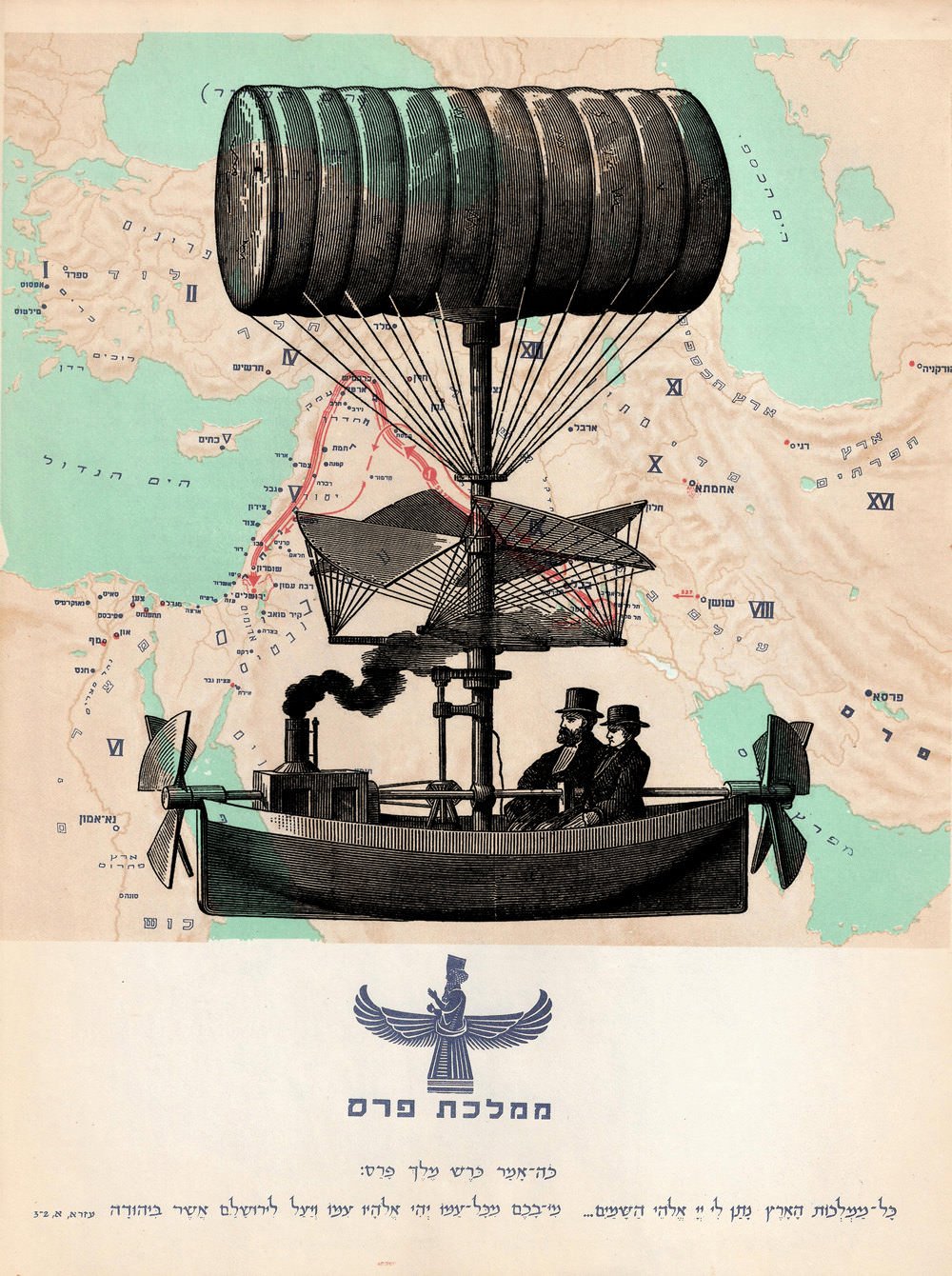 This wonderfully obscure map of the Middle East during the Tanakh Period has been modified with a steam punk flying machine screen printed over it. It’s kind of weird but weird in all the right ways, if you like it too you can check out the back catalogue here that features dozens of other, unique designs like this one.