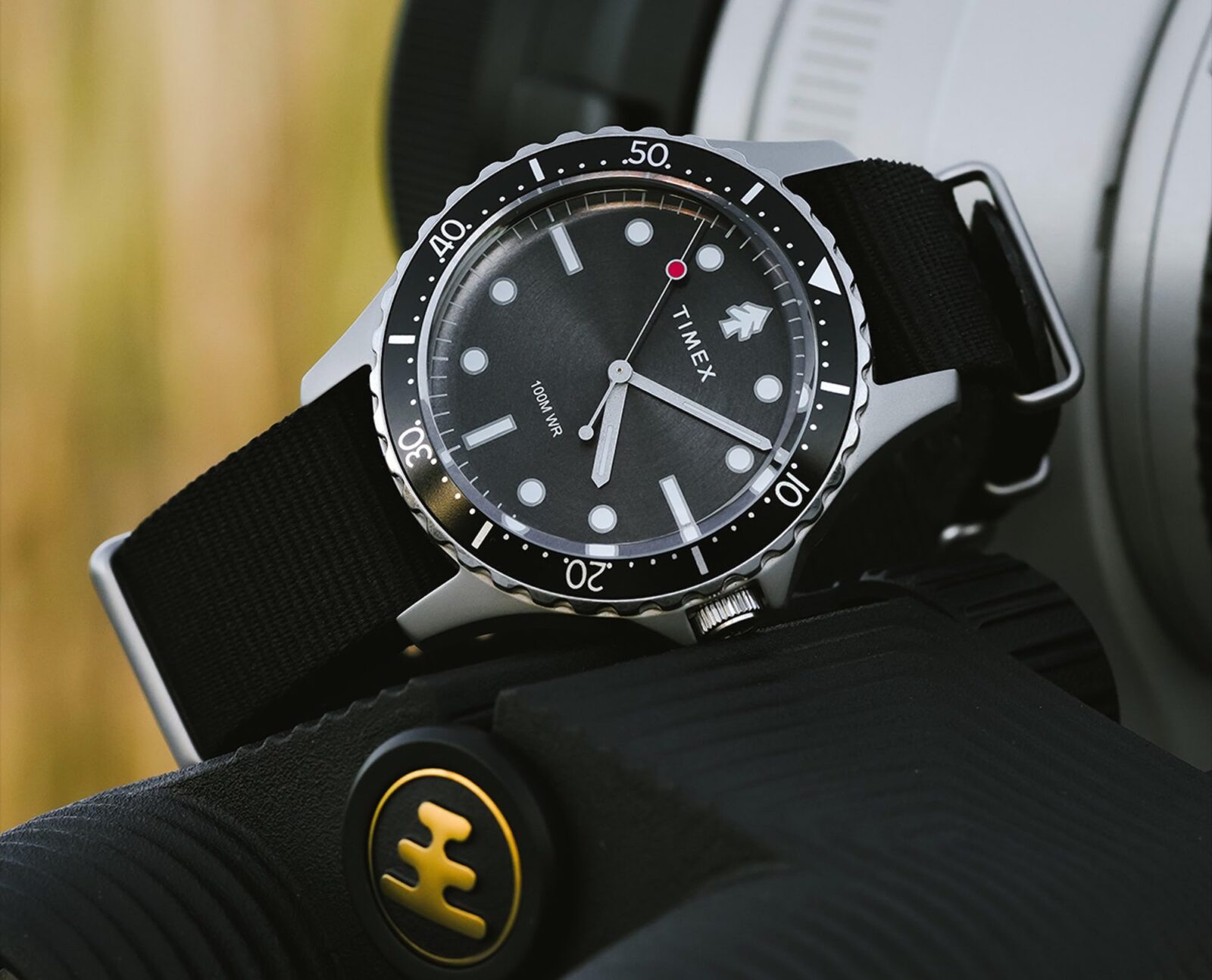 This is the new Huckberry X Timex Diver, an affordable, every day wearable watch designed to last for decades.

The watch was made as a collaborative effort between well-known adventure outfitters Huckberry and American watchmaker Timex, with an MSRP that would ensure that almost everyone could afford to add it to their collection as a watch to wear when you’re outdoors and don’t want to risk a more expensive timepiece.

Timex started out as a clock company in 1854 but over the years has found its niche making tough watches with low price points. The watches built by the company have become so ubiquitous that many of us have owned one or two already in our lifetimes, as they’re often gifted as first watches.

The Huckberry X Timex Diver is a classically style dive watch with 100 metres of water resistance and a stainless steel case and back, and a hardened mineral glass. Each watch ships with two straps – a NATO nylon strap for outdoor adventures and a tan leather strap for regular daily use.

As you would expect the Huckberry X Timex Diver is powered by a reliable Quartz movement, giving you accuracy as good or better than the best automatic movements without the associated cost. Batteries should last approximately two years and are easily replaceable.

The watch also has a rotating bezel with minute markers, luminous hour hands and dial for visibility in low light, a super brushed dial, and timeless vintage dive watch look and feel that’ll only get better with time. 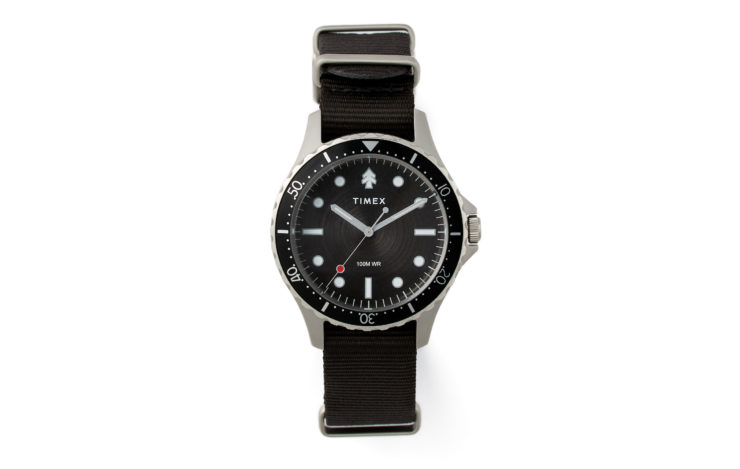 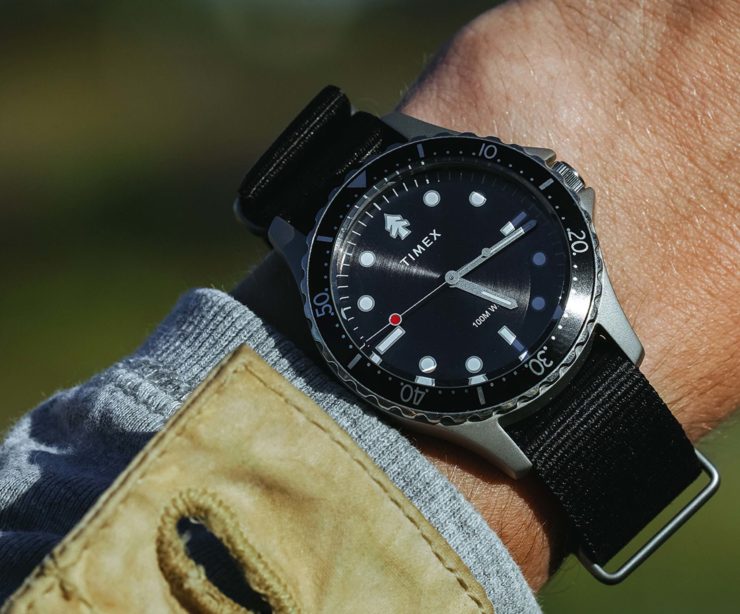 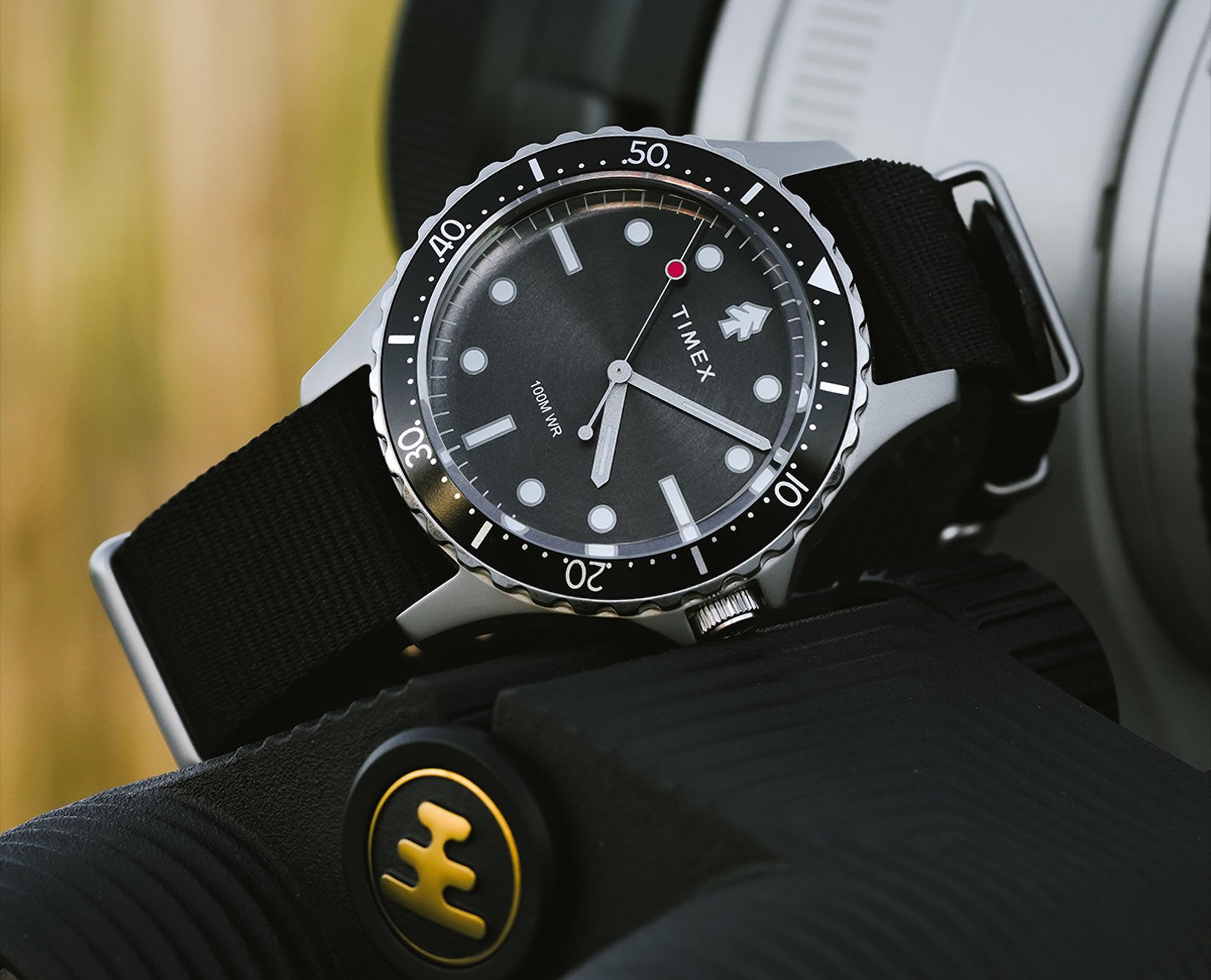