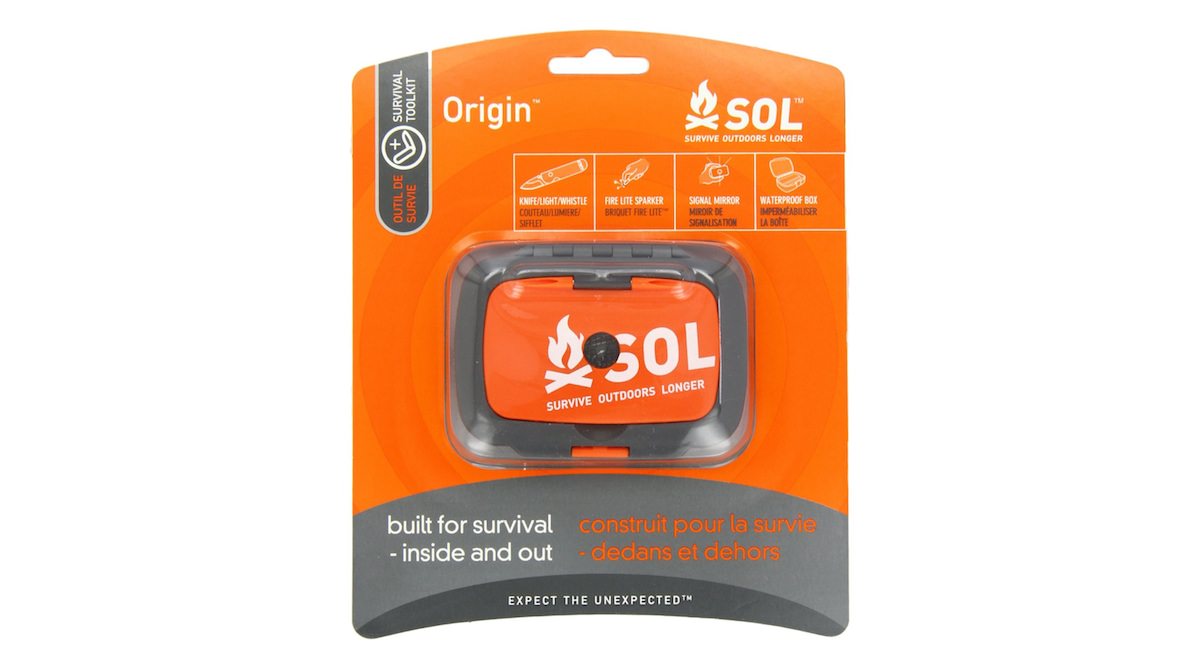 The SOL Survival Kit by Origin is intended as an all-in-one survival pack that can be stored in a pannier bag or glove compartment, then forgotten about until that rainy day comes around and you find yourself needing it. 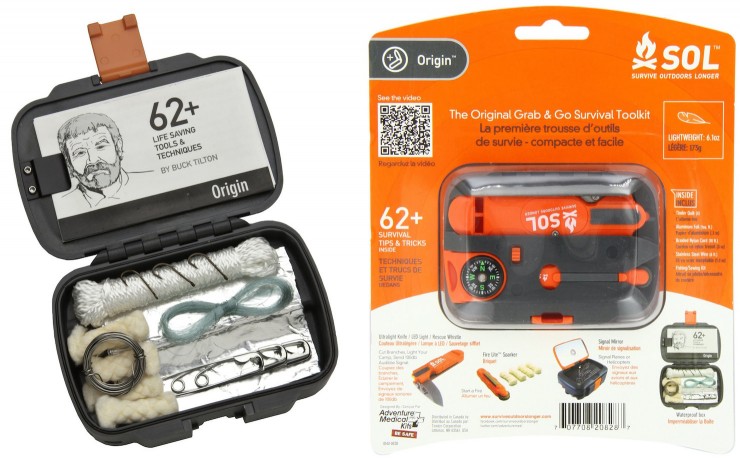