The Dirt Bike by British Customs 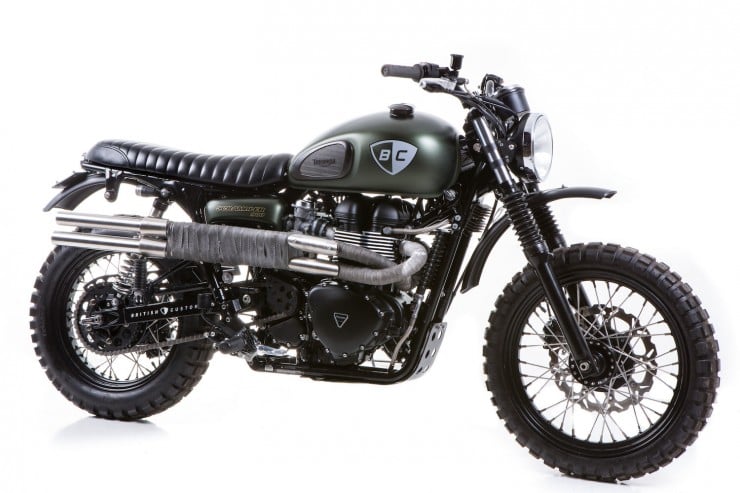 British Customs is a leading international supplier of Triumph-specific parts, accessories and gear – the market for Triumph parts has been growing exponentially in recent years and the Scrambler, Bonneville and Thruxton models have become cornerstones of the hugely popular cafe racer, flat tracker and scrambler sub-genres.

Rather than sitting on their laurels and focussing on product sales, the team at British Customs build their own bikes, often taking pre-existing Triumph models and tweaking them, as they did with the modified Triumph Scrambler you see pictured here.

The goal behind this build was to take the stock Scrambler and give it more off-road ability, the team at BC wanted a bike that would be as comfortable on dirt tracks as it is on the asphalt – making it the sort of retro dual-sport that would have been favoured by the likes of Steve McQueen and Paul Newman.

Starting with the boots, the exceptionally knobbly Continental TCXII 80 tires were chosen to enhance off-road grip in varying conditions. On the rear end a BC Retro Sprocket was added to reduce unsprung weight, new Renthal Fat Bars were bolted on to replace the stock bars, a new low profile 7” headlight was added, a new set of fenders were added front and back with the front unit mounted higher than stock, giving the bike a classic ’70s enduro look.

The full list of parts used on this bike is longer than your arm but if you’re interested you’ll find the full build package here courtesy of British Customs. If you’d like to see more of their builds, you can click here to see their full collection of customs. 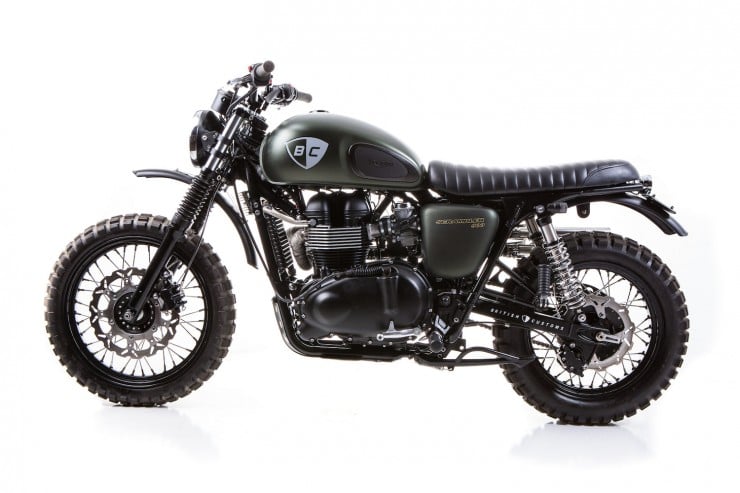 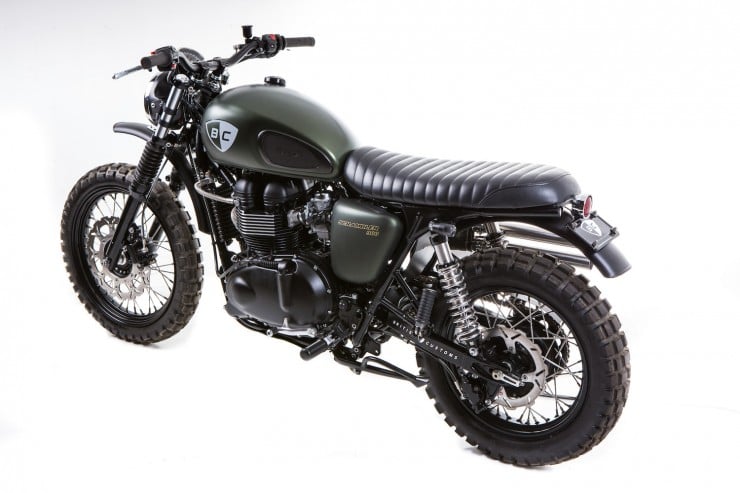 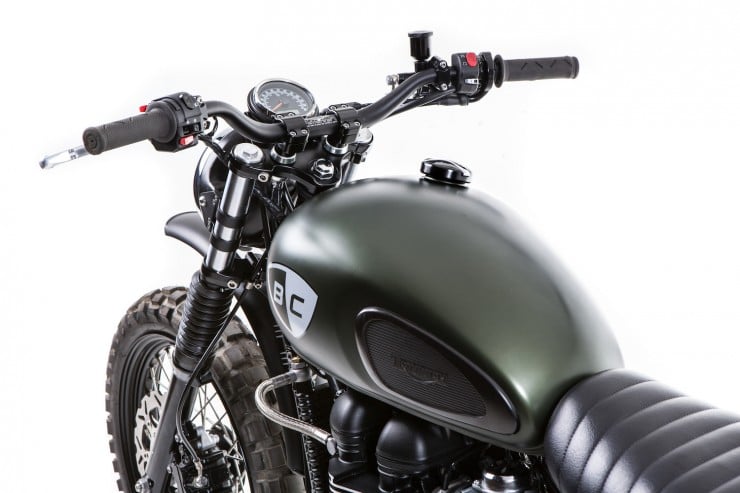 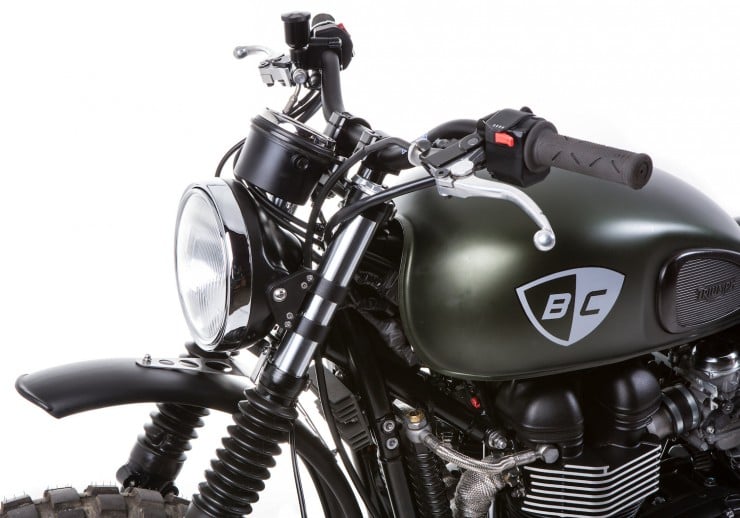 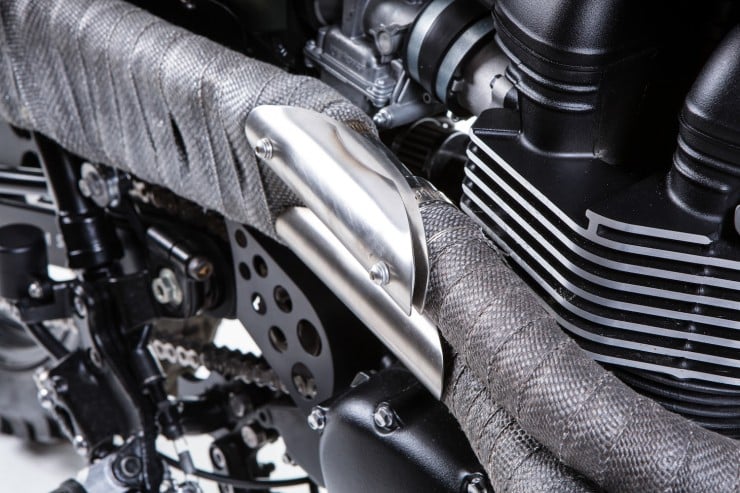 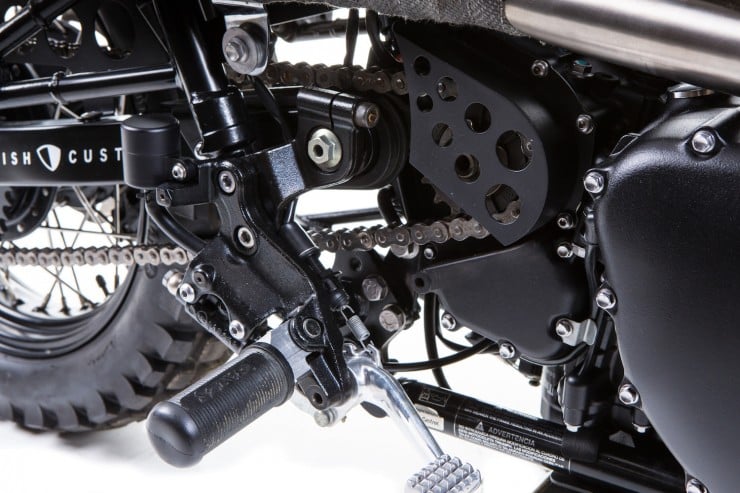 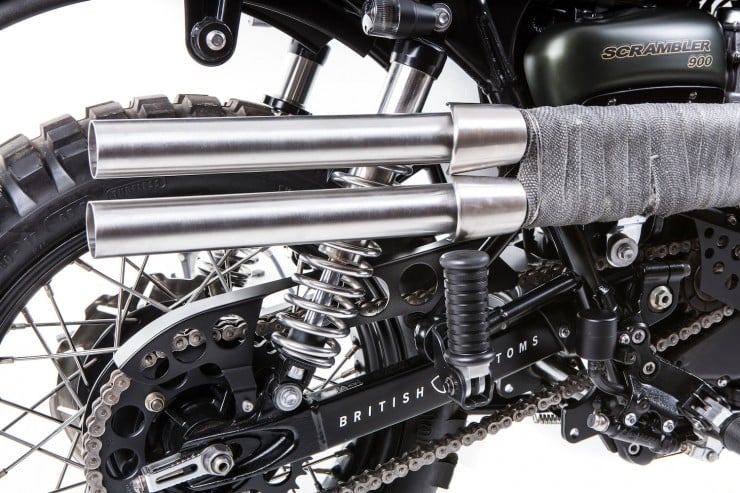 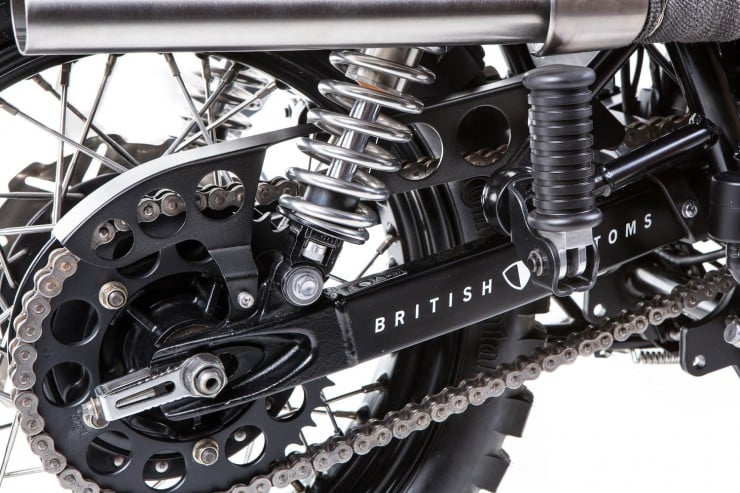 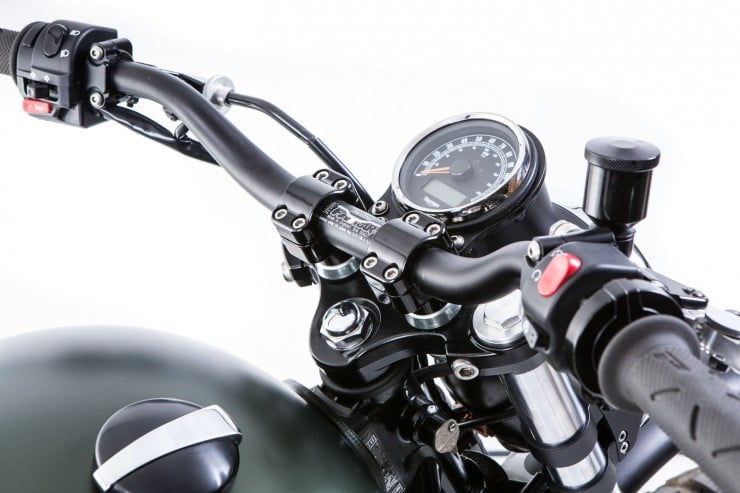 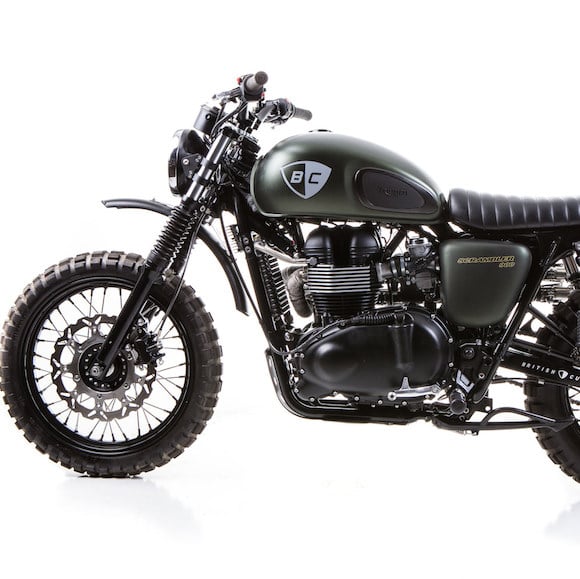