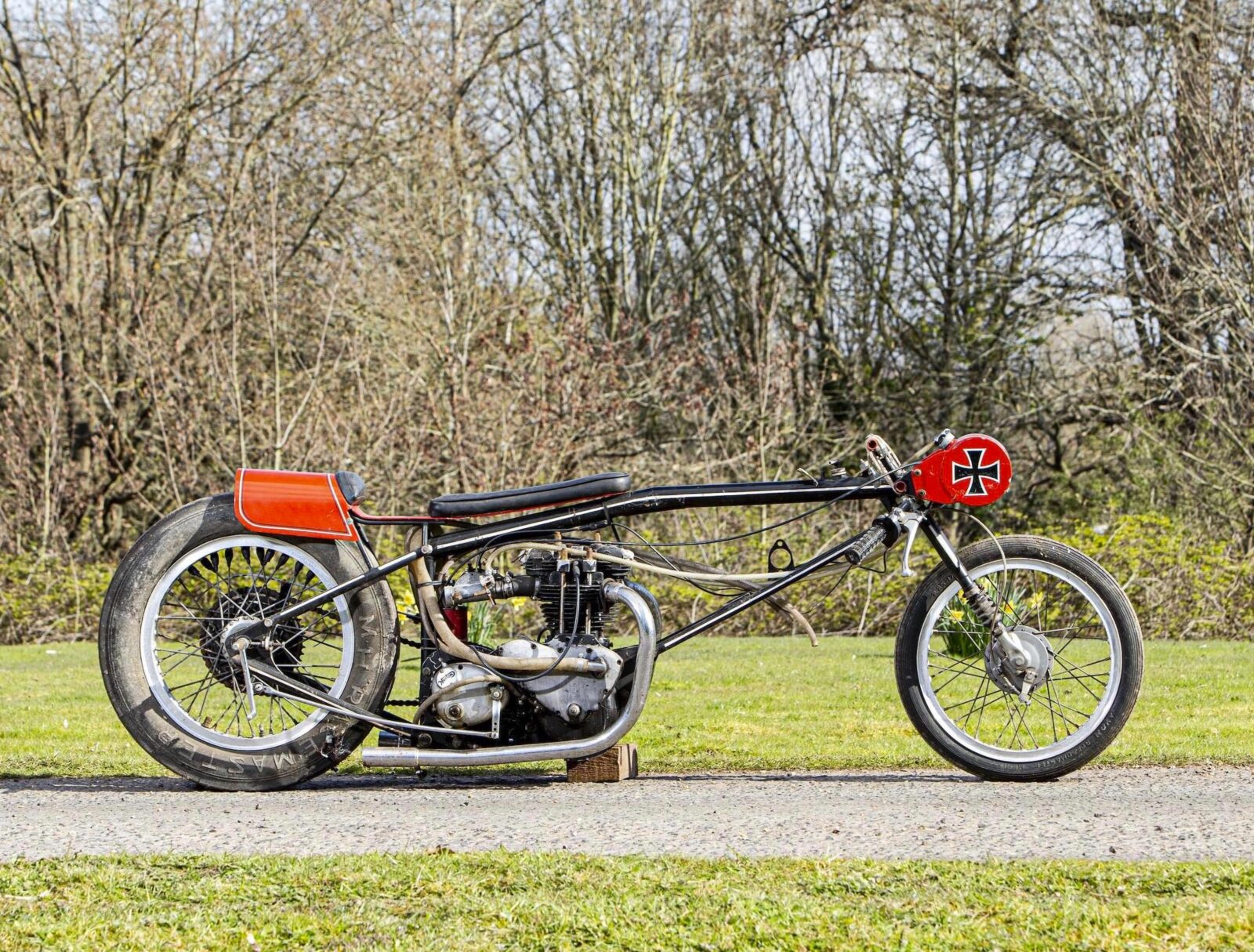 This unusual Triumph-based drag bike was built by the Baron family, who became well known for building car-engined sprint and drag bikes. We know that at least one of these car-engined race bikes was called the “Warbird” and this seems to have been a theme for the family, possibly due to their surname.

The motorcycle you see here was built using a custom tubular steel frame, the top tube of which doubles as the fuel tank for weight savings. The bike a clear design influence from the red Fokker Dr.I triplane flown by ace pilot Manfred von Richthofen aka “The Red Baron” during the First World War.

It’s likely that this Red Baron livery was chosen as a reference to the Baron surname of the family who built it, and they’ve fitted it with a small red winglet up front featuring a black iron cross with a small red cowl behind the seat.

Power is provided by a 650cc Triumph pre-unit motor, an engine with a separate engine and gearbox as opposed to later designs that would combine these two into a single casing to save weight, these are known as “unit engines.”

The design of this Triumph parallel twin would revolutionise the British motorcycle industry when it was released in 1937 as the “Speed Twin.” Up until this time it was generally believed in Britain that the key to motorcycle racing success was a large capacity single-cylinder engine. 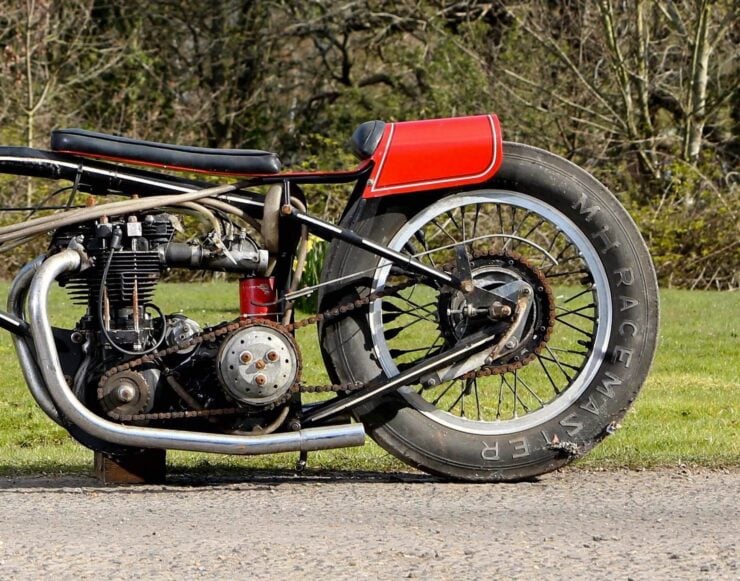 Above Image: The engine is fitted with twin Wal Phillips fuel injectors, open exhausts, and it has an open primary.

The Triumph parallel twin designed by Edward Turner turned this thinking on its head, and within a few short years many of the major British motorcycle manufacturers had their own parallel twins in production.

These twin cylinder Triumph engines would go on to power everything from road racing motorcycles and Isle of Man TT winners, to desert racing scramblers in the wilderness of Southern California and drag racing bikes like the one shown here.

Now a whole lot is know about this bike, though we do know that it has a Norton/AMC gearbox and a highly tuned Triumph engine with twin Wal Phillips fuel injectors. It’s not been run in some time so if the buyer wants to have it operational it will need a recommissioning or perhaps a full rebuild.

The bike has a single and quite small front drum brake, there’s no rear brake, and it uses telescopic forks up front as well as rear-set foot controls for the rider. The rising position is relatively standard for a drag racing bike – the rider essentially lays face down to minimize their frontal area, their feet are up on the rear sets and they try to stay as low as possible as they make each run. 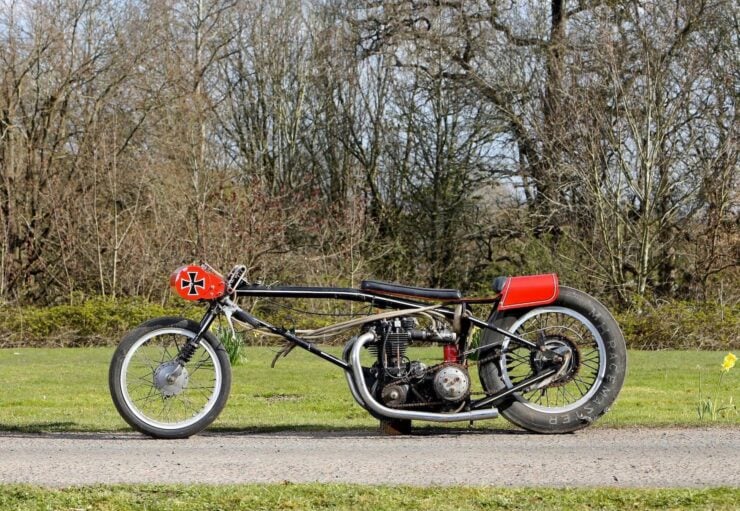 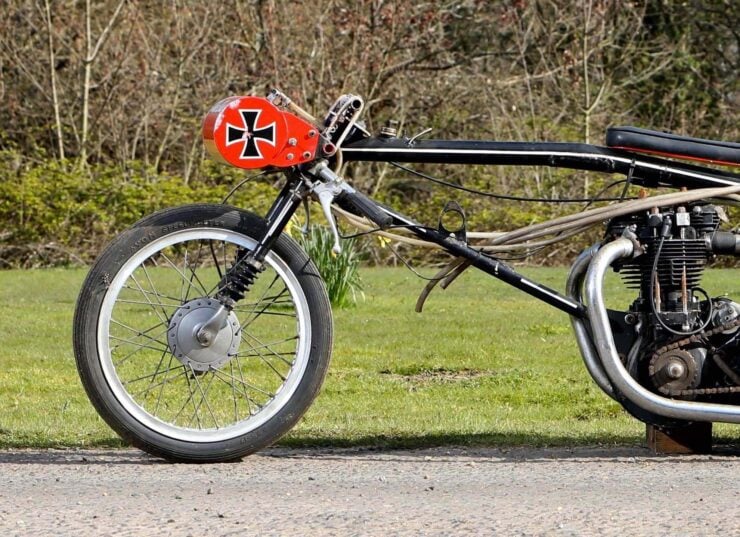 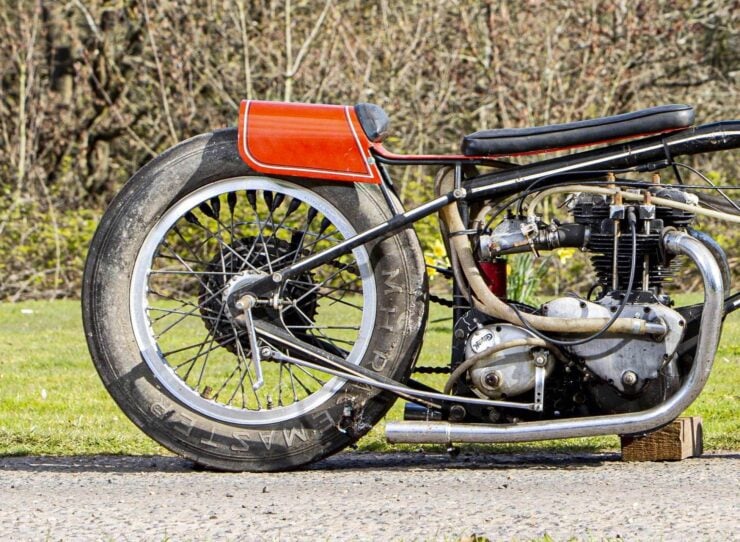 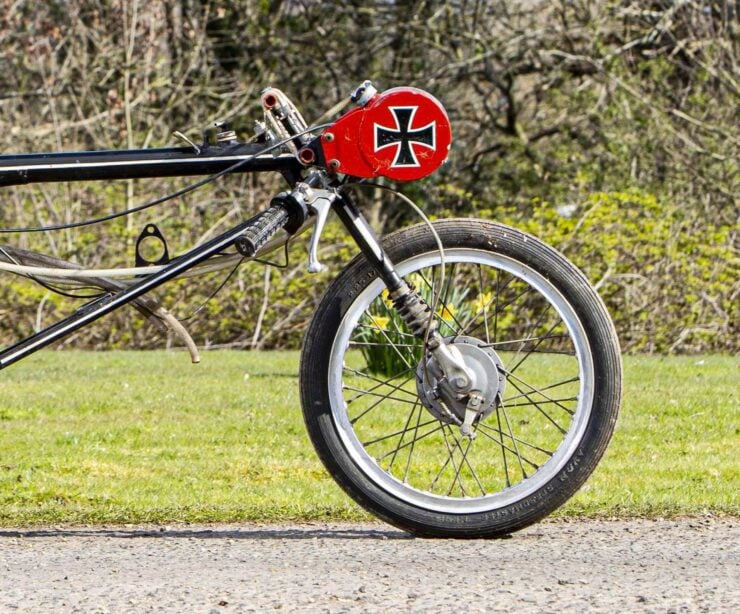