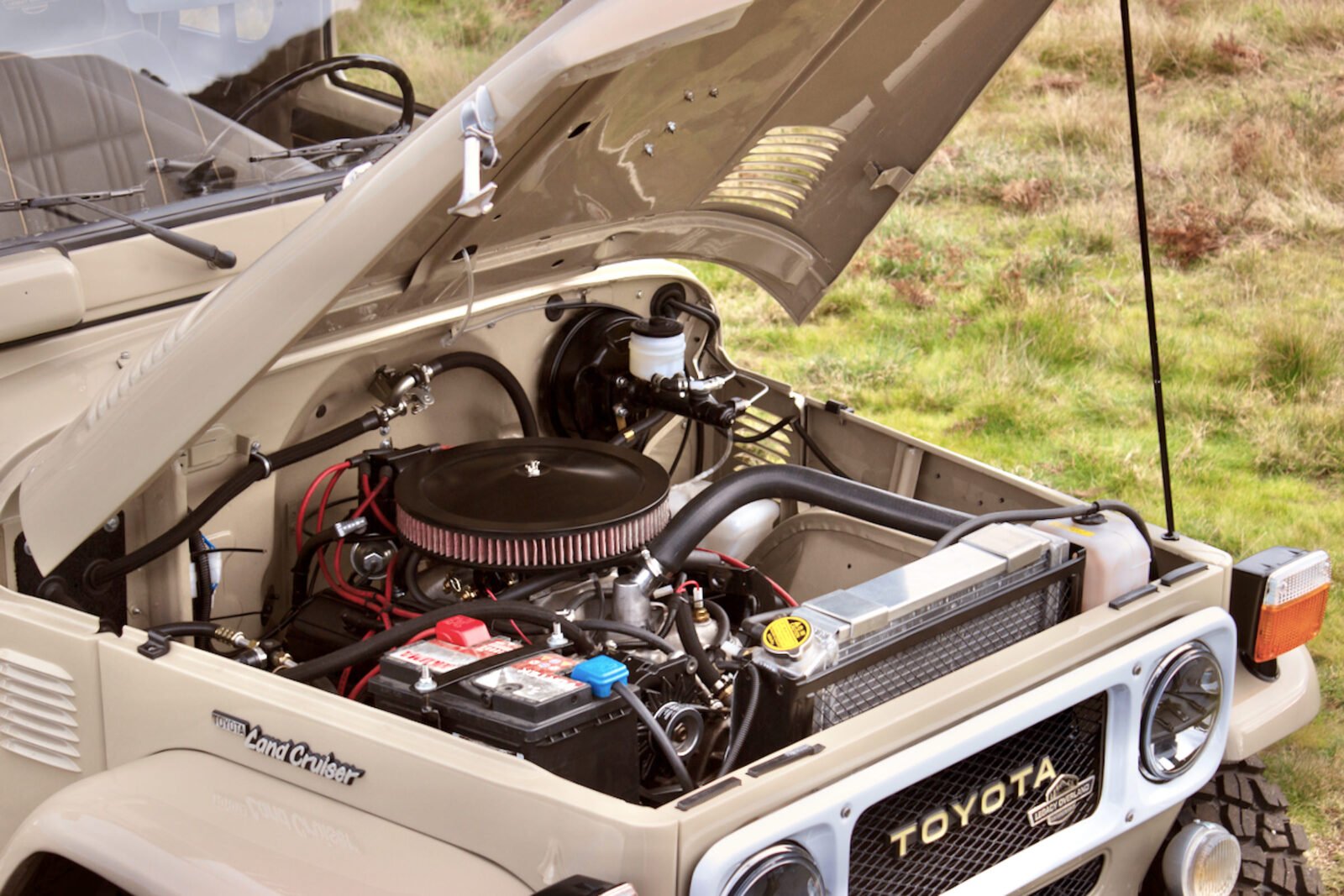 This 1982 Toyota Land Cruiser FJ40 has had a comprehensive rebuild, it’s now packing considerably more power than it was when it left the Toyota factory in the early 1980s thanks to a 5.7L 350 cu. in.V8 small block crate motor courtesy of GM that’s sending power back through a 700R4 4-speed automatic – also known as a GM Turbo Hydra-Matic.

The vehicle is the work of Legacy Overland, one of the world’s leading vintage 4×4 specialists. The company was founded by Robert Madeira Greenwich, Connecticut specifically to create tailor-made classic four-wheel drives designed to match the needs of their clients.

The popularity of vintage four-wheel drives has been exploding in recent years, vehicles like Series Land Rovers, J-Series Toyota Land Cruisers, early Ford Broncos and International Scouts, CJ-Series Jeeps, and Range Rover Classics have seen the values skyrocket and demand for them continues to climb. 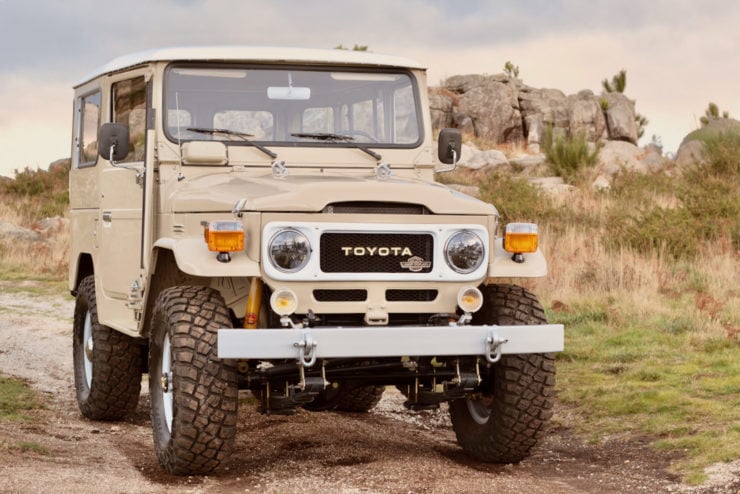 The FJ40 and its siblings in the J-Series model line are the vehicles that really put the Land Cruiser on the map for most people back in the 1960s and ’70s. It battled for sales with Series Land Rovers and CJ Jeeps in North America, Australia, Africa, and South America. It proved popular due to its reliability and toughness, and it remains so today.

As a 1982 FJ40 this vehicle would have been initially fitted with a 4.2 litre inline-6 gasoline Toyota 2F series engine with overhead valves, 135 hp, and 200 ft lbs of torque. During the restoration process this original engine was removed and replaced with a brand new small block V8 that produces considerably more torque and power.

The 350 small block fits neatly in the FJ40 engine bay, it also has a shorter length than the original Toyota inline-6 and so it slightly shifts weight distribution back towards the firewall. The engine is mated to a GM Turbo Hydra-Matic offering excellent around-town drivability whilst still maintaining the transfer case and the full four-wheel drive functionality.

During the restoration the team at Legacy Overland also fitted the vehicle with uprated Old Man Emu light load +2” leaf springs paired with Old Man Emu suspension components (shackles, bushings etc.). Hydraulic Saginaw power steering was also fitted, along with upgraded disc brakes front and rear, Terrain Tamer gas shock absorbers, and LED headlights. The underbody has been painted with Raptor paint for extra protection and it was fitted with galvanised hardware throughout. 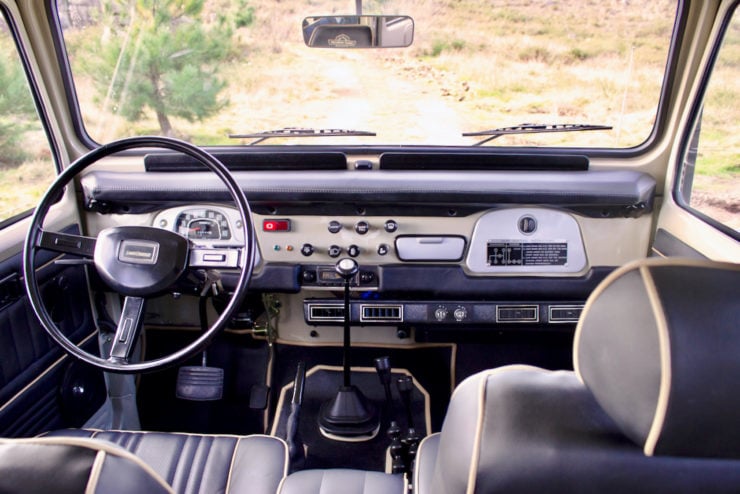 The 350 cu. in. V8 is topped with a Weber 600 CFM carburetor with an electric choke and inside the cabin you’ll find reupholstered seats, a custom fabricated cubby box, a stereo, a USB charging port, and air conditioning.

The FJ40 now rides on BFGoodrich Mud Terrain tires (KM3 285/75 R16) on 16” OEM steel wheels with chrome OEM hub caps, and the spare wheel is mounted on a rear swing-out carrier. It’s been finished in Desert Storm Tan paint with a black interior that features piping that matches the paint.

All-original FJ40s can be a little difficult to live with as daily drivers (though many do manage it), but this one is essentially the perfect contender for a genuinely daily-usable vintage Land Cruiser – with power steering, air conditioning, modern brakes and a new engine, a modern stereo, and even sound deadening.

If you’d like to read more about this vehicle or get in touch with Legacy Overland about commissioning your own you can click here to visit their website. 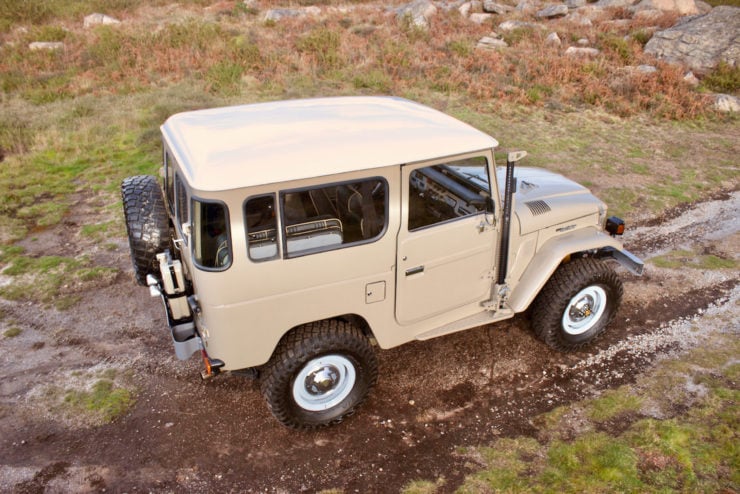 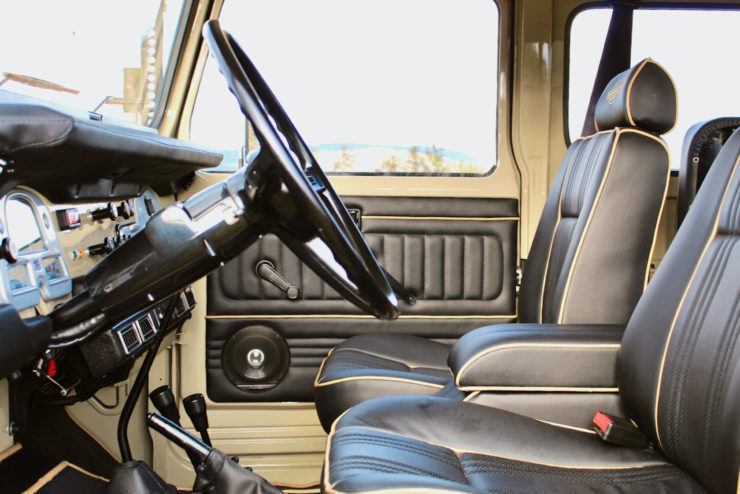 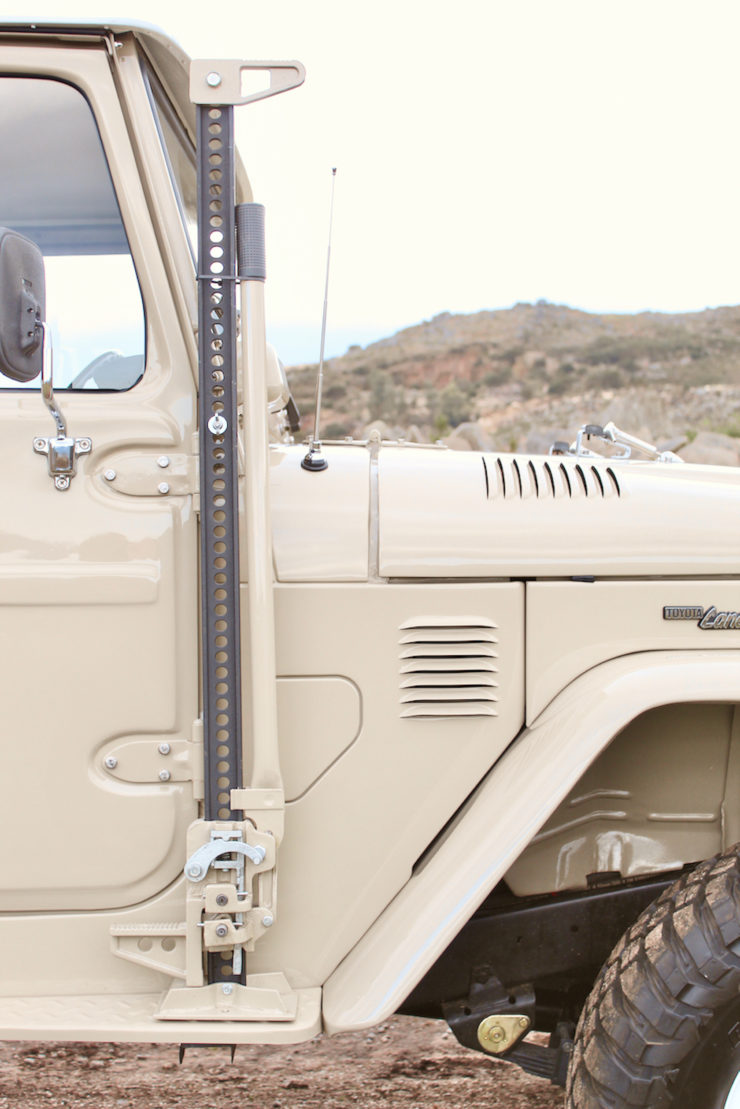 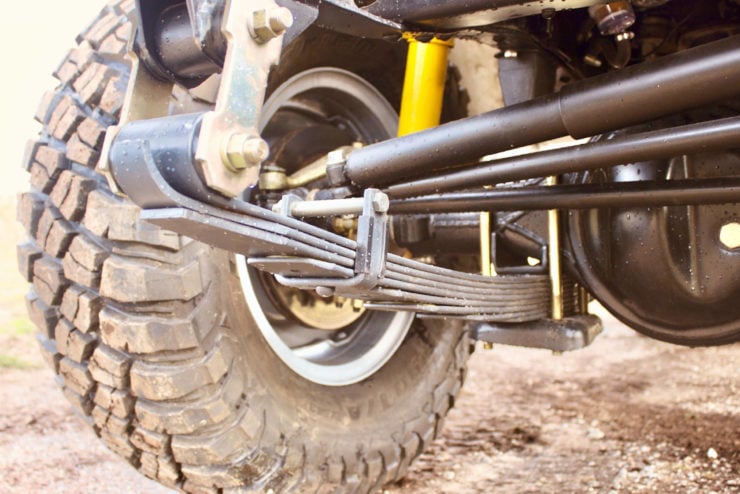 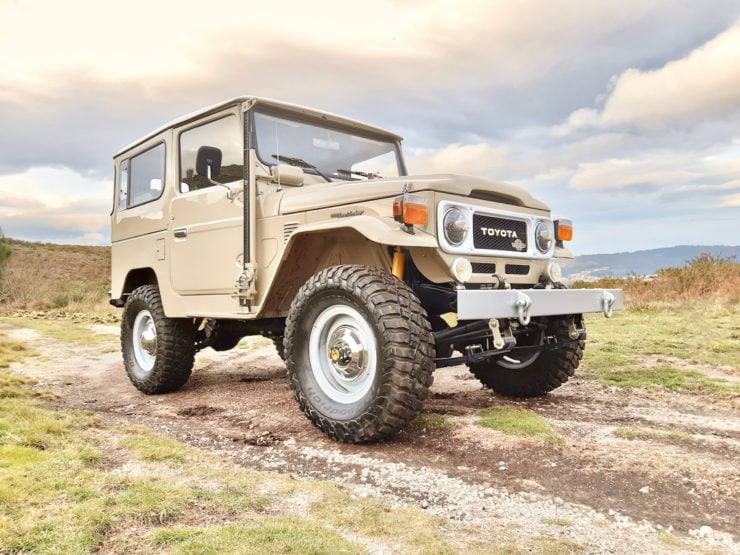 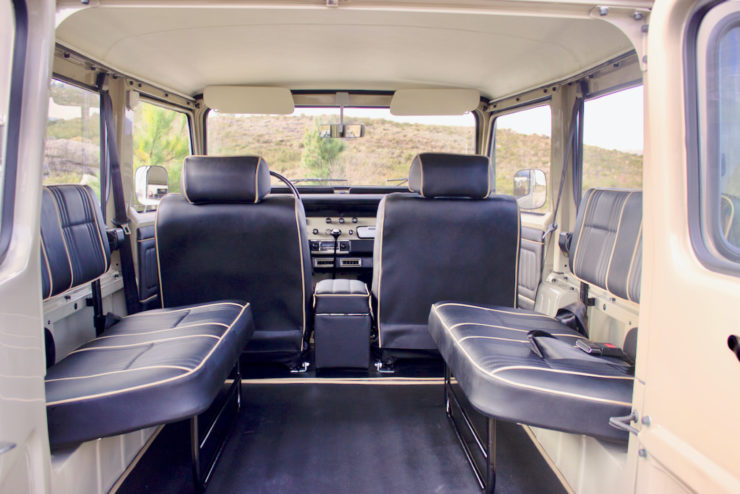 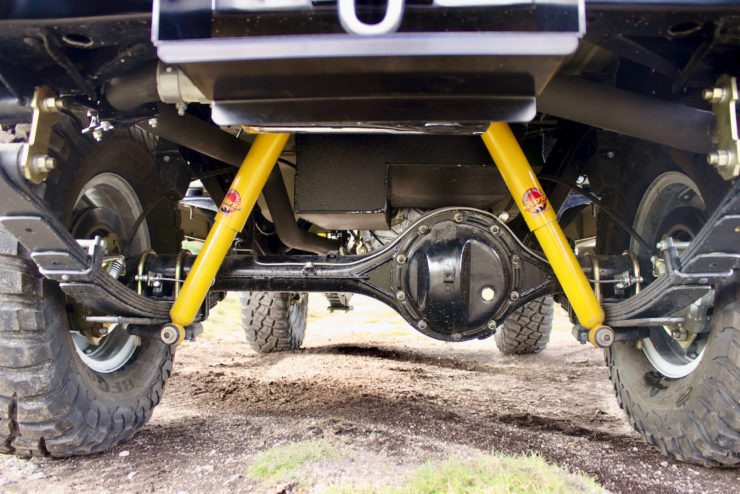 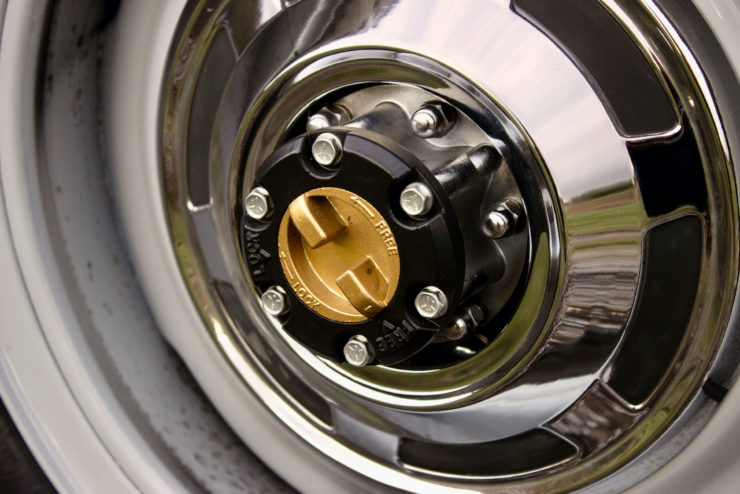 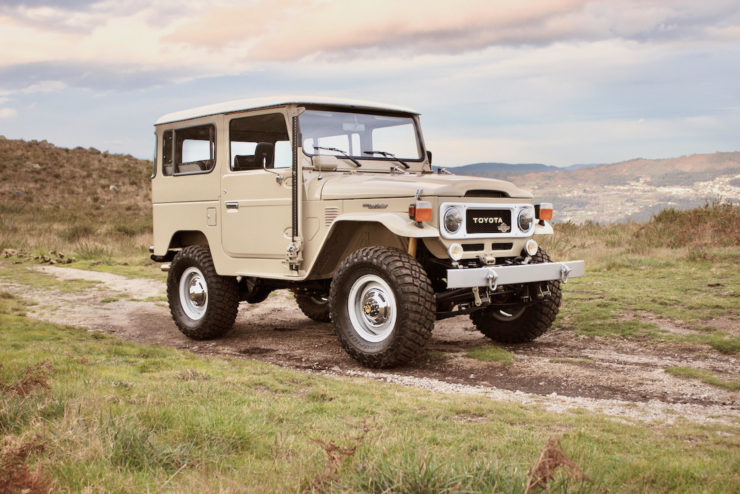 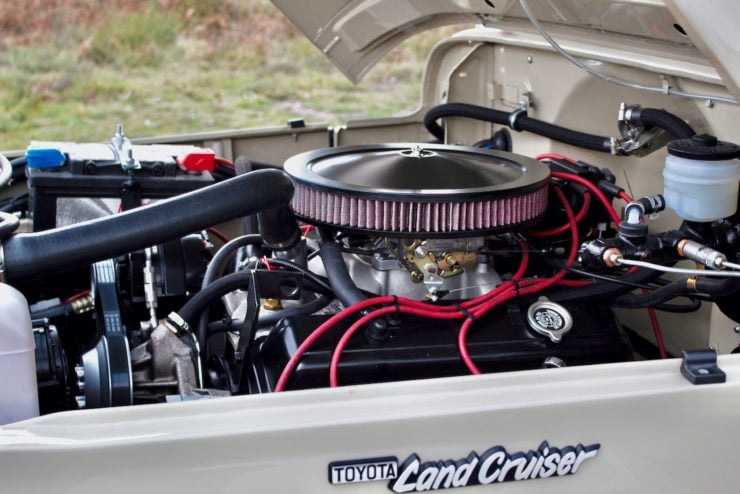 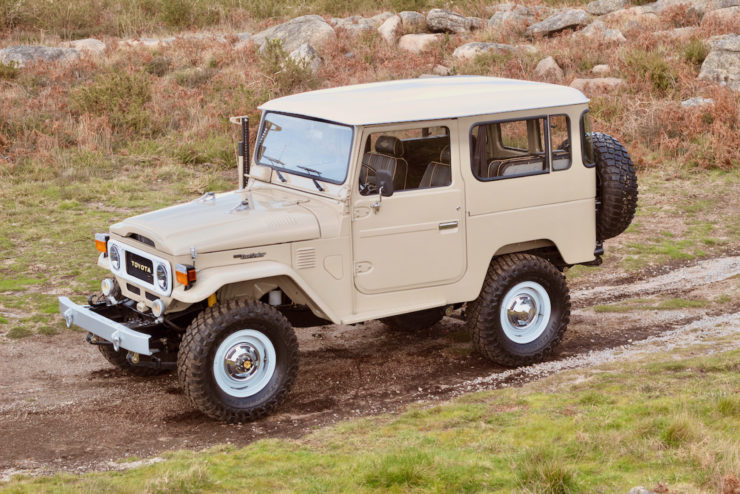 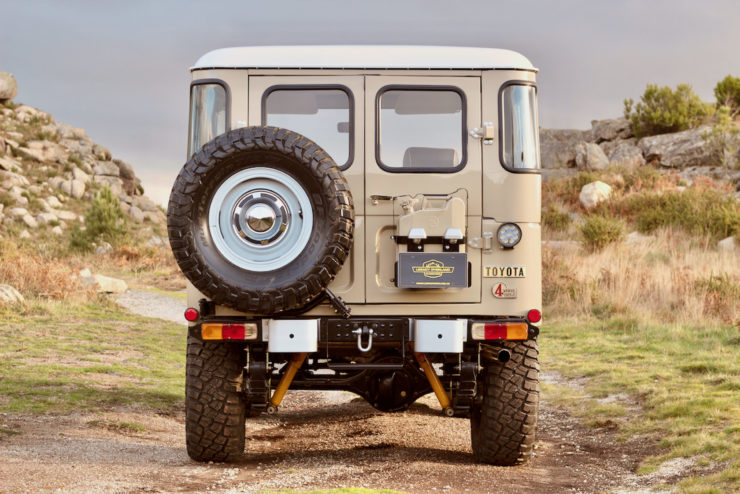 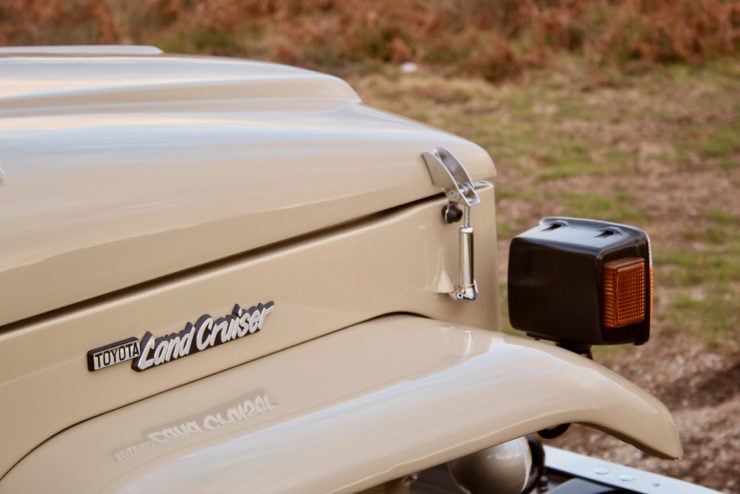 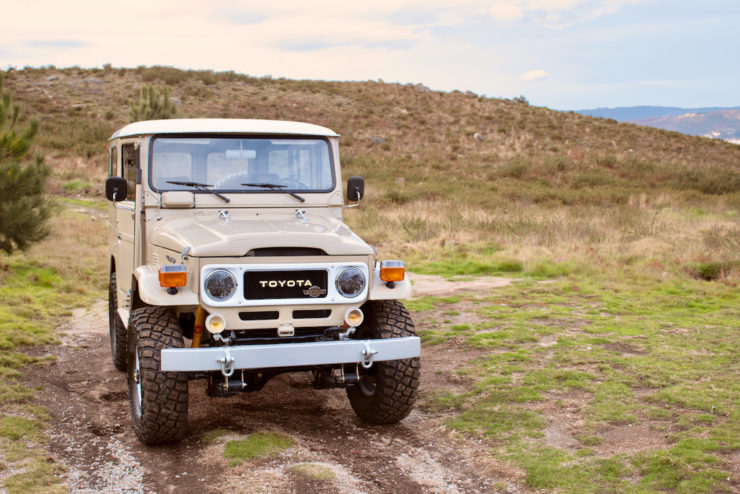 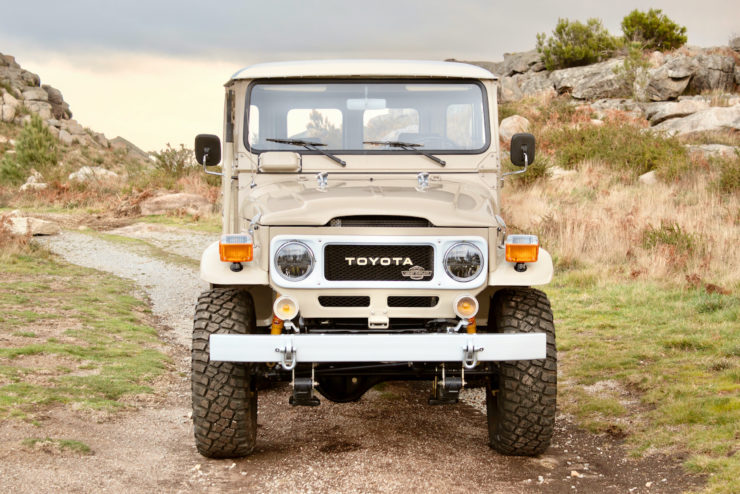 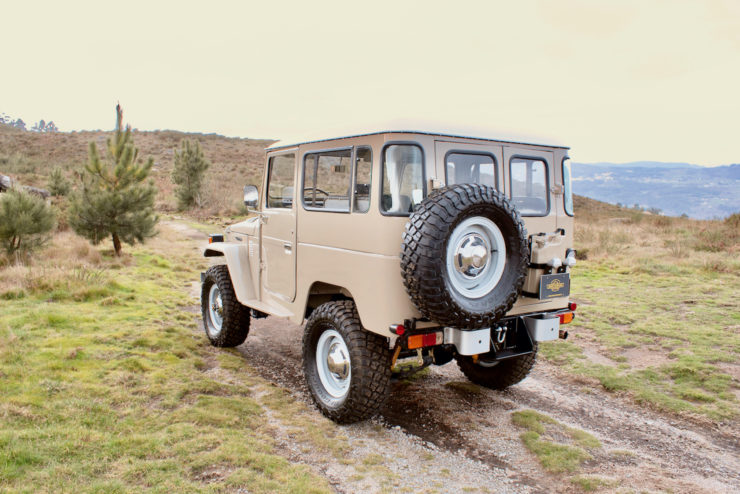 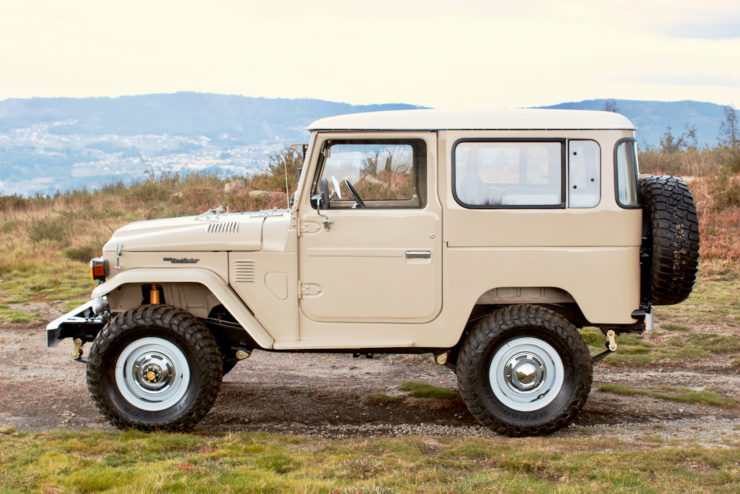