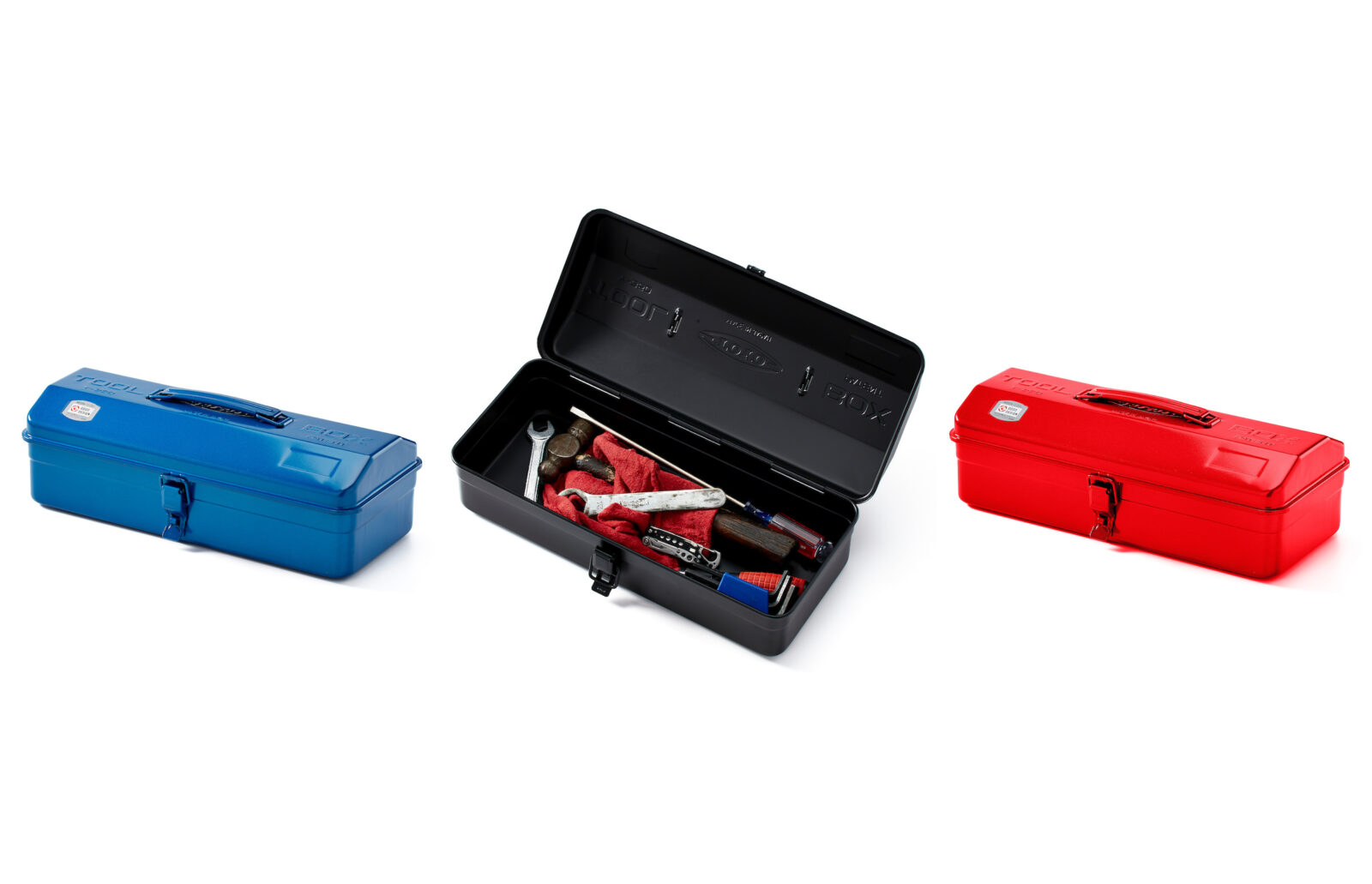 The Toyo Camber Top Tool Box has developed a great reputation as the ideal home tool box, each one is made from a single sheet of stamped, high quality steel and then coated with a long-lasting enamel finish.

Whereas your typical garage tool box will typically be much larger with more internal space, the kind of tool box that most people need for use around the house is often smaller as it only needs to contain basic mixed items like a few screwdrivers, pliers, a multimeter, an Allen key set, some small wrenches, and a few other simple tools.

The Toyo Camber Top Tool Box measures in at 6″ deep x 14″ wide x 4½” high and weighs in at 2.6 lbs, meaning it can be easily stashed away in a closet, drawer, or cupboard. Toyo offer the tool box in the colors red, blue, black, and silver, it has a latch for the front which can be padlocked for security, and it has a simple all-steel carry handle.

Each tool box is made in Osaka, Japan and designed to last a lifetime of typical use, if not longer. Some have opted to use these as carry cases for art supplies, boxes for electrical components, and portable automotive tool boxes for vintage cars due to the easily transportable size and low weight. 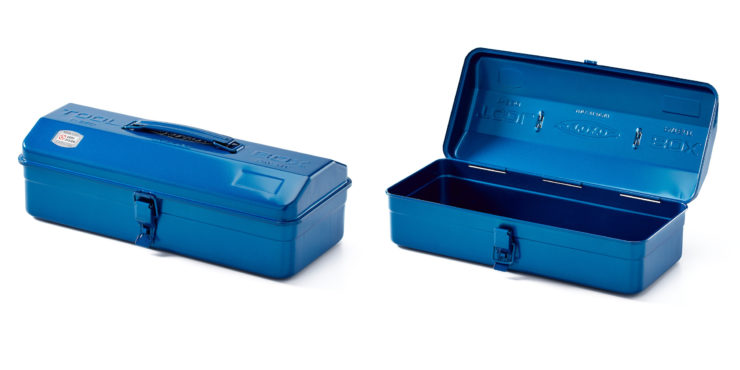 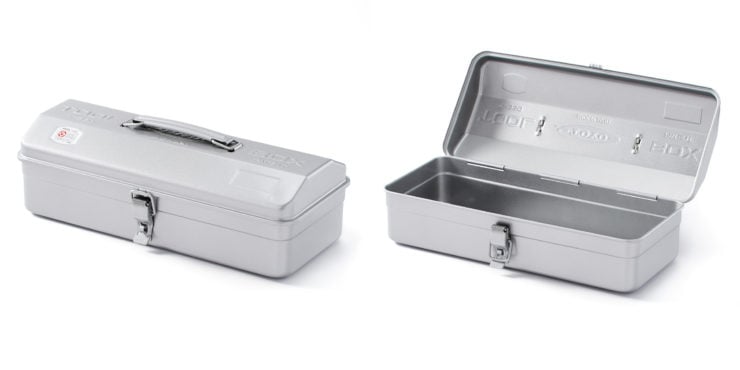 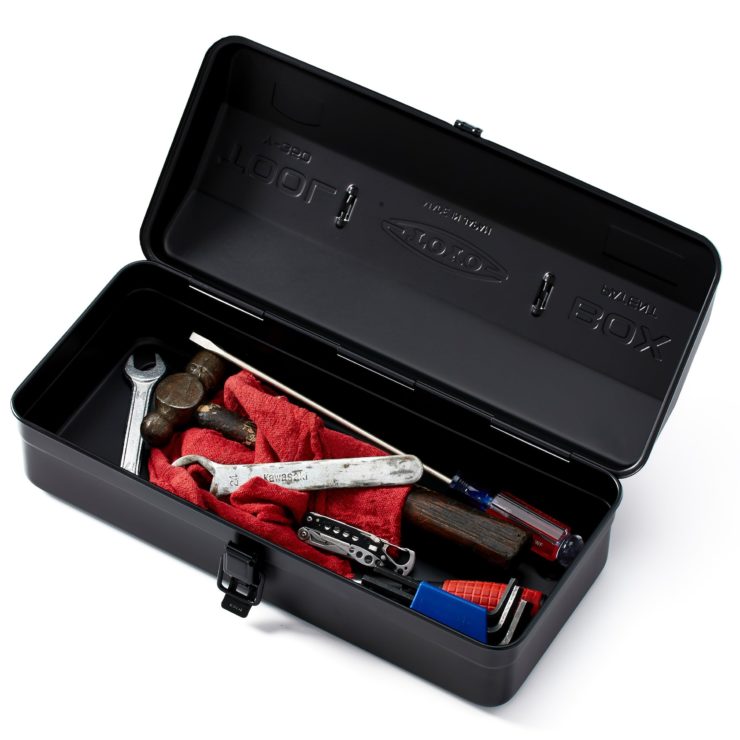