These are the new Todd Snyder X Randolph Aviator sunglasses, they’re based on the AF325-TS 58mm model and each pair is handmade in the USA using a construction sequence that involves over 200 stages from start to finish.

Randolph Engineering has been manufacturing standard issue military aviator sunglasses to US fighter pilots since 1978. Interestingly the company was founded back in 1973 in Randolph, Massachusetts by a pair of new immigrants – Jan Waszkiewicz and Stanley Zaleski. 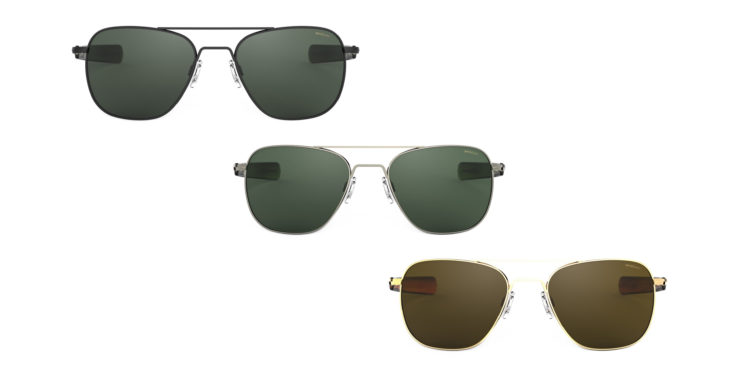 These are the three colorways on offer from top to bottom: Black, Gunmetal, and Gold.

Waszkiewicz was a former Royal Air Force navigator and Zaleski was a machinist. They combined their knowhow to create Randolph Engineering, their goal was to create the best military-grade sunglasses in the world.

Impressively they won their first US military contract within five years for the Randolph HGU-4/P Aviator design. These sunglasses have now been standard military issue for well over 40 years, they’ve been worn by Navy, Air Force, and Army pilots as well as a number of NASA astronauts. 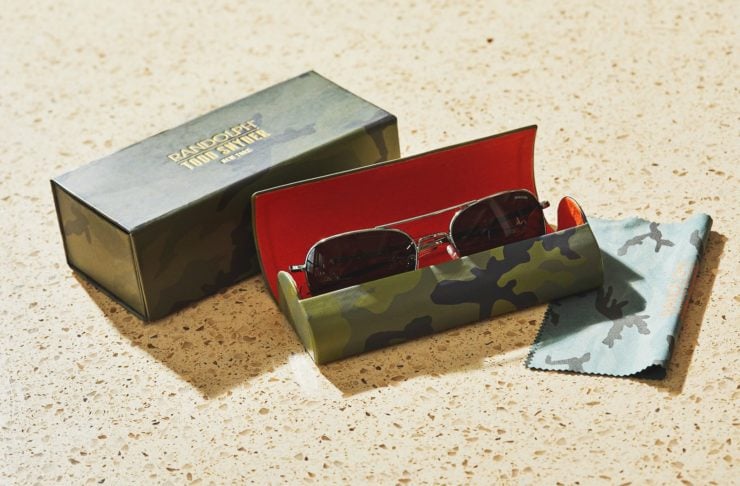 Each pair of sunglasses comes in a presentation box, with a protective carry case and a lens cloth.

Each pair have bayonet-style temples to allow them to be put on or taken off while wearing a helmet, they have SkyTec™ Glass polarized lenses with Vector™ anti-reflective and Blue Wave™ lens technology, the enamel top coat is twice-baked at 400 degrees for durability, and they come with a lifetime frame warranty. 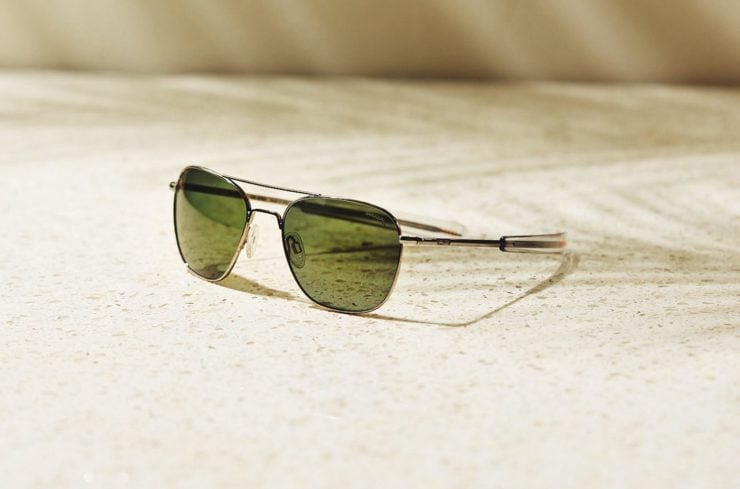 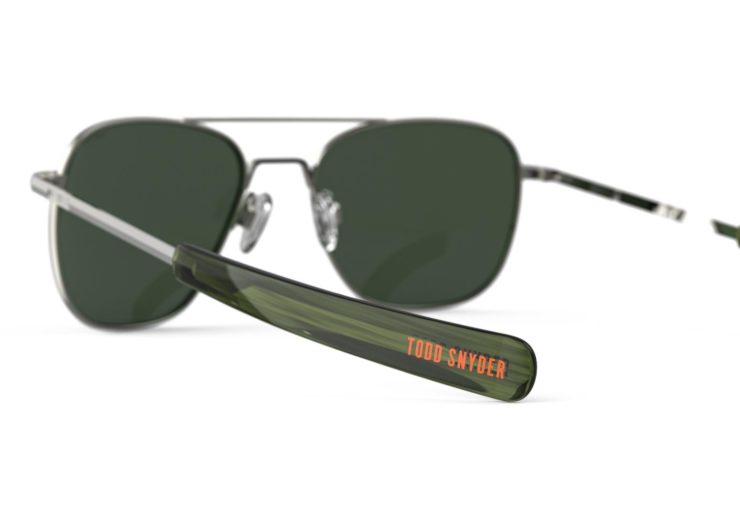 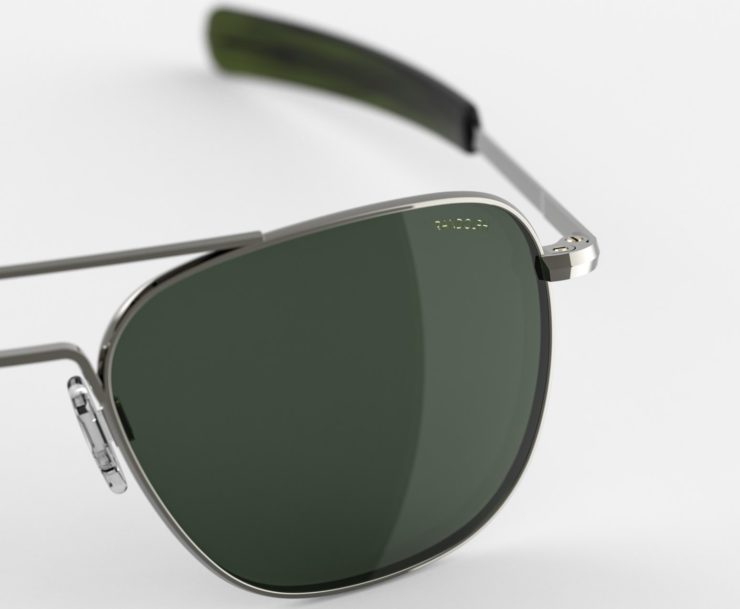 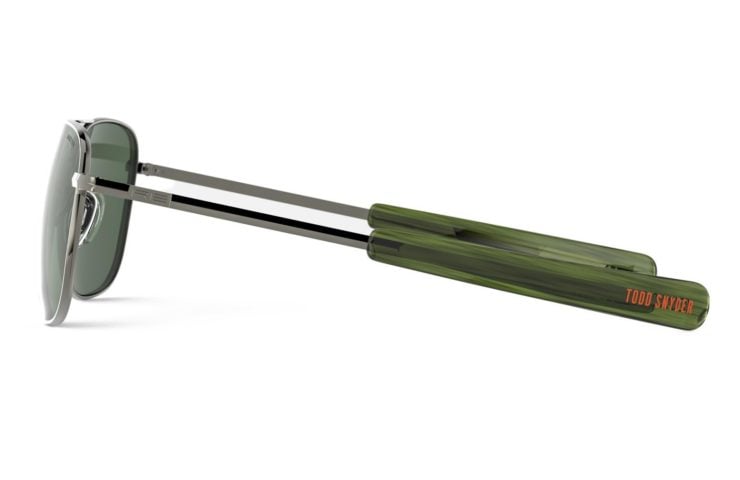