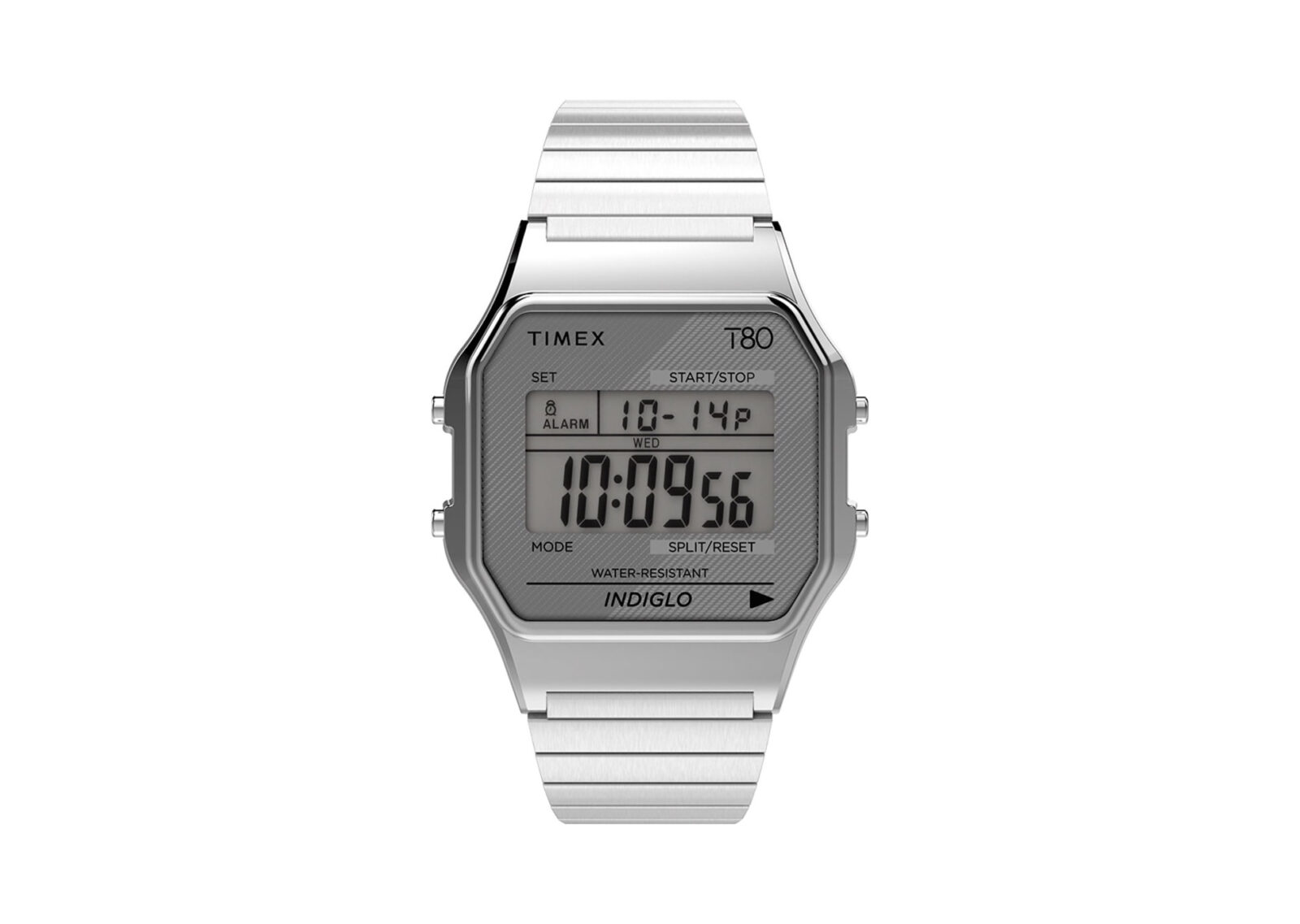 The Timex T80 is a reissue of one of the company’s first digital watches from the decade of big hair, synthesizers, DeLoreans, the Moonwalk, ALF, the Walkman, and Marty McFly.

Digital watches exploded onto the scene in the 1980s and became fashion statements in their own right, the Japanese led the way but American and European watchmakers weren’t far behind, and Timex was one of the first.

Known for over a century of making some of the toughest and most affordable watches in the United States, Timex was quick to develop their own line of digital watches featuring a range of desirable functions. These functions included things like alarm clocks, a date display that included day, month, and year, highly accurate digital chronographs, backlit displays, and a slew of other new technology – some digital watches even had calculators or televisions built in.

Compared to the mechanical watches of old, digital watches seemed like something from the future, and they very nearly killed the traditional watchmaking industry. In the 1980s the must-have items included the essentials like hairspray, a Sony Walkman, tokens for Pacman, a Ghostbusters t-shirt, and of course, a shiny new digital watch – few young people had even a passing interest in automatic watches from Switzerland that cost as much as a gleaming new Pontiac Fiero.

The Timex T80 was developed to capture the best of the 1980s designs, it has a rectangular display with an alarm function, a month, day, and date display, an INDIGLO® night-light, a digital chronograph accurate down to 1/100th of a second, and it’s water resistant to 30 meters.

Timex have paired this reissue with a classic stainless steel expansion band that stretches from 153 mm to a max of 254 mm, allowing wearers to easily slide it on and off. Both black and silver colorways are available and the watch has a case width of 34 mm, a thickness of 10 mm, a lug width of 18 mm, and an affordable MSRP of just $59 USD. 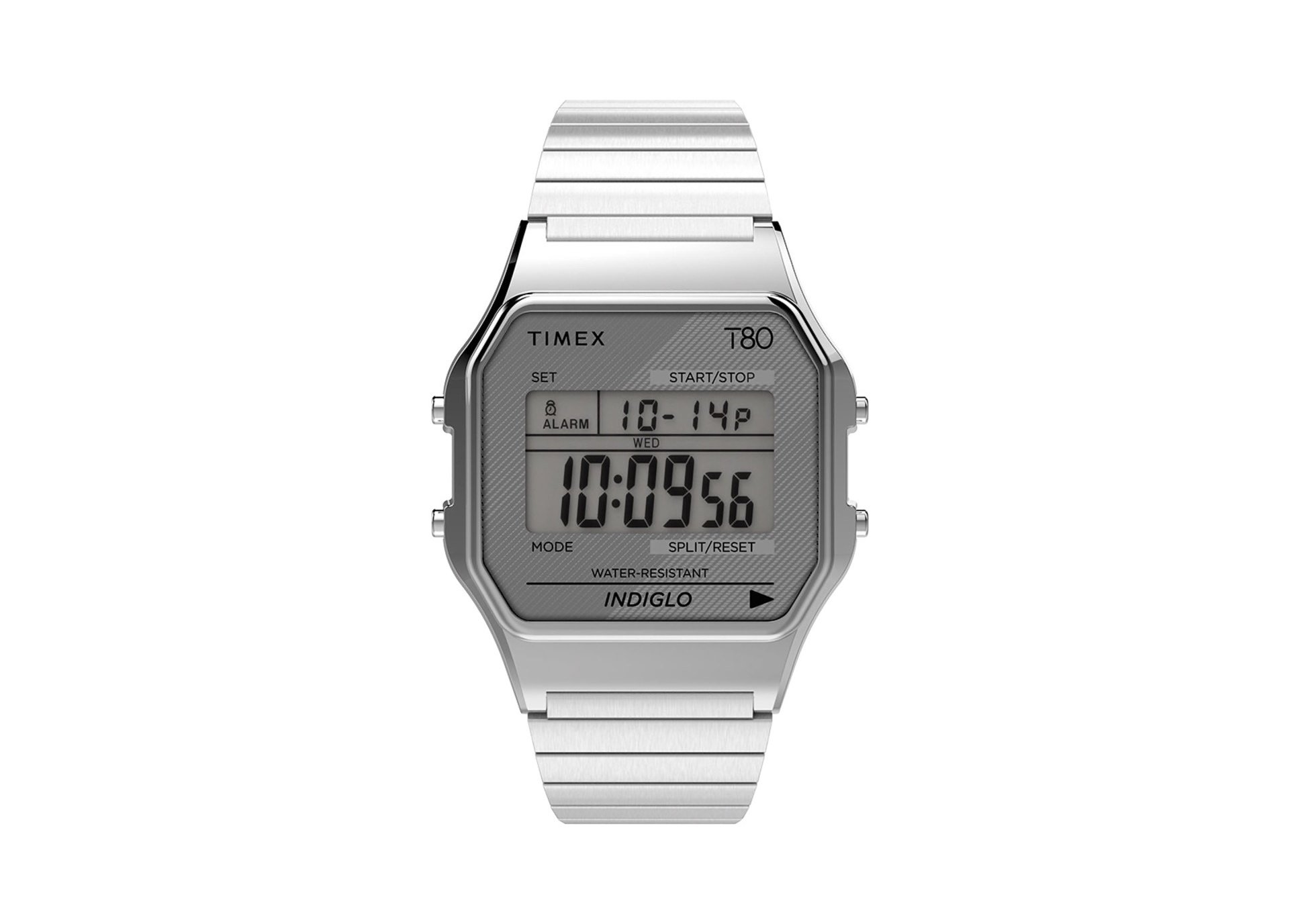