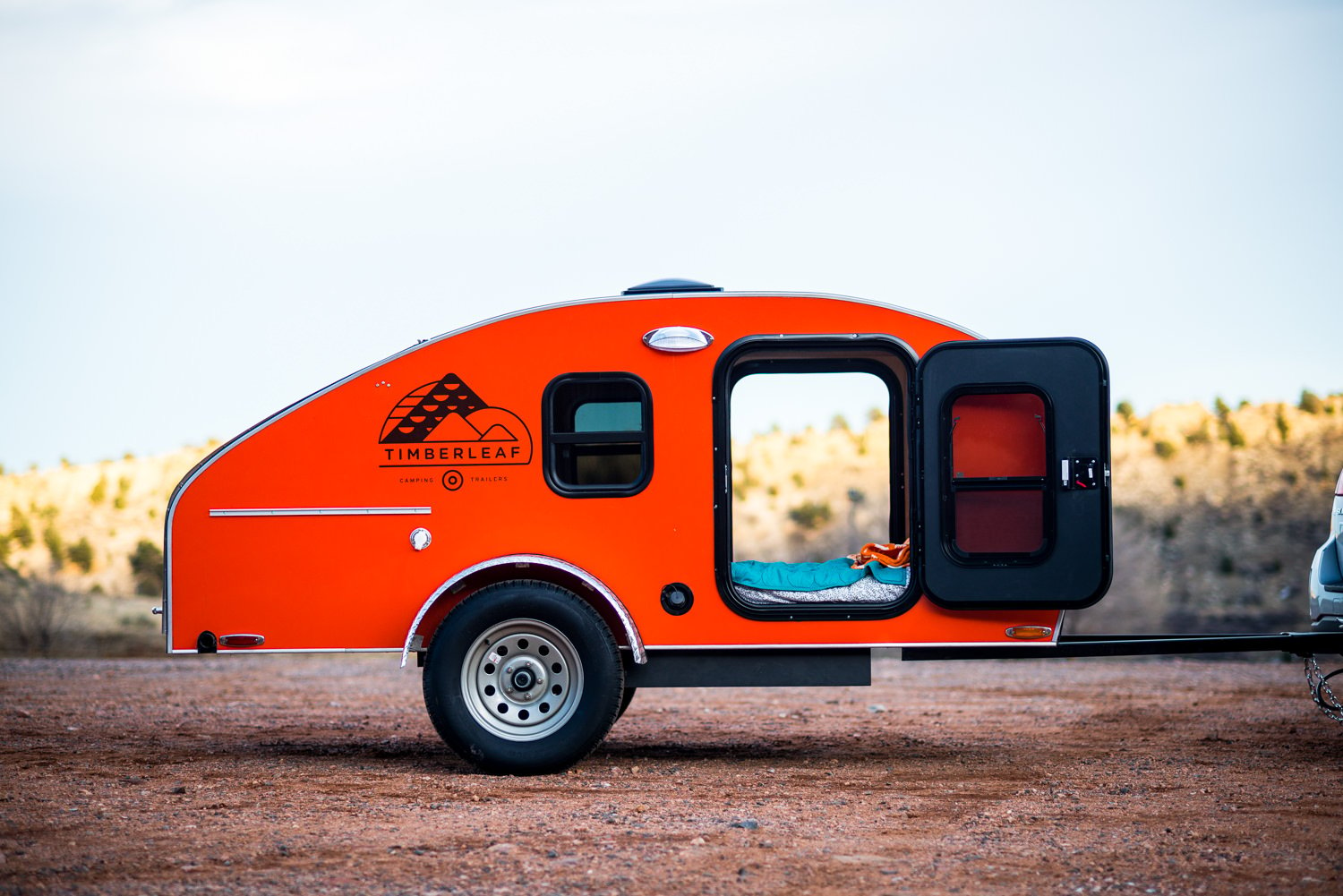 The Timberleaf Teardrop Camper Trailer is an lightweight alternative to the traditional large camper trailer or Winnebago – with all the basic necessities you need while out off the beaten track.

With a dry weight of 1200 pounds and a tongue weight of 120 pounds the Timblerleaf can be towed behind almost any SUV in existence, and it has it’s own built in electrical system with a 125aH deep cell marine battery.

Each Timblerleaf is built by hand in Denver from a combination of wood, steel, and lightweight anodised aluminium. Great attention has been paid to keeping weight low whilst not skimping on luxuries – lower weight means better fuel economy and when you’re off road it’ll result in you being able to travel further over more varied terrain.

Internally the trailer has a custom-made Colorado Queen mattress – the same length as a standard queen mattress but 3″ narrower to fit the width of the Timberleaf, it’s also possible to upgrade to a memory foam mattress in either 4″ or 8″ depths. A skylight is fitted to each trailer with a pull blind to keep the sun out, there’s also a ceiling fan to keep it cool if you haven’t opted for the $325 air-conditioning package.

Perhaps the most impressive feature is the kitchen under the rear cowling, once lifted you’re presented with an array of beautifully constructed Baltic Birch shelves and drawers, there’s also the option of spending an extra $225 and getting a built in Coleman gas stove. A sink with a cold water dispenser is built in and there’s also 4 x USB power outlets, 2 x 110 volt GFCI outlets, and 1 x general 12 volt charger.

The starting price of the Timberleaf is $15,250 USD – which is remarkably affordable when you compare it to the price of even a small full-size camper trailer. If you’d like to read more or order yours you can click here to visit Timberleaf. 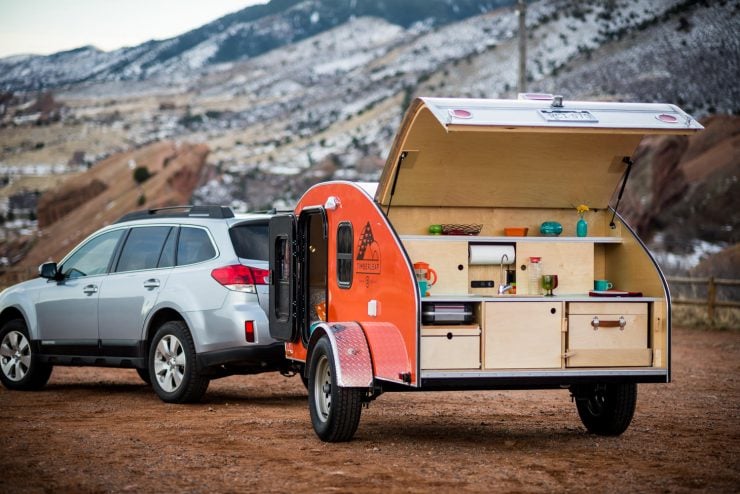 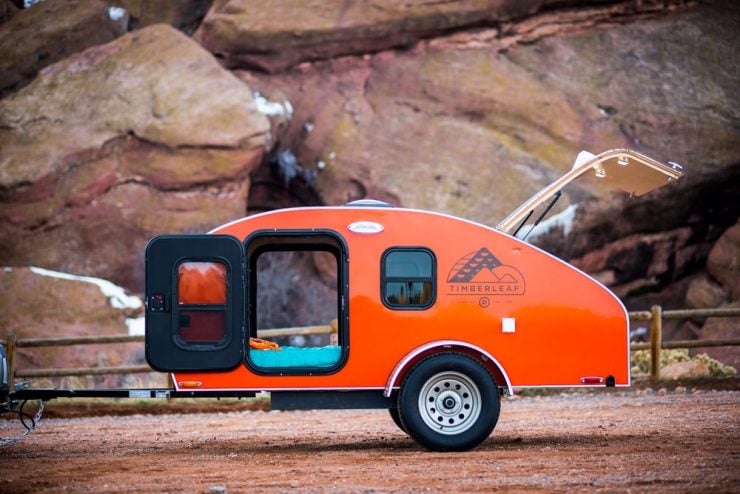 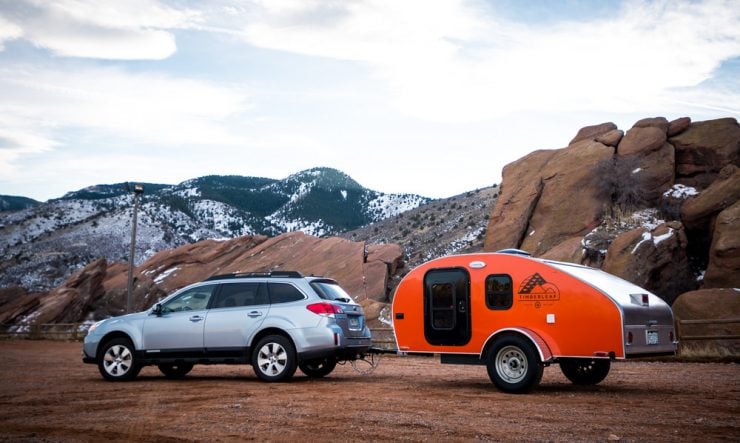 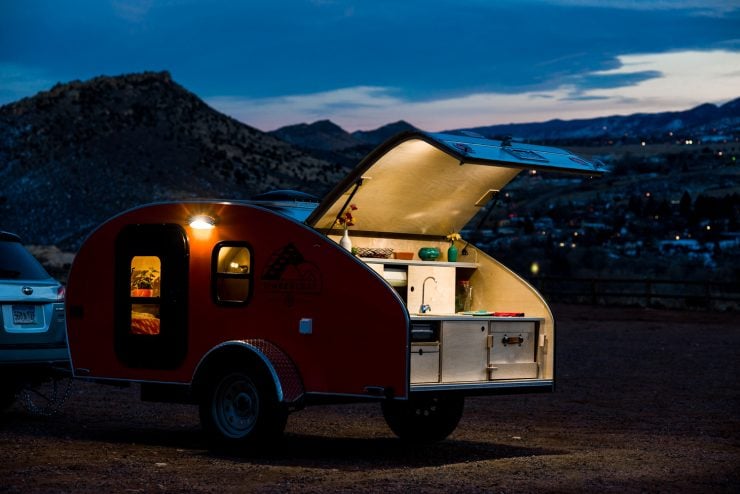 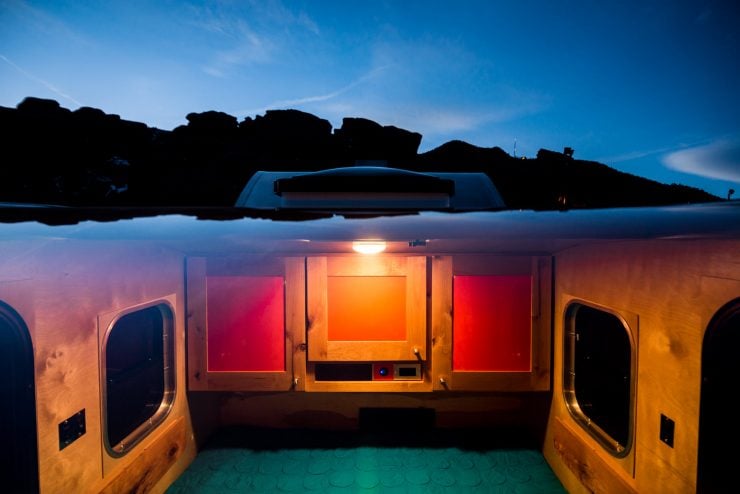 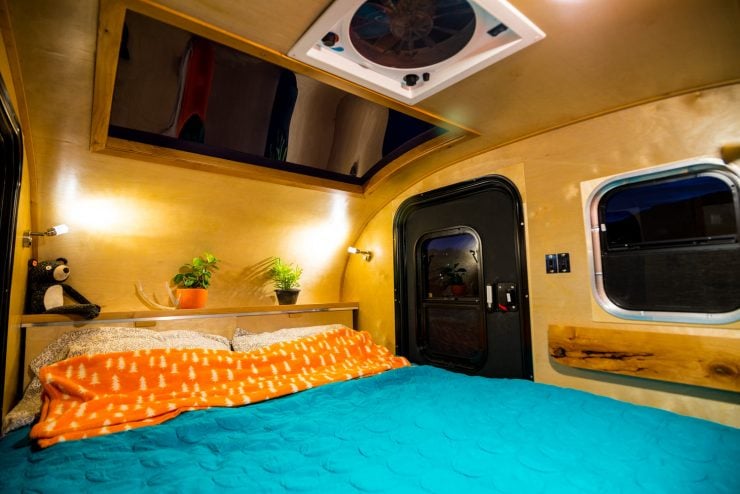 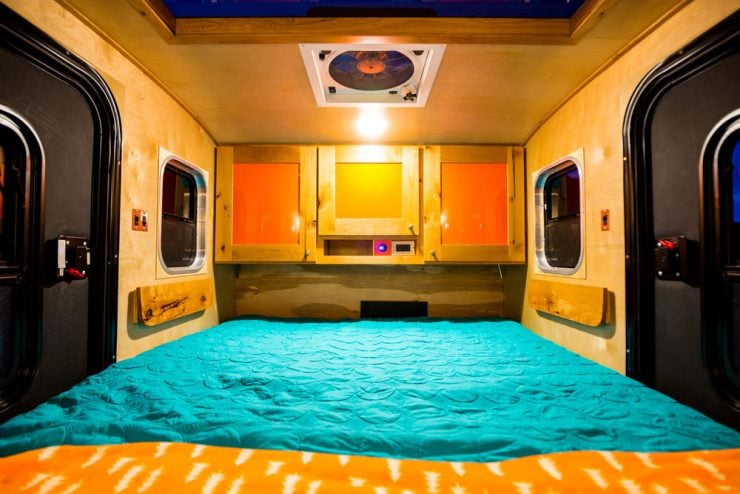 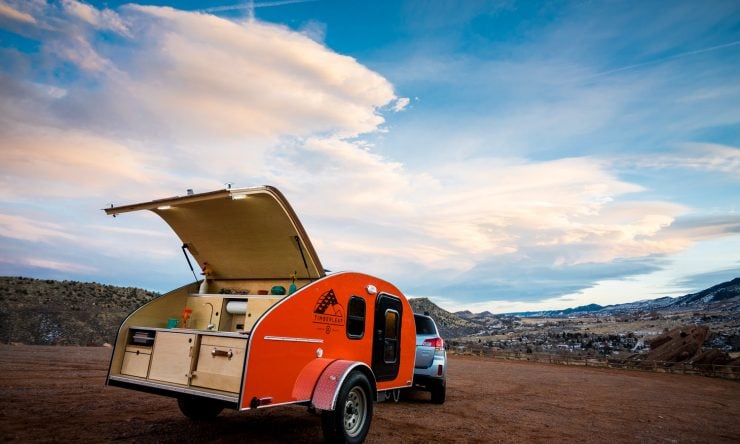 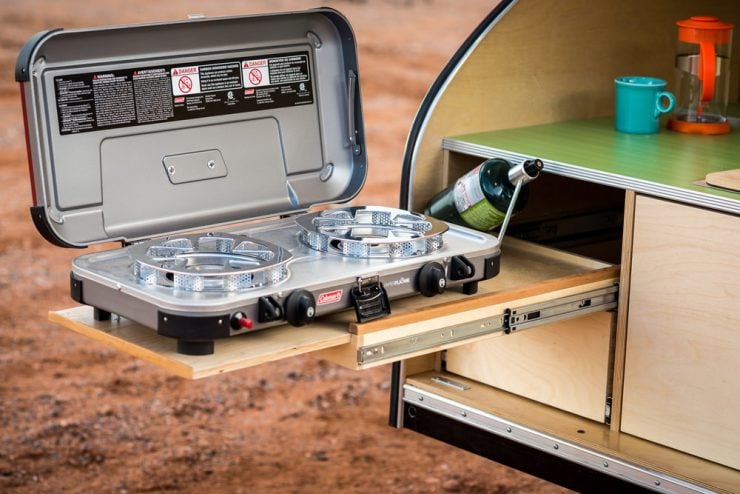 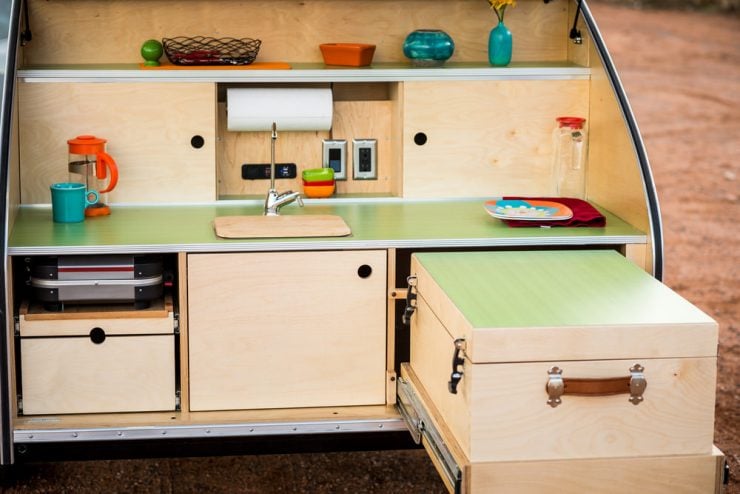 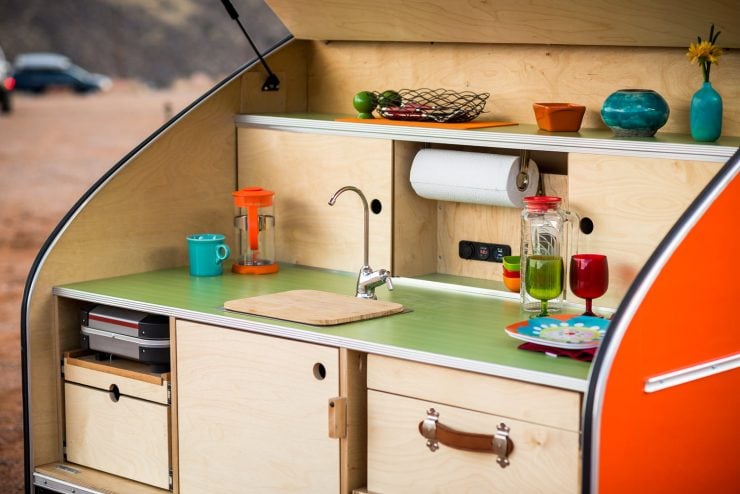 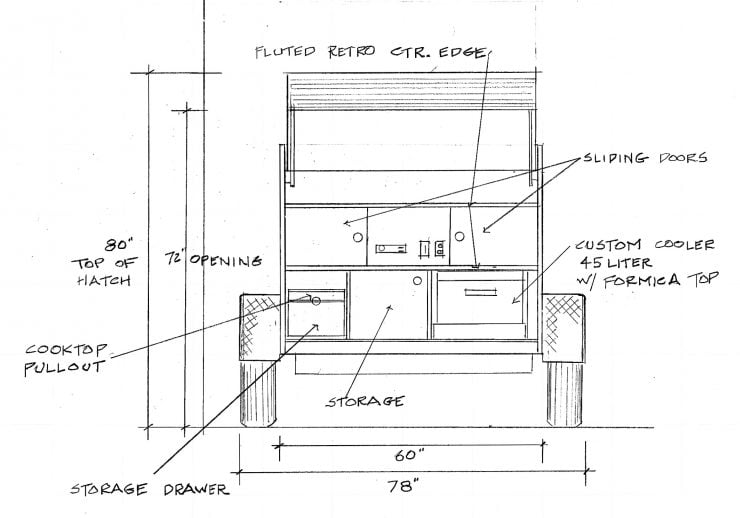 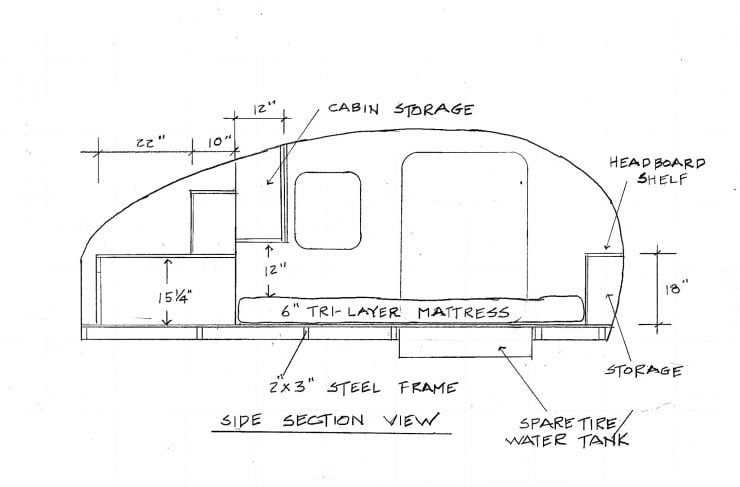 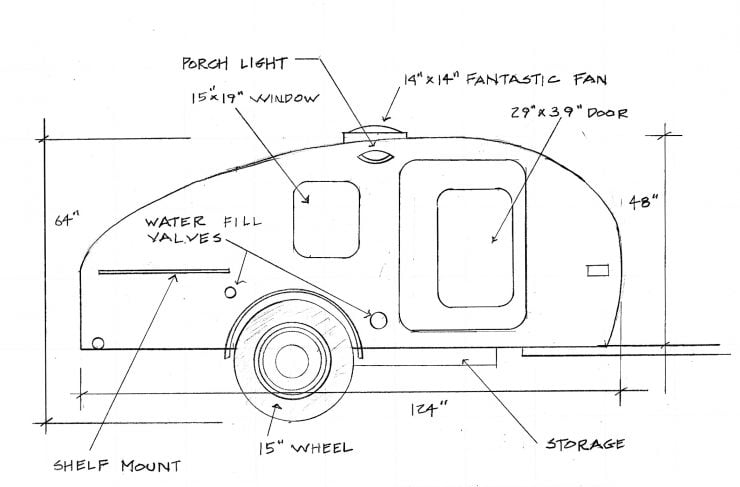 This is the DemerBox DB2, it’s the new version of the classic DemerBox that’s been around…