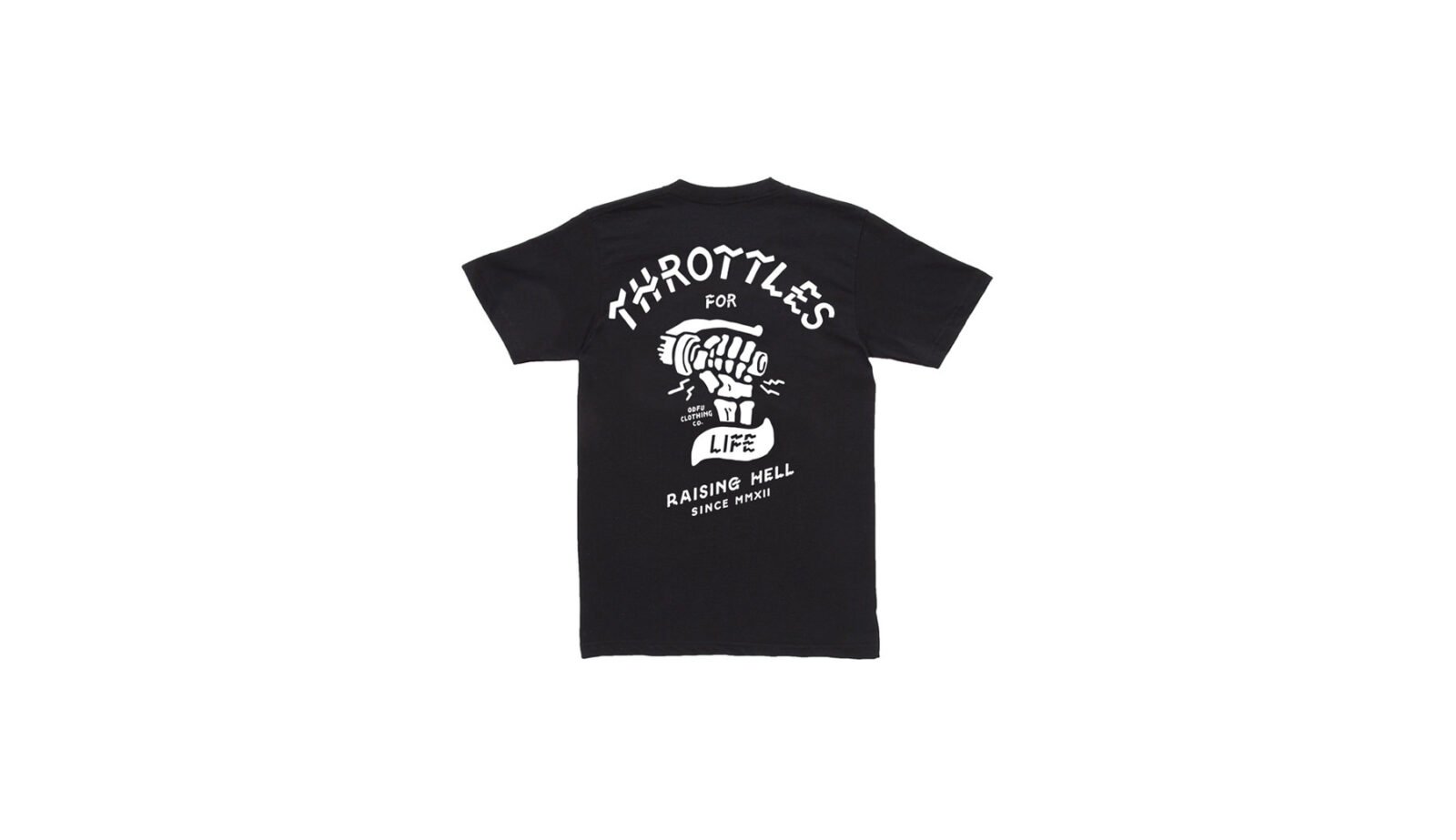 ODFU (which stands for One Down Five Up) is a British clothing brand by designer and shadetree motorcycle wrencher Kevin Wilson.

Each design is produced in-house on 100% Fine Jersey cotton, and each design is limited to a set number of units – after which it will never be made again. The Throttles for Life tee comes in either a black or white base, with sizes ranging from S through to XXL. 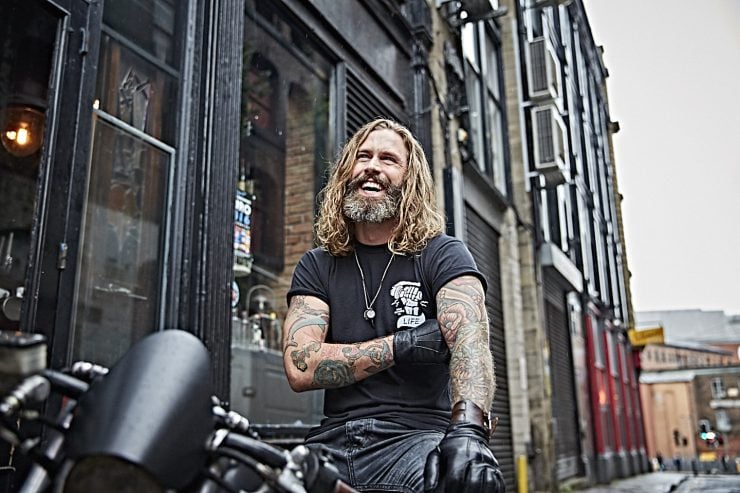 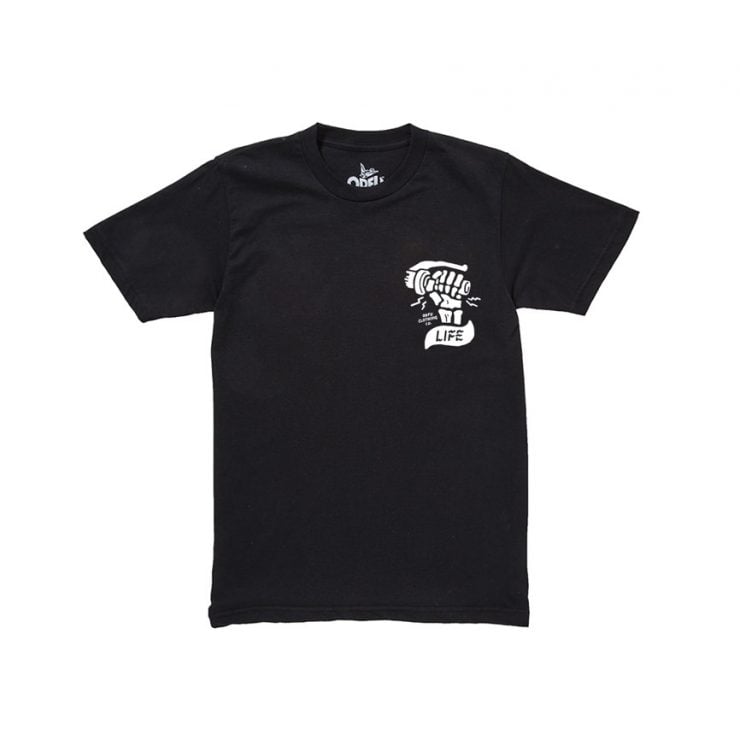 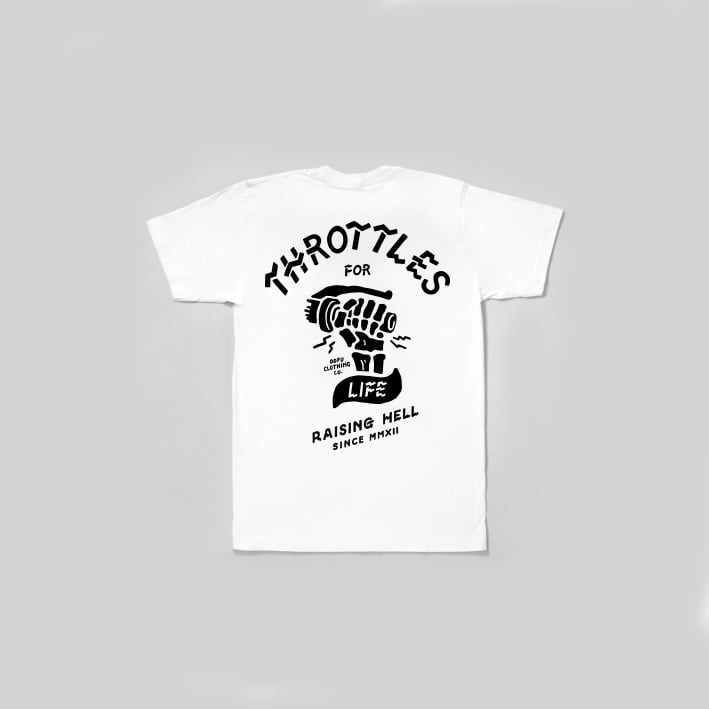 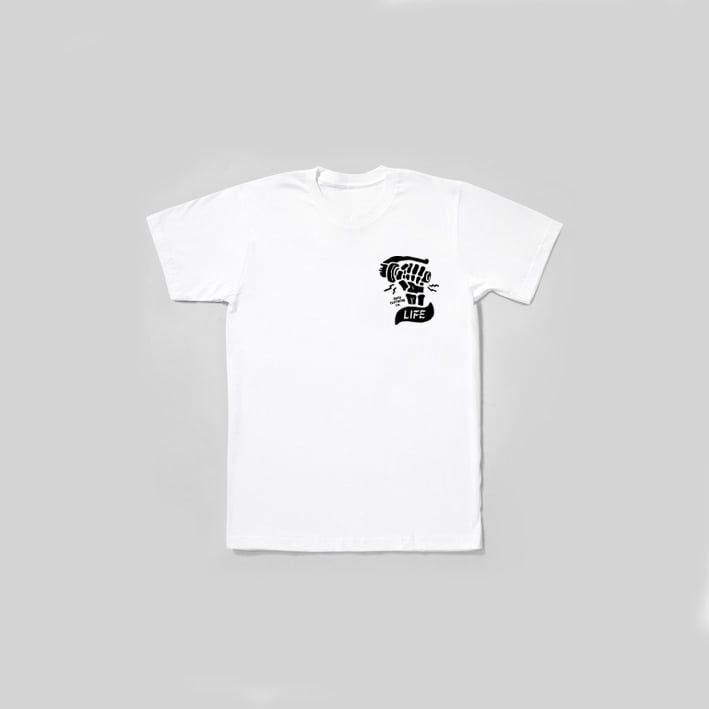 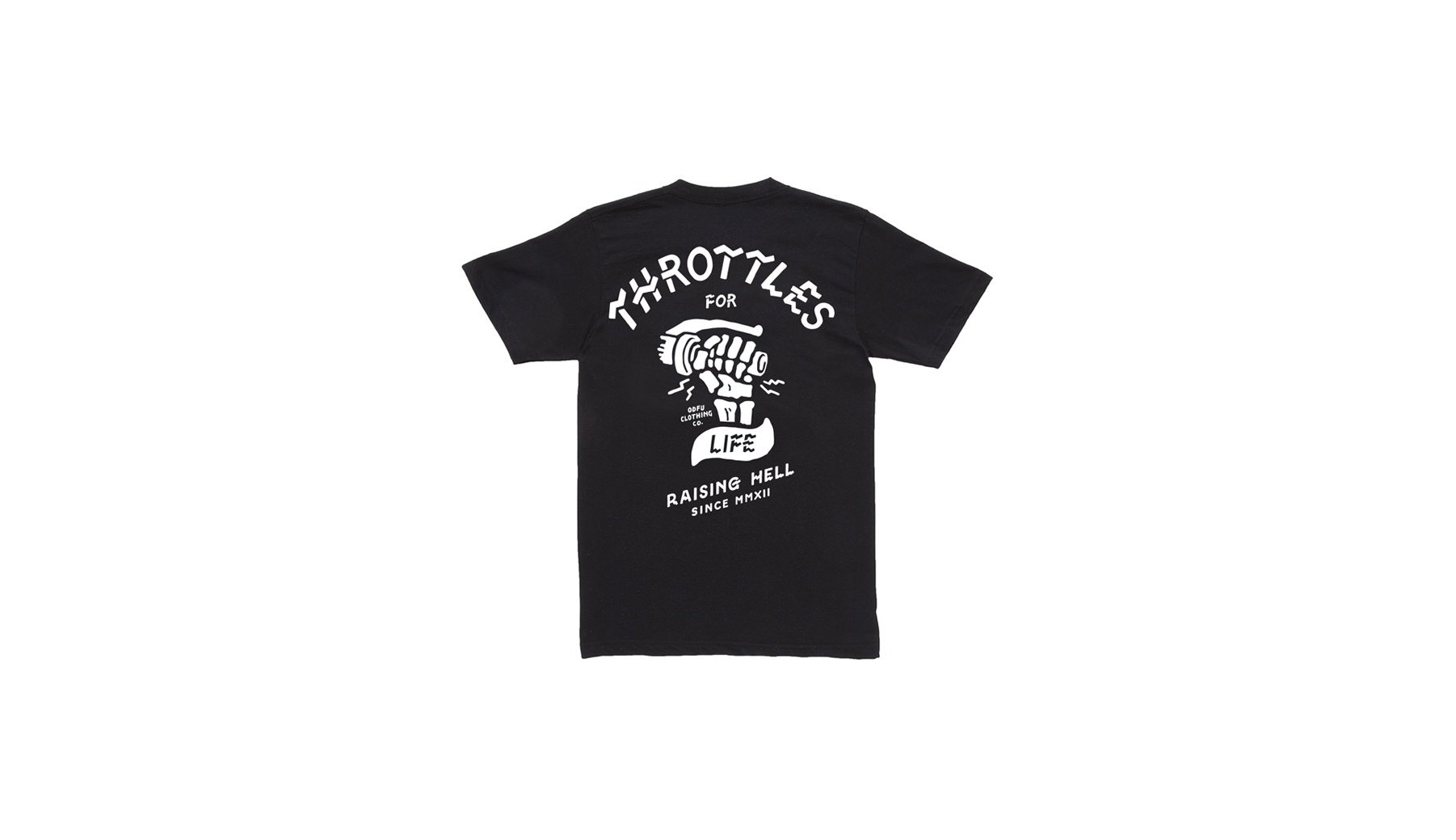