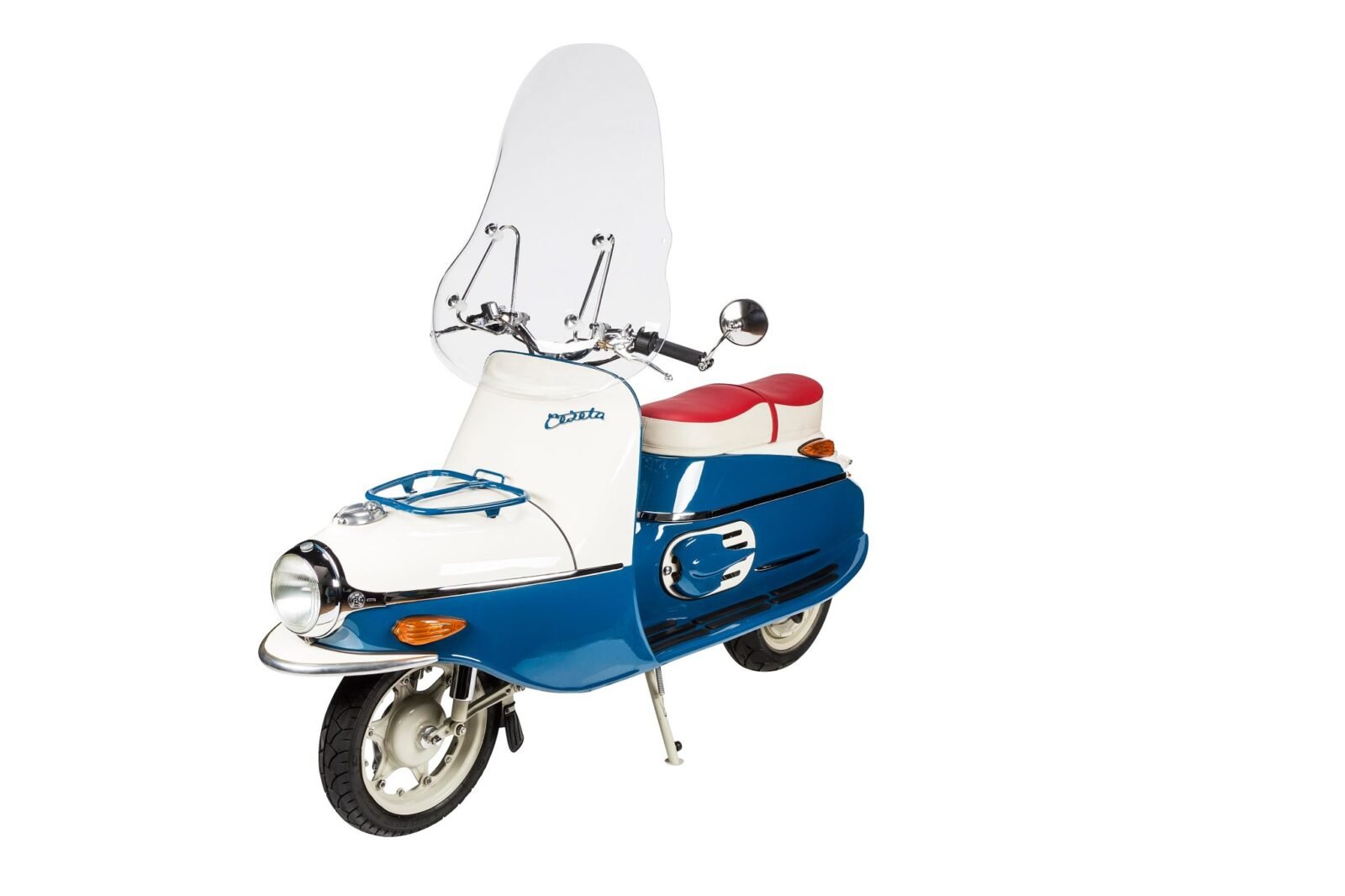 The Cezeta 506 is an all-new electric scooter built using the timeless, and much loved, steel monocoque body from the 501 and 502 variants that were built in the ’50s and ’60s.

The Cezeta scooter was one of the most famous exports from Czechoslovakia during its production run, the iconic styling set it well apart from the more homogenous scooter designs from Italy and France, and its lower price point didn’t hurt its sales either.

Unusually, the 501 and 502 variants had their fuel tanks mounted over the front tire, clearing up space under the seat for a decent amount of groceries or gear. Owners used to joke that the torpedo-shaped Cezetas had a warhead up front (the fuel tank) with a built-in detonator (the headlight electrical assembly) – although in reality there were never any incidents reported outside of urban legend.

The new Cezeta 506 is due to begin deliveries in Europe (and further afield) in autumn 2016, unlike its forbears the new scooter doesn’t have an internal combustion engine – or a fuel tank over the front tire for that matter.

The engineers behind the 506 have installed a three-phase brushless motor in the rear wheel hub, this is connected to a 5-10 kWh Lithium Iron Yttrium Phosphate (LiFeYPO4) battery pack (the same type used by Tesla) giving the Cezeta 506 a range of approximately 150 kms and a top speed of between 90 and 110 km/h.

Range and top speed will depend both on your usage and the settings you choose in the Cezeta mobile app, which allows you to choose power settings, check available range and play music through the scooter’s built-in bluetooth speakers. The 506 also has an AC outlet allowing you to use it as a power supply, the charger allows you to use anything from 110V to 240V and 6A to 16A.

If you’d like to read more about the 506 you can click here to visit the new Cezeta website, where you can also place an order, or get in touch with the company to ask when they’ll be shipping scooters to your country or region. 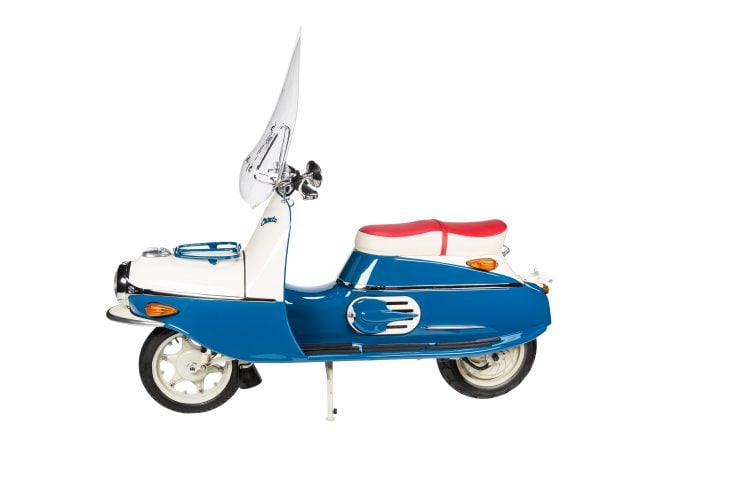 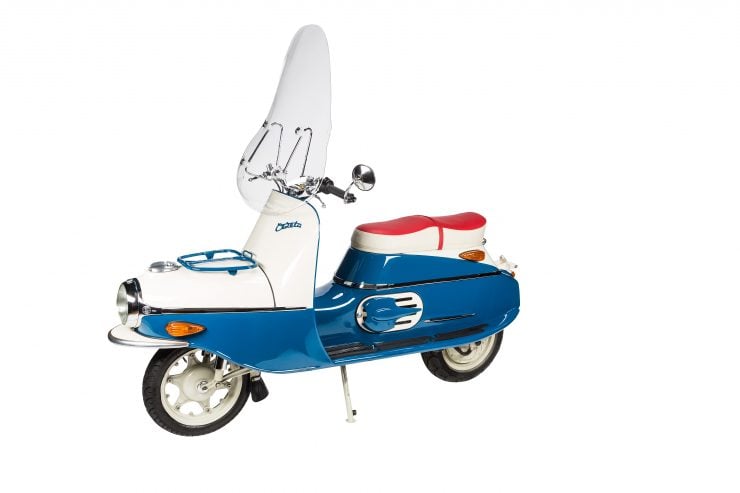 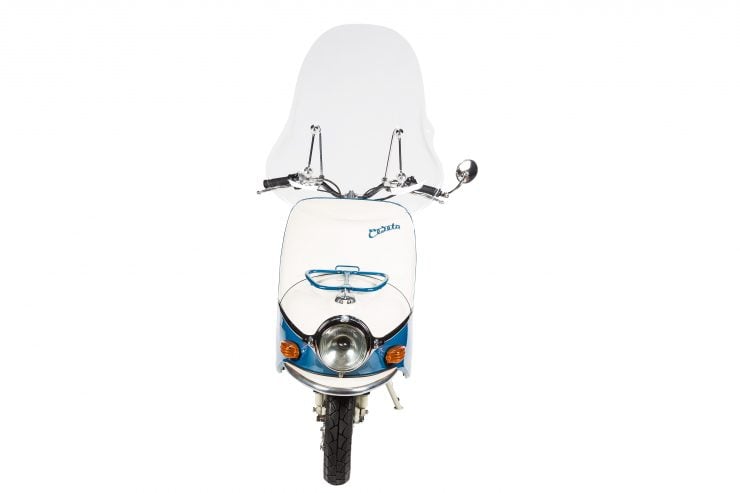 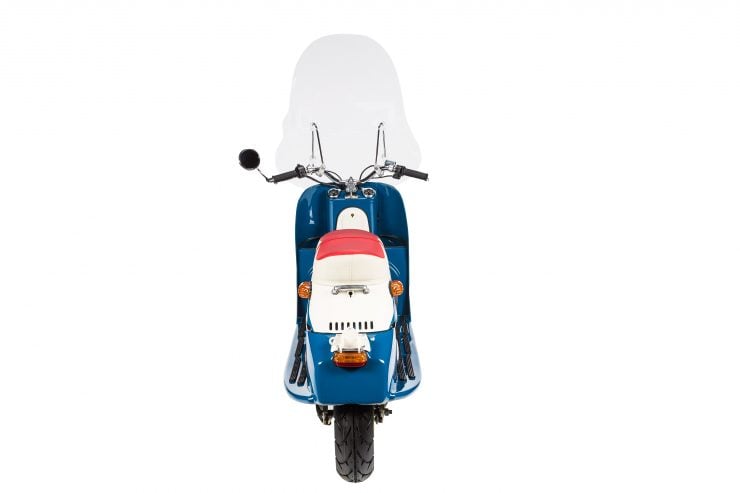 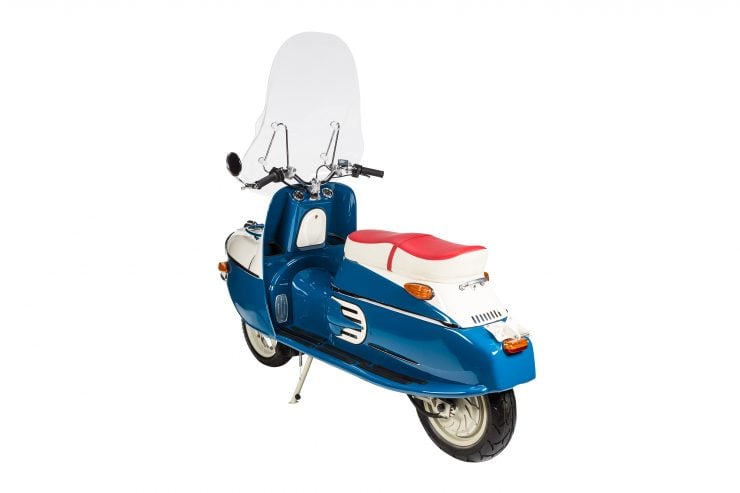 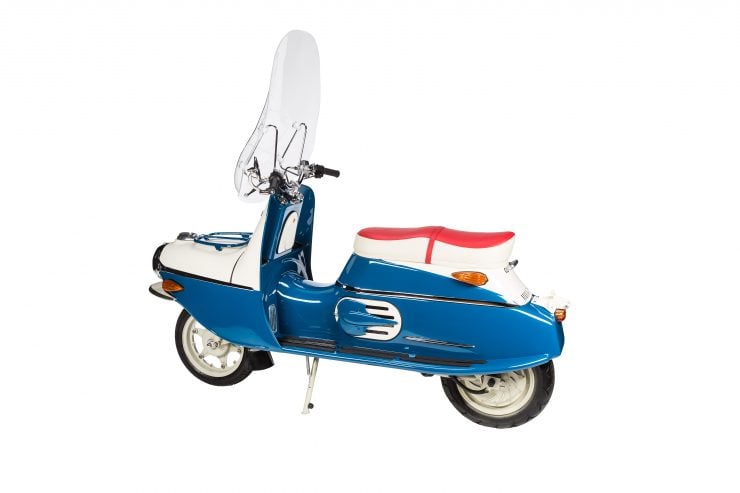 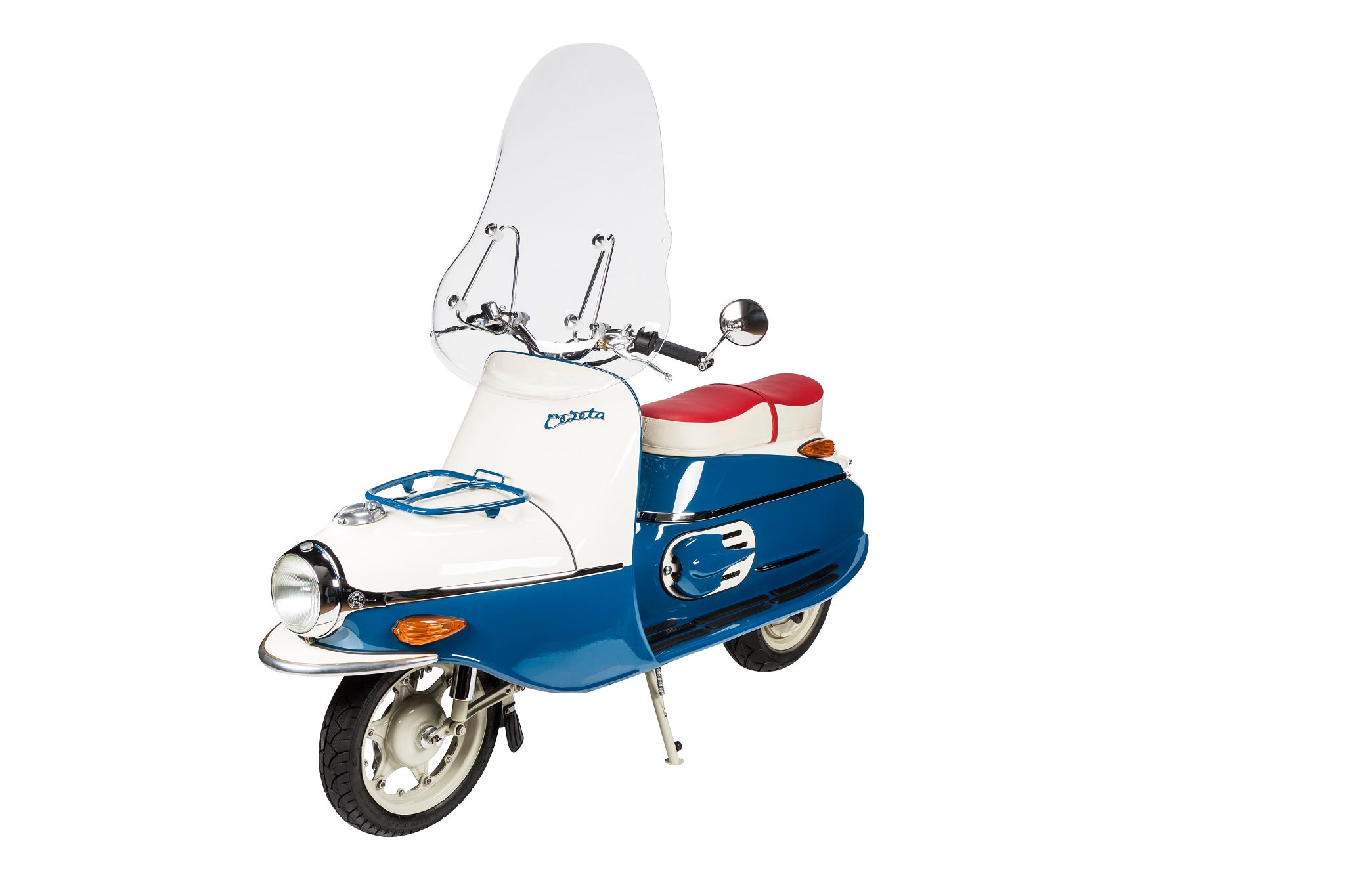