Mjölnir is the name of Thor’s Hammer ,arguably the single most famous weapon in Nordic history, thanks in no small part to the inclusion of Thor in the Marvel Cinematic Universe.

The handmade Mjölnir you see here is a far cry from the injection moulded plastic examples you see at souvenir shops – it’s made entirely from Damascus steel (including both the head and handle) and it weighs in at a hefty 13 lbs.

Damascus steel was one of the engineering marvels of the pre-industrial world, it’s an alloy of iron, carbon, and certain microalloying elements that produced sword and knife blades that were exceedingly hard and sharp but not brittle, with patterns that look almost like running water. 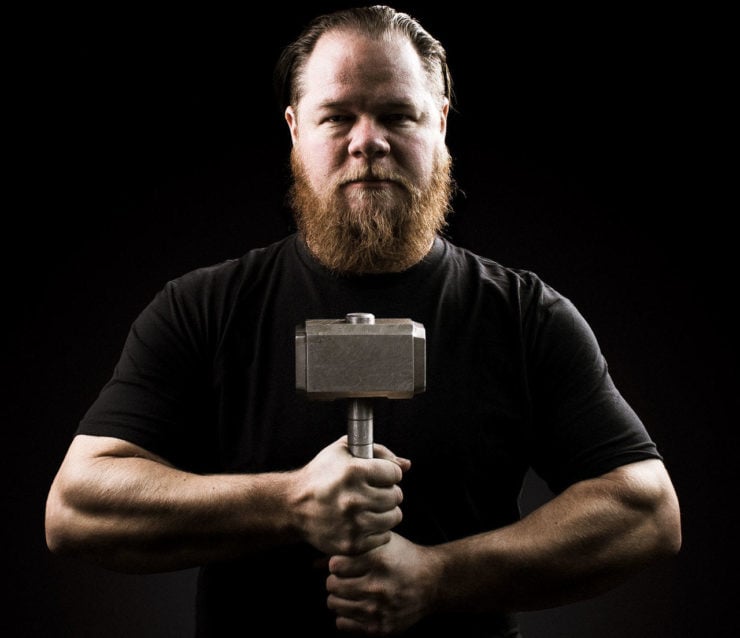 With a weight of 13 lbs this Mjölnir is considerably more heavy than a standard hammer. In the original Norse legends only Thor had the strength to lift it.

Legends surrounding Damascus steel including stories of swords that could slice clean through a rifle barrel, and blades so sharp that a single hair falling onto an upturned blade would be sliced in half as it descended.

The original methodology used to create Damascus steel was largely lost after 1900, but modern studies have been remarkably successful at bringing it back, and it’s now possible to buy handmade Damascus steel swords, knives, and other tools that are essentially indistinguishable from the originals in both appearance and metallurgical characteristics. 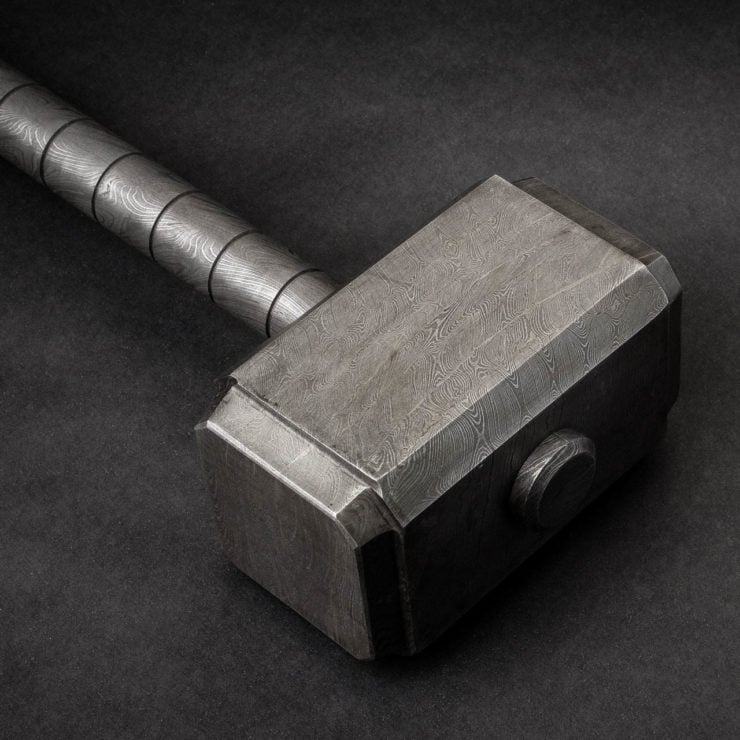 In this close-up picture of the hammer head you can see the unusual patterning of the Damscus steel. It’s caused by the steel being folded and layered with carbon as it’s hammered into shape.

The MSRP is $399.99 USD and supplies are limited due to the amount of time it takes to make each one, and no two are the same due to the unusual patterning that is characteristic of Damascus steel. 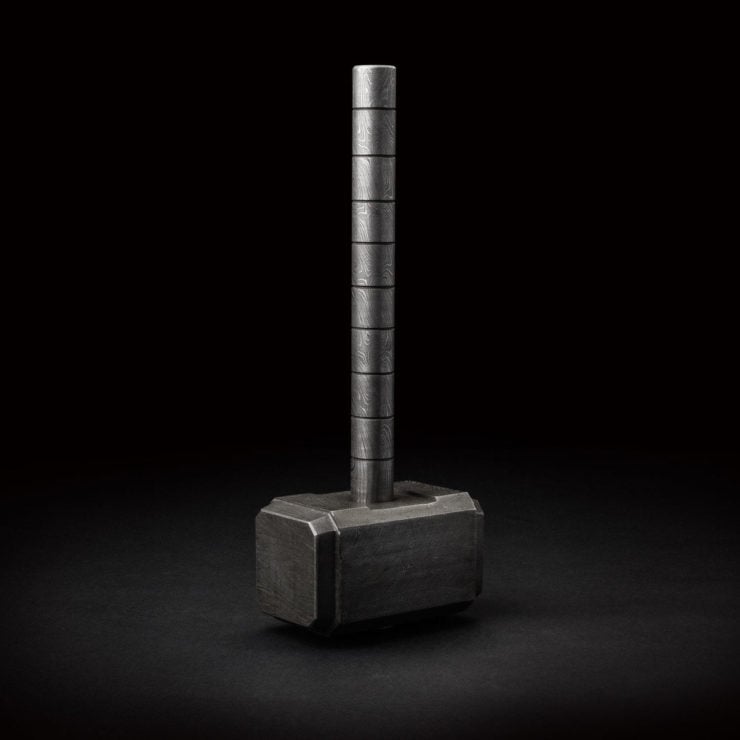 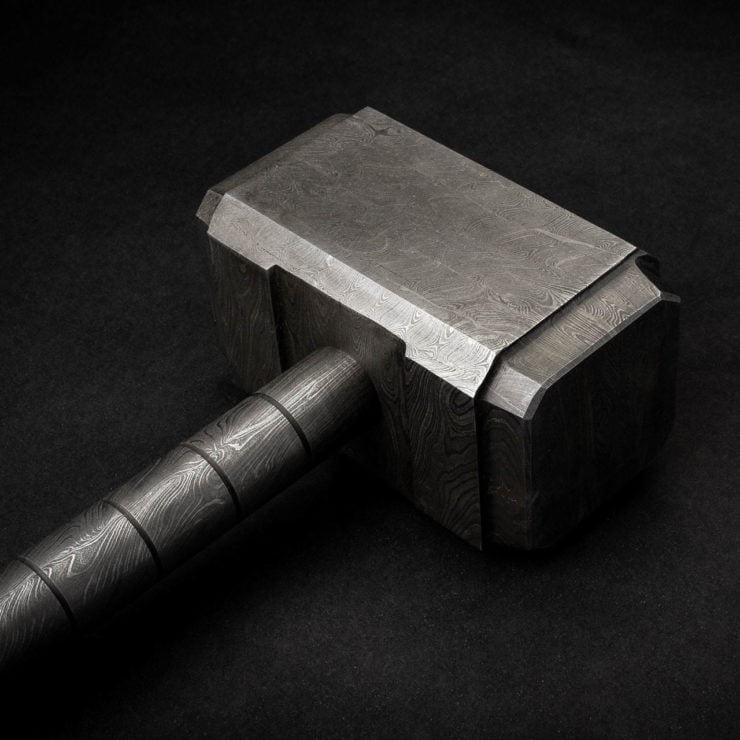 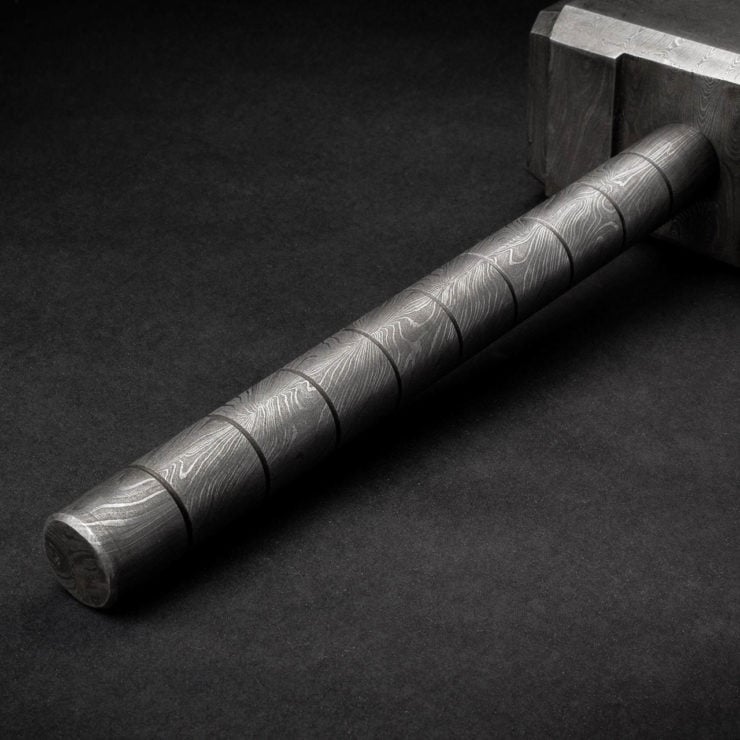 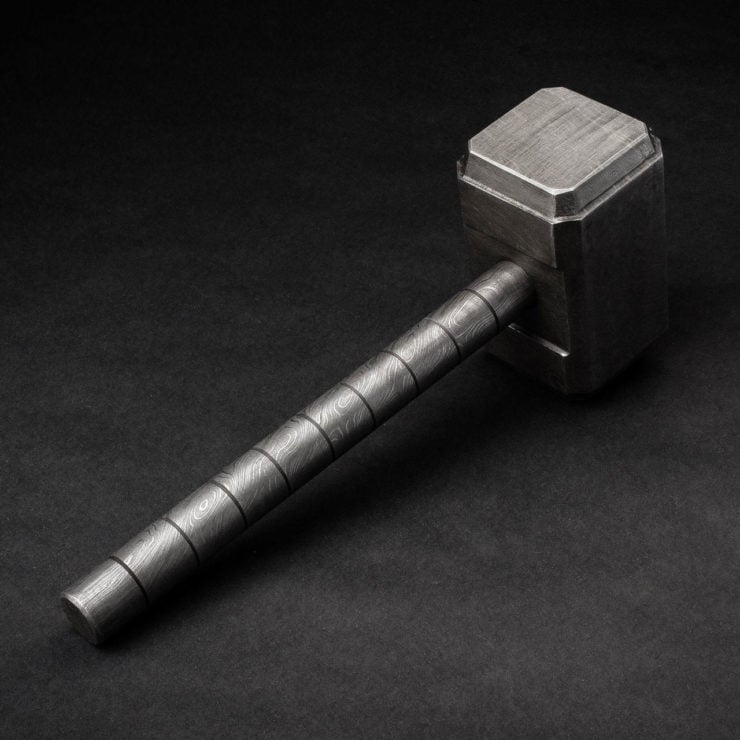 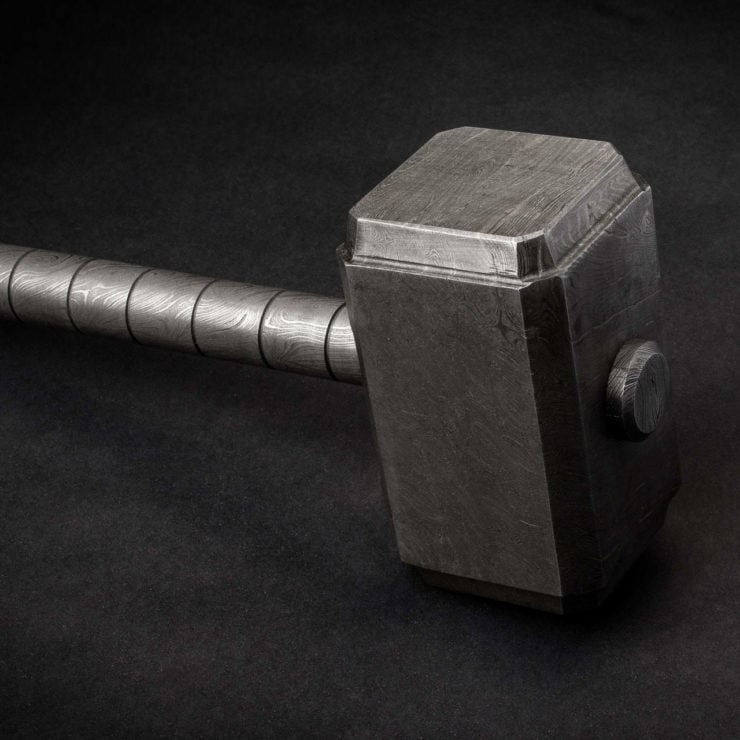 Published by Ben Branch - September 1st 2022
Related Posts
The Kline Pocket Knife By James: Made In The USA