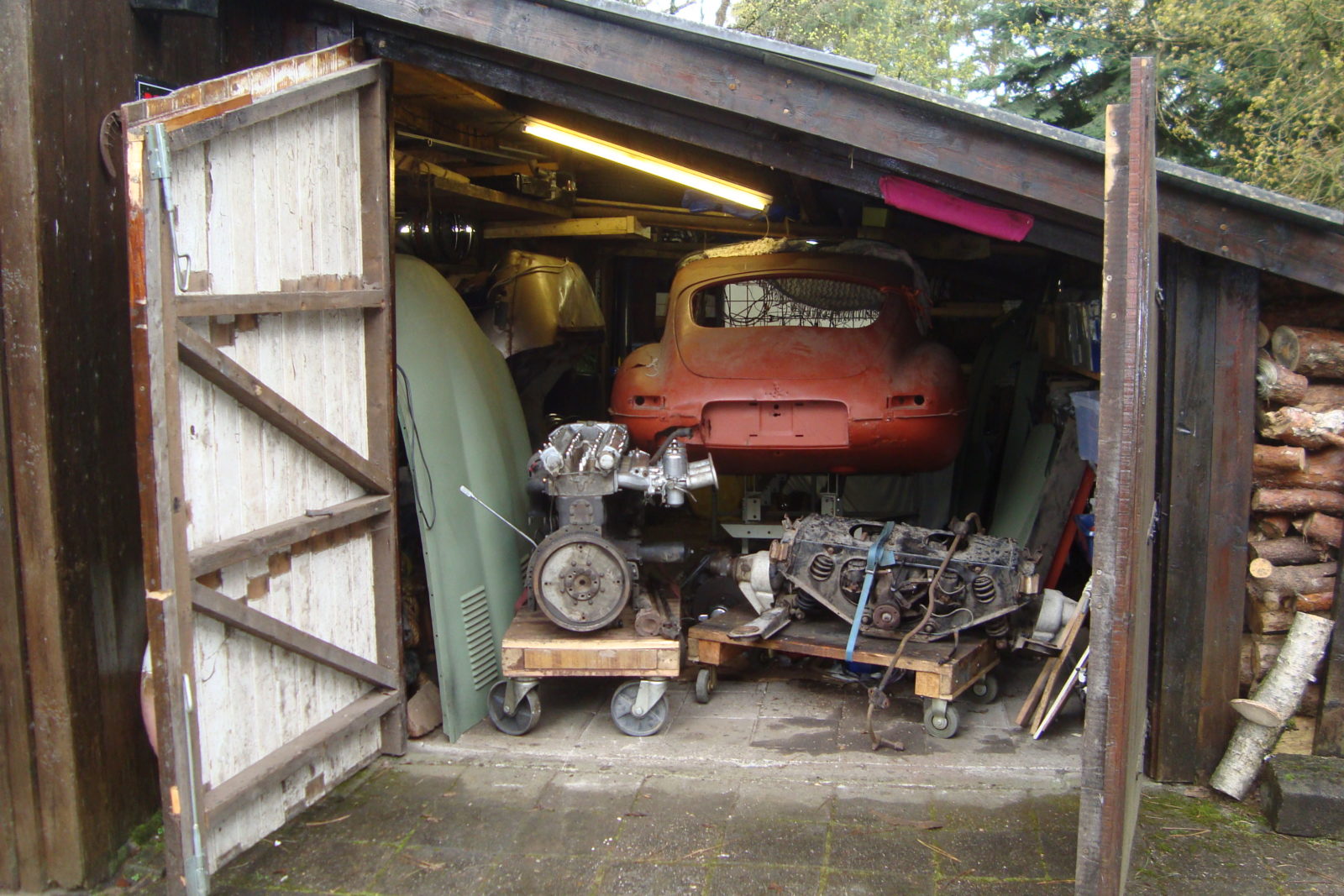 This was the first left hand drive 2+2 E-Type ever made, it was presented to the press by Sir William Lyons to showcase the new model for the American market. After this it was delivered to its first owner – Gary Fairmont Filosa, the author of “The Surfer’s Almanac.”

The 2+2 version of the E-Type was introduced in 1966, it had a nine inch longer chassis and a higher roofline that allowed seating for four and some additional trunk space. Almost immediately the 2+2 became the most popular version, outselling the roadster and the coupe.

Above Video: This episode of Jay Leno’s Garage is all about the E-Type and it’s remarkable impact on the automotive world of the 1960s.

Upon seeing the new Jaguar Enzo Ferrari is said to have called it “the most beautiful car ever made” and a slew of celebrities placed their orders including Frank Sinatra, George Harrison, Roy Orbison, Tony Curtis, and Peter Sellers.

The secret to the extraordinary performance of the E-Type came from its sports racing car heritage, it was developed using lessons from the multiple Le Mans-winning C-Type and D-Type Jaguars, and it used a variant of the same Jaguar XK engine.

By the standards of the early 1960s the Jaguar E-Type was lightyears ahead of its competition, it had a steel monocoque body with a separate front subframe, fully independent front and rear suspension, disc brakes front and back, race car-bred handling, excellent aerodynamics, and a top speed of 150 mph.

The car proved to be a best-seller for Jaguar, they initially offered both roadster (convertible) and coupe versions of the car. Jaguar boss Sir William Lyons insisted that a larger and more practical version be developed, with two small rear seats for children and some additional trunk/rear cargo space. 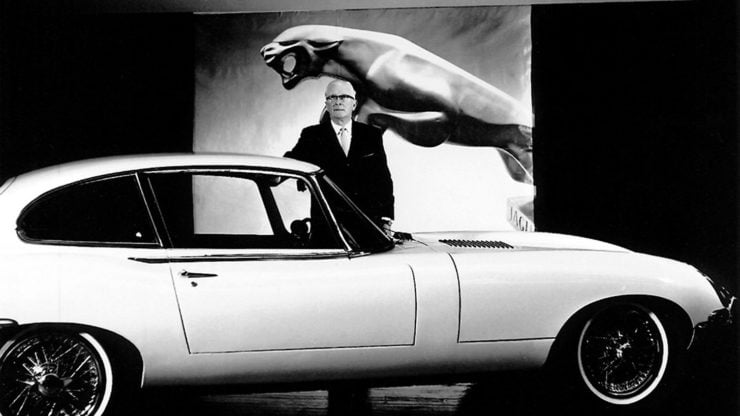 This is Sir William Lyons, known as “Mr Jaguar,” the man who co-founded the Swallow Sidecar Company in 1922, the company that became Jaguar after the Second World War when he initials “SS” had taken on a new and much darker meaning.

This car, called the E-Type 2+2 was introduced in 1966 and it immediately became the best-selling E-Type variant.

The 2+2 E-Type chassis was nine inches longer the windshield and roof were two inches higher, and longer than the standard coupe to make room for the rear seats. Though it wasn’t quite as aesthetically perfect as the roadster or coupe variant, the 2+2 more than made up for it in practicality, and it made the car an option for families with children.

By the time the Series 3 E-Type had been introduced in 1971 the 2+2 had completely replaced the coupe – Jaguar offered just the roadster or the 2+2 for the Series 3 production run that ended in 1974.

The car you see here is undoubtably one of the most consequential 2+2 E-Types ever made. It’s the very first left hand drive version and one of the first production examples from late 1965. 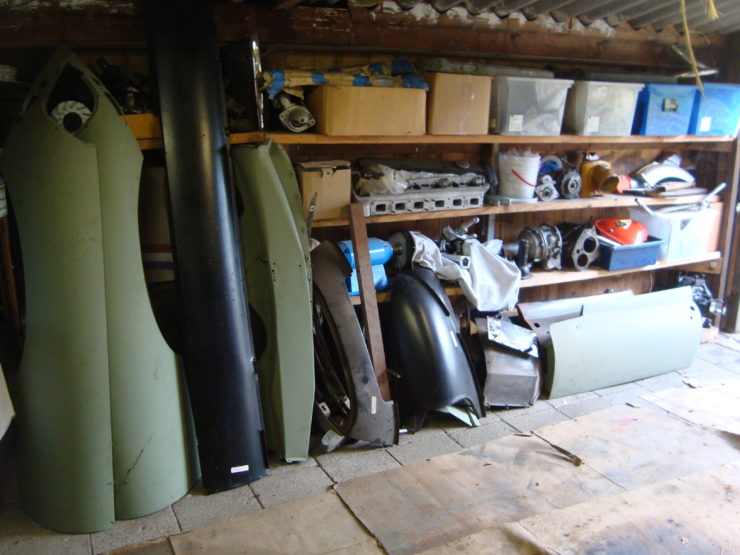 The car comes with a slew of parts for reassembly, both body parts and a number of boxes full of other miscellaneous bits and pieces.

This car was used by Sir William Lyons to demonstrate the new model variant in the USA, it was later sold to its first owner there, a well-known writer.

Over the years the car would change hands a few times and its historic significance was forgotten until the story was uncovered more recently due to research into the car’s VIN.

For many years this E-Type has been sitting in a partially restored state in a barn in the Netherlands, it’s now being offered for sale with its matching-numbers engine for €40,000 which is approximately $40,026 USD.

If you’d like to read more about this car or enquire about buying it you can visit the listing here. It’s being offered for sale out of Oirschot in the Netherlands. 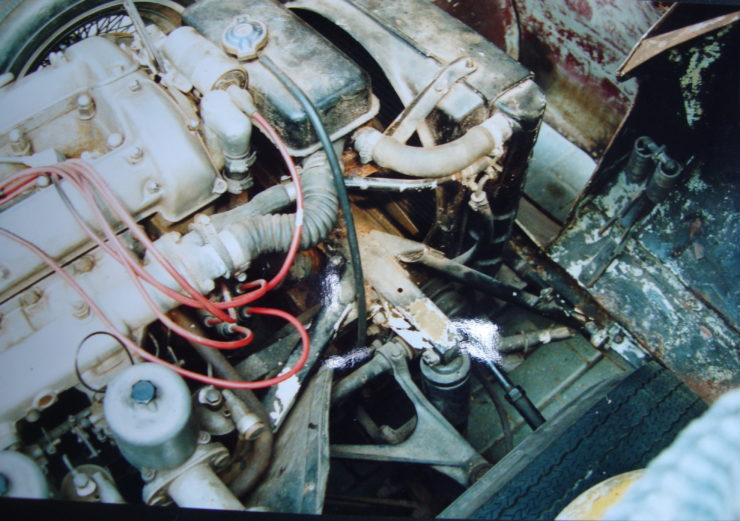 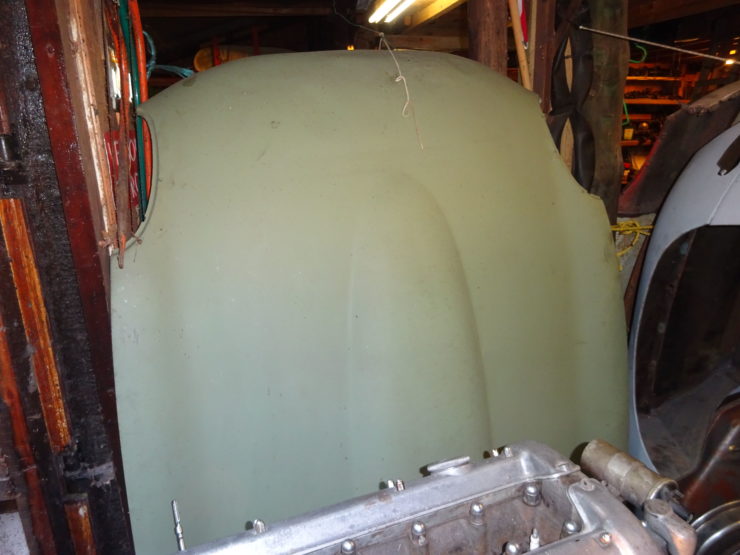 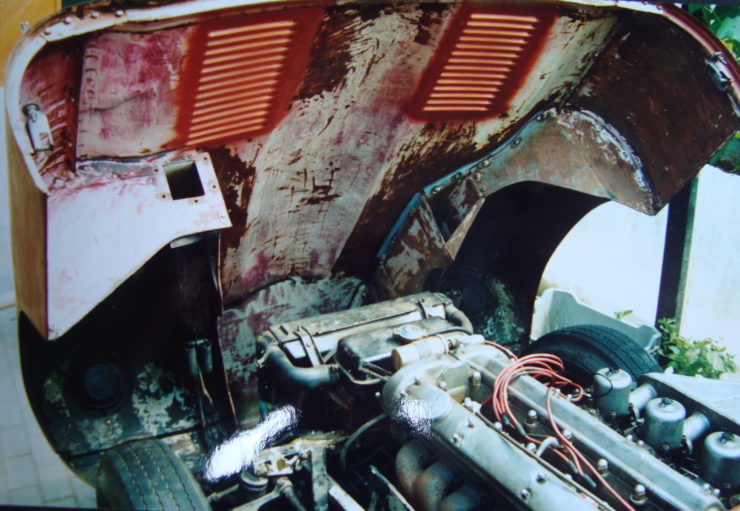 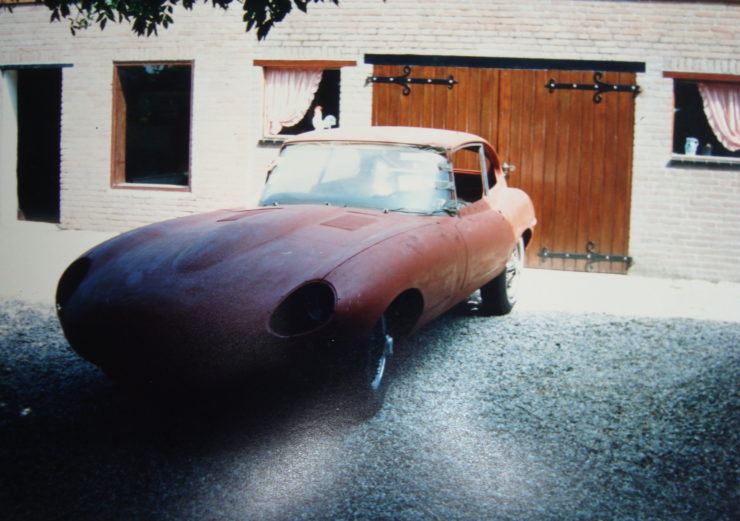 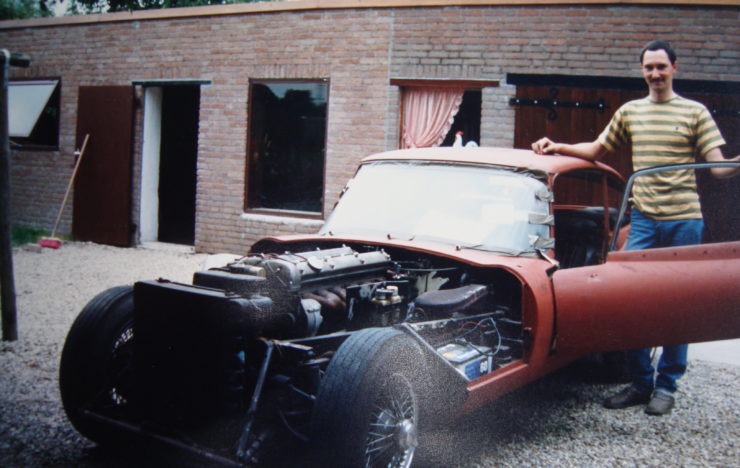