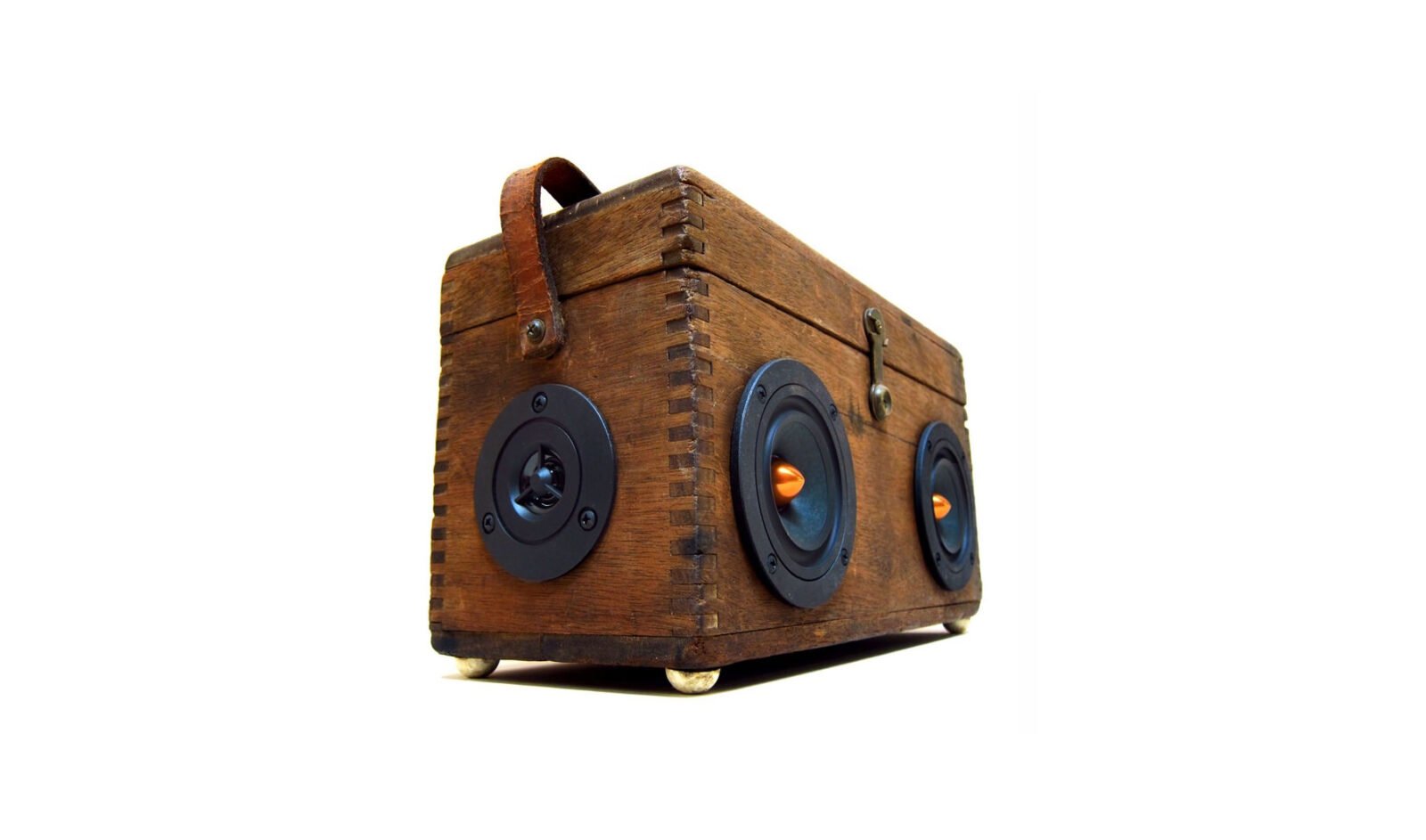 BoomCase have been building custom boomboxes since 2009, the company specialises in taking old suitcases and converting them into portable stereos with their own lithium ion battery systems, bluetooth and headphone jack connectivity, and a built-in amplifier.

The Prospector BoomCase you see here has been built using a former carpenter’s box, it has 2 full range point source drivers, 2 dome tweeters, 18 hours of battery life and it measures it at 10″ x 8″ x 5″ with a weight of 9 lbs. 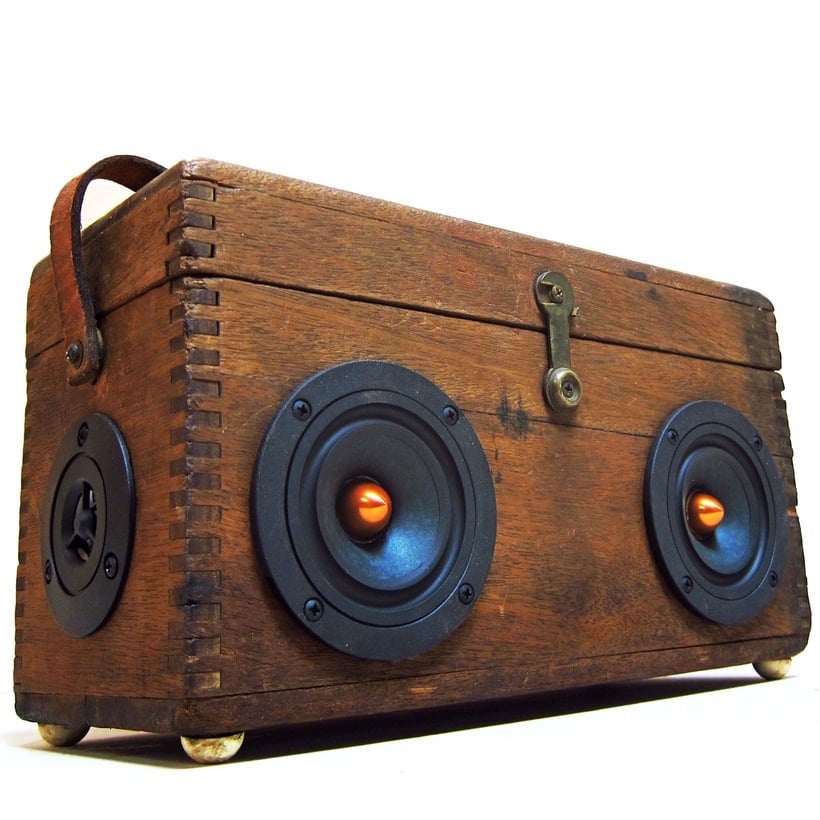 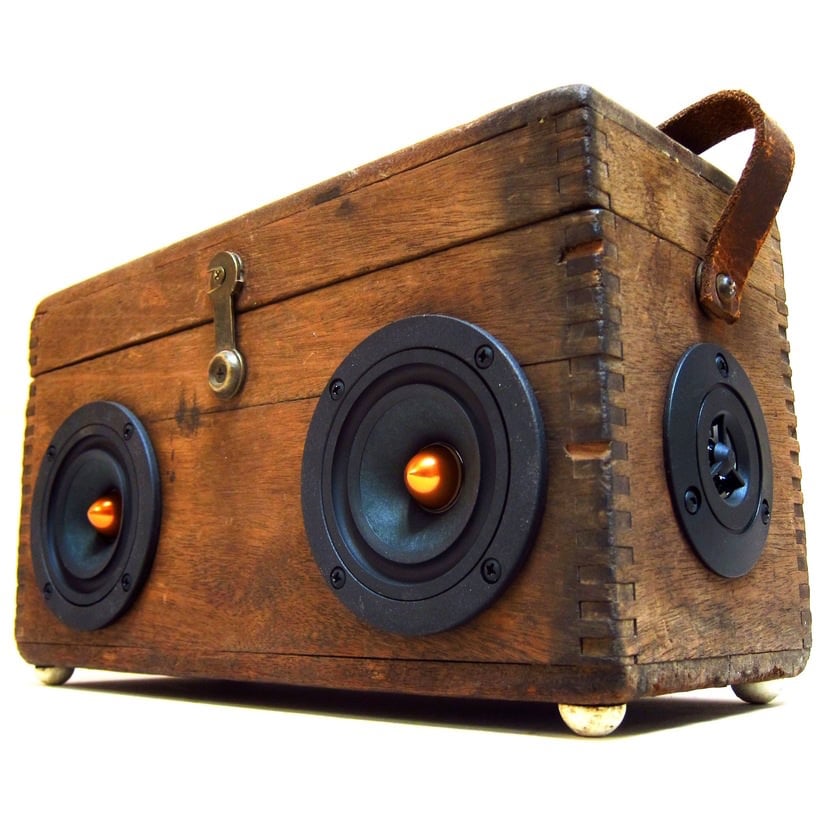 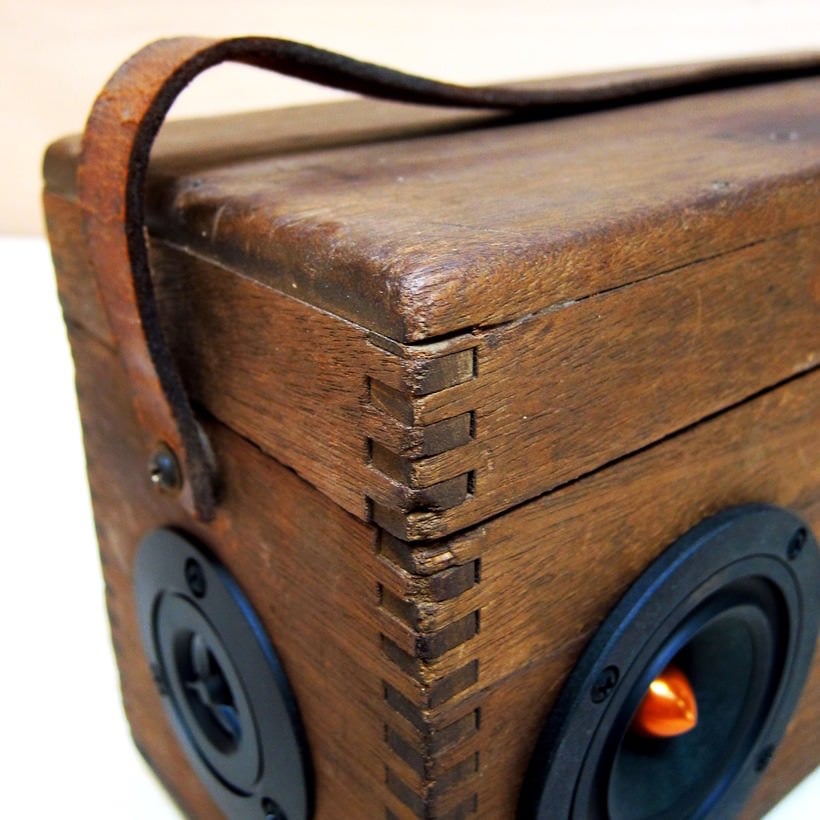 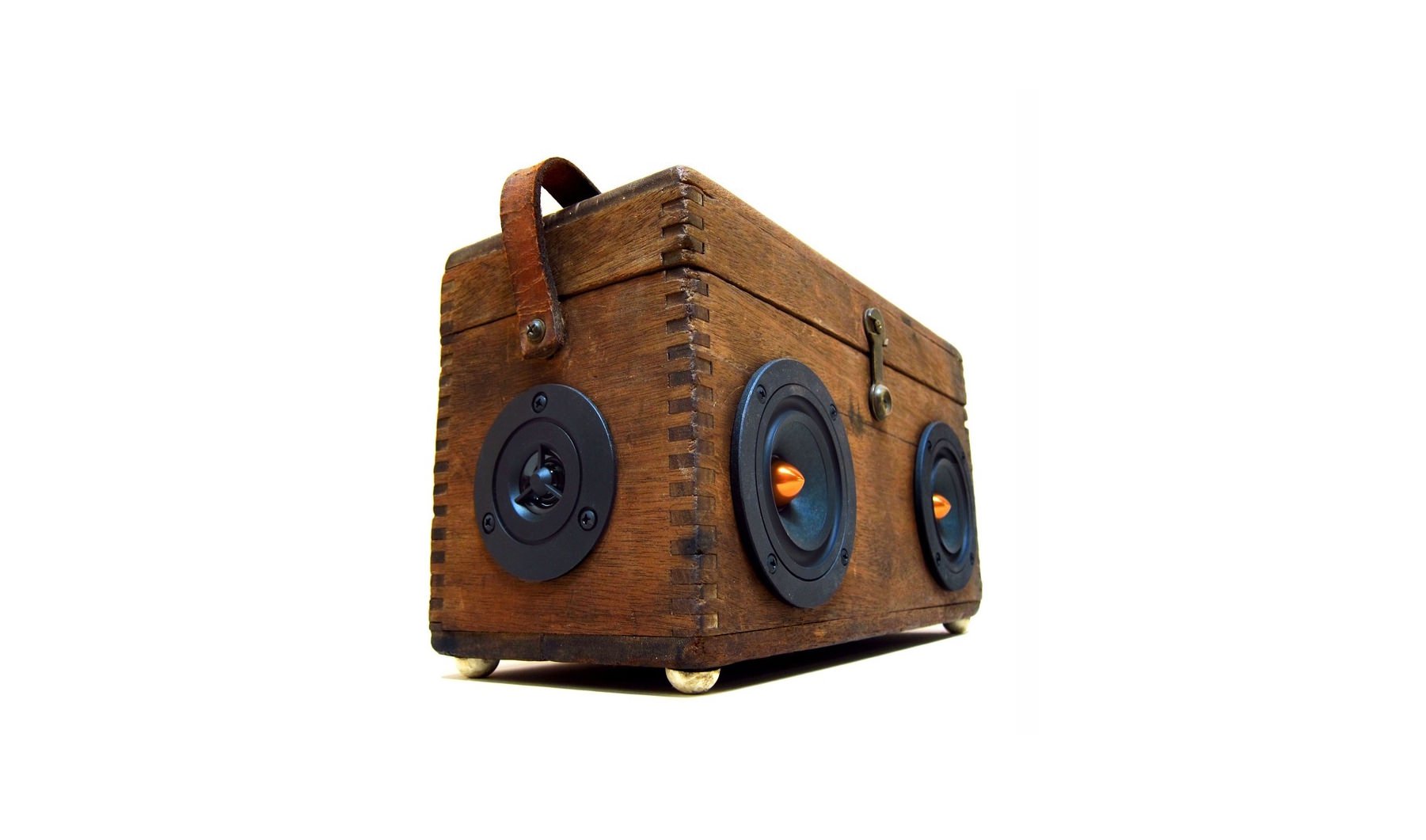