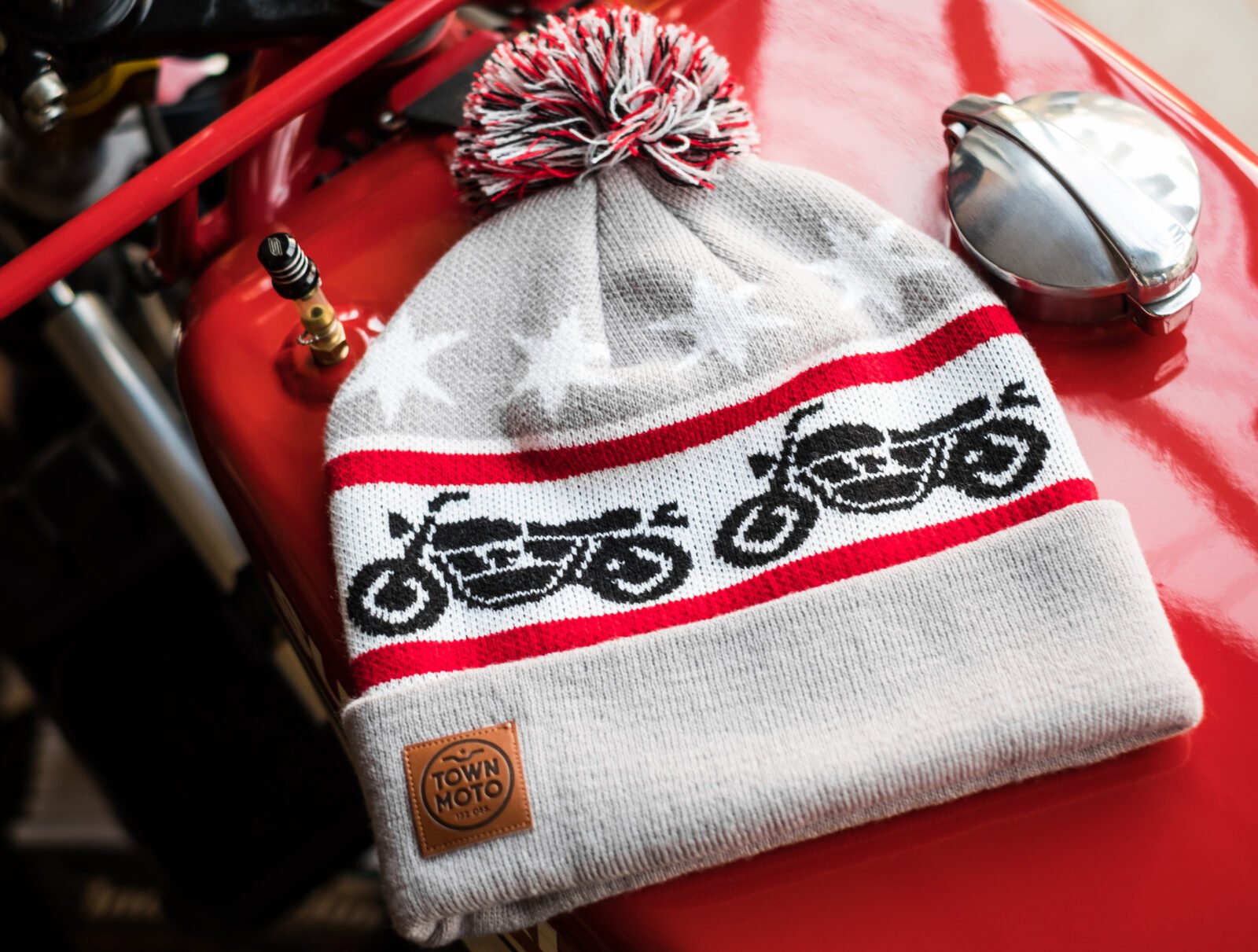 Up until today I thought the term “beanie” was universal, only to discover that the Canadians called them toques or tuques and the Americans often refer to them as knit caps. That said, I think beanie is the best word for it so that’s what I’m sticking to.

Town Moto is a small local motorcycle gear shop in Toronto, Canada run by a team of 8 people who run both the brick and mortar store as well as the online shop. They support the local riding community with sponsorship and by throwing events, and they handle each order with personal attention.

The Town Moto Motorcycle Knit Beanie is a great addition to the wardrobe for the months that it’s too cold to ride. It’s made from a warm acrylic Jacquard knit and features motorcycles around the outside accompanied by stars and red stripes. 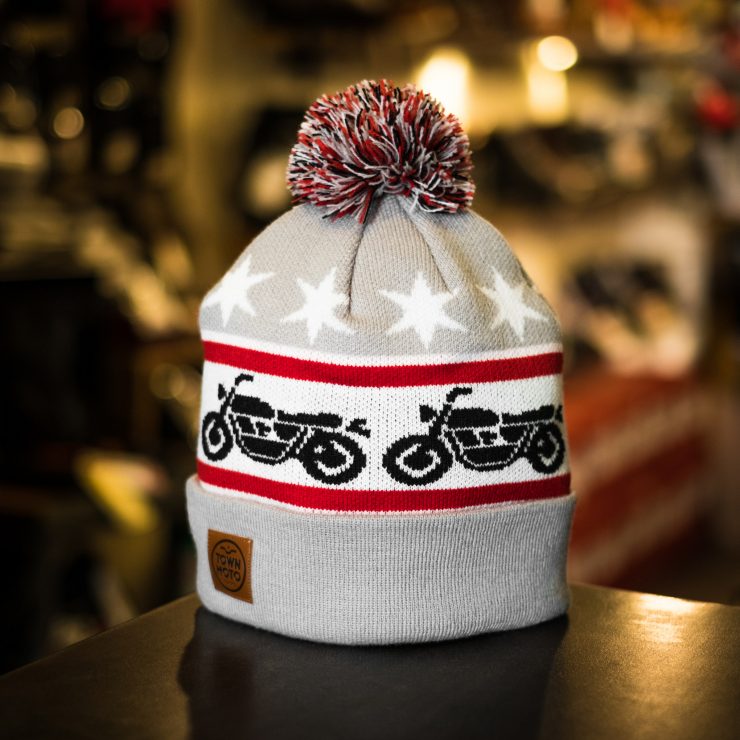