The Pup by Old Empire Motorcycles 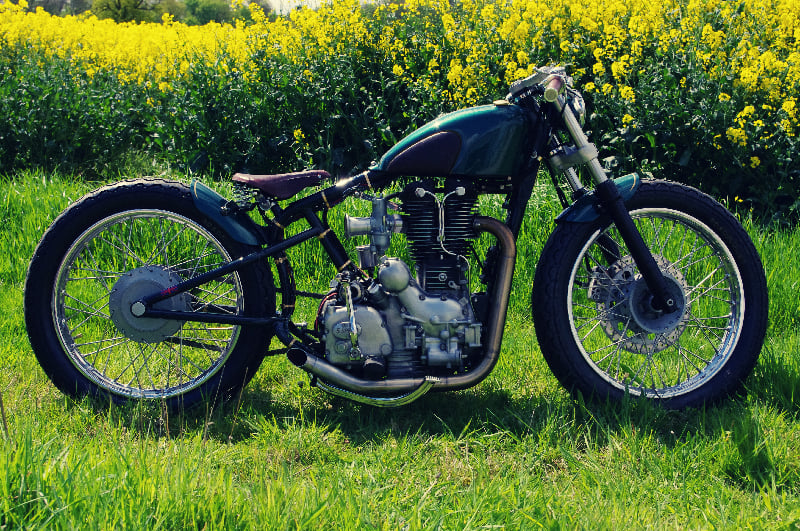 Old Empire Motorcycles is a brilliant little boutique garage based in Norfolk, England. They’re fairly new and this is their first publicly available custom motorcycle, it’s been dubbed “The Pup” in memory of the infamous WWI fighter plane, the Sopwith Pup.

From a design perspective, The Pup looks like the love child of a classic bobber and a vintage boardtracker, the choice of British racing green works well with the design and the first impression you get when looking at the bike is that it’s an original low-volume model from a 1940’s British motorcycle marque.

The Pup is based on a 2008 Royal Enfield Electra, this means it’s powered by a 500cc single cylinder, air-cooled thumper with a 5-speed transmission. The frame has been heavily modified, a Brooks sprung leather saddle has been added with custom matching grips, a custom 1-into-1 exhaust runs along the right-hand side and the bike has a series of other, more subtle touches and additions.

The good news is that The Pup has just come up for sale, if you’re in the market for a summertime back-country racer, hit the link here to visit Old Empire Motorcycles. 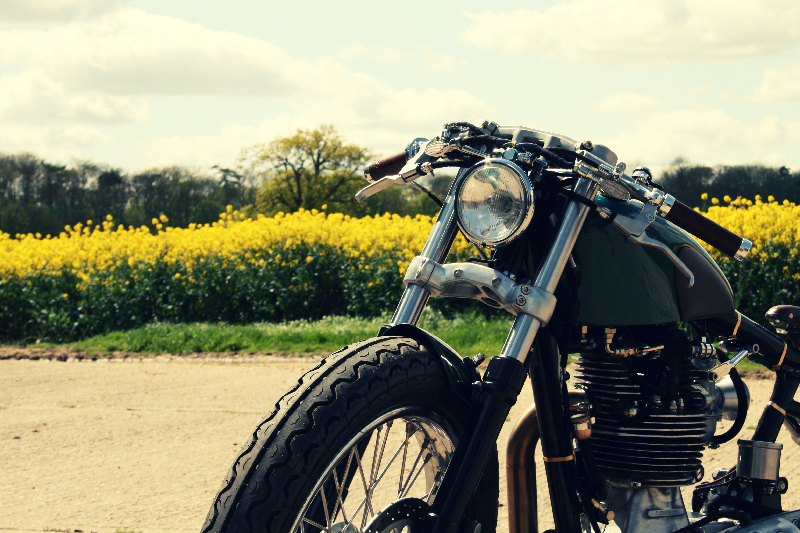 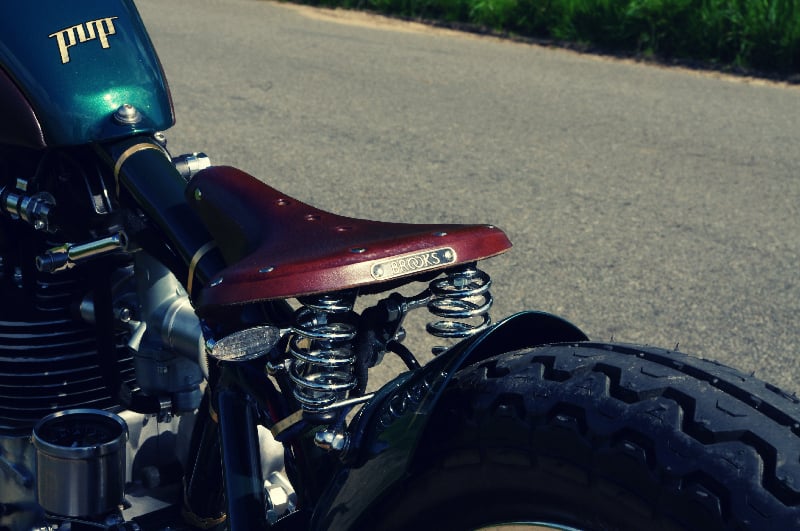 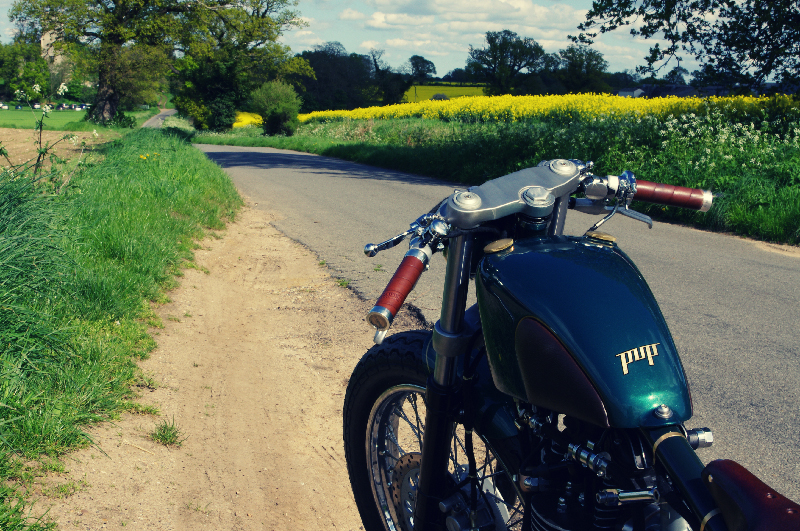 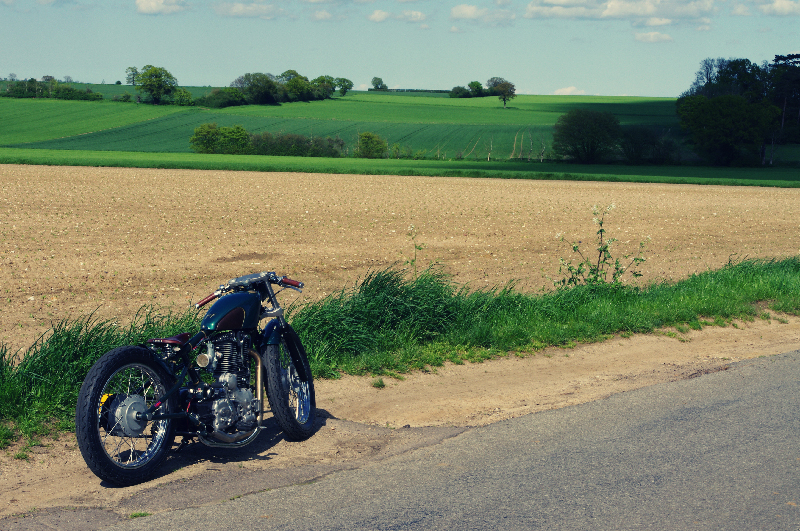 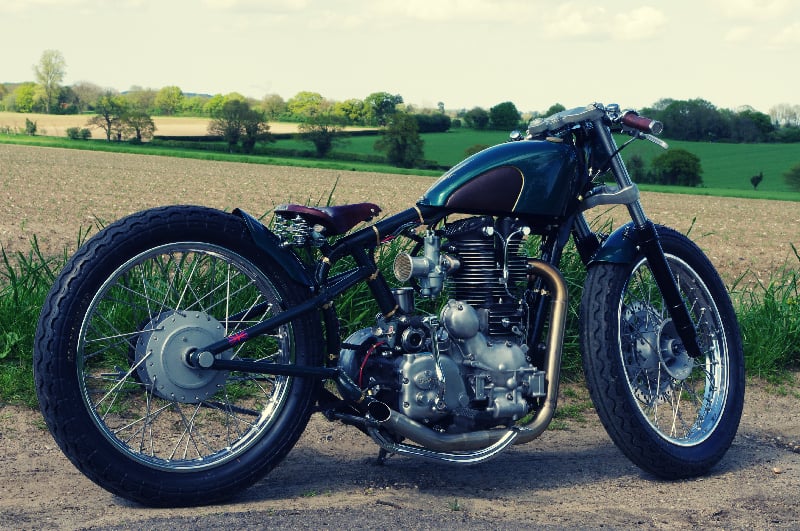 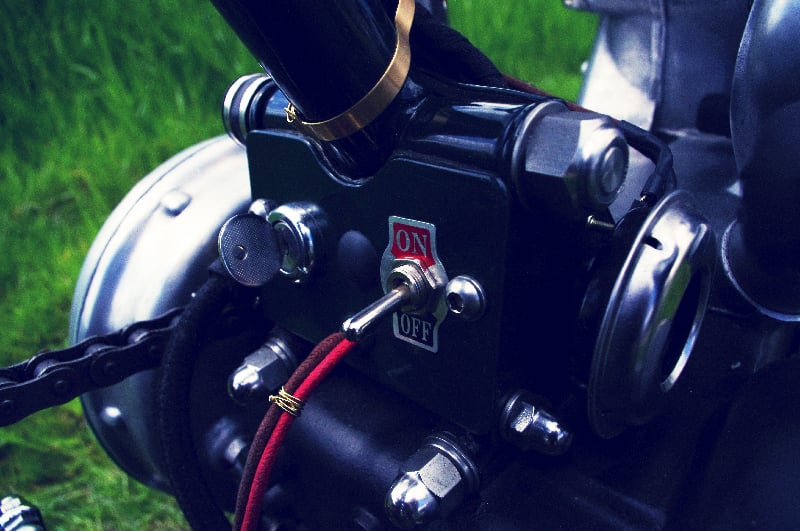