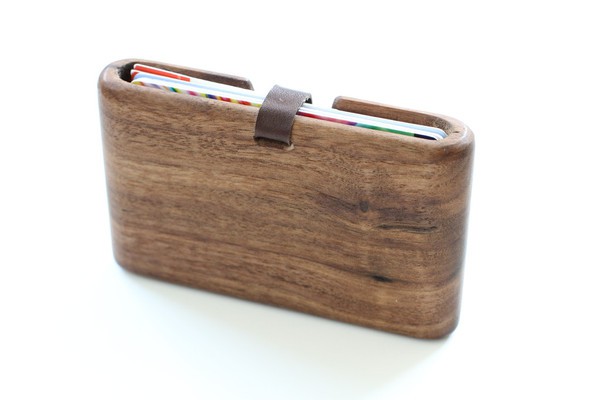 This is a new one on me, wallets fashioned from a single piece of Walnut wood that can apparently be tucked into a rear pocket and sat on, with no unfortunate consequences.

The design of these wallet/card holders is just outstanding, they use a small leather strap with a magnetic clasp to stay closed and they’re capable of holding up to 8 credit cards with cash or a small stack of business cards.

Check them out via SlimTimber here. 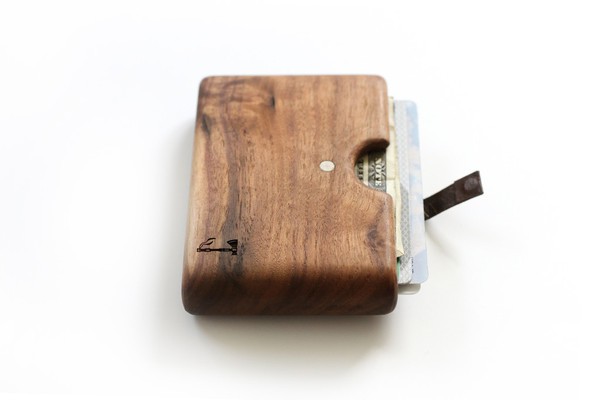 Published by Ben Branch - June 20th 2012
Related Posts
A Radioplane OQ-3 Engine – A Story About Marilyn Monroe, Ronald Reagan, And Drones That Were Designed To Be Shot Down

These are the new-for-2021 OMP Carrera driving shoes, they’re a race-ready boot that’ll be popular with the kind of folks who compete at vintage events like the Goodwood Revival and Le Mans Classic, however they’re…

This is the Protective Motorcycle Hoodie from the team at Akin Moto, it’s been designed for use by motorcyclists with a full DuPont Kevlar® lining for abrasion resistance. The hoodie also has pockets for elbow,…

This is the MITI-001 Outdoor Cooking Tool, it’s a laser cut 304L stainless steel cooking plate with four pins that’s designed to sit atop a cut and split log that’s being burned using the Swedish…