The Hell With Work Hip Flask 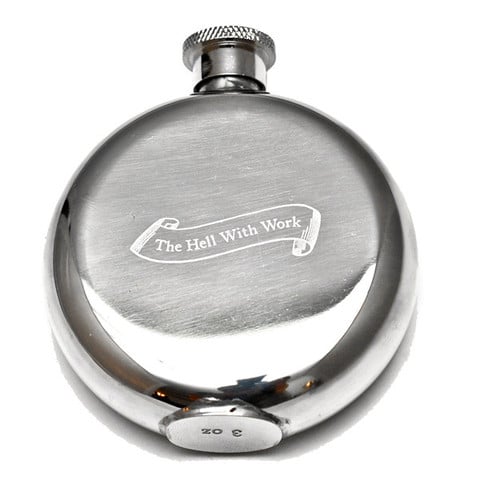 The team at Izola have a special knack for making stuff that I’d commit an armed felony to own. This “The Hell With Work” hip flask is a great example of their gear, it’s made from stainless steel, has a flat bottom and a screw-on cap to keep that sweet, sweet nectar safe.

As those of us in the northern hemisphere are dragged reluctantly into another winter, the thought of having a little flask of grandpa’s cough medicine on hand is highly alluring.

This particular flask comes in either 3oz or 5oz and costs just $22 USD.