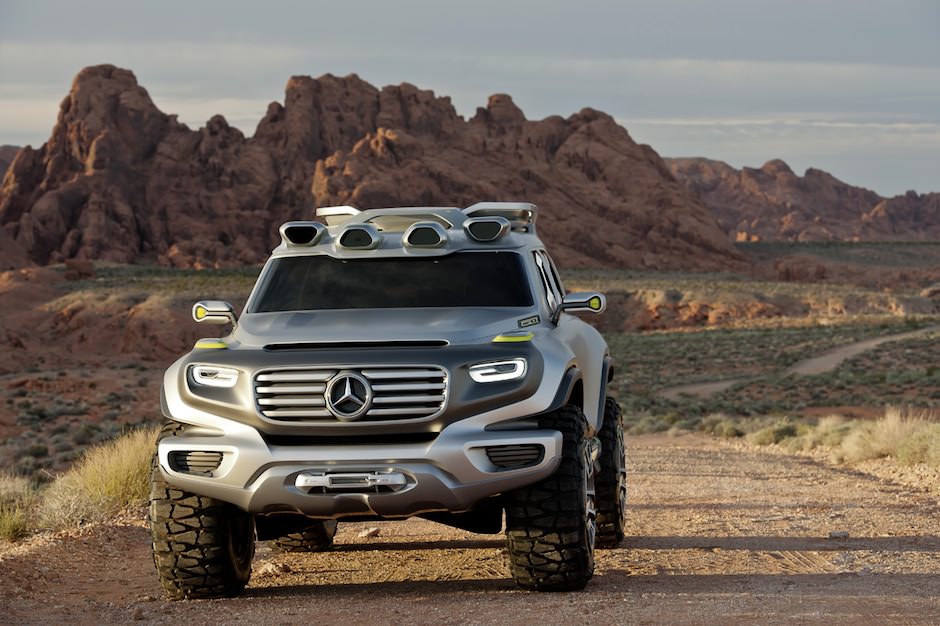 The world of 4x4s is considerably more staid when it comes to design than their smaller 2×4 road based counterparts. Boxy, solid designs tend to be favoured for serious, non-Soccer Mom off-road duties and when designers get a little carried away and create something too unwieldy, they can actually send the company out of business (a la Hummer).

That said, I do like this particular unwieldy concept. It’s called the Mercedes-Benz Ener-G-Force and it’s clearly based on the world-famous G-Wagen (or G-Class as it’s now known), the G-Wagen is the only stock 4×4 capable of holding a flame to the Land Rover Defender and it’s been in production non-stop for over 30 years, so any new-version is going to have to be a serious piece of kit.

The Ener-G-Force was designed as an entrant into the Los Angeles Auto Show Design Challenge of 2012, teams were tasked with creating the perfect Police vehicle for the year 2025, the Mercedes-Benz California design studio spent months working on the design and creating the prototype vehicle you see here.

Power is provided by a hydrogen fuel cell which feeds electrons into the 4 hub-mounted electric motors. The concept 4×4 has 4 terrain scanners mounted in the roof above the windshield to monitor the ground ahead and adjust suspension accordingly, the roof-rack is a rainwater collector and is linked to a battery powered electrolysis system that extracts hydrogen for power.

Although some of these features may sound a little newfangled, it’s worth remembering that it’s designed for the year 2025, by which time most of us will be sitting on our porch telling kids to get the hell of our lawn. I would like to see something very much like the Ener-G-Force produced by Mercedes-Benz a little sooner than ’25, preferably with a flex-fuel diesel engine and spotlights in place of terrain scanners, but the likelihood of it being made is, sadly, fairly minimal. 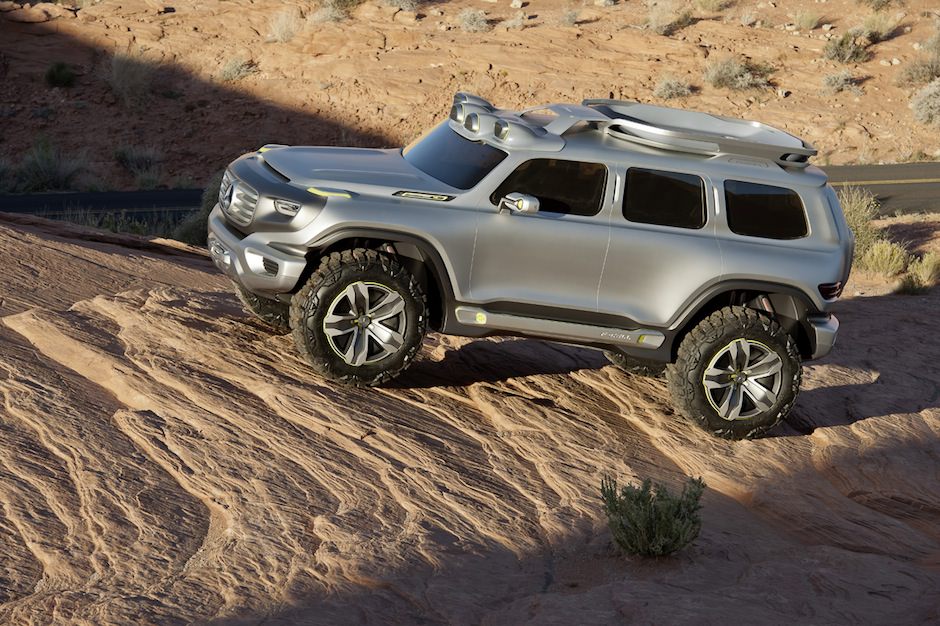 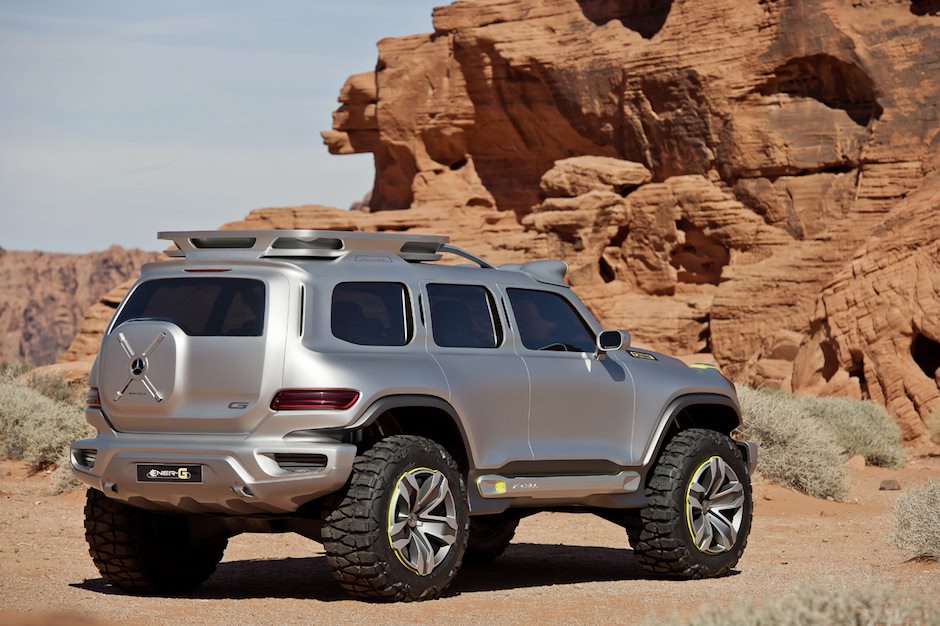 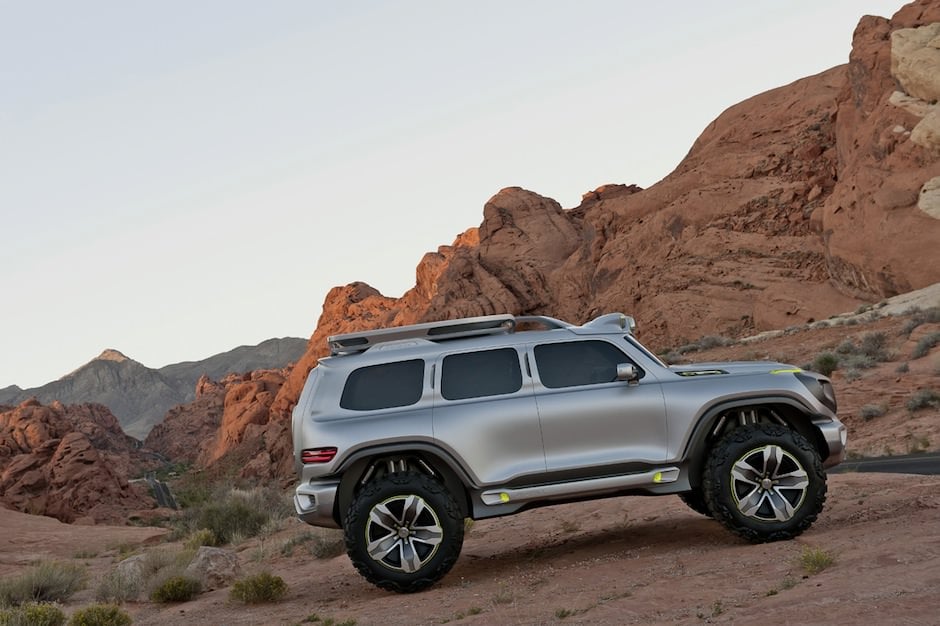 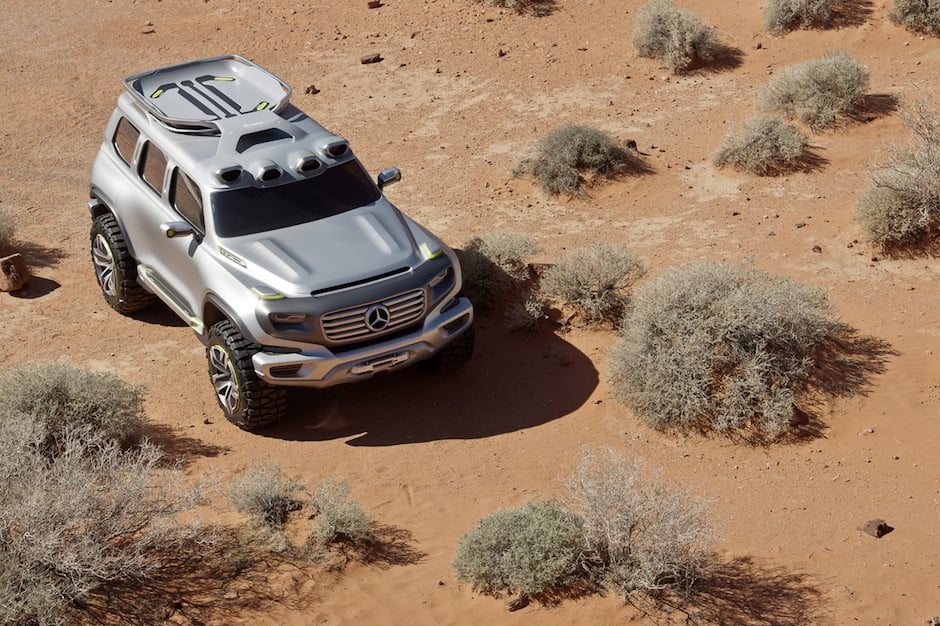