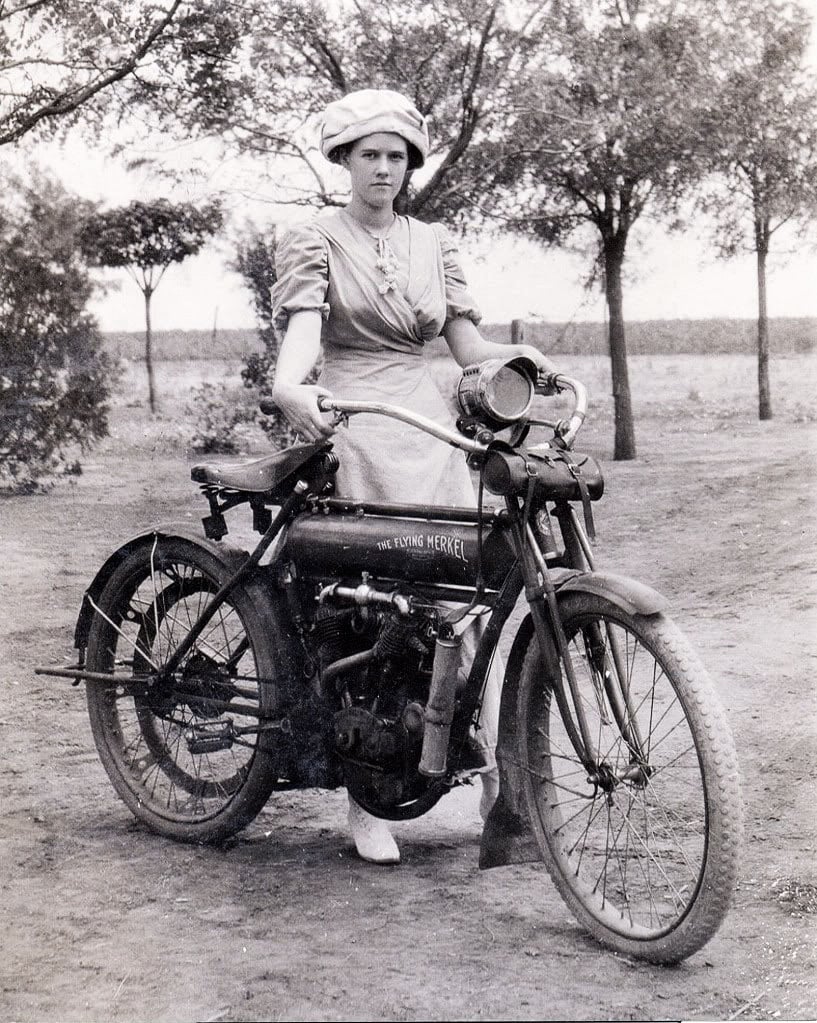 “The Flying Merkel” has to be one of the greatest names ever given to a motorcycle manufacturer, in fact I can’t think of one better. The steely eyes on the lady above tell me she knows how to ride that Merkel in anger and the dings along the side of the bike indicate that it’s been dropped more than once.

She’s a woman after my own heart.