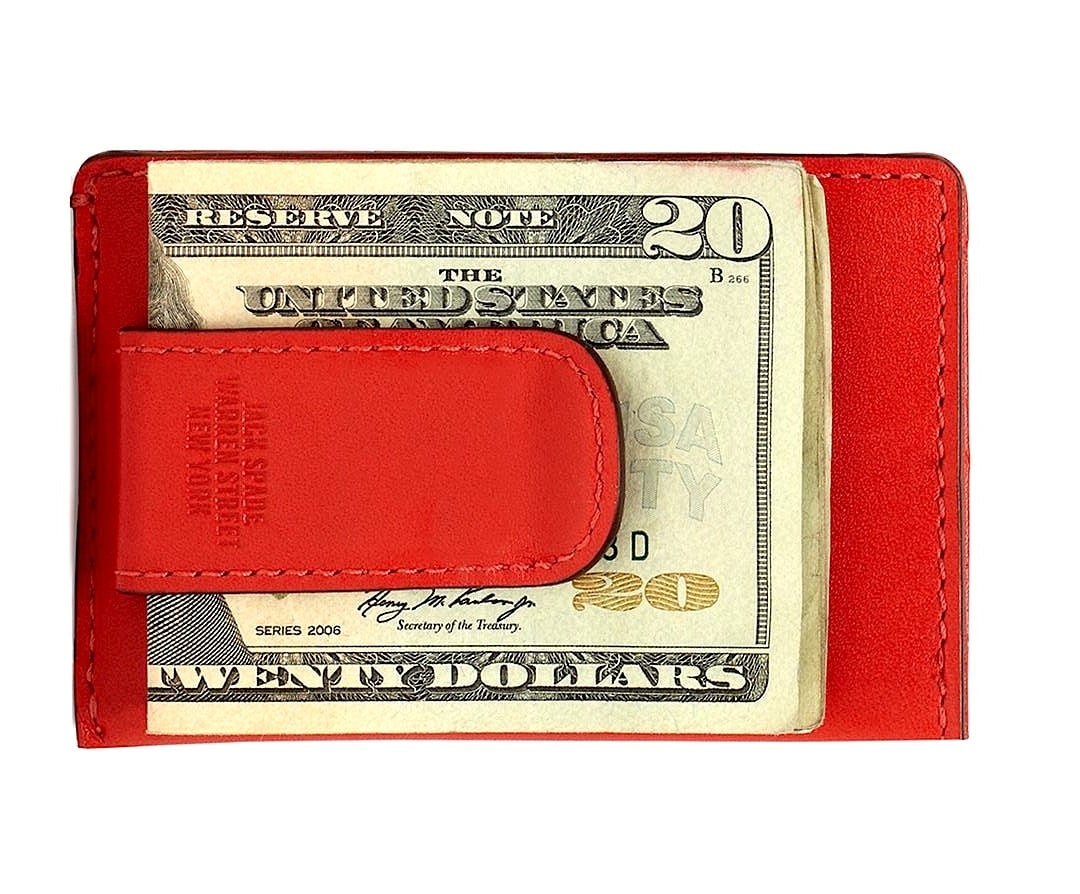 When it comes to wallets, there really is nothing worse than the George Costanza style 4″ inch thick wad of old receipts, movie ticket stubs, cards, coins and notes.

This fantastic minimalist wallet/money-clip by Jack Spade eliminates the possibility of letting your wallet go Costanza, it has a money-clip on the back with 2 slots for credit cards on the interior and that’s it.

Check it out here via Jack Spade.