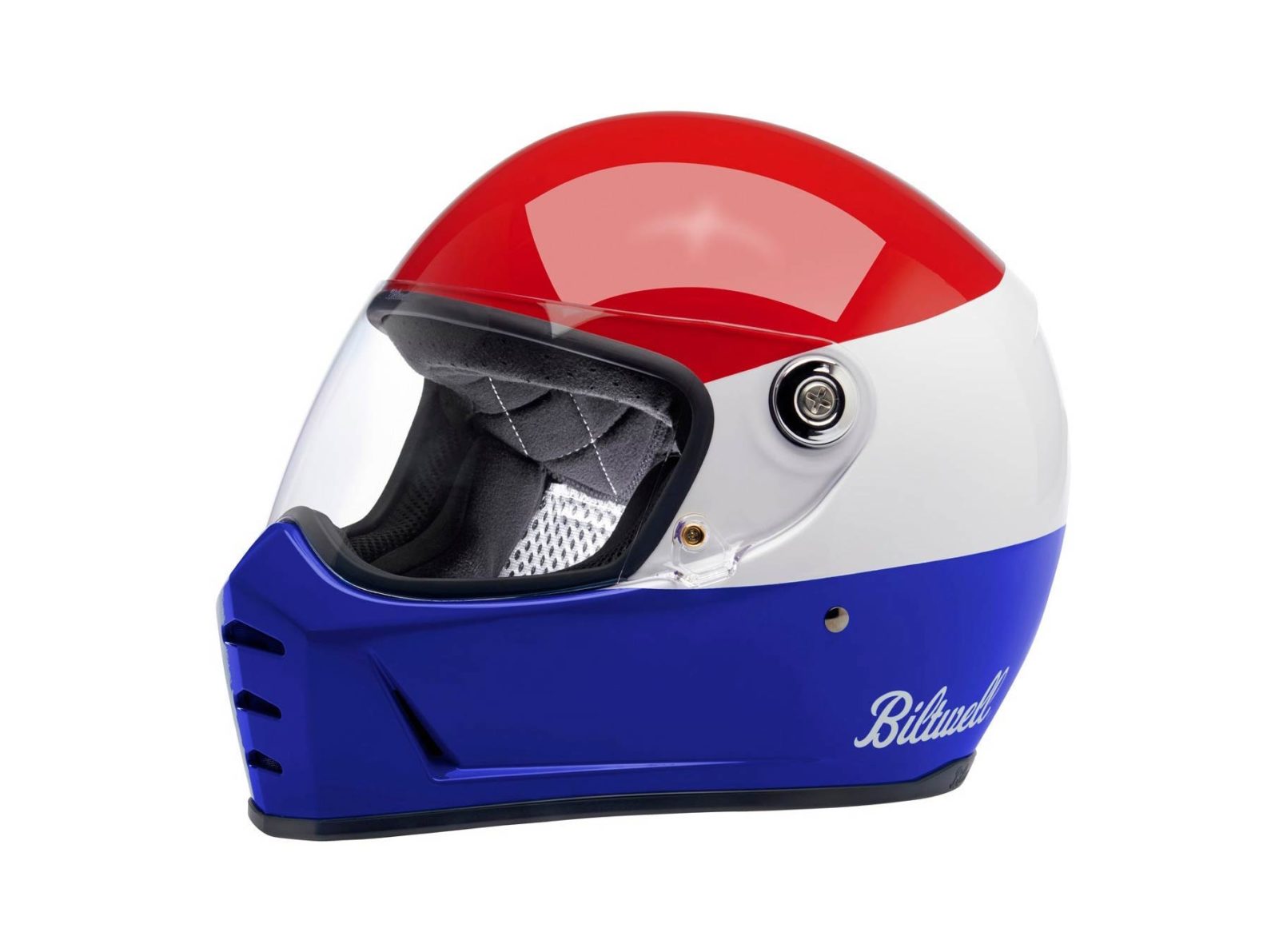 The Biltwell Lane Splitter helmet was released a few years ago and quickly became a popular choice with those looking for a retro helmet that met modern safety standards.

Since the release of the model a number of colorways have been unveiled, including the recently introduced Red/White/Blue variant, designed as a reference to the colors in the American national flag, better known as the “Stars and Stripes.”

As with its siblings in the Lane Splitter family, the Red/White/Blue meets the rigorous European ECE 22.05 helmet safety certification standard, as a result it tends to fit more snugly than similar US DOT-compliant helmets.

Each Biltwell Lane Splitter helmet has an injection-molded ABS outer shell paired with a three-piece Expanded Polystyrene (EPS) safety liner that absorbs impacts to lessen the shock to your brain during an accident.

The Lane Splitter helmet has vents in the chin bar to let in cooling air and an exit port in the back of the helmet to let it out – to keep airflow moving through the helmet even when the shield is down.

The molded urethane chin bar pad has front and side vents for optimal airflow and each helmet comes with a flip-up CE-certified polycarbonate shield that has anti-fog and anti-scratch treatments. Inside the helmet you’ll find a removable/washable/replaceable comfort liner and cheek pads, and the chin strap has brushed fleece Lycra touch points for comfort.

The Lane Splitter has molded recesses at the ears to allow you to install audio and communications equipment, an essential feature for many who like to listed to music while they ride, or for those who ride in groups and like to stay in touch with the other riders.

Helmet sizing ranges from XS all the way up to XXL and there’s a sizing guide on the site to allow you to get the best fit the first time. Biltwell offers free shipping across the United States and international shipping is available, the Lane Splitter Red/White/Blue retails for $299.95 USD. 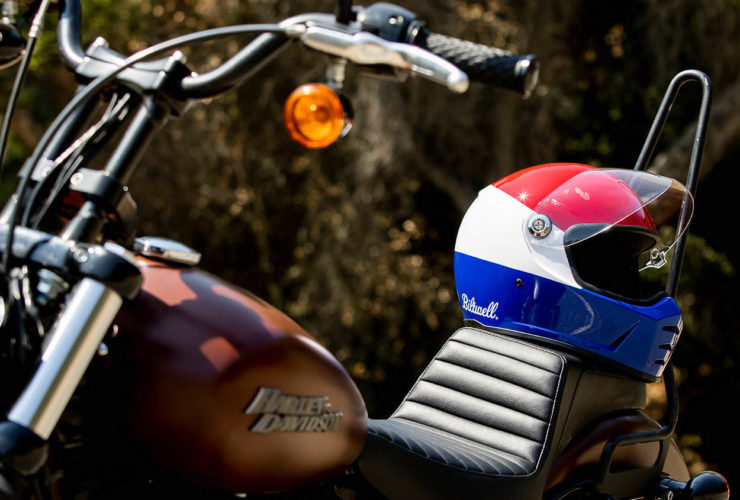 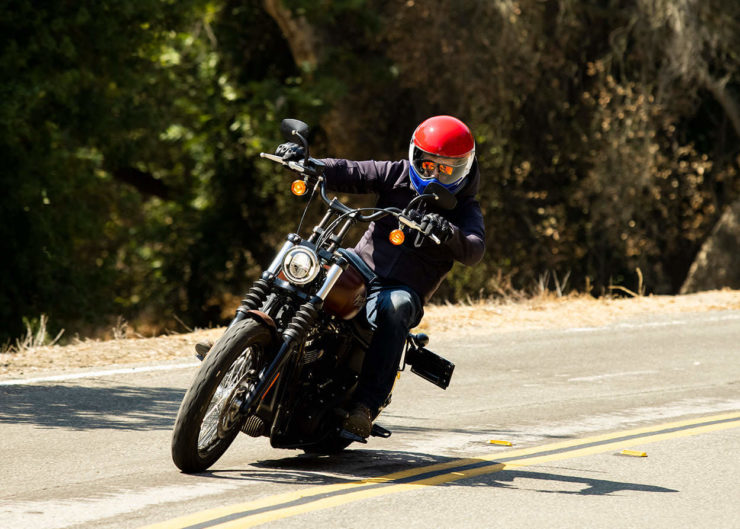 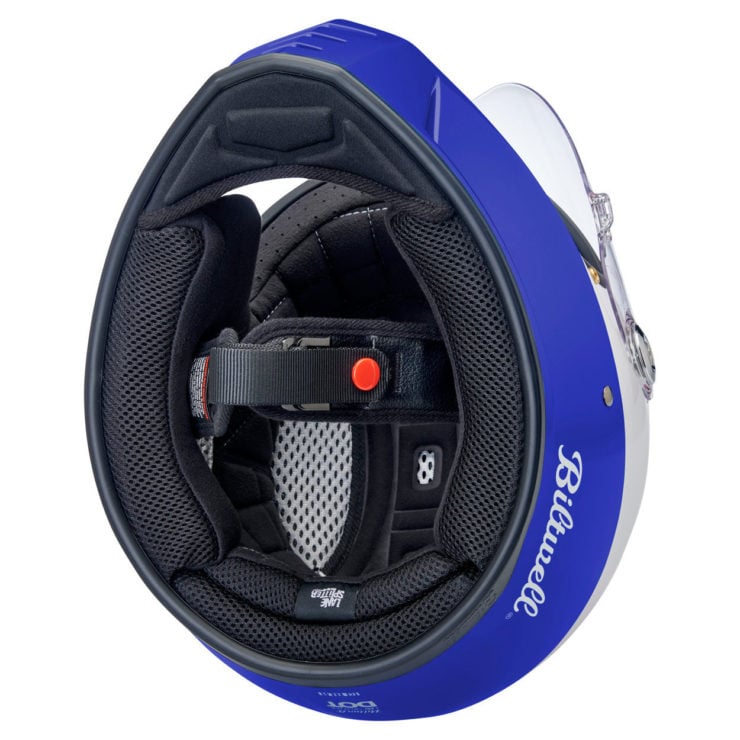 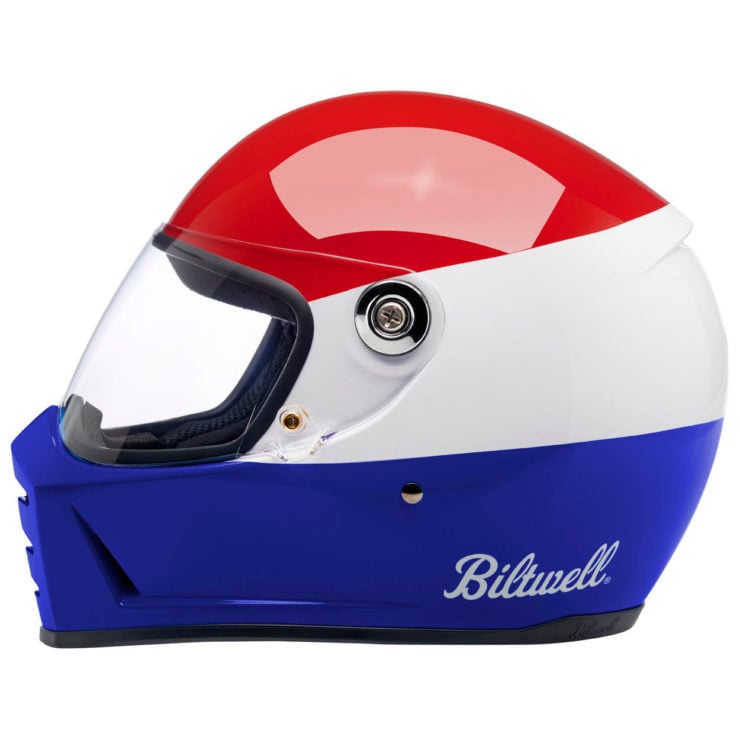 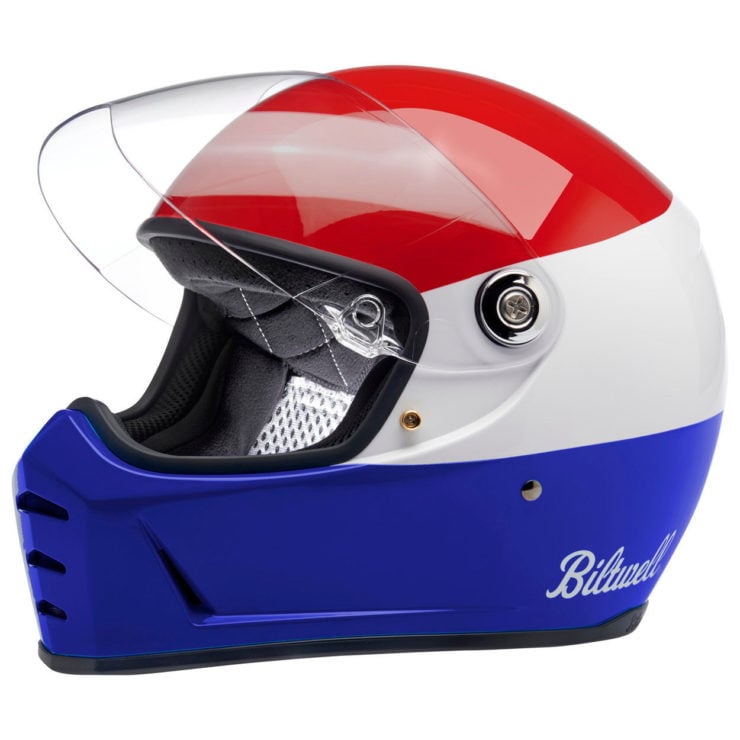