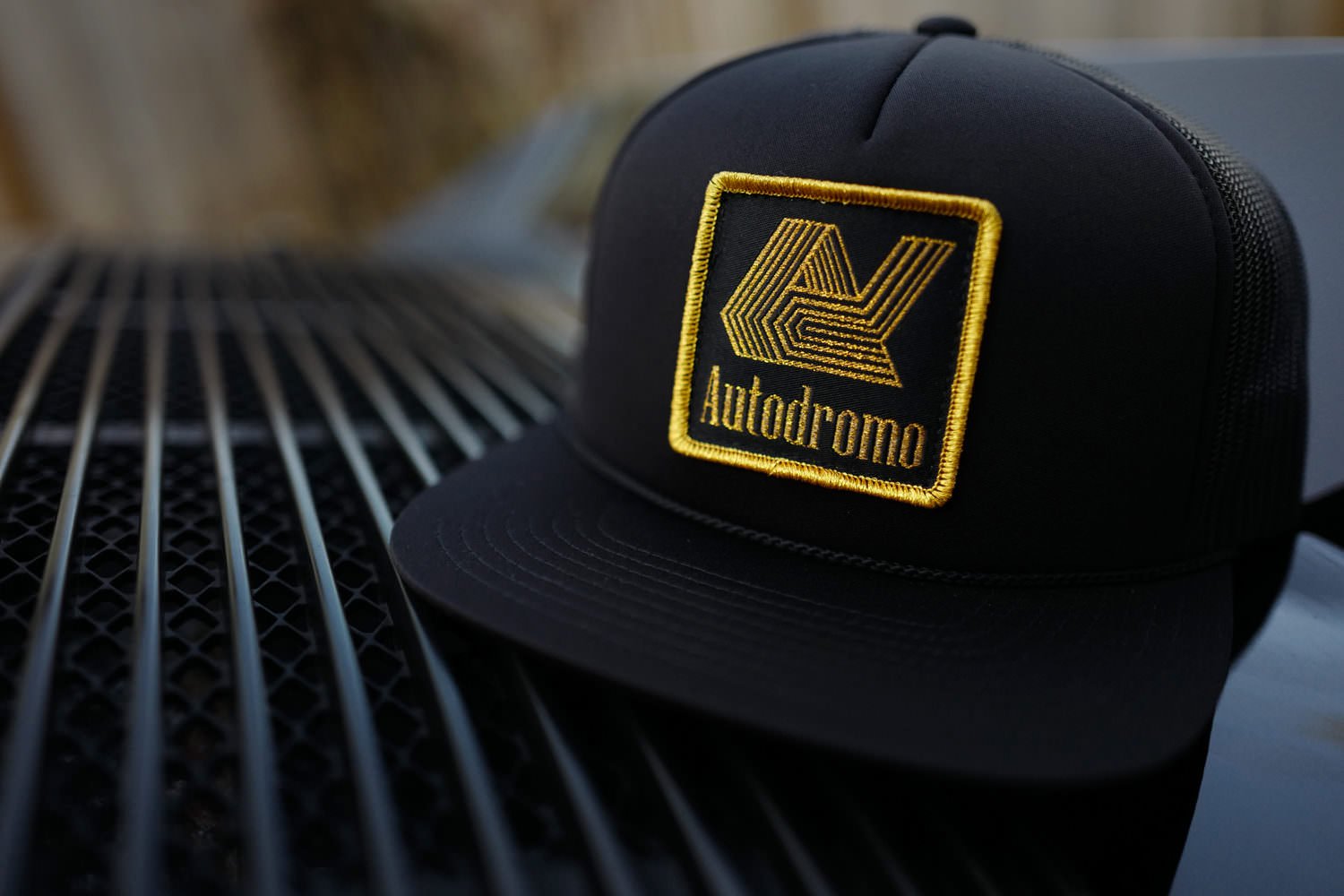 This is the tabac logo version of the Autodromo hat, specifically designed to evoke the spirit of the hats worn by motorsport legends in the ’60s, ’70s, and ’80s but without advertising any actual tobacco companies. Back in 2011 Autodromo launched a collection of classic motorsport inspired watches that were actually attainable, with an MSRP regular people could afford.

This proved to be a winning strategy and the company has grown quickly, releasing a number of watch collections since as well as sunglasses, driving gloves, and hats. With Autodromo’s strong focus on the golden age of motorsport it’s no surprise they chose the classic mesh-rear, snapback design.

The Autodromo tabac logo was designed to look like period cigarette advertising, “tabac” is the French word for “tobacco”. The logo is embroidered with bright yellow gold foil thread that will mellow to a more champagne gold with age and wear. The mesh-rear allows excellent breathability, an asset in warmer seasons and climates, and the snapback is obviously adjustable, allowing you to tailor the fit quickly and easily. 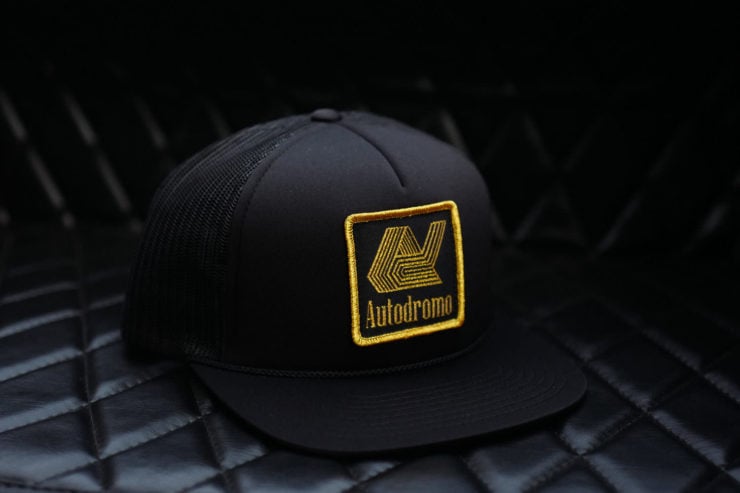 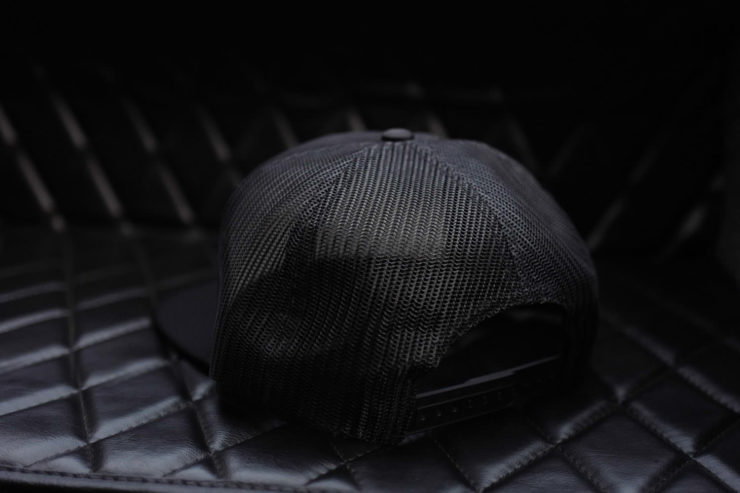