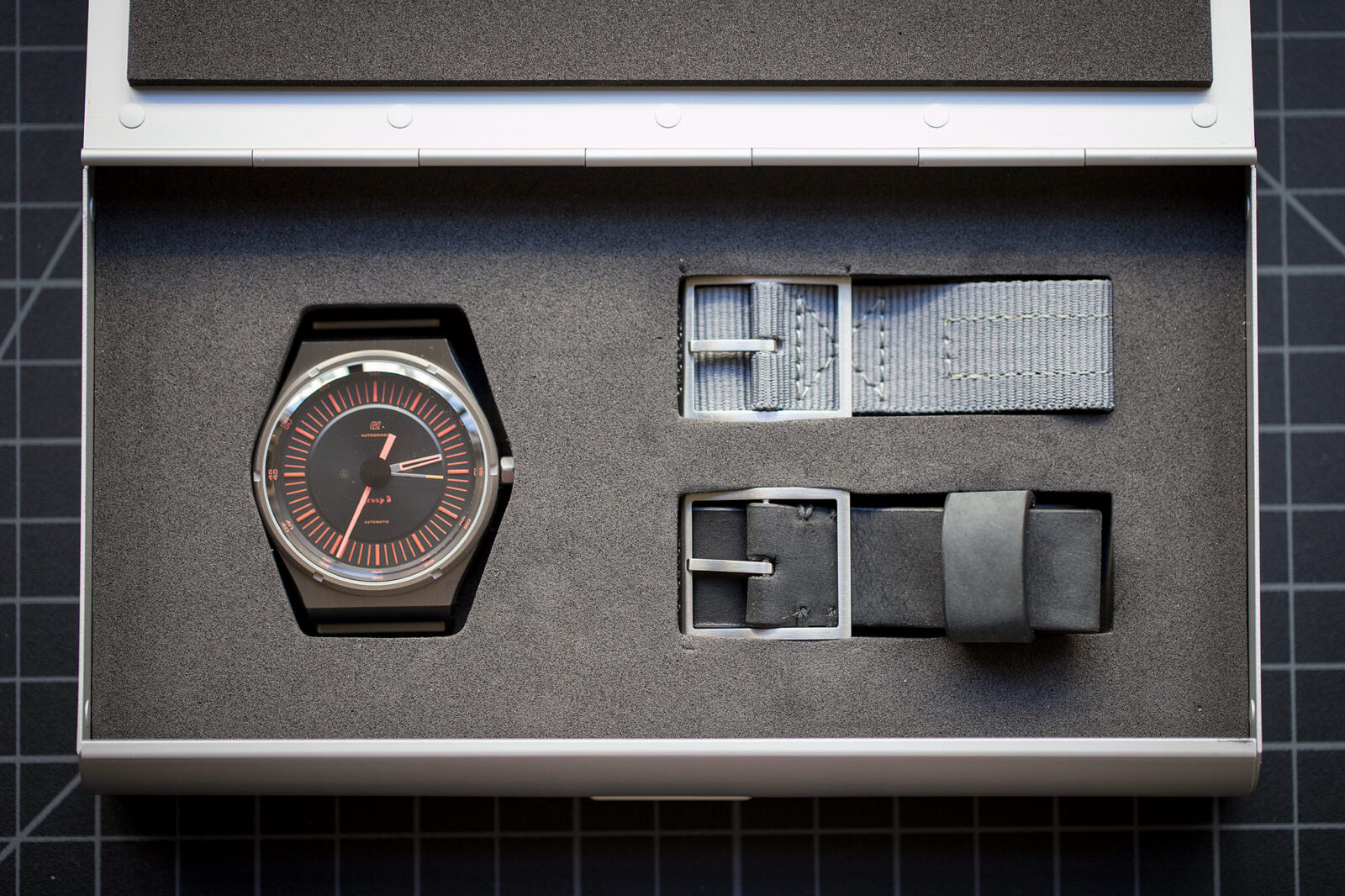 There aren’t many sub-$1,000 USD wristwatches you can buy that look perfectly at home in the cockpit of a Lancia Stratos, but the Group B watch by Autodromo is one of them.

The Group B is powered by the Miyota 9015 automatic 24 jewel hacking mechanical movement and has a sapphire crystal face, titanium and stainless steel bimetallic case construction, and it’s water resistant to 50 meters (5 ATM).

The version you see here is the Autodromo x Worn & Wound Group B, a collaborative effort between the two popular independent companies. It features a gunmetal PVD steel and titanium case with a black dial and red markers, there are two straps included – an American-made single pass leather strap and a hard-wearing, waterproof nylon strap for non-leather friendly pursuits.

Each watch is backed by a 2-year warranty and is priced at $975 USD. 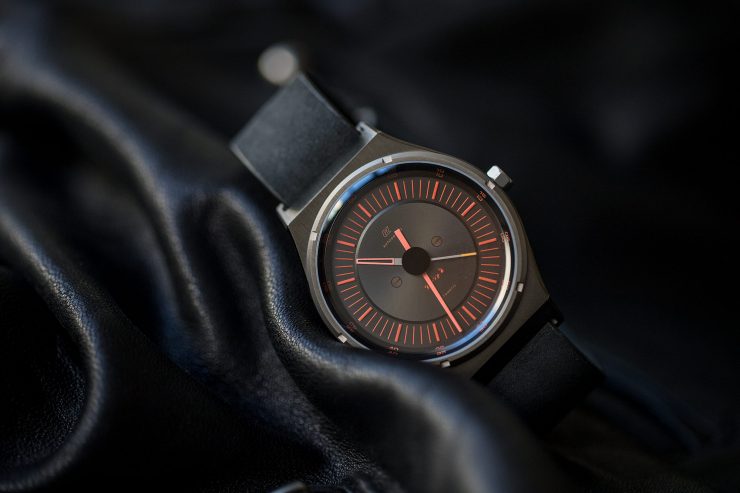 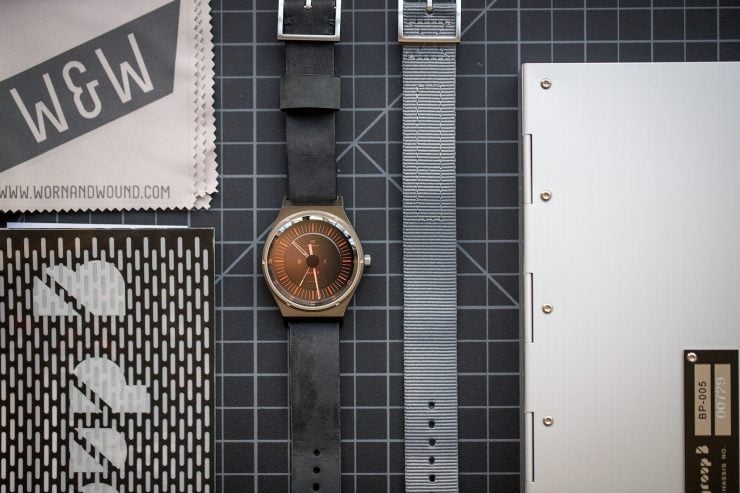 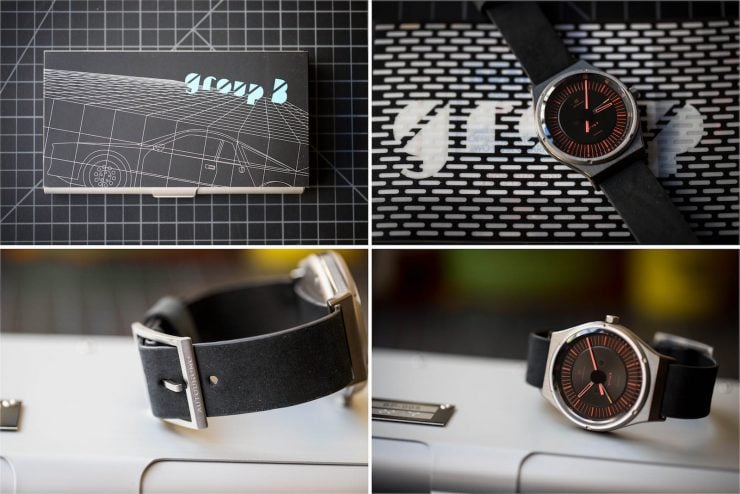 The Dainese Kidal Jacket was designed by the Italian motorcycle gear manufacturer to evoke the spirit of the classic Paris-Dakar Rally wear from the late 1970s and early 1980s. Now known as the Dakar Rally, the Paris-Dakar quickly earned a reputation for being the single hardest race in the world. It crossed countries, continents, and…

I honestly never thought I’d be the kind of man to have a favourite scented candle, but I do, and this is it. This is the 2Stroke Smoke Scented Candle by the team at Flying Tiger Moto, each one comes in a tin measuring in at one pint in volume, and it contains a scented…

The Bamford GMT is an in-house design from the British company that is probably best described as the AMG of the watch world. Since being founded by George Bamford the company has gone from strength to strength, welcoming clients into their townhouse headquarters called The Hive in the high-end London neighbourhood of Mayfair. Bamford made…

This Speedmaster Skywalker X-33 flew to the International Space Station aboard the Japanese space freighter HTV-6 which launched on the 9th of December 2016 on the wrist of ESA astronaut Thomas Pesquet’s as part of his Proxima mission. It returned to Earth in the SpaceX Dragon CRS-11, on the 3rd of July 2017 shortly after… 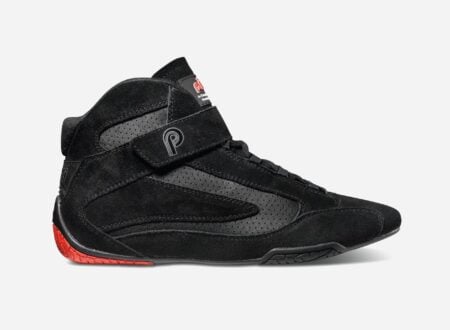 The Piloti Competizione Race Boot is a professional-grade motorsport boot with full certification to both the FIA-8856-2000 standard and the SFI 3.3/5 standard. Piloti boots are a common sight in the pit lane and paddock of many racing events around the world, particularly vintage and classic car gatherings like the Goodwood Revival and the Le…