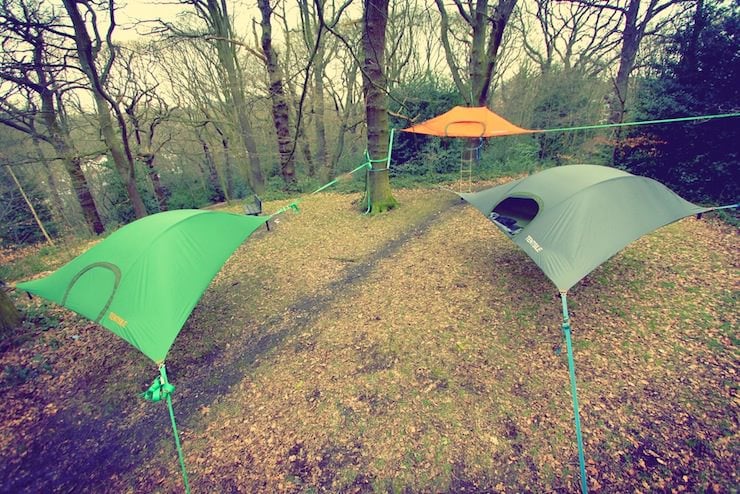 This is quite easily the coolest tent that I’ve ever come across. It’s called the ‘Tentsile Stingray’ and it’s a tent that can be set up on the ground normally, or suspended in the air with the aid of 3 high-capacity tree-straps. The tent comes as standard with a rope ladder and a triangular, in-floor hatch allowing entry from the ground. It also has a semi-circular, above ground hatch for standard entry (which doubles as a window).

When the Tentsile Stingray is set up above the ground, the floor doubles as a 3 person hammock which means you don’t need to carry any bedding with you. The Stingray weighs in at just 13lbs when all packed up and is made from Rip-Stop polyester, Cordura and aircraft-grade aluminium.

These tents only became available in March 2013 so this is a good chance to pick one up before anyone else has even seen them. Just be warned, you’ll instantly become the most popular person at the camp ground. 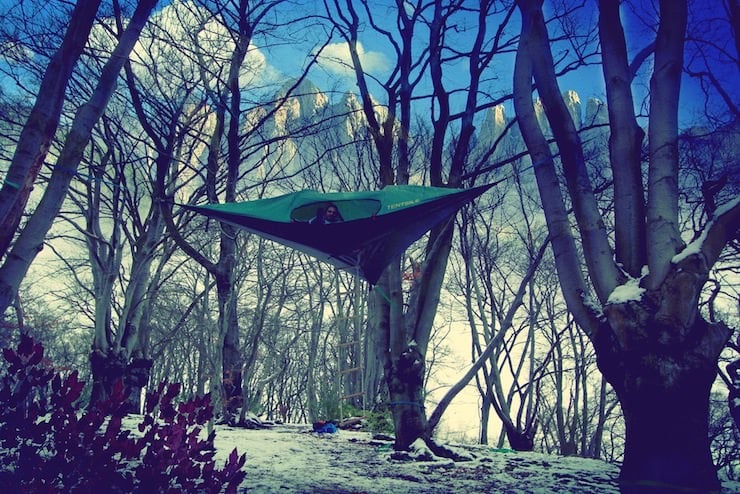 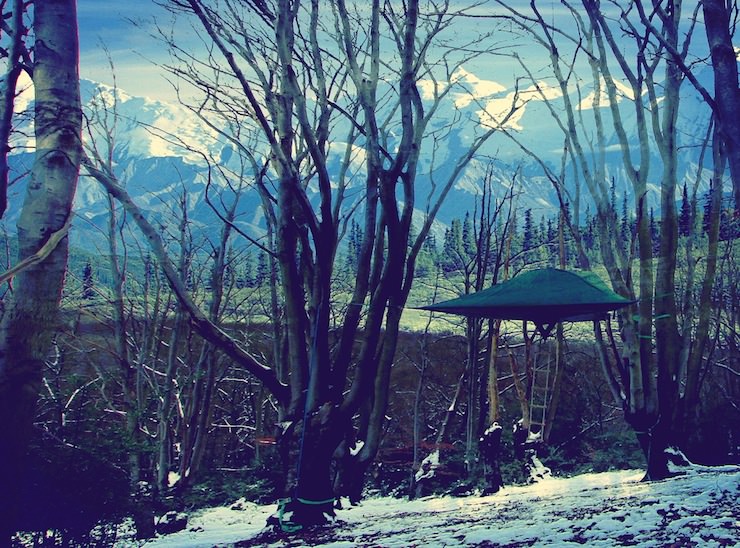 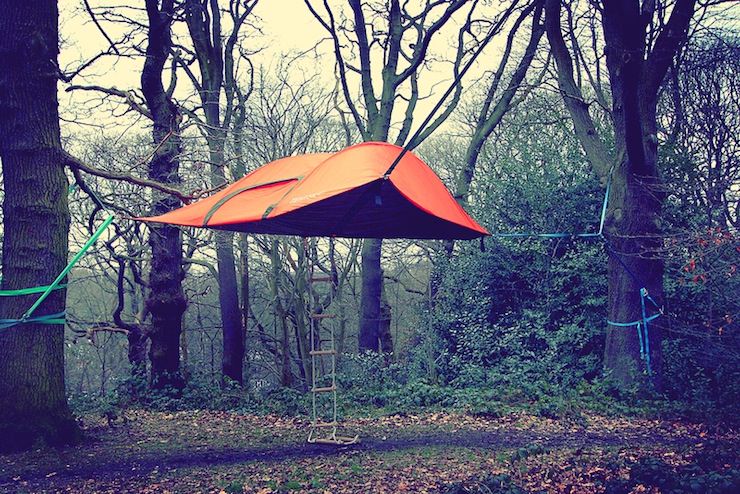 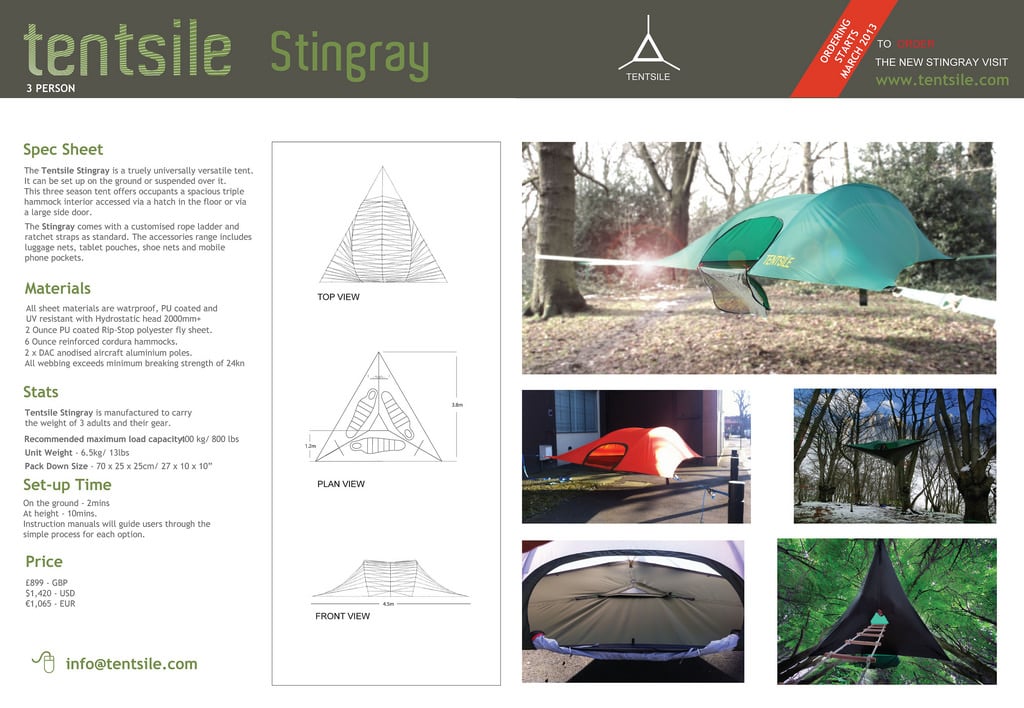 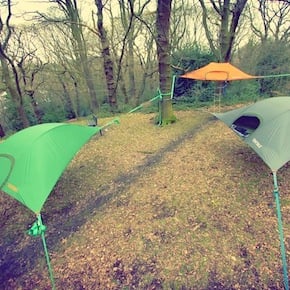