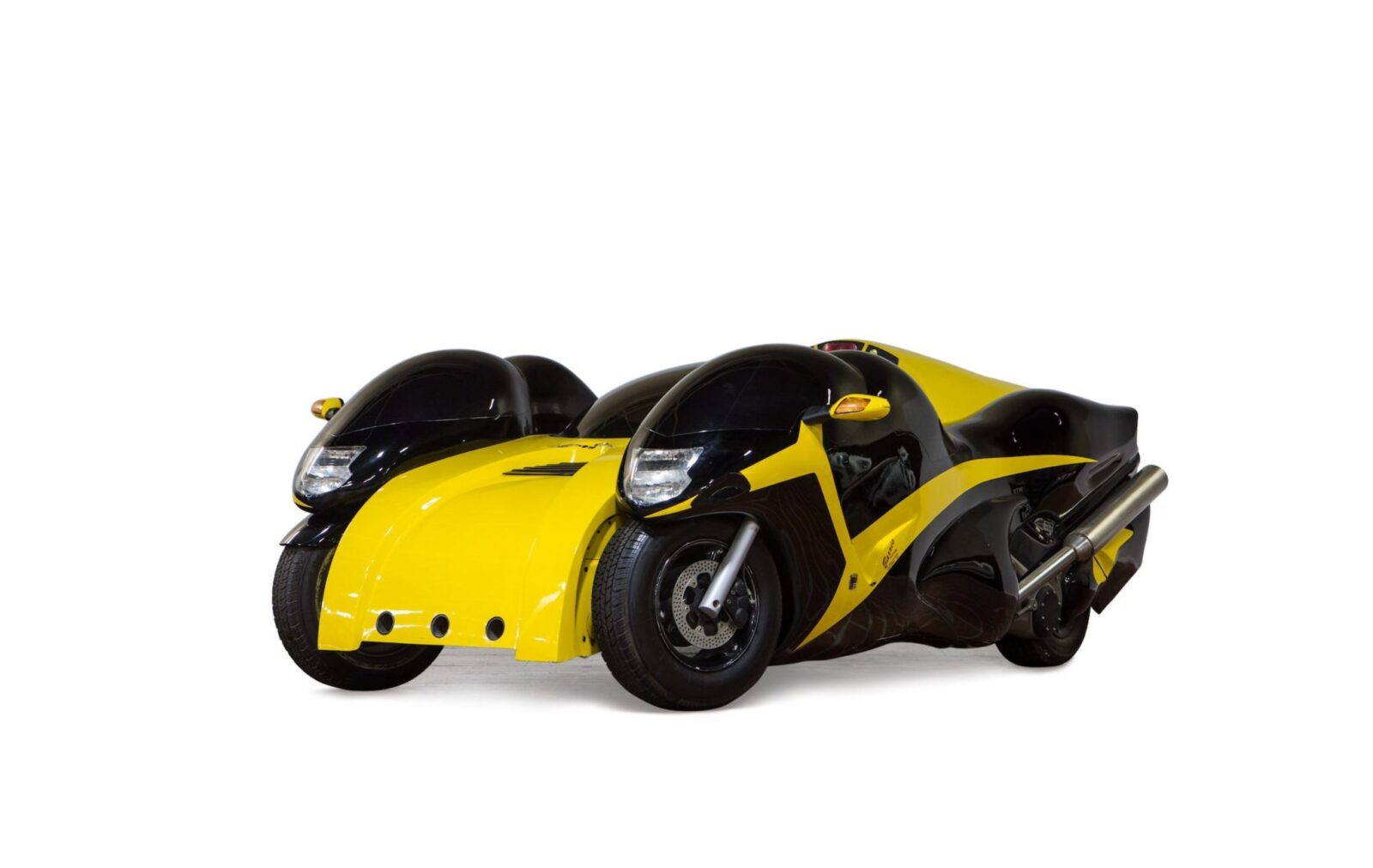 A Brief History of George Barris

The Team Knight Rider High Speed Pursuit Vehicle was designed by the legendary George Barris of Barris Kustom – the same man who created the 1966 Batmobile, the Munster Coach, the truck from The Beverly Hillbillies, and some of the later versions of KITT from the original Knight Rider series.

When he wasn’t creating unusual vehicles for film and television, Barris took on custom work for some of the biggest stars in the world. He created a custom gold Rolls-Royce for Zsa Zsa Gabor, a Cadillac for Elvis Presley, custom Pontiac station wagons for John Wayne, a Cadillac Eldorado (converted into a station wagon) for Dean Martin, and perhaps most unusually, a pair of 1966 Ford Mustangs for Sonny and Cher – which you can see here.

The Barris creation shown here is the lesser known but no less unusual High Speed Pursuit Vehicle from the 1990s TV series Team Knight Rider. The show was a follow-on from the hugely popular ’80s Knight Rider series starring David Hasselhoff and KITT.

Whereas the original series featured one man and his talking car, the ’90s series had five main characters, each with their own talking vehicle. The High Speed Pursuit Vehicle was used in the latter half of the series, ostensibly as two of the Knight Rider motorcycles (Kat and Plato) joined in the centre.

Barris and his team developed the High Speed Pursuit Vehicle to look as much like two ’90s era superbikes joined in the centre as possible. Rather than actually joining two bikes they instead decided to go down a far more practical (and simple) path, creating a custom fibreglass body that sits over a tubular frame chassis with VW Beetle running gear.

On closer inspection you’ll notice that the front disc brakes are non-operational, as are the exhausts down each side, and the visible fork legs. The rider (or driver) sits in a centrally mounted seat between the two “bikes” under a Perspex canopy, there’s a standard looking steering wheel and a right-side gear shifter, along with a few switches, lights, and some red buttons with the word “Missiles” written beneath them.

In the TV Show the missiles would fire out of the three circular openings in the front of the main fairing, before flying off to blow up the bad guys.

The opportunity to buy an original George Barris vehicle doesn’t come up all that often, and when his original Batmobile came up for auction in 2011 it sold for an eye-watering $4.6 million USD. Although no where near as famous, this original creation from Team Knight Rider is likely to attract plenty of attention when it sells via Mecum Auctions in mid to late May at the Indy Auction. If you’d like to read more about the vehicle or register to bid you can click here.

I just hope that whoever buys it figures out how to get it road legal and takes it out on the road. Too many Barris creations end up locked away in private collections, and you have to think George would have loved to see them out in public. 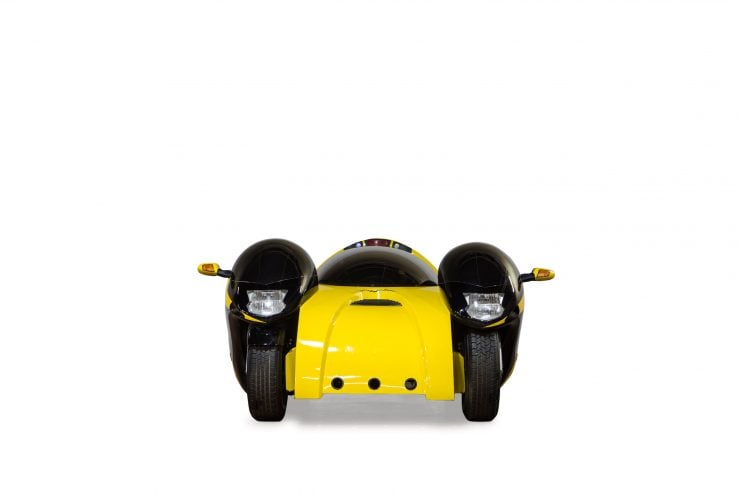 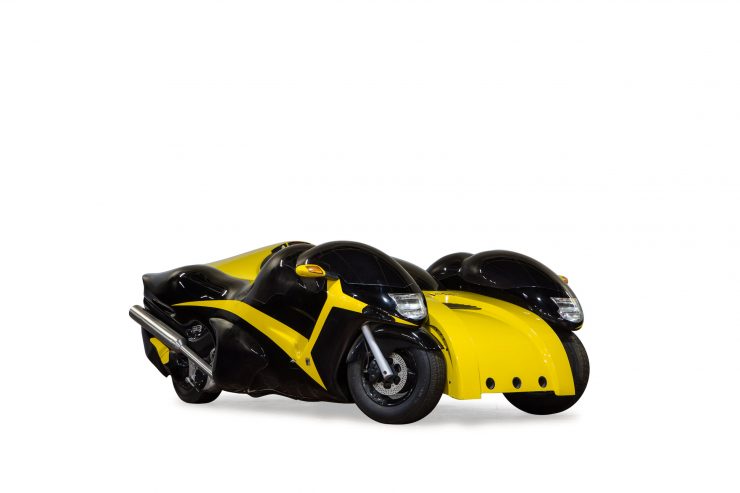 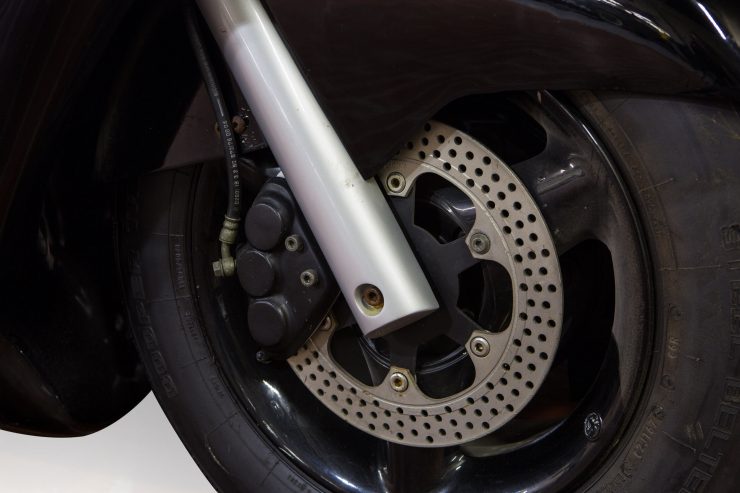 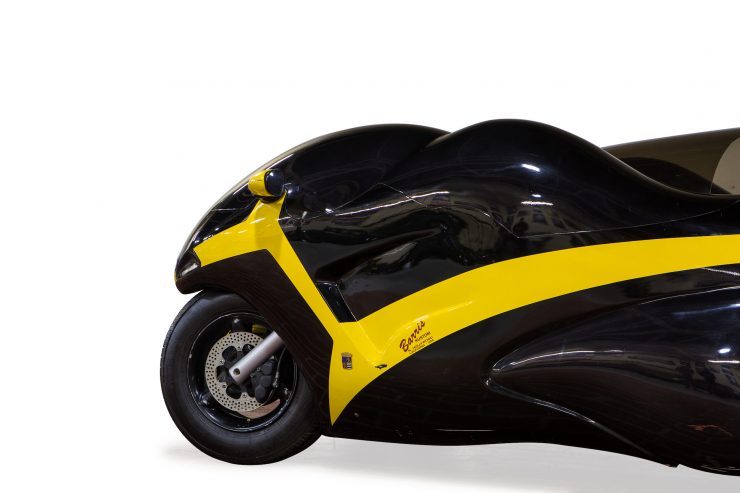 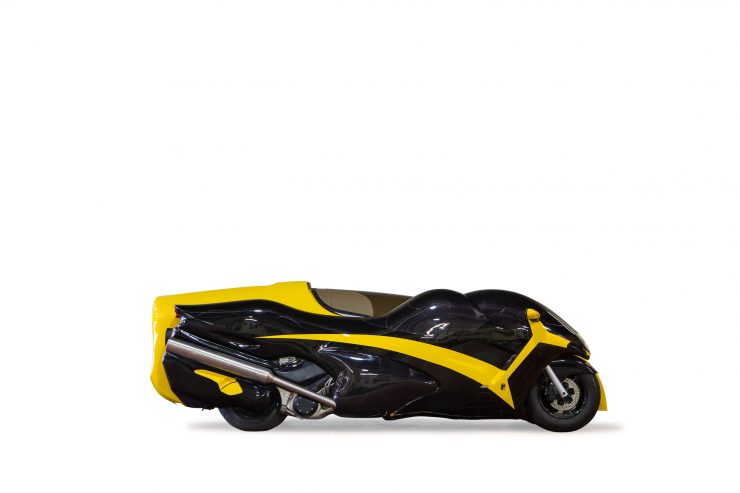 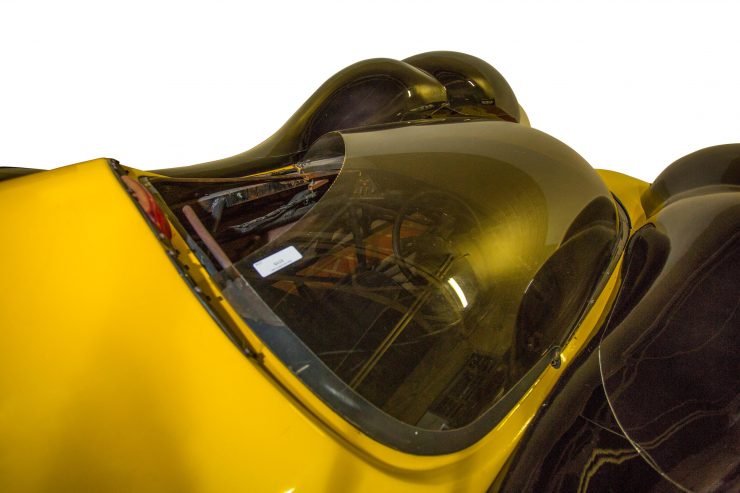 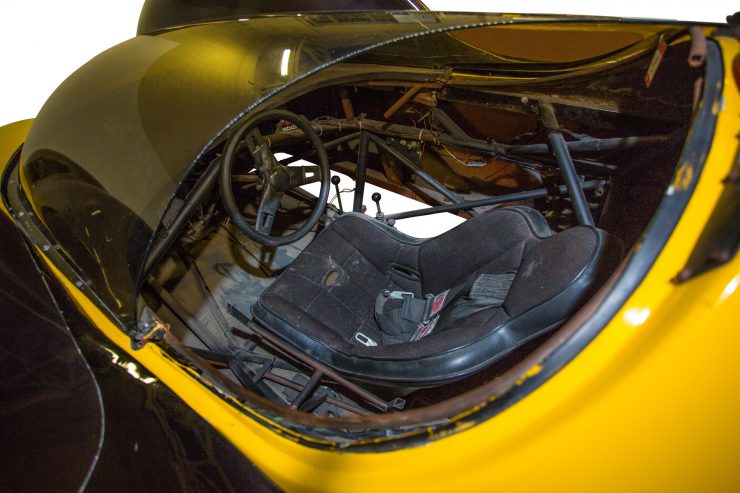 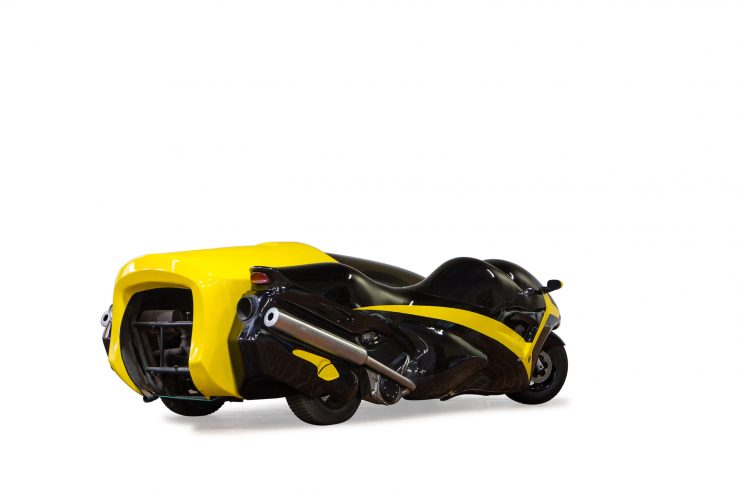 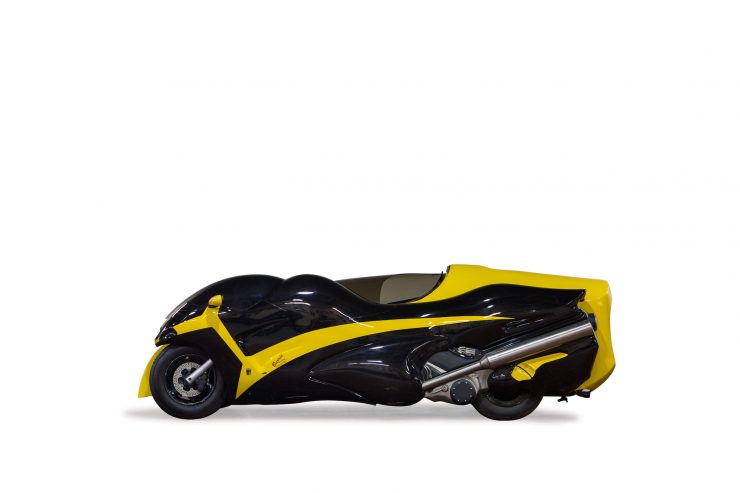 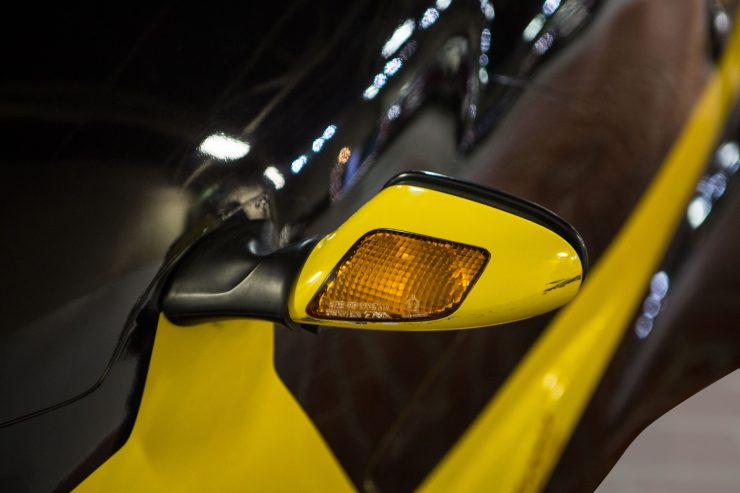 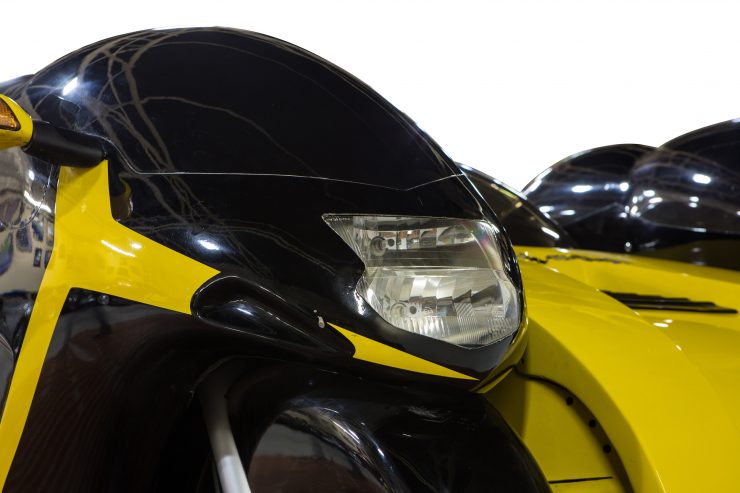 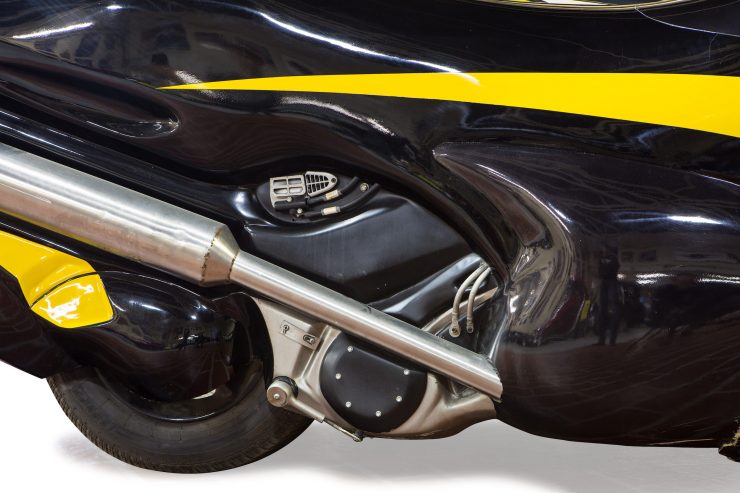 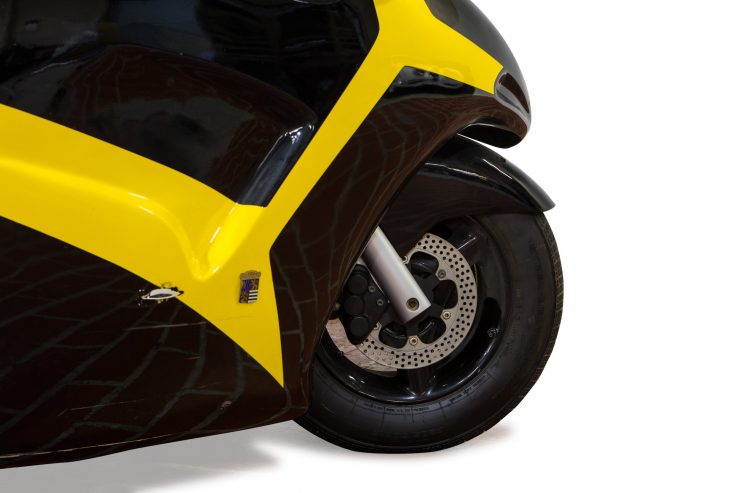 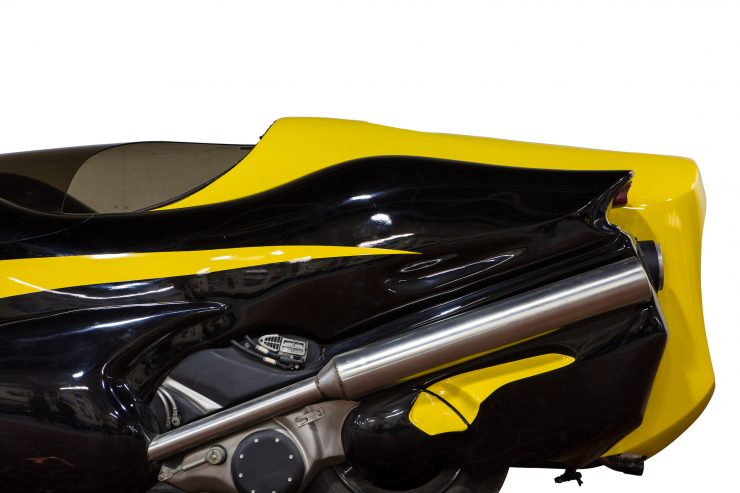 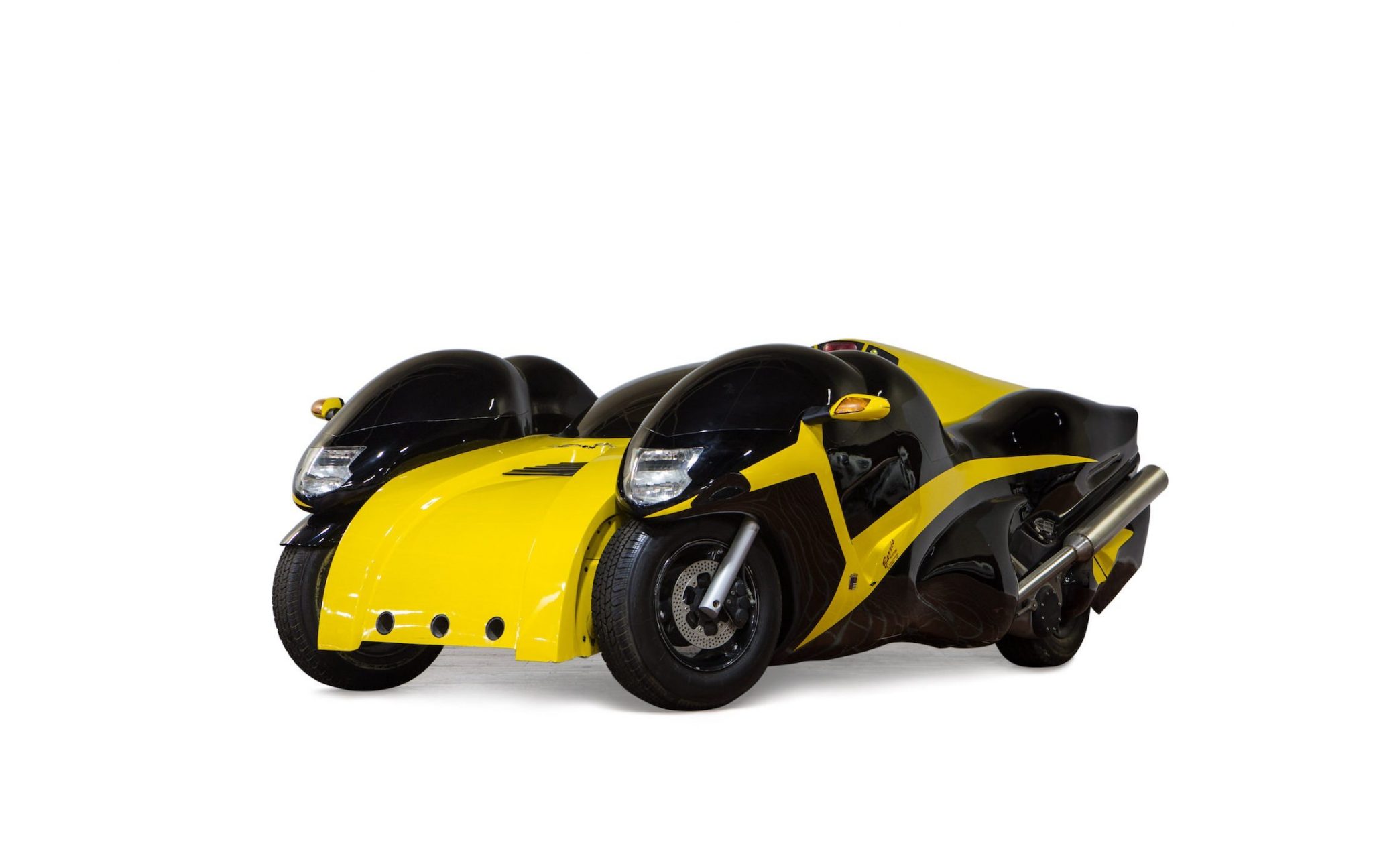