The Ford Mustangs of Sonny and Cher

In 1965 the duo of Sonny and Cher burst forth onto the American music scene, embodying the youthful culture of the era and rocketing up the charts with their singles “Baby Don’t Go” and “I Got You Babe”. Ford was quick on their feet, they pulled two 1966 Mustangs from the production line, with almost synchronous chassis numbers, and sent them to legendary car customiser George Barris – most famous for creating the first Batmobile as well as the Munster Koach.

George was asked to create “his and hers” matching cars that would be sent to Sonny and Cher as gifts. Each car started out as a stock Mustang with the 289 cubic inch small-block V8 engine, and the C4 automatic transmission. Barris went all out with the contract, he re-designed the front and back of the Mustangs to incorporated rectangular headlights, Ford Thunderbird taillights, redesigned grills, and a unique indent in the front center section of the hood.

Both Mustangs will be sold as a single lot at the upcoming Barrett-Jackson Las Vegas Auction due to be held between the 13th and 15th of October. Fortunately they won’t be separated, and are likely to be picked up by a museum or high-end collector. If you’d like to read more or register to bid you can click here to see Sonny’s and here to see Cher’s. 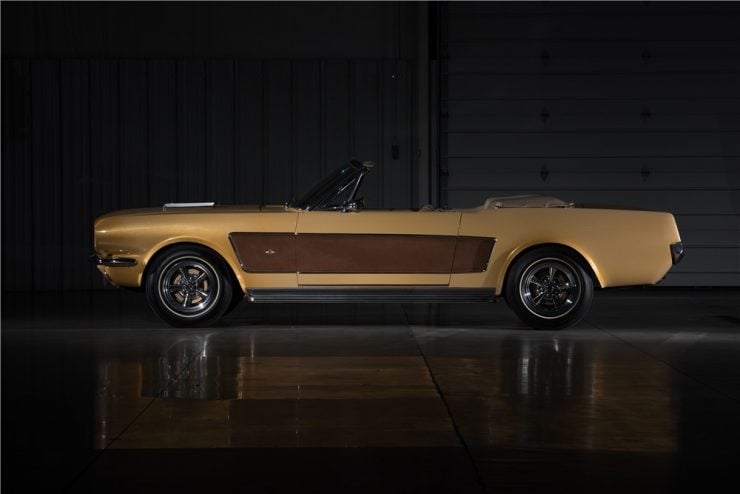 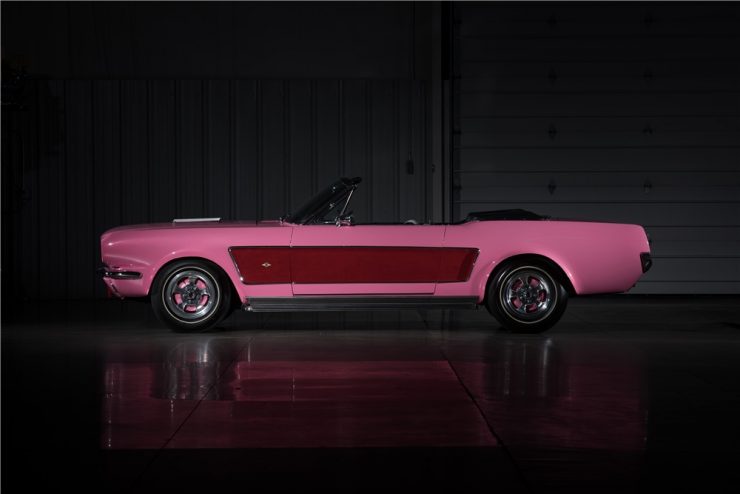 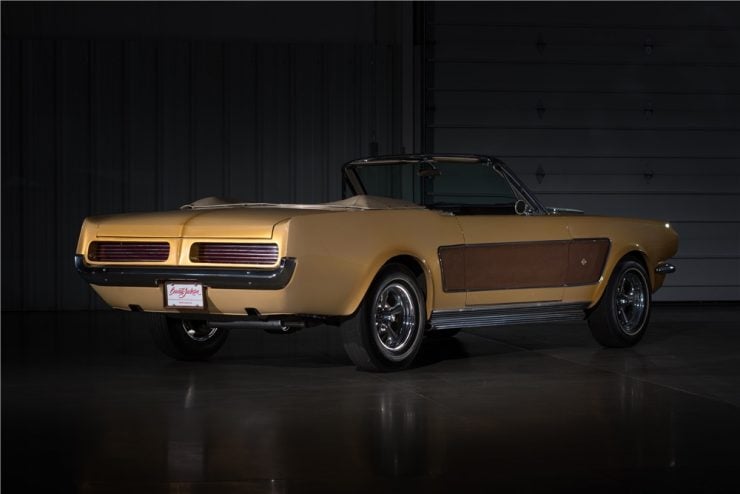 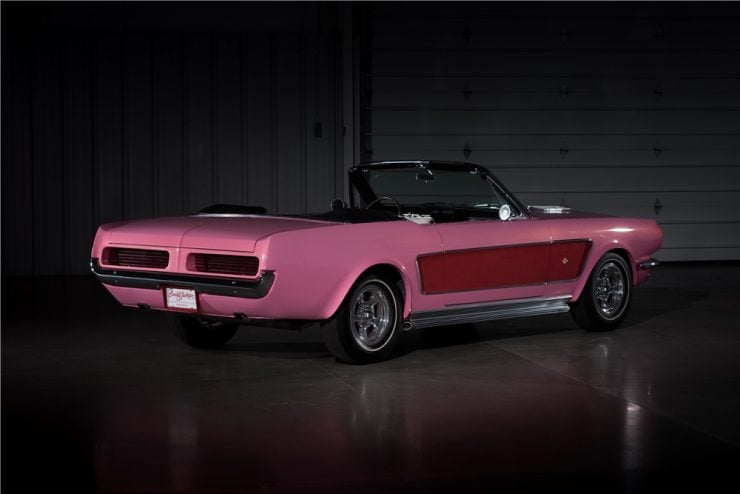 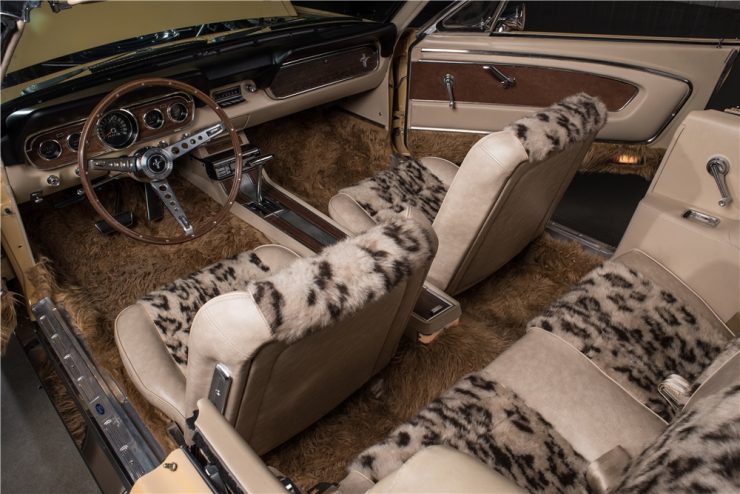 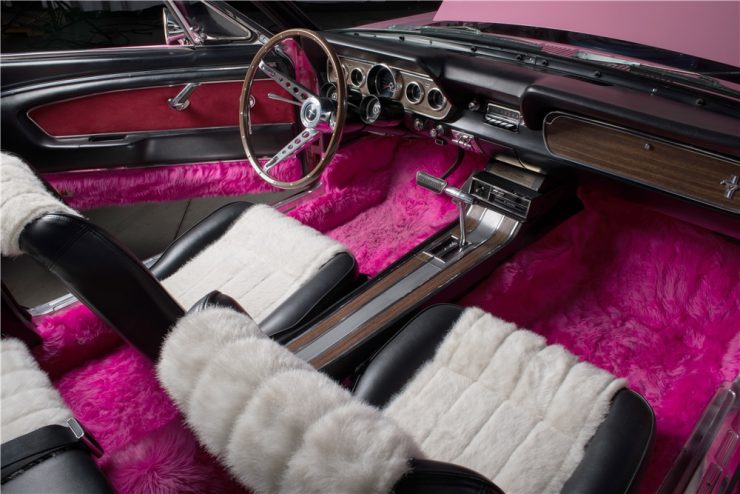 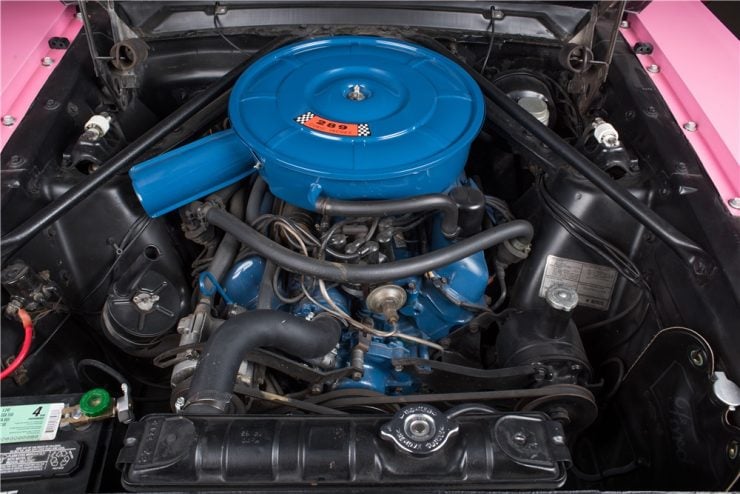 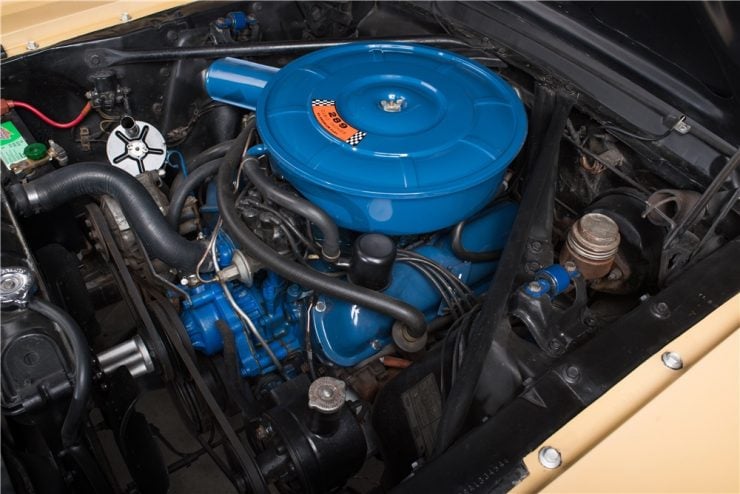