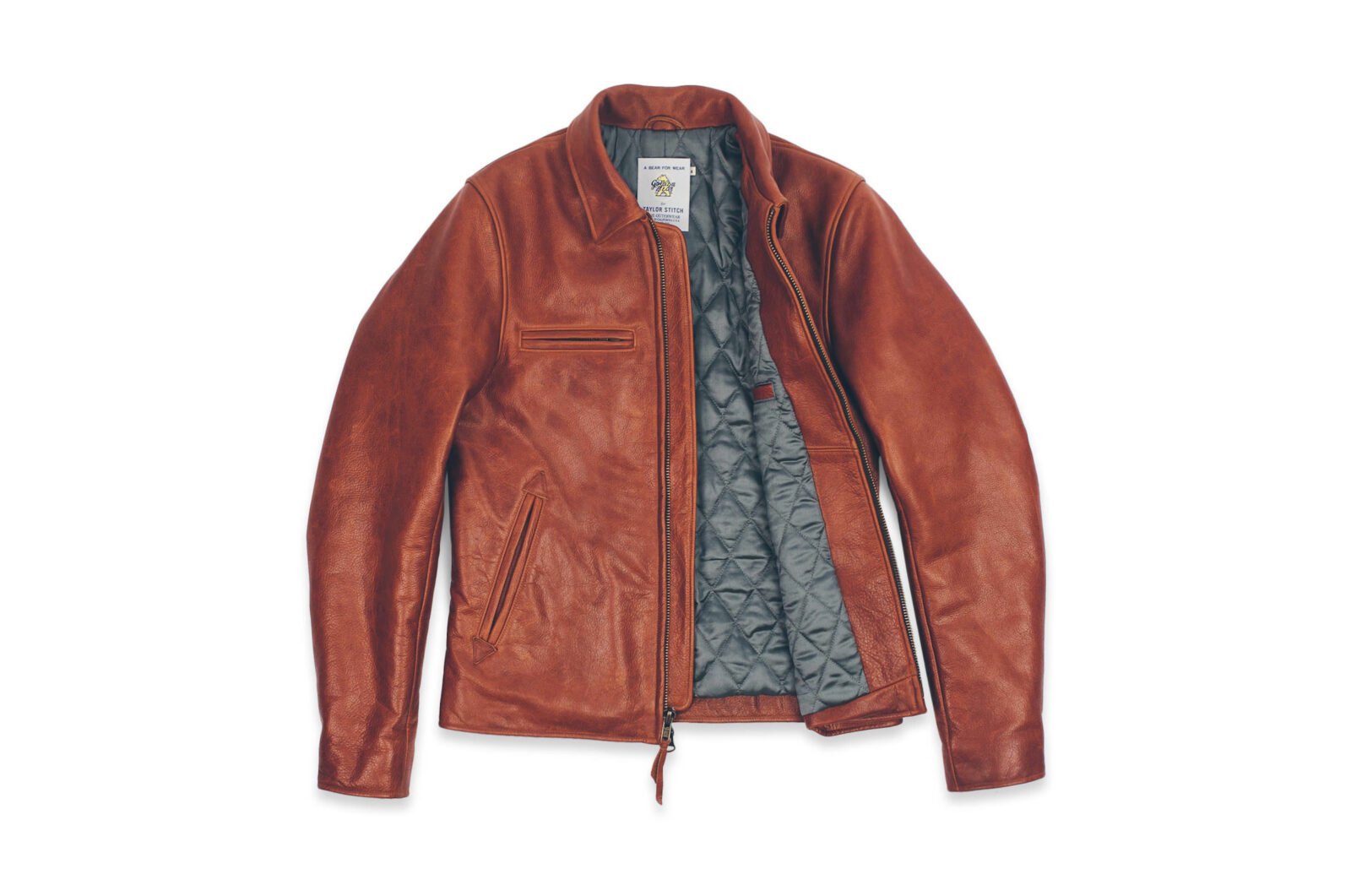 The Whiskey Steerhide Moto Jacket is a 40+ year old design by Golden Bear, not only is it made to the original specifications, but they use the same same hide house to ensure complete authenticity. Each jacket is handmade in San Francisco by the world-renowned team at Golden Bear using chrome-tanned, drum-dyed 3.5-oz. full-grain steerhide, with YKK two-way antique brass zippers throughout and a bi-swing shoulder for greater range of movement for motorcyclists.

Inside you’ll find grey insulated diamond quilting and the pockets are lined with 100% cotton flannel to keep your hands warm on cold winter mornings. The 3″ collar has hidden brass stay snaps to stop it flapping on the highway, there are also two double welted zippered chest pockets, two reinforced double welted side entry pockets, and a leather trimmed interior chest welt pocket.

Taylor Stitch have worked closely with Golden Bear to bring the Whiskey Steerhide Moto Jacket back for a limited time, and they’re using crowd funding to make it possible. Unsurprisingly the project is already 70% funded with 29 days remaining. During the crowd funding stage jackets can be ordered for $200 USD under their eventual MSRP – making it an excellent deal for an heirloom quality jacket that your son will steal out of your closet in a few years time. 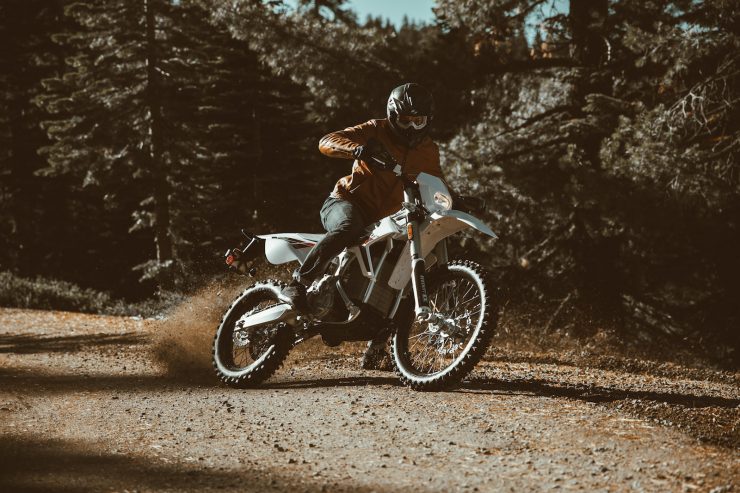 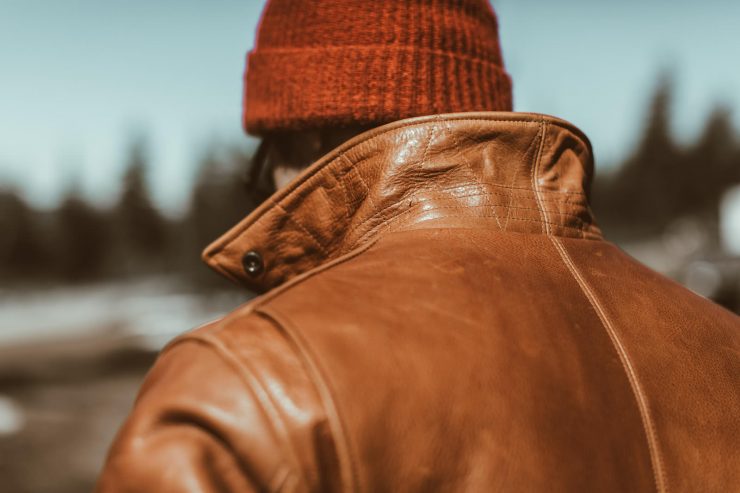 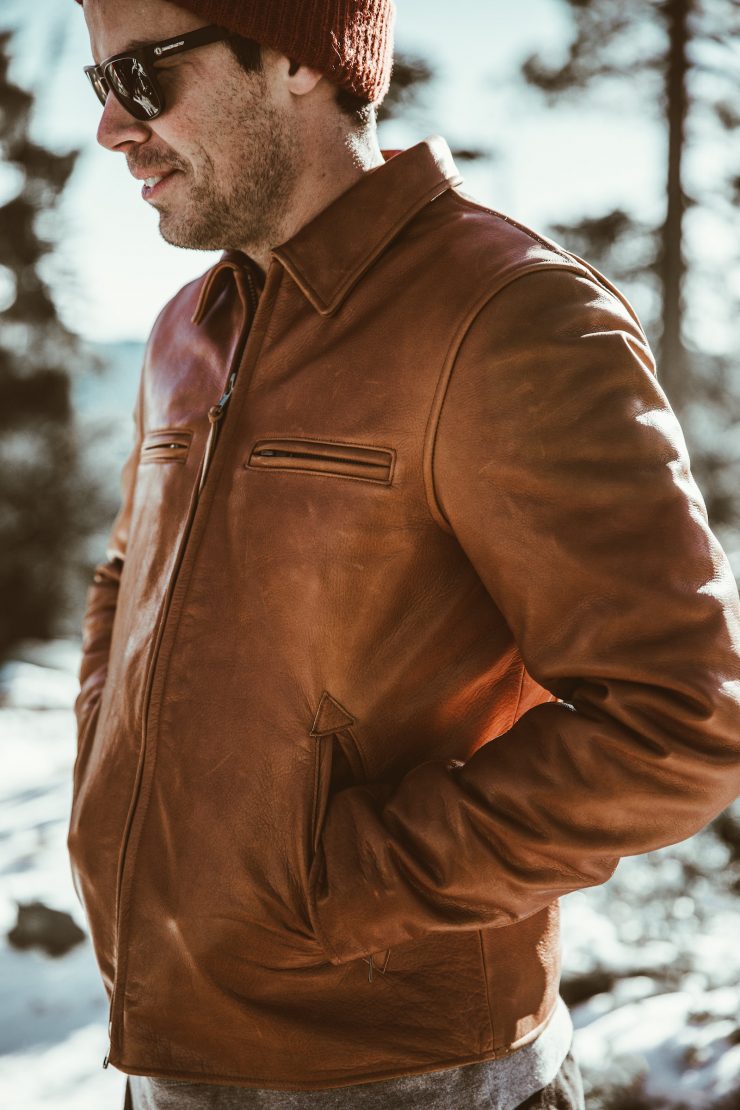 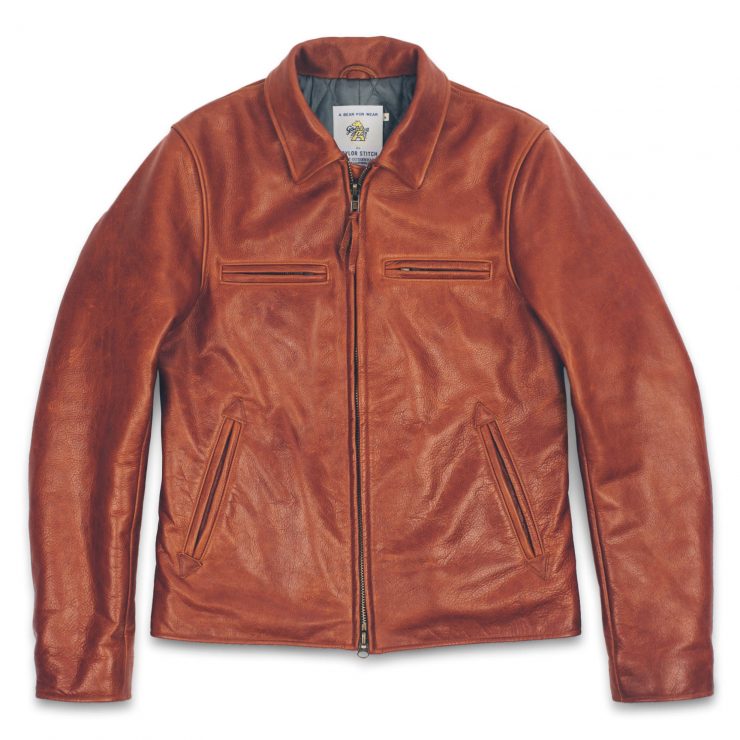 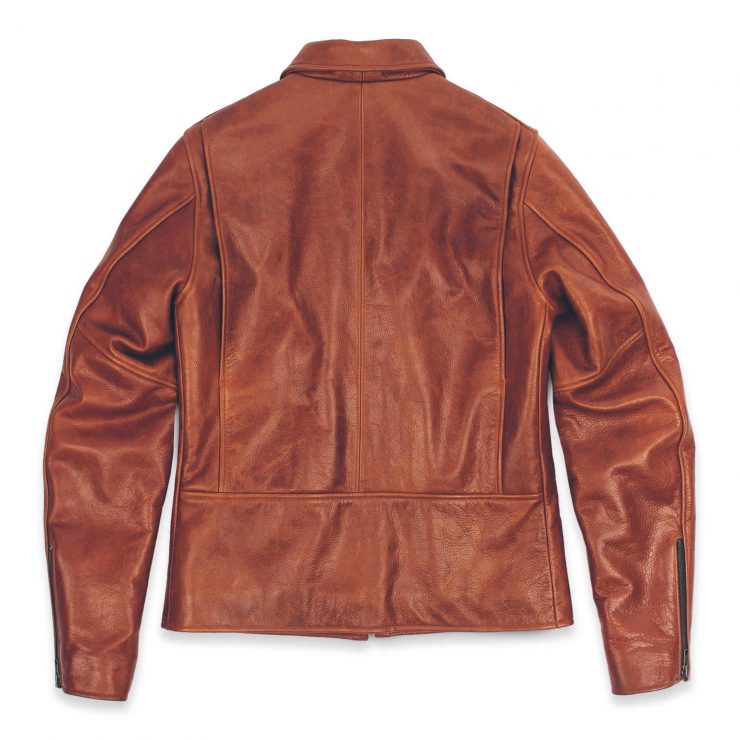 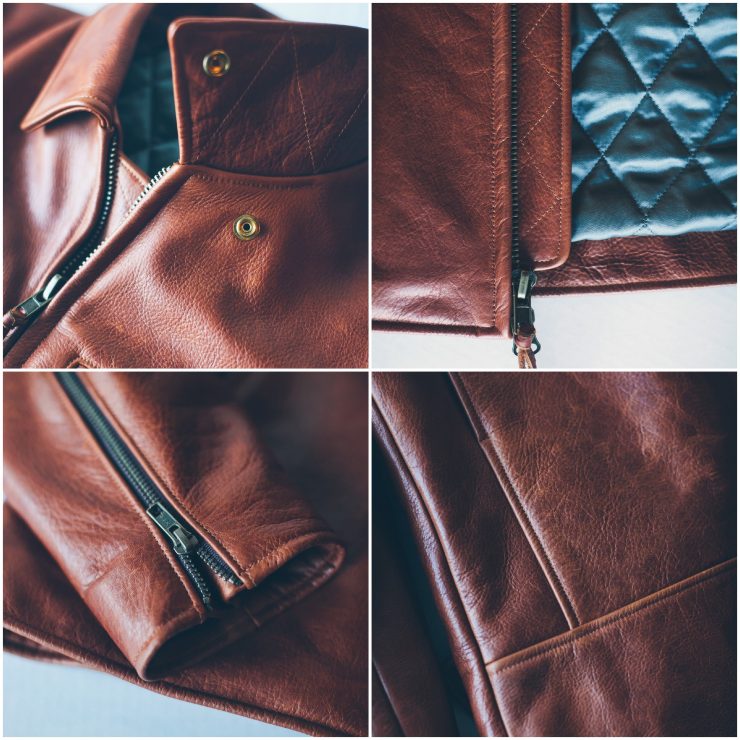