This is the new Tamiya Mercedes-Benz Unimog 406 Series U900, it’s a 1:10th scale version of the venerable German 4×4 with a functional 4×4 drivetrain and body-on-chassis design just like the original.

The Unimog 406 was released in 1963 as the all-new replacement for the original post-WWII Unimog – the 401. Amazingly the 406 would stay in production from 1963 until 1989, a 26 year production run that included 11 different major model variants.

The 406 was a considerable upgrade over its forebear, it had a longer wheelbase and over twice the engine power, with more carrying capacity and better manners on the road. Over the course of its production run over 37,000 examples of the Unimog 406 were built, and today it’s the one many of us picture in our minds when the subject of the Unimog comes up. 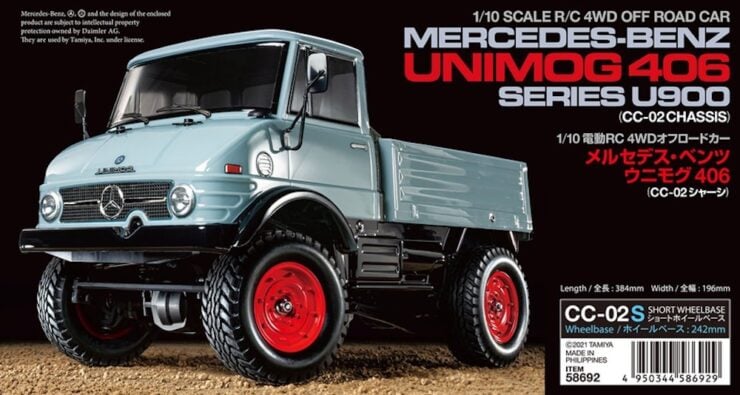 The Tamiya Unimog 406 measures in at 384mm long, by 196mm wide, by 224mm high. It comes with the four-wheel drive Tamiya CC-02 chassis fitted with red wheels and black block pattern tires.

The polycarbonate body needs painting when it arrives, so you can obviously choose any color you like, and it comes with separate kits for the rear vision mirrors, and a metal-plated front grille and emblem.

As with all the Tamiya kits like this there will be a few items needed to complete the model, in this case you’ll need to also order a two-channel radio controller, a steering servo, and a 7.2 to 7.4 volt Tamiya battery pack.

These items aren’t included as many hobbyists already have plenty of them and they don’t want to buy new ones with each new model. 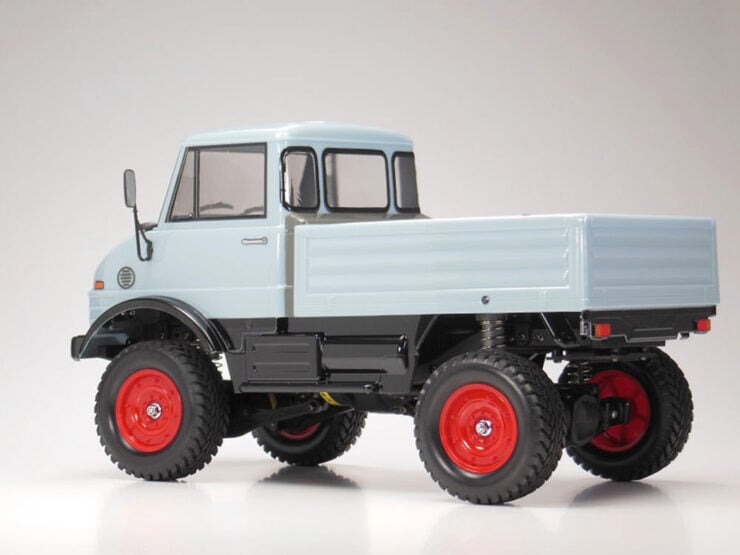 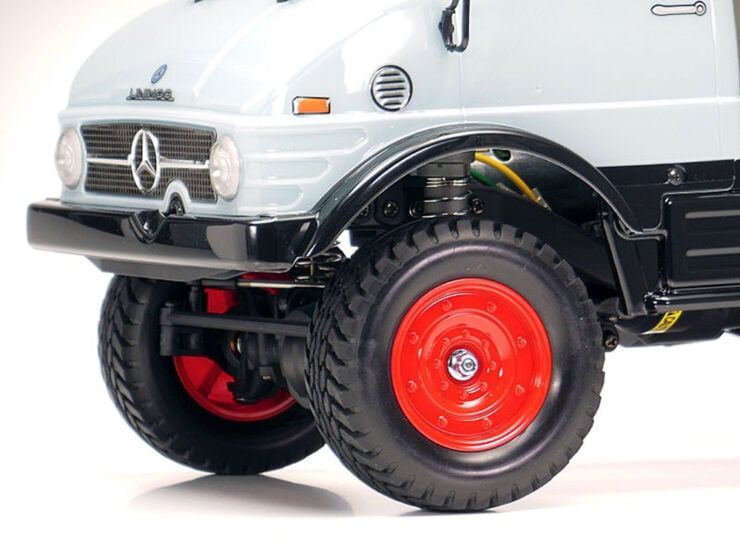 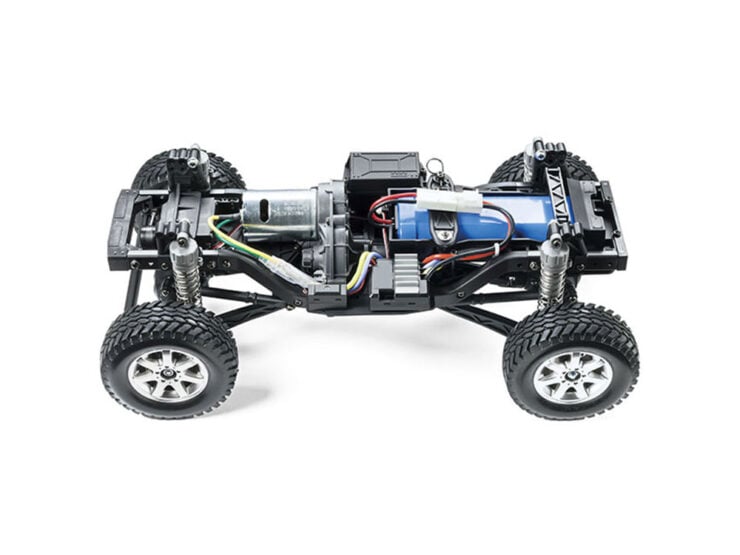