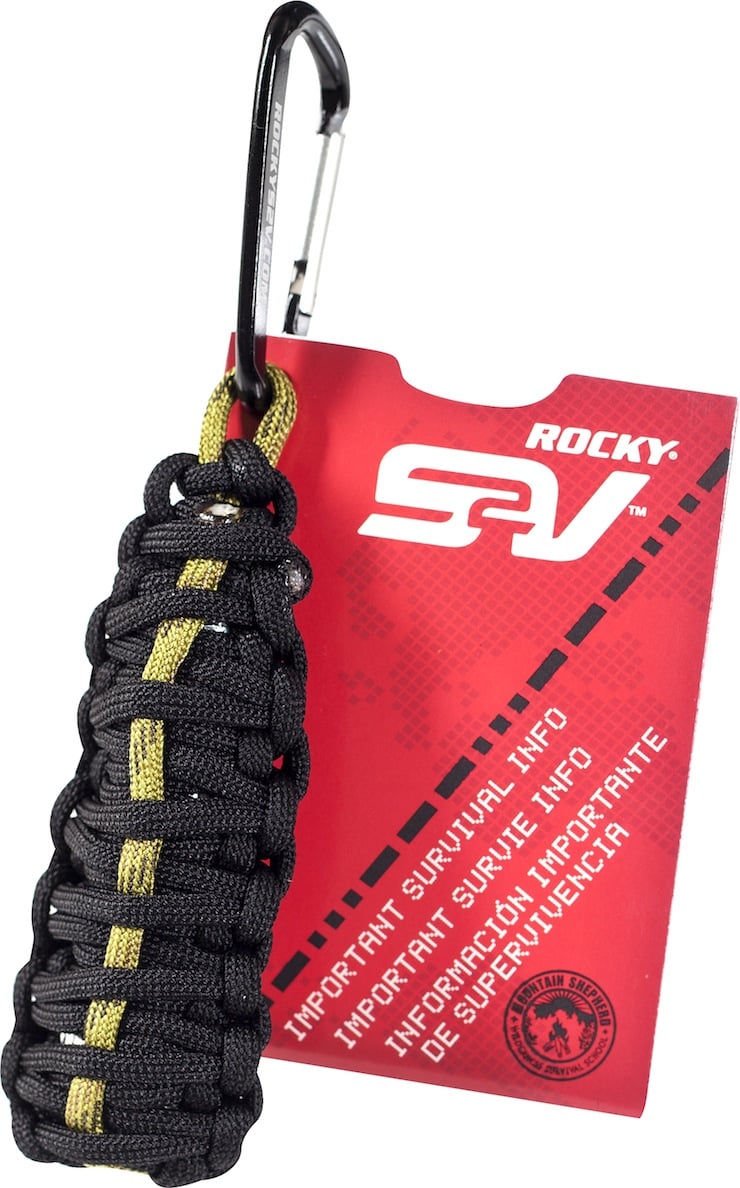 The Survival Grenade by Rocky S2V is designed to be the sort of thing you clip onto your backpack and then forget about – until you need it. The kit includes a 10′ length of military grade 550 paracord, a firestarter and tinder, a knife blade, 2 fishing hooks (with swivels and weights), wire and tinfoil. It’s exactly the sort of thing you’d want handy when the shit hits the fan and for less than $20, you can’t go wrong. 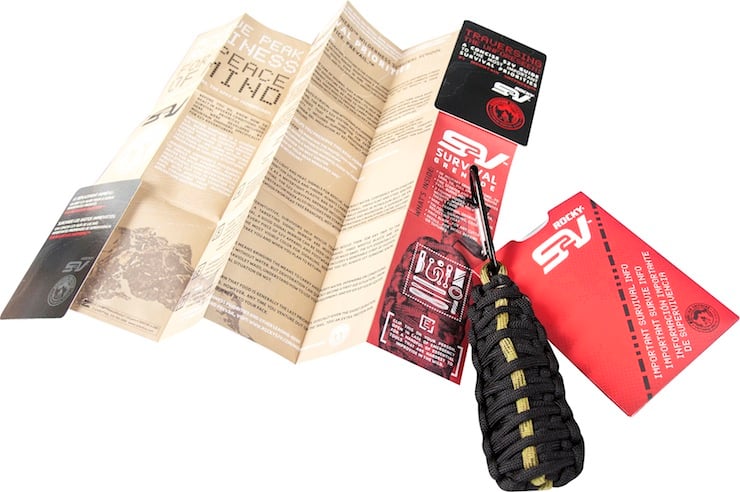