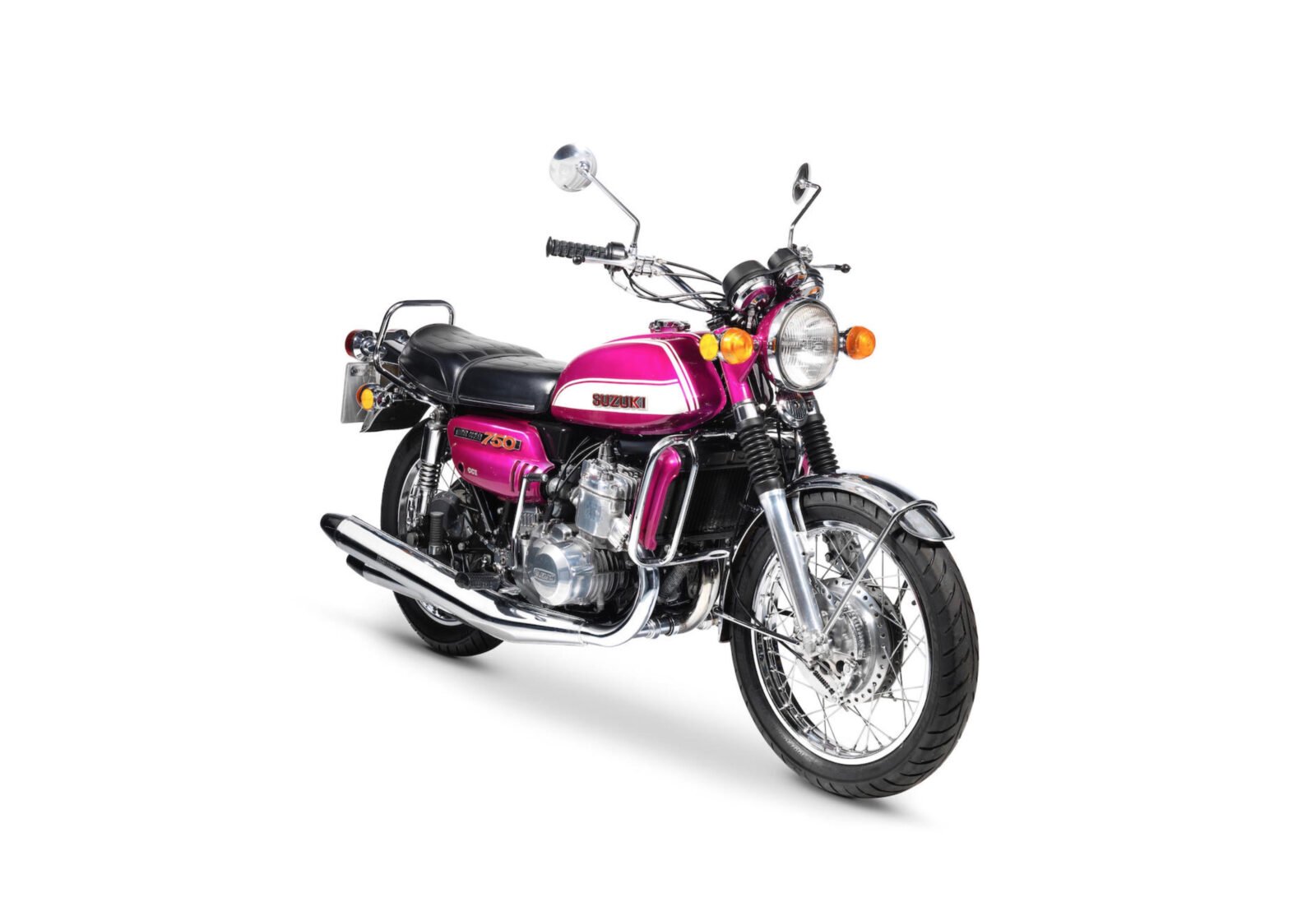 The Suzuki GT750 was released in 1971 as a competitor for the Honda CB750. Much to Suzuki’s credit they didn’t jump on the bandwagon of the air-cooled, inline-4 CB750, and went off in their own direction, creating a liquid-cooled, inline-3 cylinder 2-stroke.

The 1970s were a time of significant experimentation with motorcycle engines, manufacturers were building 4-strokes, 2-strokes, and Wankel rotaries. It wasn’t clear at the time which engine technology would win out and become the de facto – as each had its merits and drawbacks.

Suzuki developed the GT750, known as the Le Mans in the USA and Canada, by adding a cylinder to the parallel twin two-stroke Suzuki T500, and water-cooling the resulting inline-3 cylinder engine. 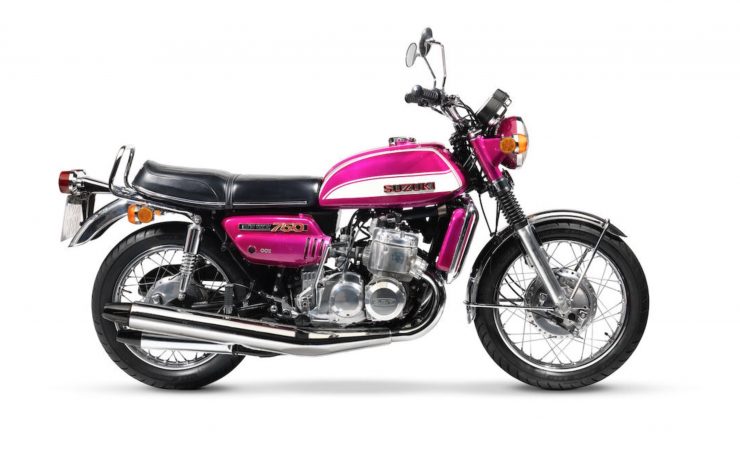 Period motorcycle reviews of the Suzuki GT750 Le Mans were a mixed bag, some loved it and preferred it to the CB750, and some weren’t particularly fond of it, or its habit of blowing blue smoke.

At full chat the engine is capable of 70 hp (at 6500 rpm) and anywhere from 30 to 40 miles per gallon. The kerb weight was a rather hefty-for-the-time 482 lbs, though much of the additional weight was due to the water jacket, the liquid itself, and the radiator.

What most agreed on is that it’s an excellent touring motorcycle, capable of a top speed of 110 mph, and ergonomically designed so that riders can spend many hours in the saddle with little fatigue. Suzuki sold over 70,000 of them over their production run, and the surviving examples are now in much demand with collectors who love the bike for its uniqueness and excellent road manners.

The example you see here is a 1972 model with the front drum brake – a highly collectible feature now as the vast majority of GT750s came with twin front discs. The motorcycle is in excellent condition throughout, finished in hot pink which would have been hugely desirable when it was released – right at the beginning of the decade of disco.

With an estimated value of between £8,000 to £12,000, the GT750 represents an unusual and affordable buy for most vintage motorcycle enthusiasts – and it’s a bike with an undeniable cool-factor unmatched by most of its contemporaries.

If you’d like to read more about this bike or register to bid you can click here to visit the listing on Bonhams, it’s due to be sold at the Spring Stafford Sale on the 22nd of April. 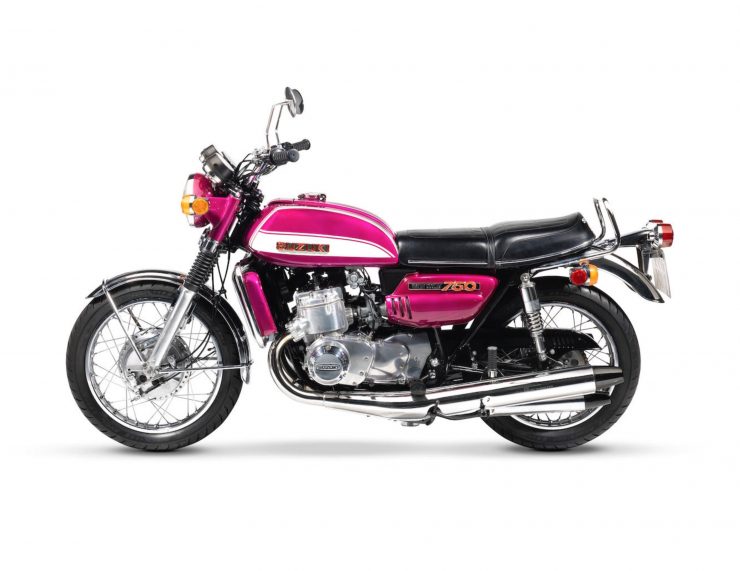 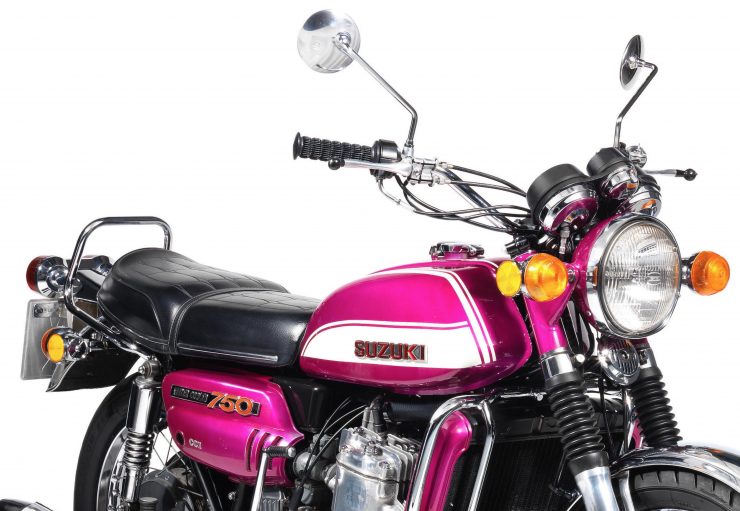 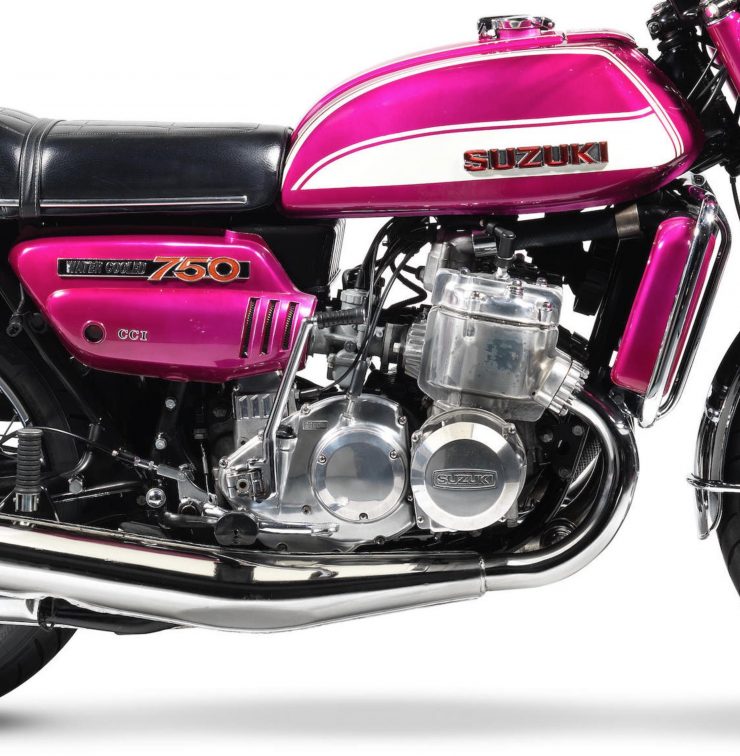 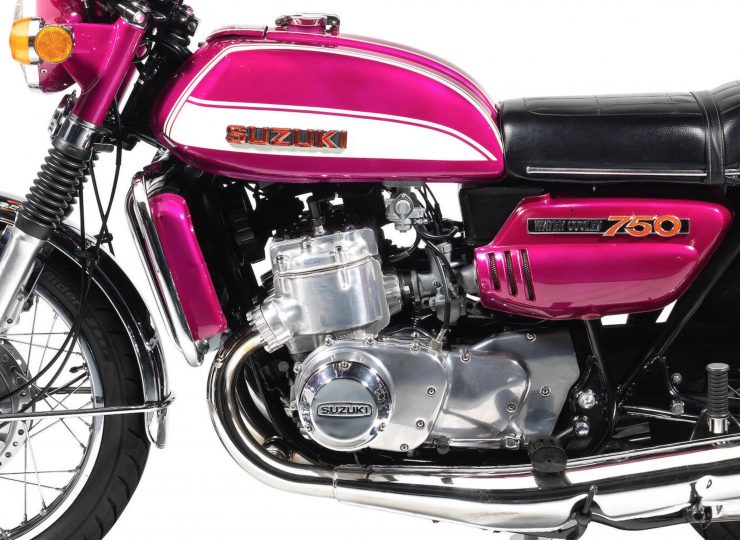 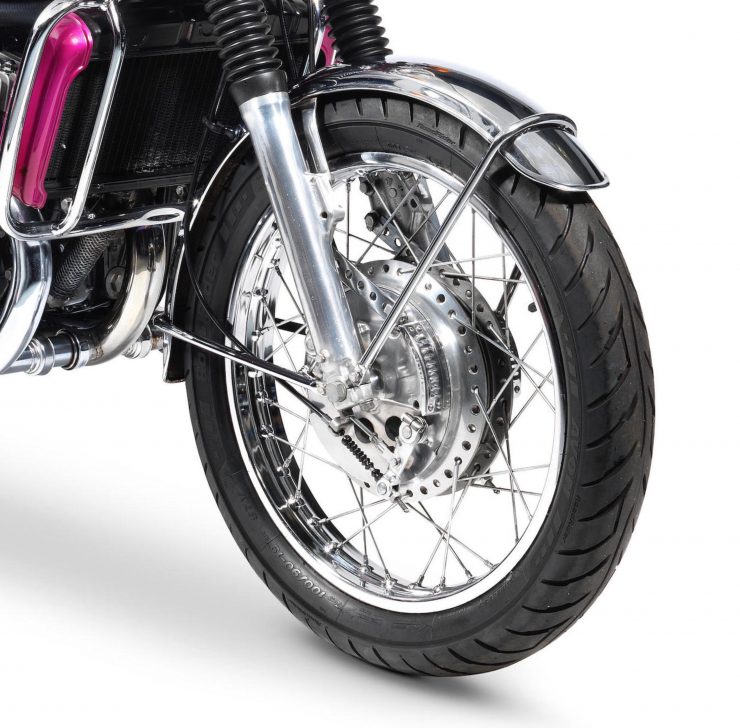 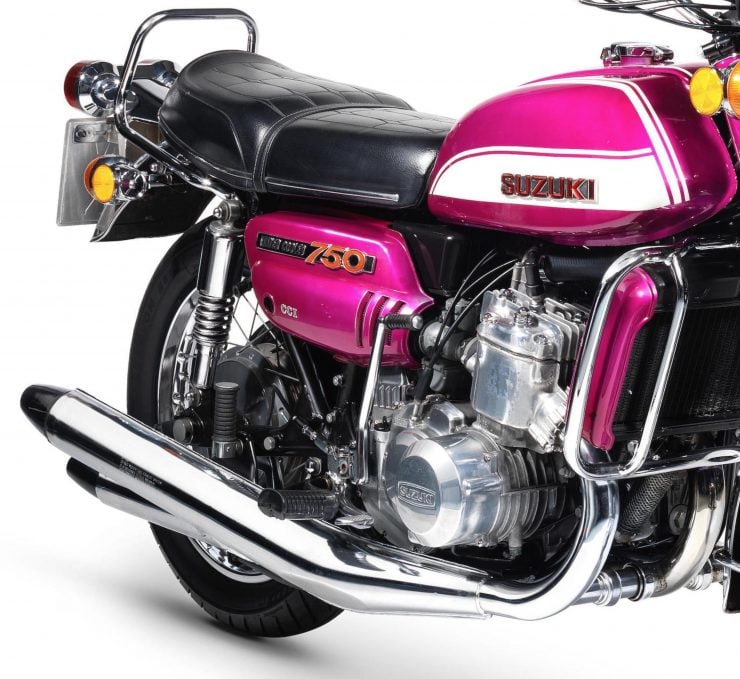 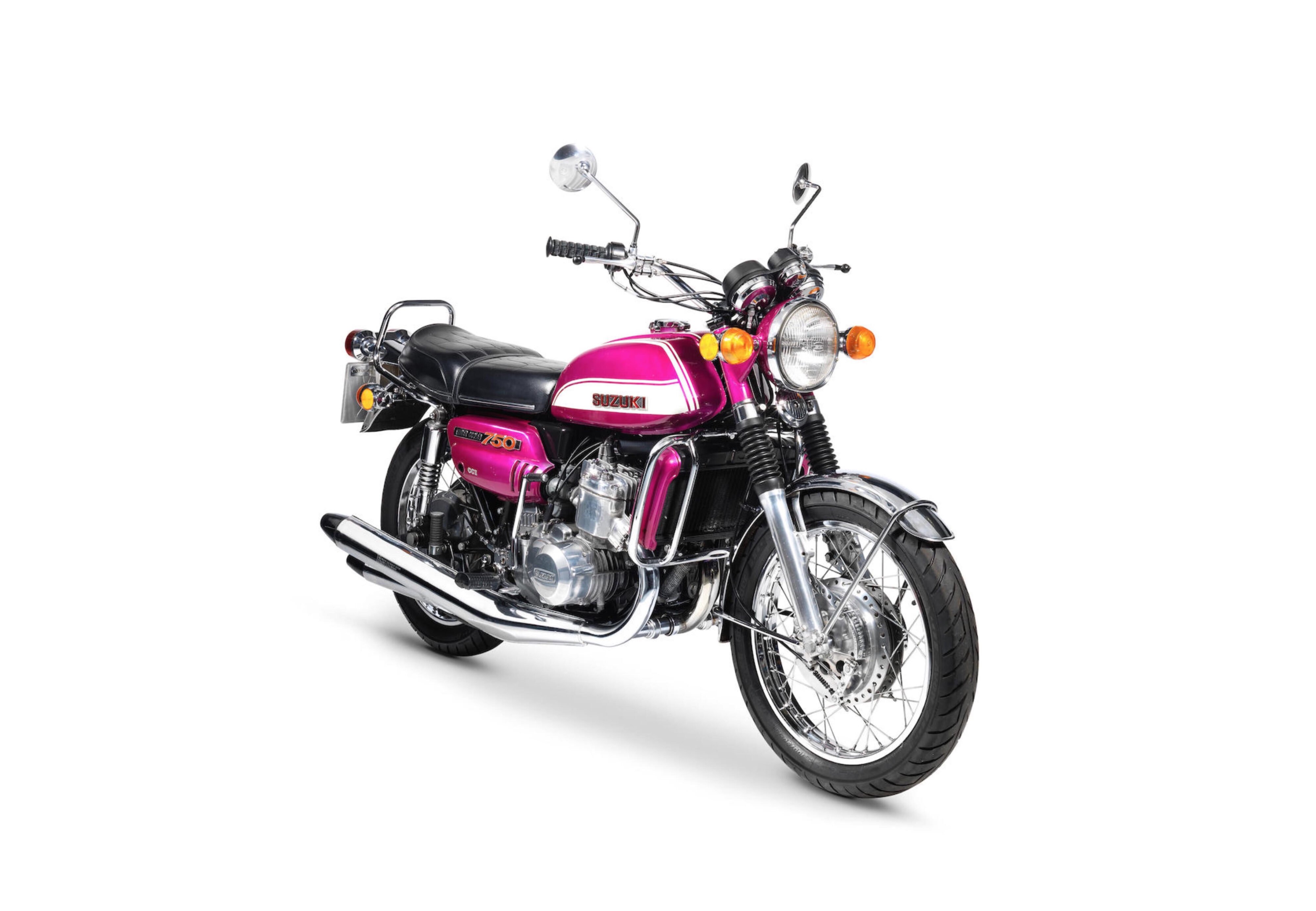