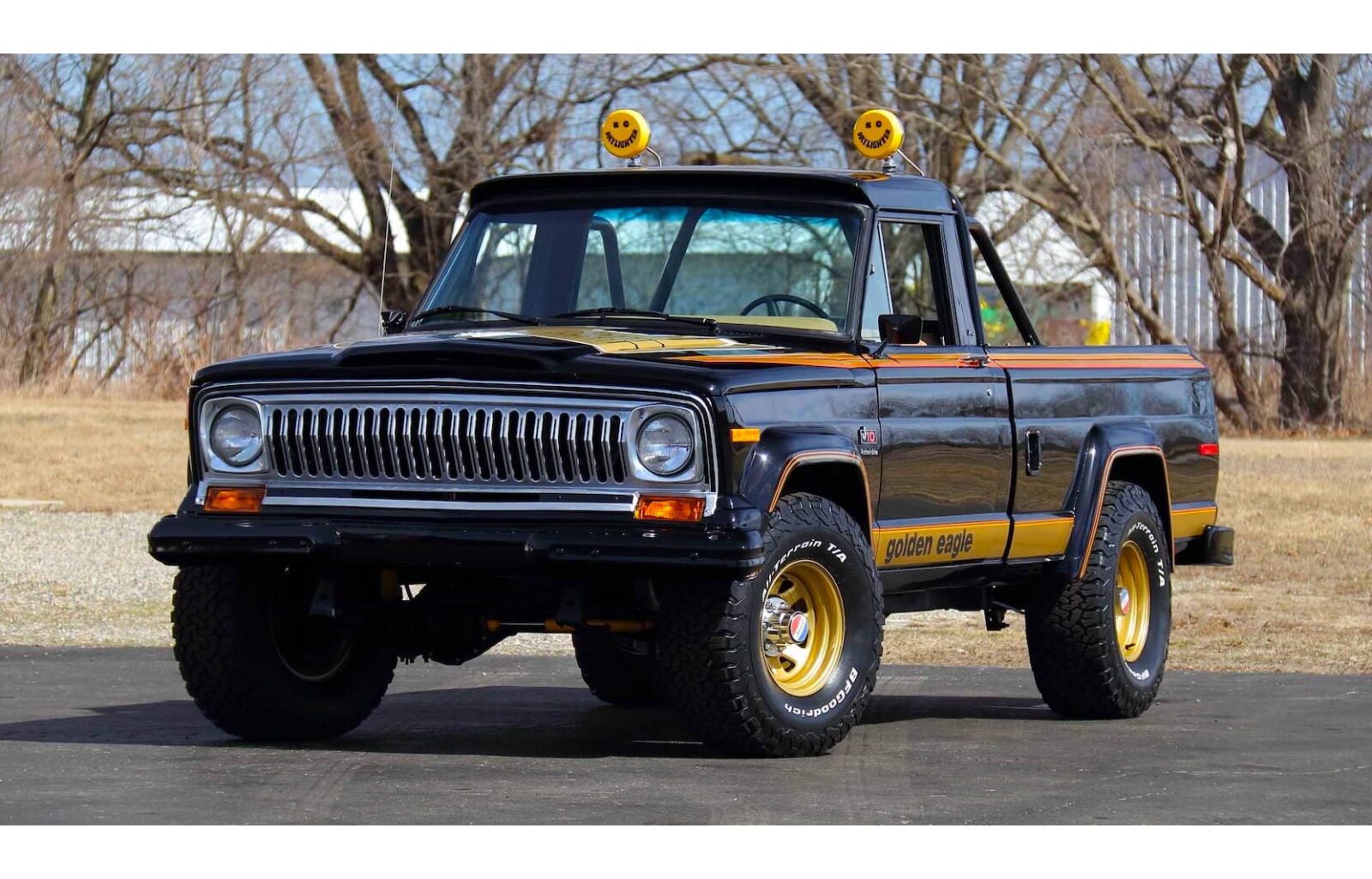 Every now and then a vehicle pops up for sale that gets me to wondering how much money I could pull together if I emptied the couch cushions and that little box in the console armrest in the car.

This Jeep J10 Golden Eagle is one of those cars. I know it won’t appeal to all of you but those of you who grew up watching old American action movie reruns on boxy televisions with clicky dials and wood veneer on the sides will all love this thing just as much as I do.

The “Golden Eagle” package was an optional upgrade for the Jeep J10 pickup truck, the other two upgrade packages on offer were the “Honco” and the “10-4” – all offered flashy graphics packages on the body and the 10-4 took advantage of the trucker craze sweeping America at the time offering a CB radio as well.

For the uninitiated, the Jeep J10 was a member of the Gladiator, Jeep Pickup, or J-series four-wheel drive vehicle line developed to share the same chassis/platform as the popular Wagoneer (Jeep SJ). In fact, the J10 also shared the bodywork of the Wagoneer from the cab forward. 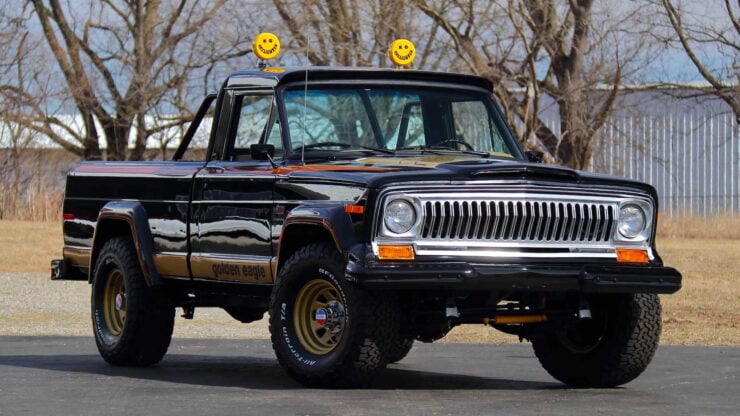 Above Image: The J10 is a 4×4 pickup truck that shares its platform with the Jeep Wagoneer.

The first vehicles in this series were the Gladiators, possibly named such as they were used both by civilians and the United States military. In 1971 the name changed to the more simple “Jeep Pickup” but they’re frequently referred to by their individual model designations – J10 and J20 (earlier known as the J2000 and J4000).

Although they do look somewhat similar, the key difference between the J10 and the J20 is size. The J20 typically has a longer cargo area in the back with a higher weight rating, whereas the J10 was a little shorter with a lower maximum payload. The J10 was produced in considerably higher numbers, and as a result you’ll find more of them for sale.

The Gladiator/J-series family would stay in production for a remarkable 26 years between 1962 and 1988. Much like their Wagoneer siblings they went through a long period of time of being considered undesirable by many, however this tide has been turning in recent years as more and more people in the classic vehicle community start to seek them out. 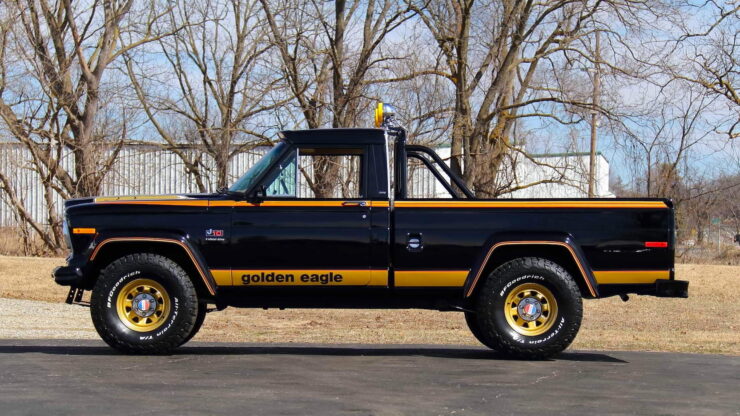 Above Image: This vehicle has the “Golden Eagle” package that includes the full golden decal package and gold steel wheels.

The vehicle you see here is a 1978 Jeep J10 Golden Eagle J10 Pickup, it’s one of the nicest examples we’ve seen pop up for sale recently, made all the more appealing by the placement of those period-correct KC spotlights on the factory roll bar above the cab.

As a Golden Eagle version of the J10 this Jeep carries the characteristic golden decals down either side, matched with gold steel wheels on all four corners shod with BF Goodrich tires.

This example is powered by a 360 cu. in. V8 engine paired with an automatic transmission, as you would expect it’s four-wheel drive and it has both power steering and power brakes. The vehicle presents incredibly well inside and out, the listing doesn’t mention if it’s been restored however it certainly appears to have had some work done.

The interior looks almost new, with its bench seat that can accommodate three, it has a more modern AM/FM/CD stereo with Bluetooth connectivity, and the simple original two spoke steering wheel.

If you’d like to read more about this J10 or register to bid you can click here to visit the listing on Mecum. It’s due to roll across the auction block in mid-May and it’s being offered with no reserve. 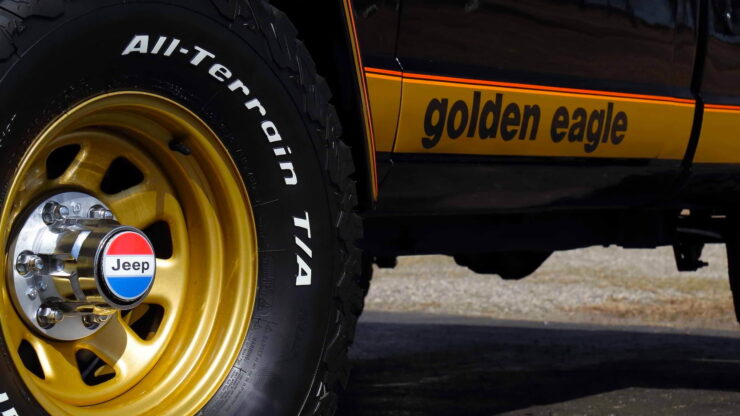 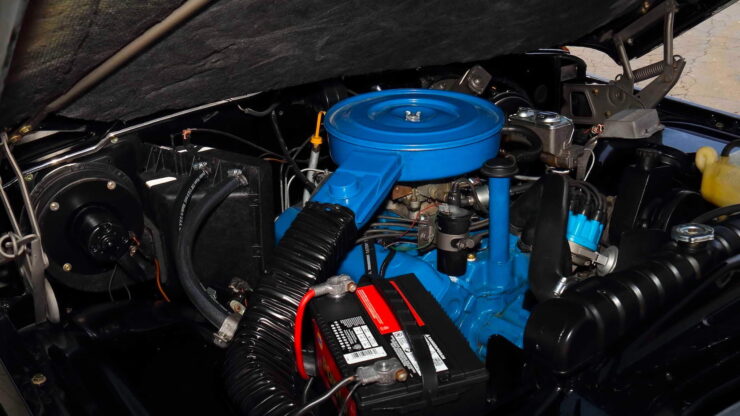 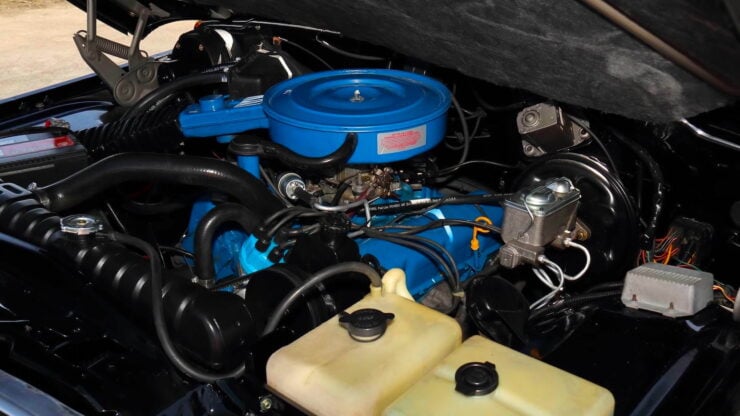 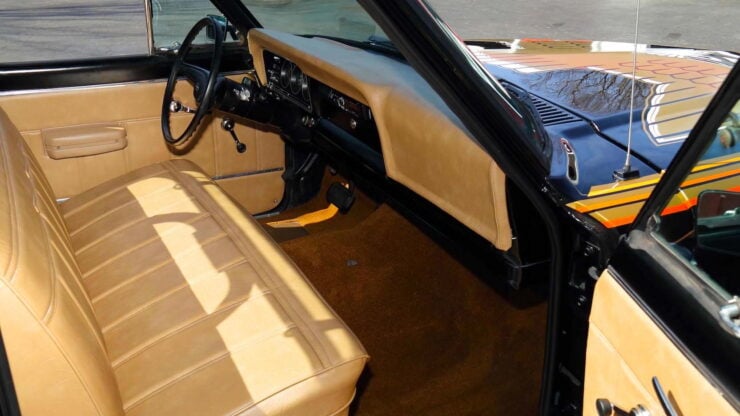 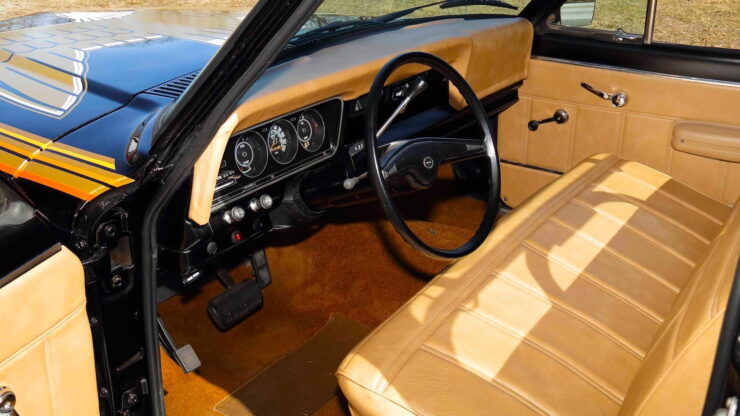 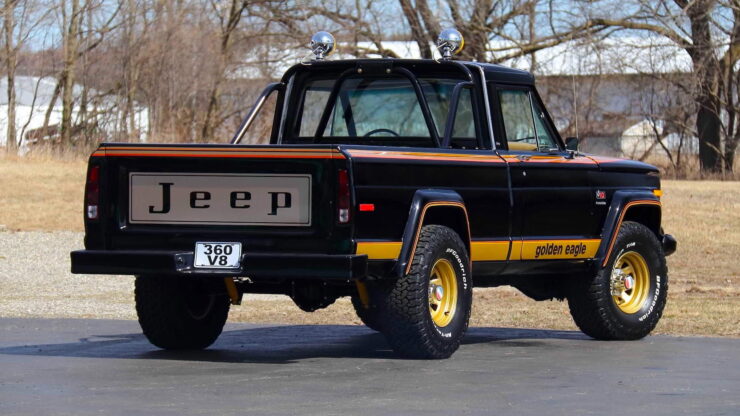 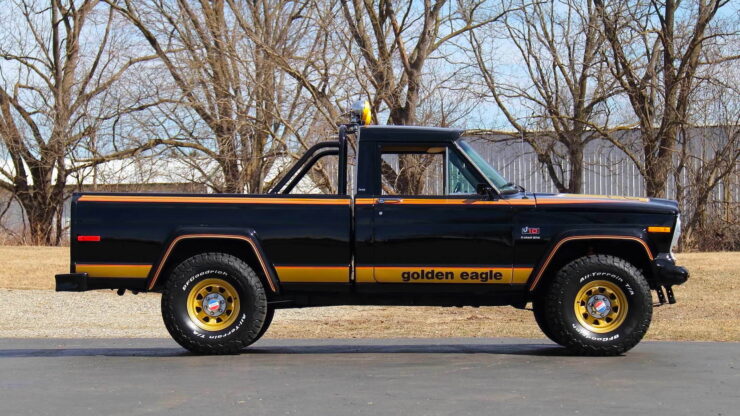 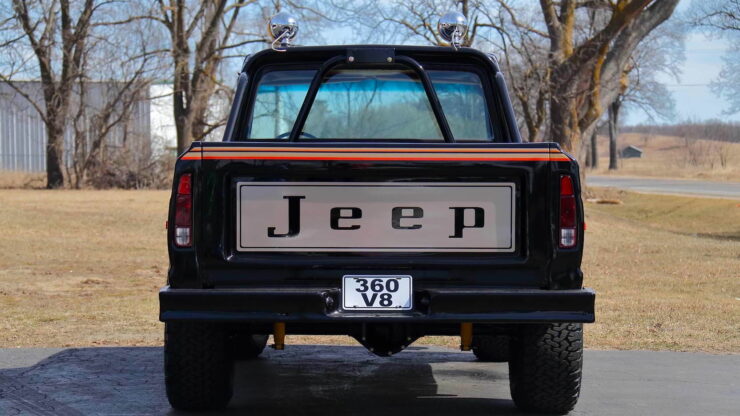 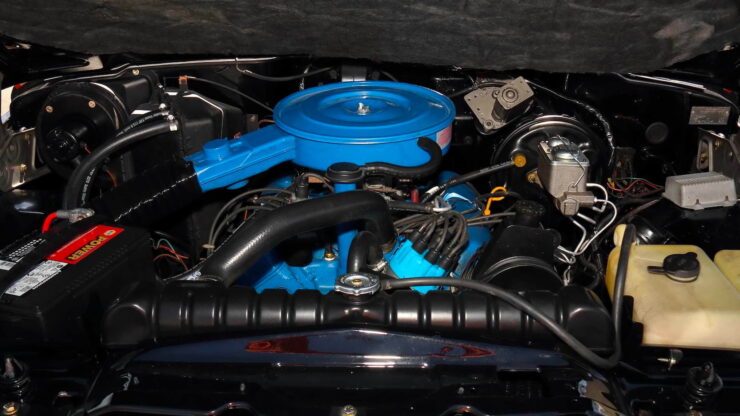 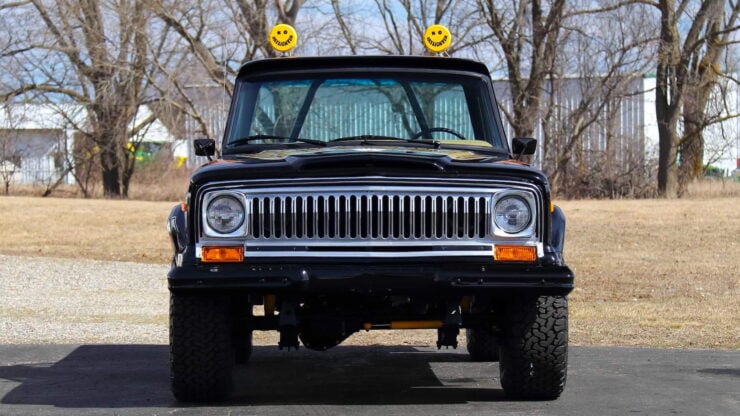 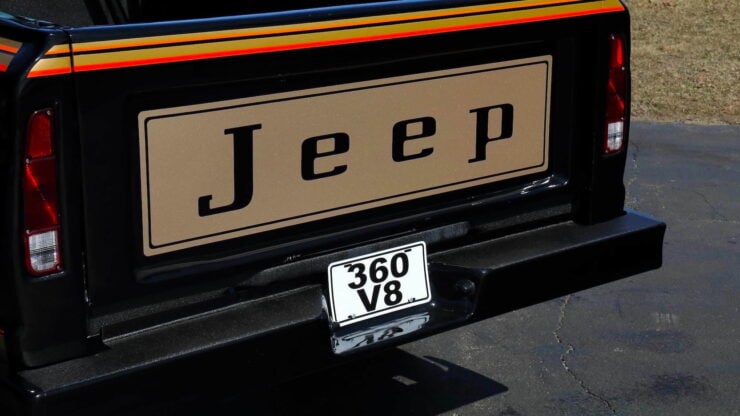 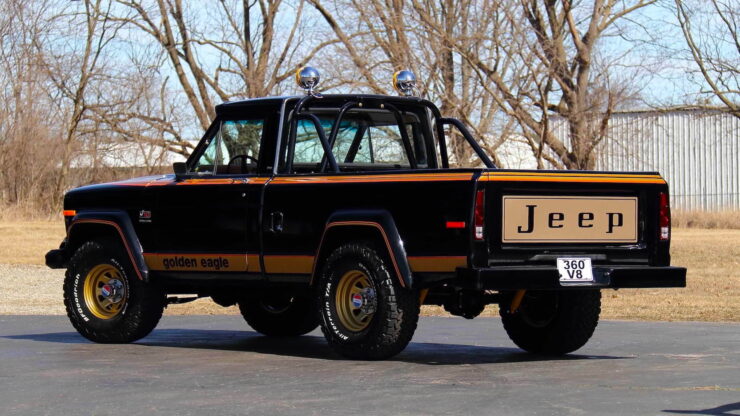 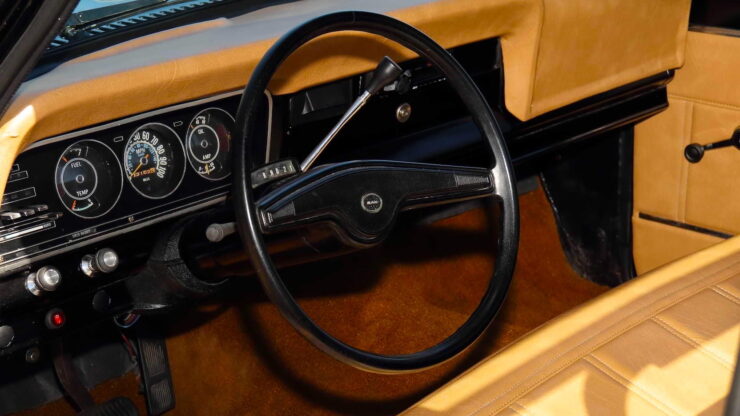 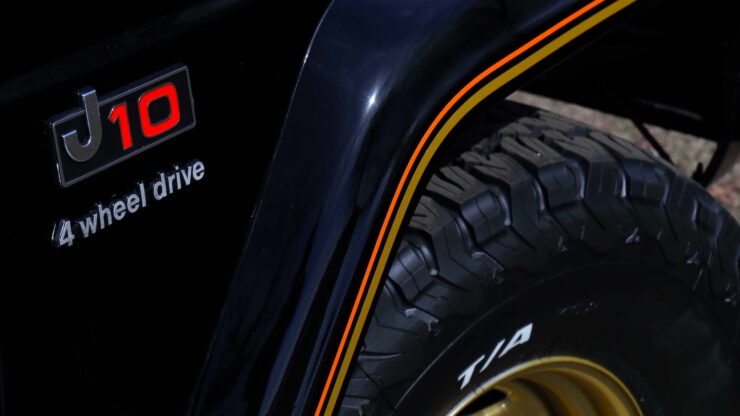 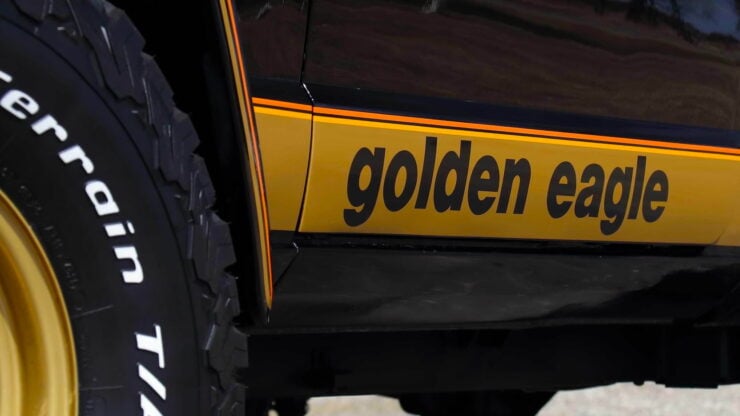 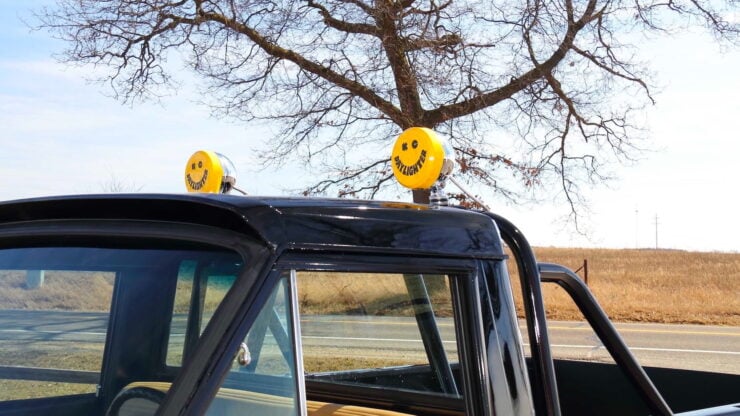 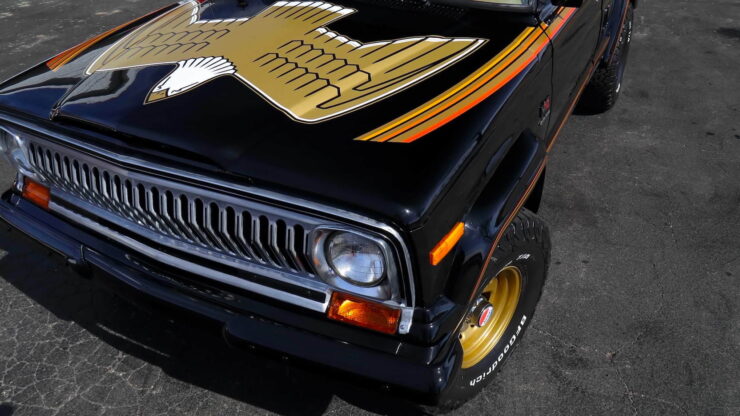 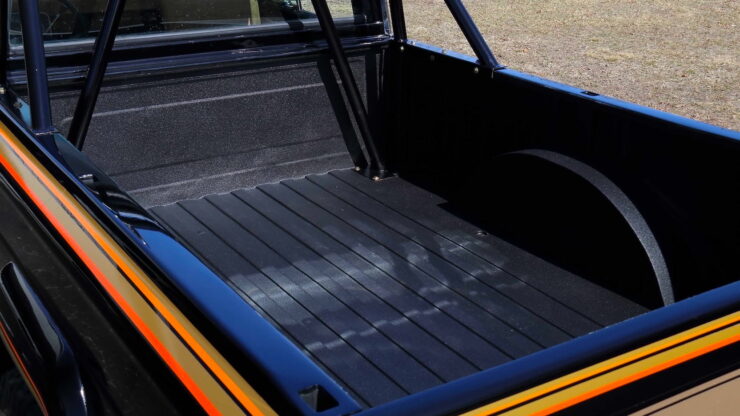 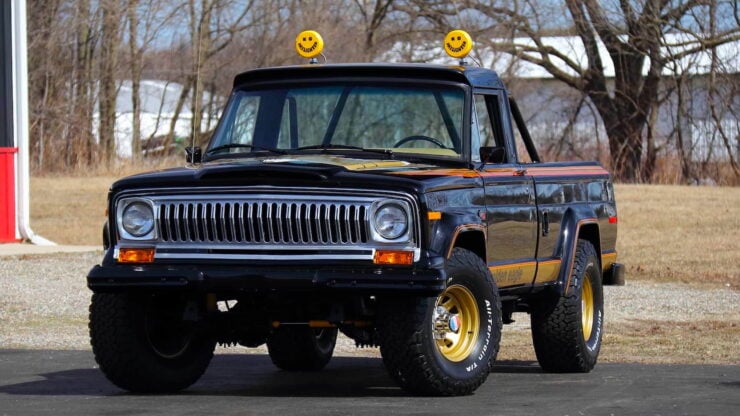 This 1981 Toyota DLX Pickup has been immaculately restored with careful attention to small details, like the correct silver and silver-gray sport stripes and even…

This is the DemerBox DB2, it’s the new version of the classic DemerBox that’s been around for years, though now it’s been updated after the…

The 1984 Mustang SVO would prove to be a historically significant car for Ford, rather than using a big American V8 as everyone had come…