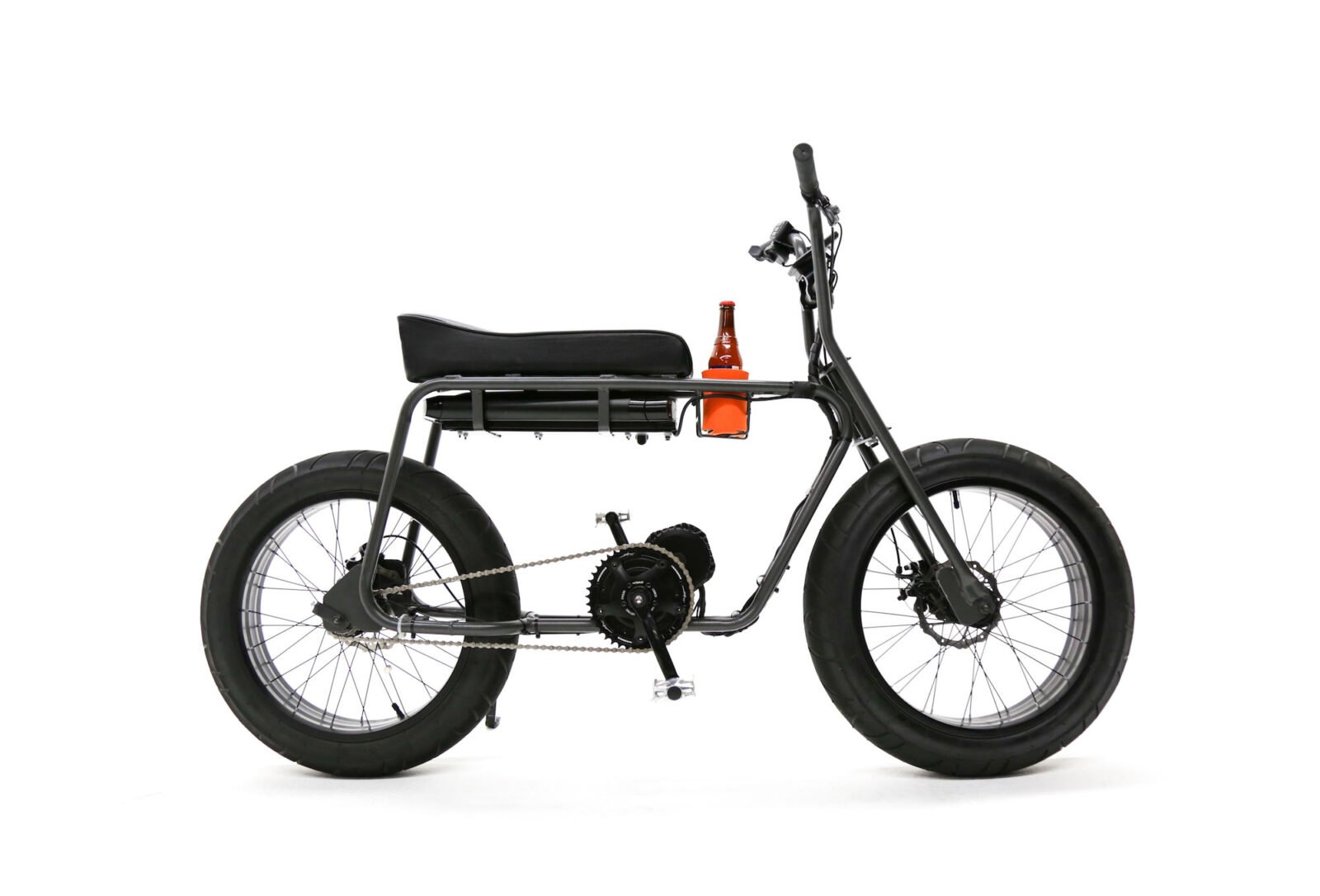 Electric vehicles have existed alongside steam and internal combustion engines as a way of moving people for well over 150 years, in fact the first electric car (built by Robert Davidson) predated the first gasoline car (built by Karl Benz) by 49 years.

With its 1000 Watt centrally located motor and 10 aH lithium ion battery pack the Super 73 has a top speed between 25 mph to 30 mph and a range of 20+ miles (without pedal assist, more with).

The designers have also fitted a USB port to charge electronic devices on the go, a bottle opener, a cup holder (for those using it to commute to work), a back-lit LCD that can display speed, distance and time, a lockable, removable battery, large 4.25 inch wide tires, and a large padded seat that’s significantly more comfortable than most bicycle seats.

The Super 73 is currently on Kickstarter, it’s already surpassed its original funding goal with $180,908 pledged after asking for just $25,000. There are still a few places left allowing funders to get a $1100+ discount over the eventual retail price, and the bikes will each be built in California. 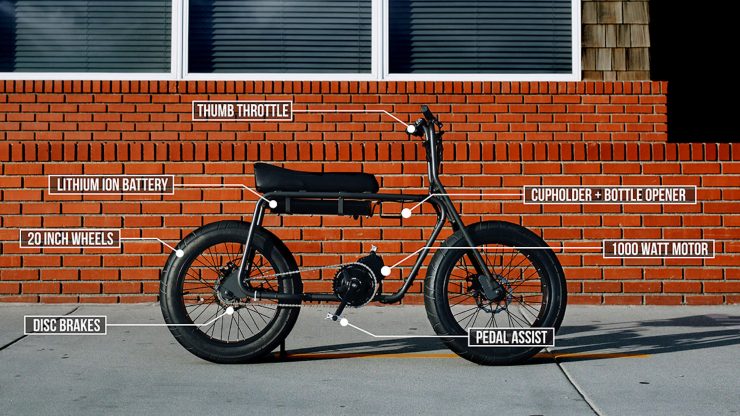 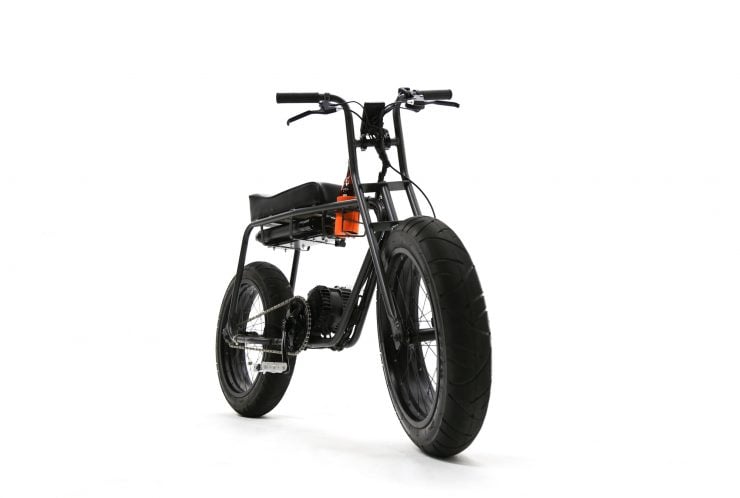 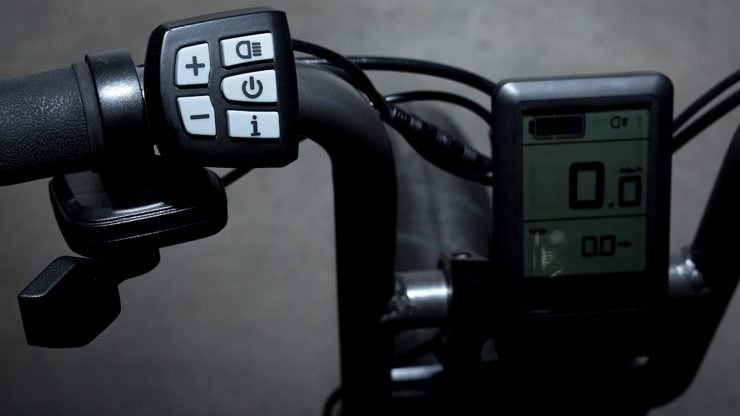 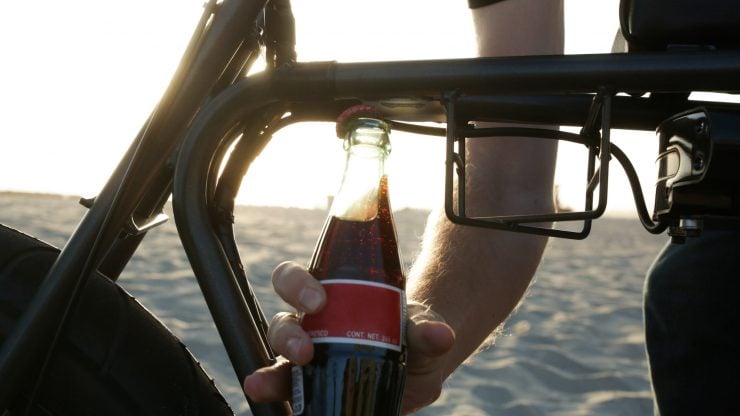 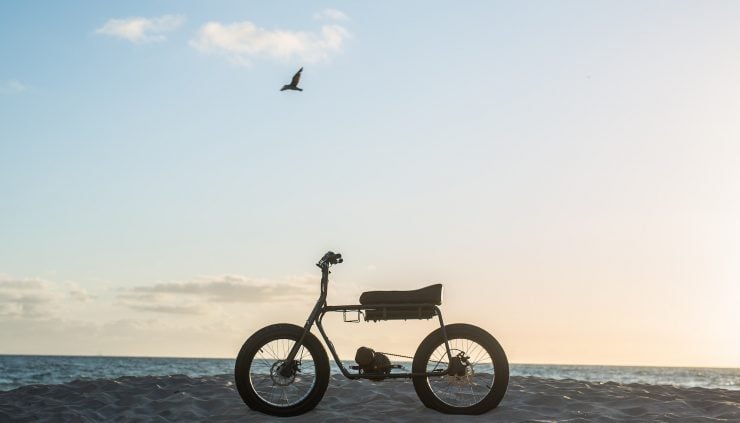 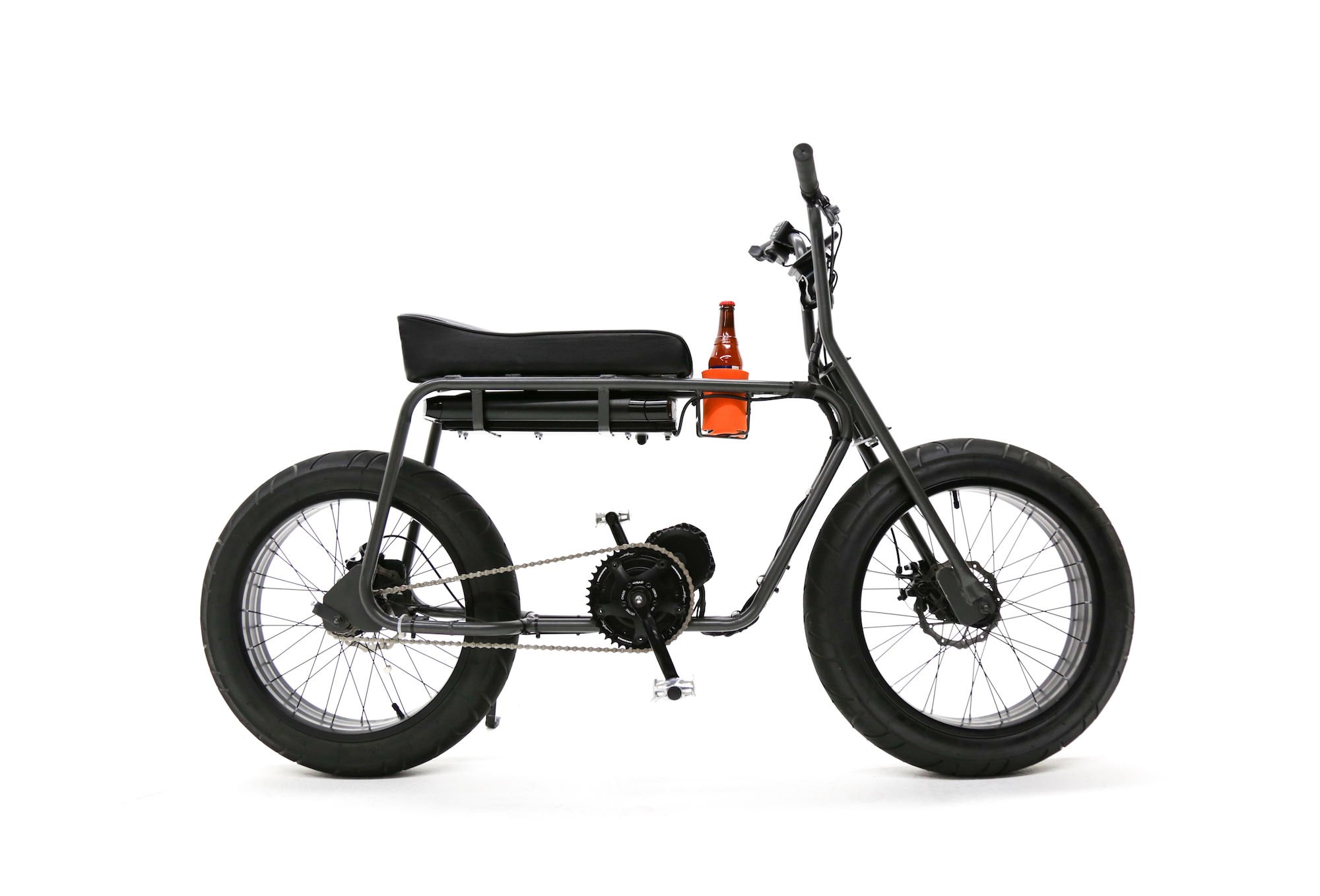