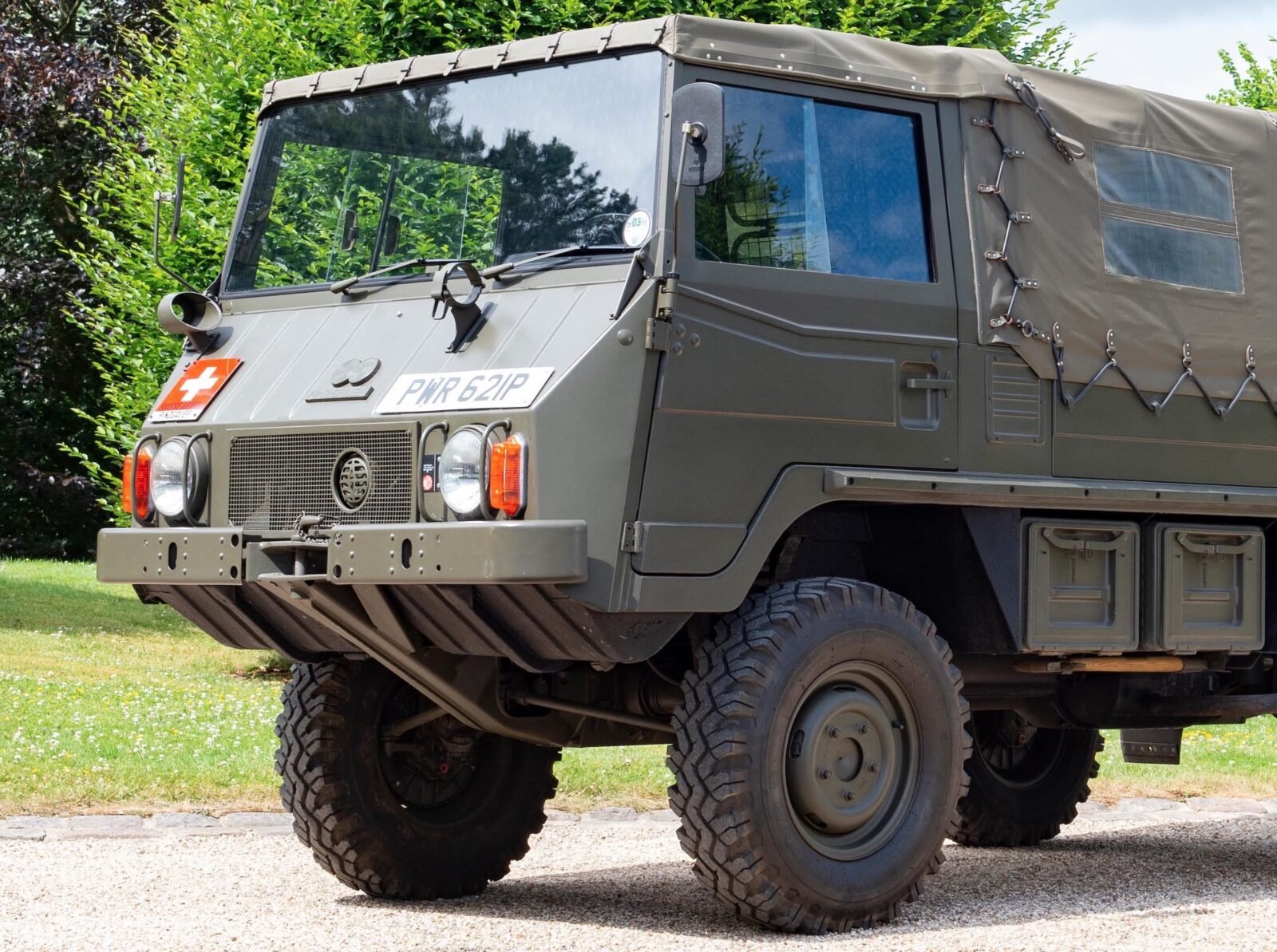 The Steyr-Daimler-Puch Pinzgauer is renowned as one of the toughest and most capable off-road vehicles of its time, particularly among the military service members who used them extensively on deployment.

Engineers at Steyr-Daimler-Puch developed the Pinzgauer in the late 1960s as the off-road military transport solution for the future. They left almost no stone unturned and incorporated a series of advanced (for the time) features like all independent suspension, portal axles, a 5-speed transmission with a 2-speed transfer case, twin oil pumps, a transaxle for optimal weight distribution, and sealed differentials requiring very little additional lubrication or maintenance.

The first Pinzgauers were delivered to customers in 1971, almost all of whom were militaries including the armed forces of the United Kingdom, Switzerland, Austria, the United States, Malaysia, New Zealand, Argentina, Bolivia, Cyprus, Lebanon, Lithuania, Macedonia, Montenegro, Saudi Arabia, Serbia, and Venezuela. 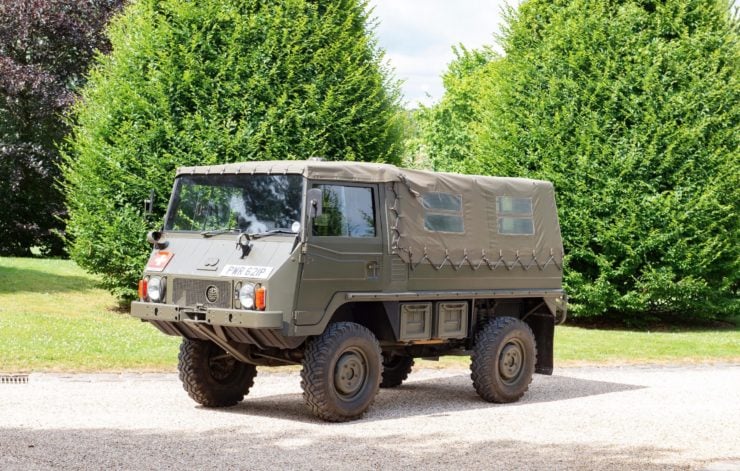 A new engine had been developed for the Series 1 Pinzgauer, it was designed to be as reliable, simple, and easy to fix as possible. The engineers settled on an air-cooled, 2.5 litre inline 4-cylinder Steyr-designed petrol (gasoline) engine with twin Zenith 36 mm NDIX carburettors and a relatively humble output of 87 bhp and 133 ft lbs of torque. Top speed was relatively limited at 110 km/h or 68 mph, with a realistic cruising speed a little below this, but the Pinzgauer was never meant for highway cruising.

Steyr-Daimler-Puch named the Pinzgauer for the Austrian breed of horse, now commonly known as the Noriker, which became famous for its ability cross varied terrain over the Alps from Austria to Italy. The name was well-chosen, and the new 4×4 and 6×6 variants of the Pinzgauer became best sellers, not only to militaries but also to adventurers, fire departments, forest management departments, and they were also used as farm trucks, ambulances, and rescue trucks. 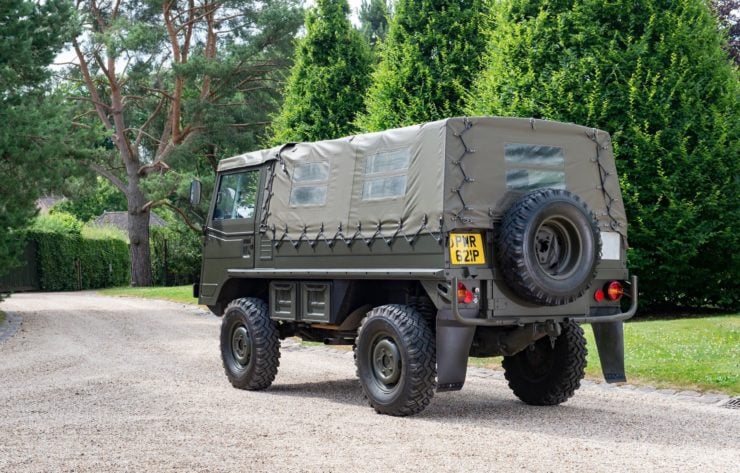 Over the first and second generation, the Pinzgauer remained in production from 1971 till 2007 and very nearly saw its life carry on beyond that. The rights and tooling were sold to a UK-based company in 2000 which was later acquired by BAE Systems plc who researched the opportunities to make the Pinzgauer better able to withstand IED and bomb attacks in places like Afghanistan. The project would eventually be scrapped, but the good news is that tens of thousands of Pinzgauers were built, so it’s possible to buy them for reasonable money and the spare parts availability is excellent.

The 1975 Steyr-Daimler-Puch Pinzgauer you see here is the 710M 4×4 variant, it’s an older restoration that was bought by the current owner from a Swiss friend. The original intention had been to use it on his country estate but it’s seen very little use in the years since and it’s now being offered for sale.

As a 1975 4×4 model this Pinzgauer is fitted with the earlier air-cooled engine, it’s configured for troop carrying with twin rows of bench seats in the rear and a removable soft top. The vehicle is road legal and road registered in the UK, and it carries the original Swiss flag insignia on the front to showcase its heritage.

If you’d like to read more about it you can click here to visit the listing, its current estimated value is between £8,000 and £12,000, and it’ll be crossing the auction block in early September. 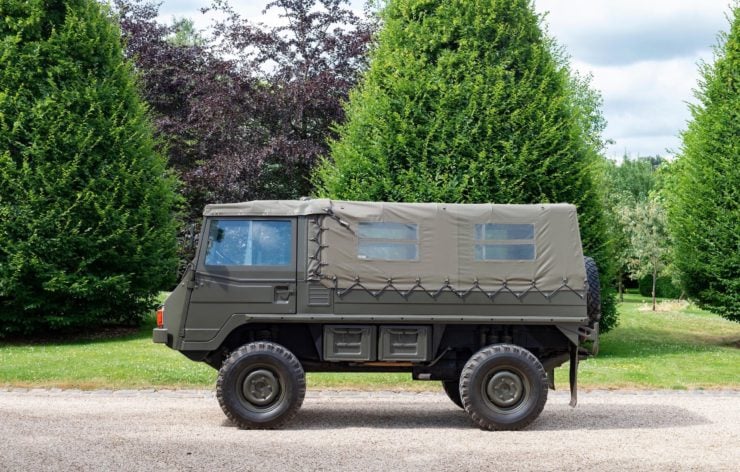 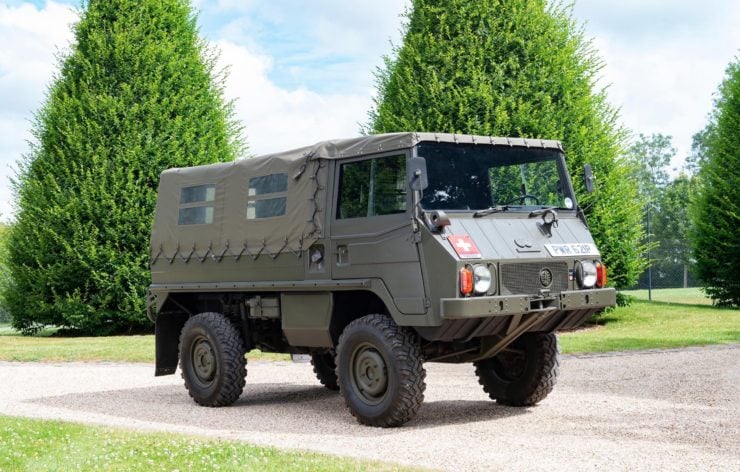 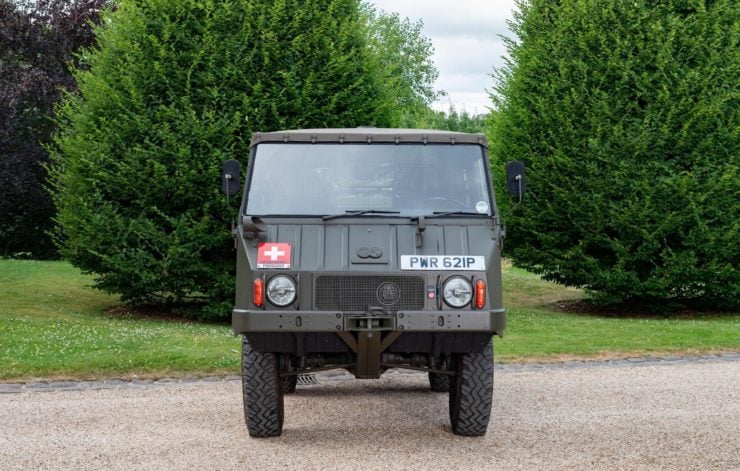 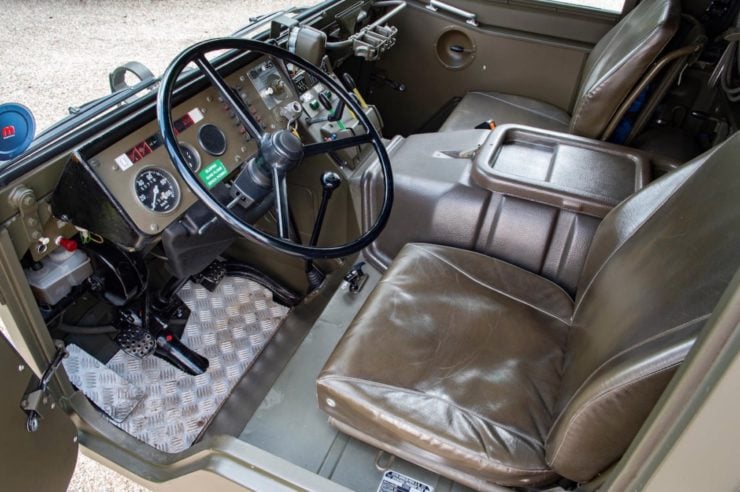 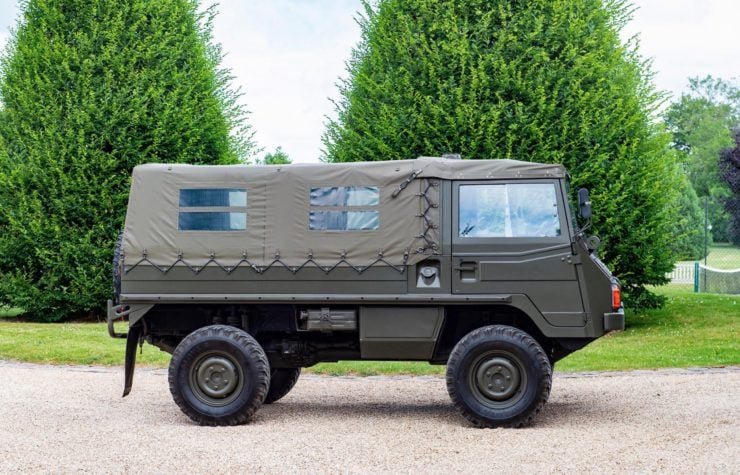 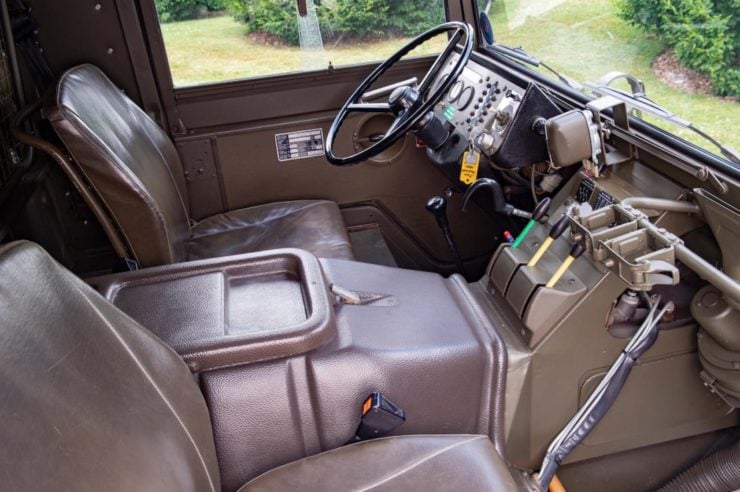 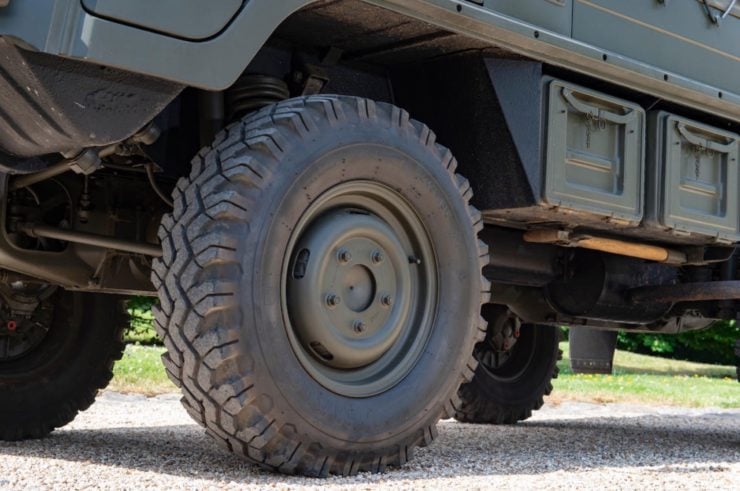 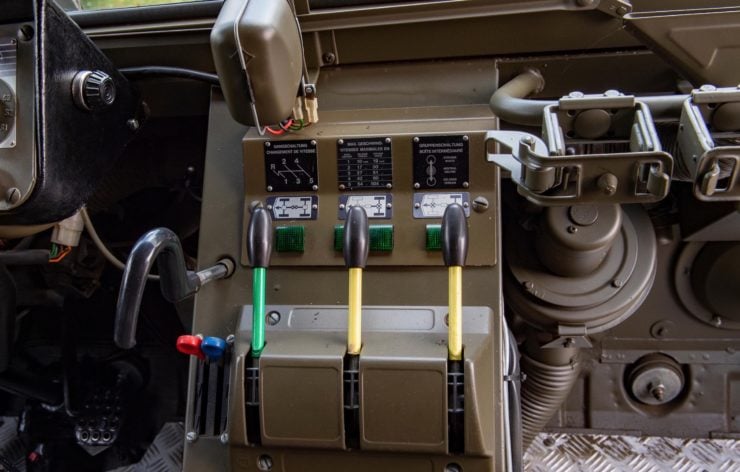 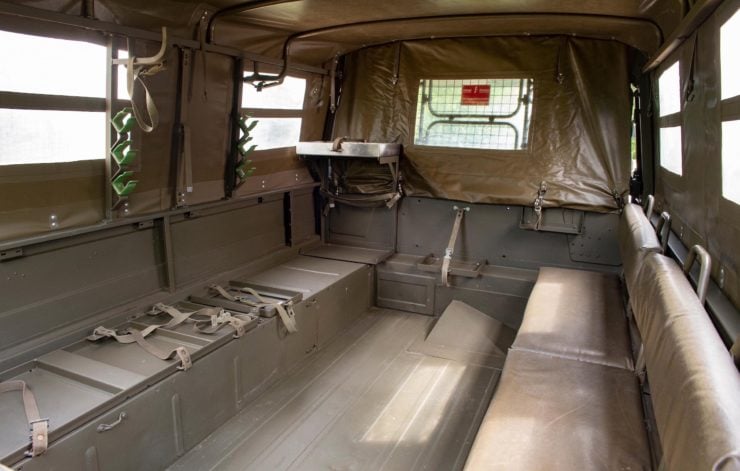 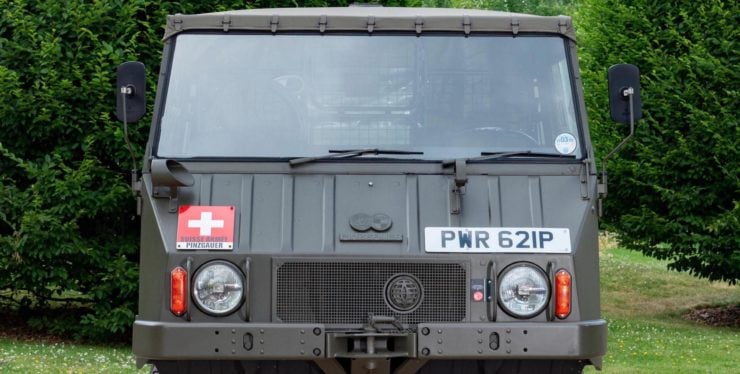 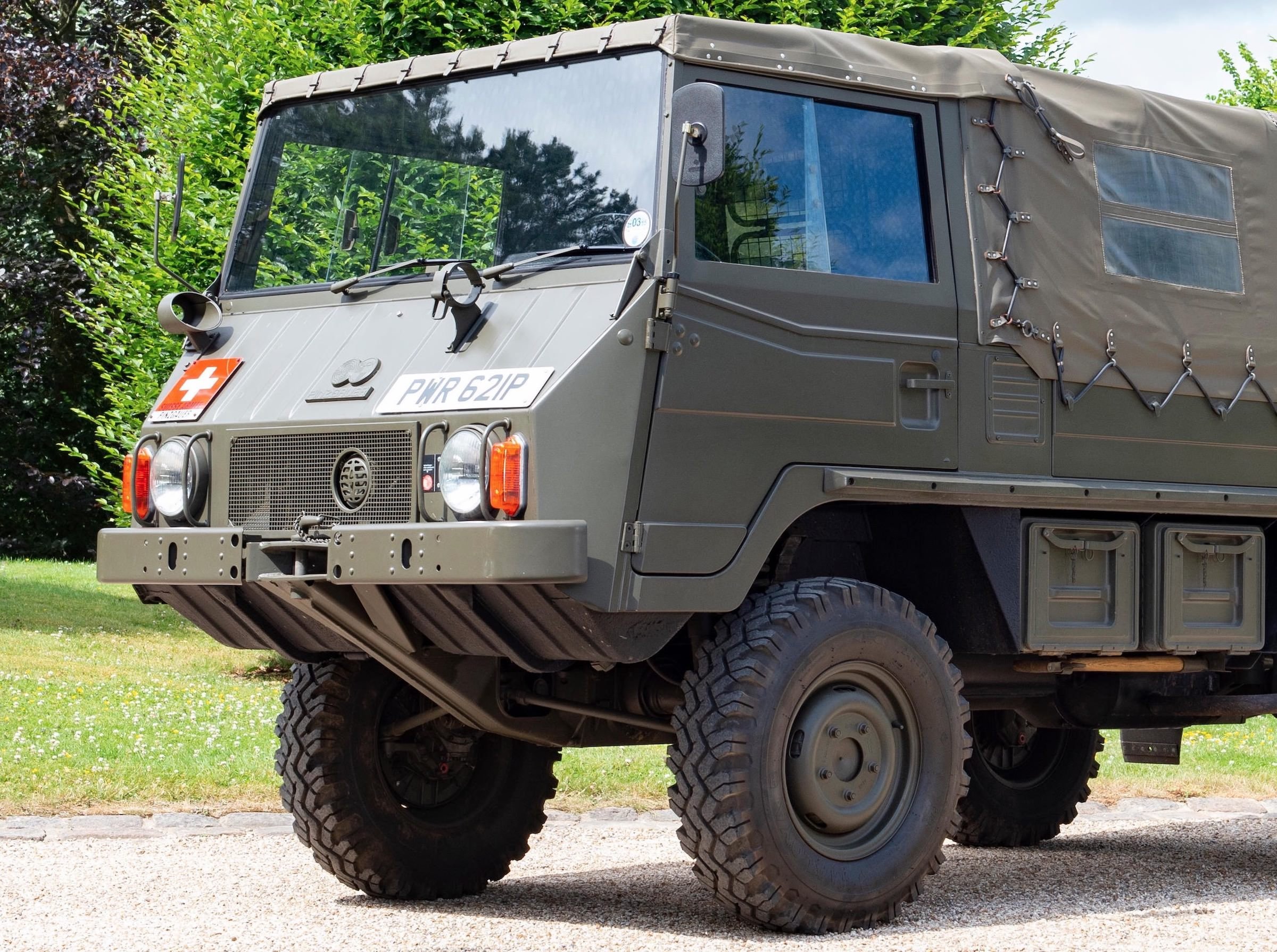