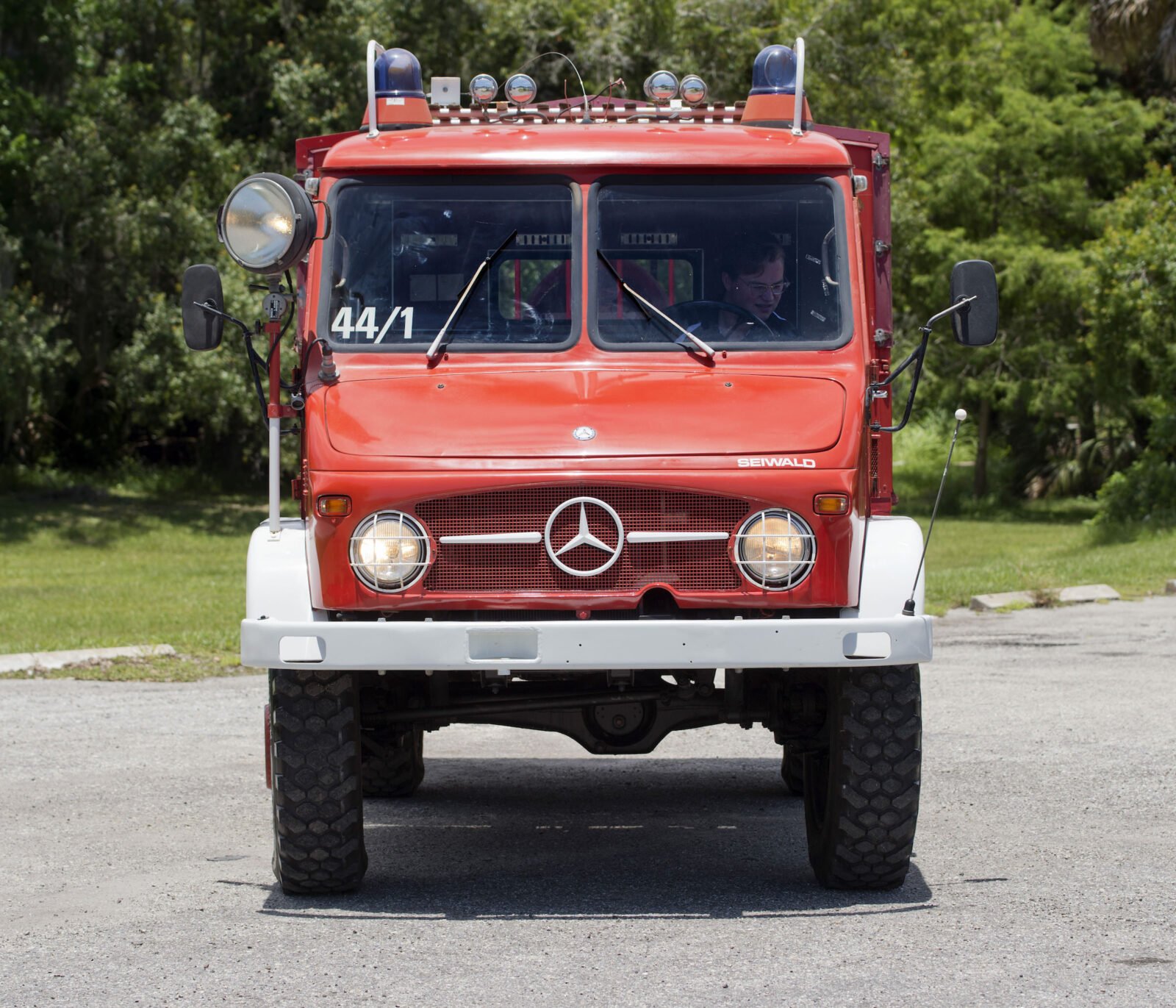 There are few vehicles better suited to expedition camper conversion than the original Mercedes-Benz Unimog 404, and this mountain rescue / fire truck is an ideal candidate thanks to its double cab front and tray-back rear.

The Unimog was conceived in almost exactly the same way as the original Land Rover Series I. In post-WWII Europe there was a shortage of materials but a significant need for vehicles – particularly agricultural vehicles. Money was scarce and few farmers could afford a tractor and a car – so the solution was to build a vehicle that was a little bit of both.

The original prototype Unimog was developed by Albert Friedrich and first built by Erhard und Söhne in 1946 – just a year after the end of the Second World War.

The first Unimogs had a track width of 1.27 meters as it was the same as two rows of potatoes, it had a flexible chassis (that essentially acted as additional suspension), portal gears allowing the axles to be well above the wheel-center height, and a power take-off that could be used to operate rotary farm equipment and other tools.

1955 would see the introduction of the significantly revised Unimog 404 – a more refined vehicle now capable of genuine on-road use but still maintaining its agricultural capabilities. The Unimog 404 would be produced in significant numbers, with tens of thousands of them being sold in Germany, across Europe, and around the world. 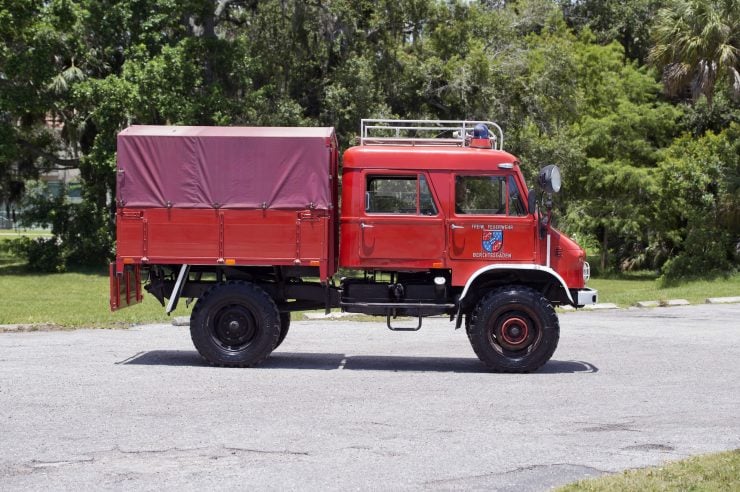 Almost all 404.1 variants of the Unimog were powered by straight-6 water-cooled engines with a capacity of 2195cc, a single Zenith 32 NDIX carburetor, a 7:1 compression ratio, and 80+hp. The gearbox is an all-syncromesh 6-speed (with two reverse gears) and the top speed is generally listed as “adequate”.

The 404 can operate as either a 2×4 or a 4×4, with locking differentials within two portal axles fitted with reduction gears to power the wheels. Suspension is provided by coil springs and hydraulic shock absorbers on all four corners, and the braking by hydraulic drums.

The list of uses found for the Unimog is longer than the entire internet, they’ve been famously used by multiple major and minor armed forces around the world as all as for fire and rescue, forestry work, exploration, and frequently for snow clearing at ski resorts.

Unimogs today have a cult following around the world, they’re highly sought after and they can be turned into some of the best off-road expedition campers on earth.

The Unimog you see here is a 404 variant that was equipped as a mountain rescue and fire-fighting vehicle for use in the historic town of Berchtesgaden, Germany. It has a double cab with a roof rack, emergency lights, a sirens, searchlights, and seating for 5 – maybe 6 in a pinch.

The covered tray back is currently fitted with the original (removable) Metz fire pump. The sides of the tray back fold open to expose the original site fighting equipment including hoses, adapters, and connectors.

If you’d like to read more about the Unimog or register to bid you can click here to visit the listing on Worldwide Auctioneers. It’s due to be sold on the 1st of September and at the time of writing there’s no estimated hammer price. 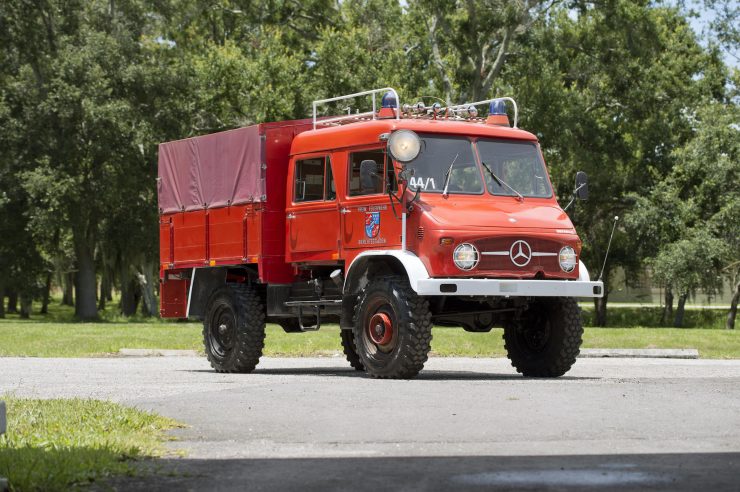 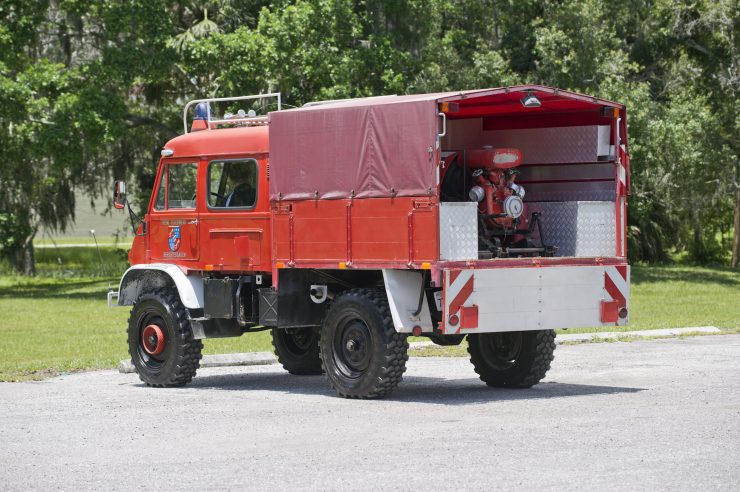 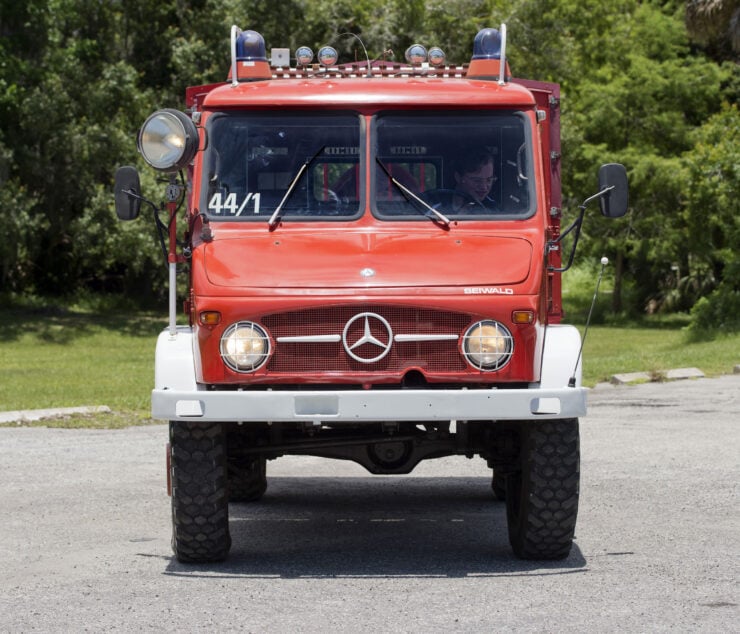 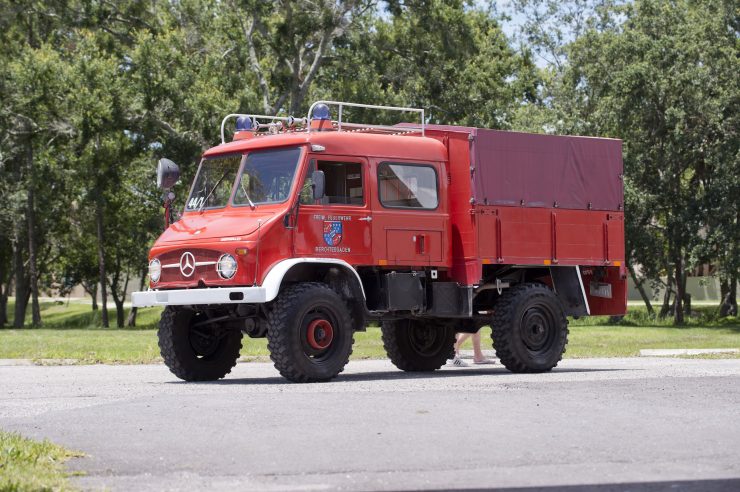 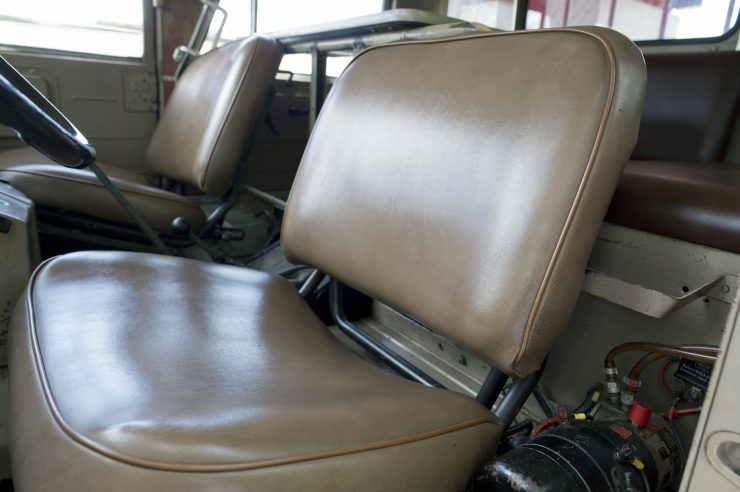 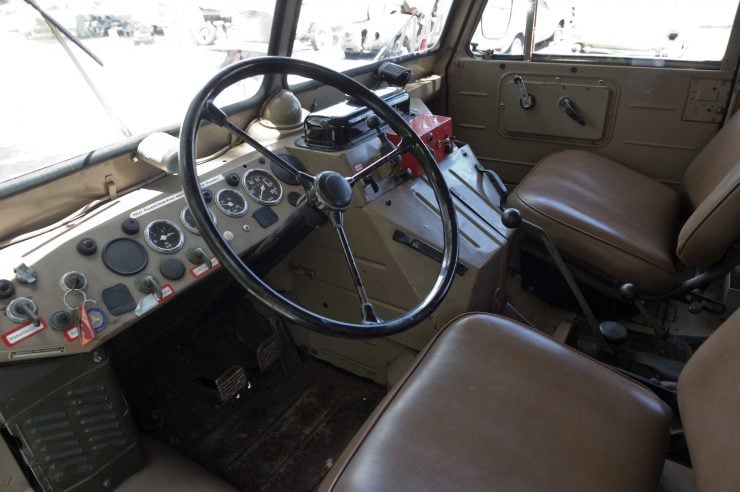 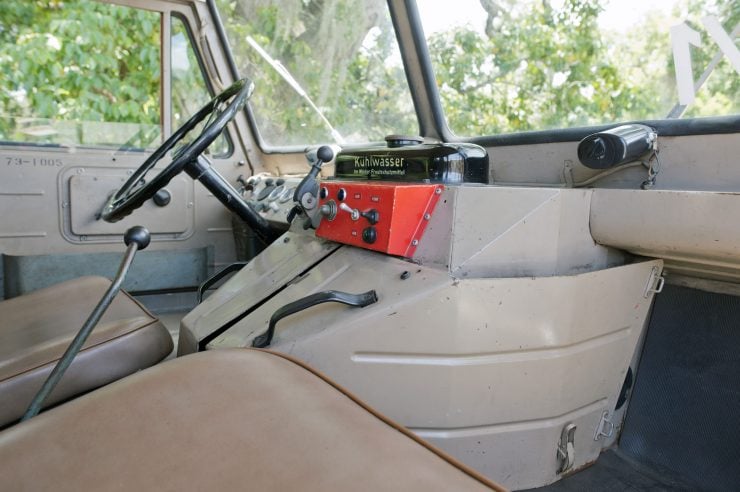 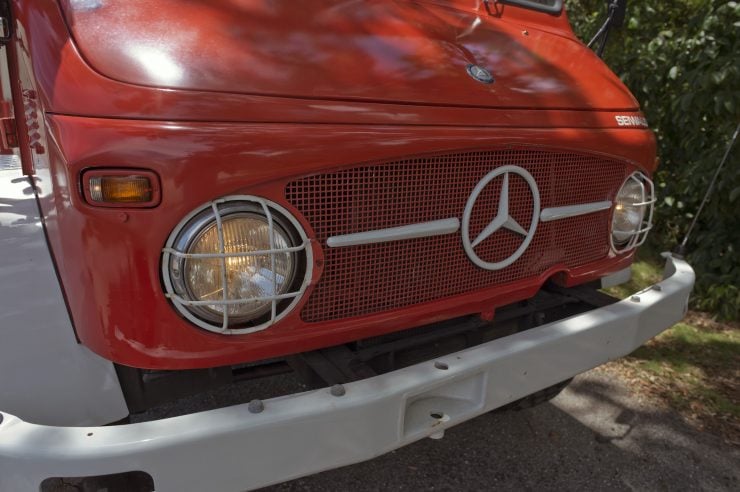 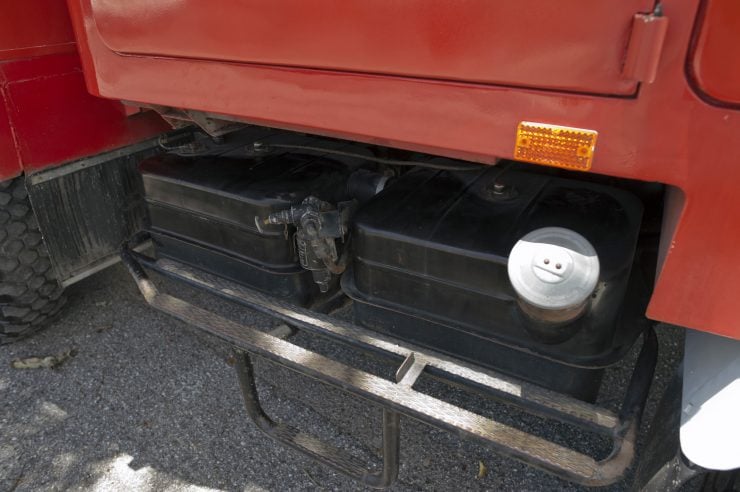 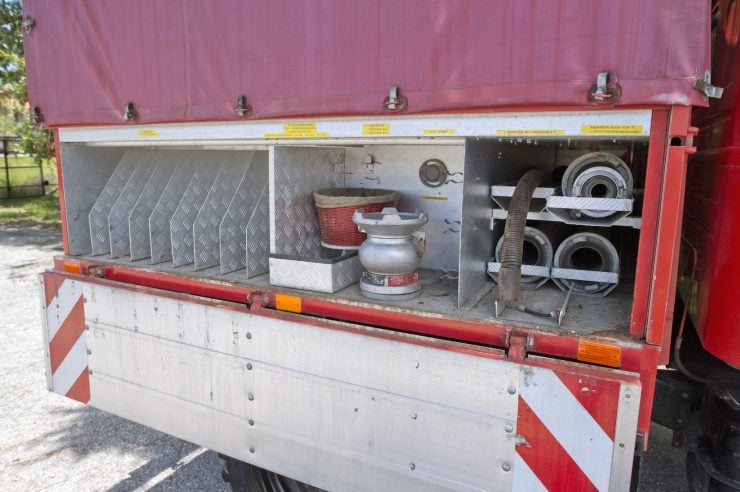 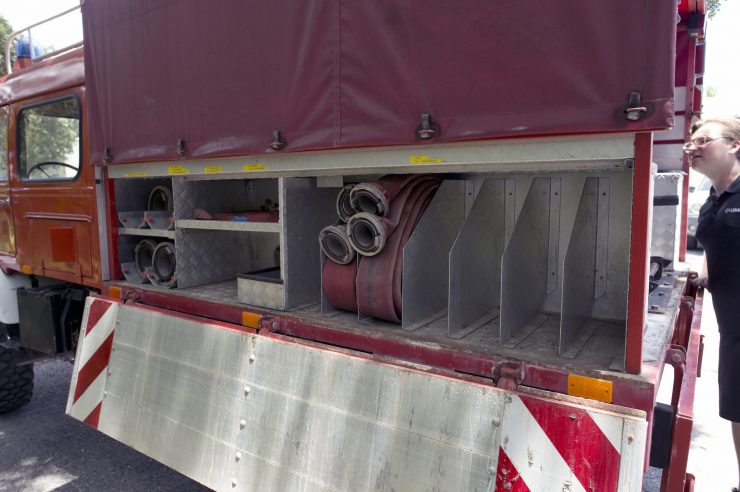 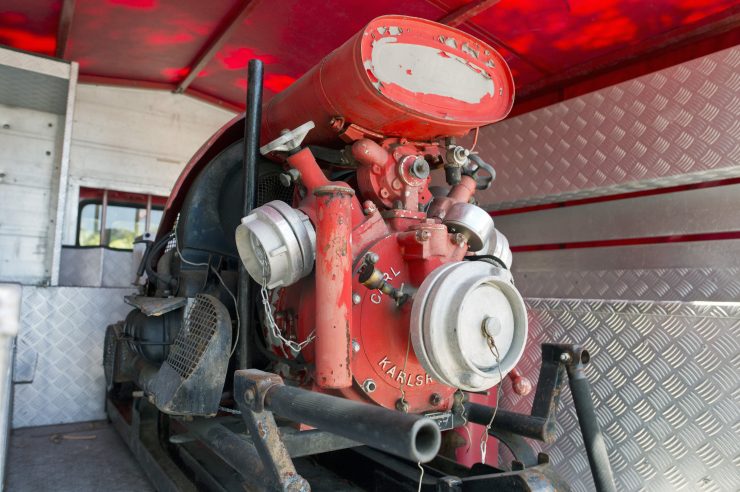 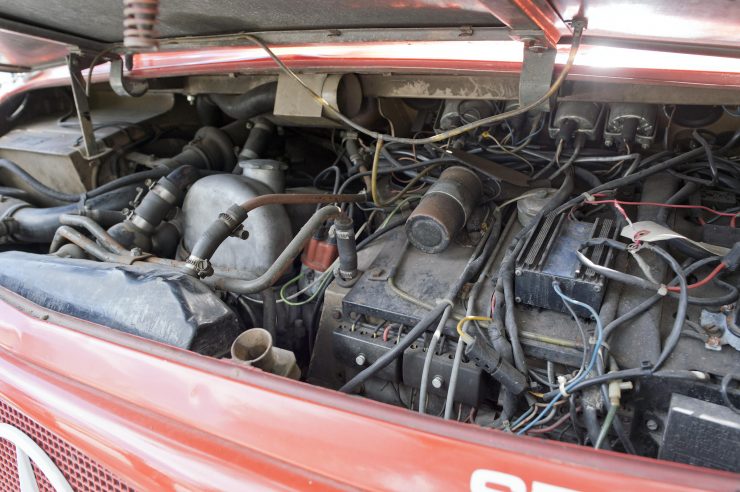 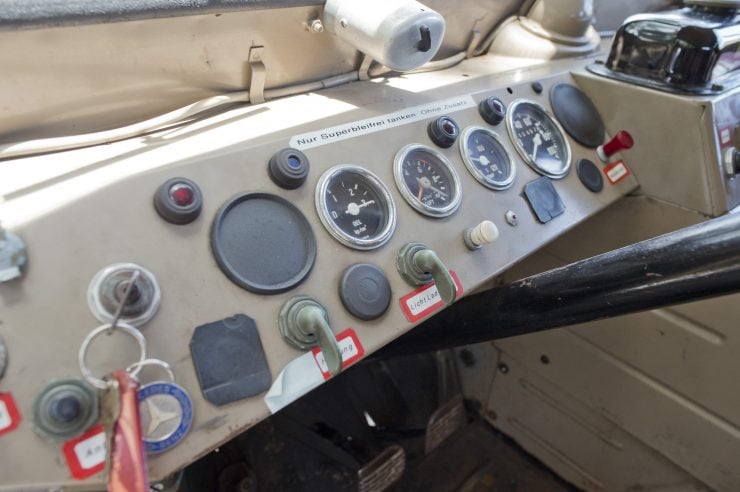 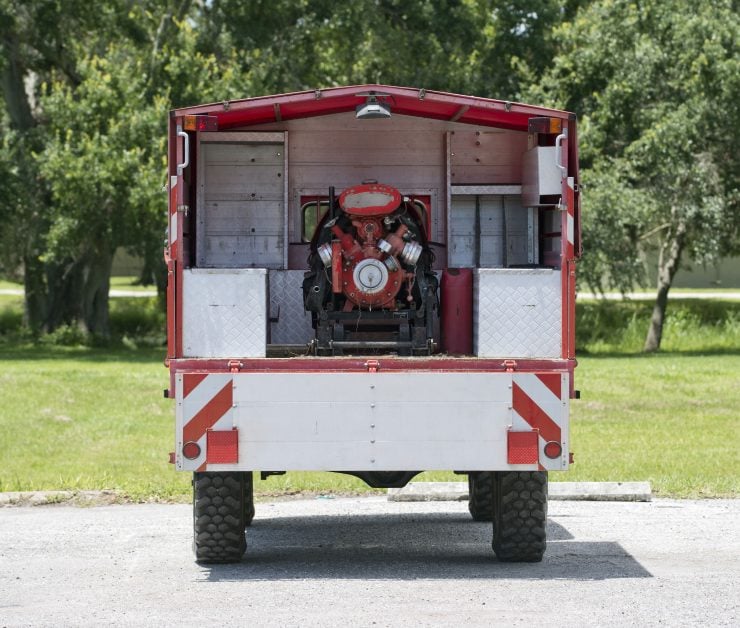 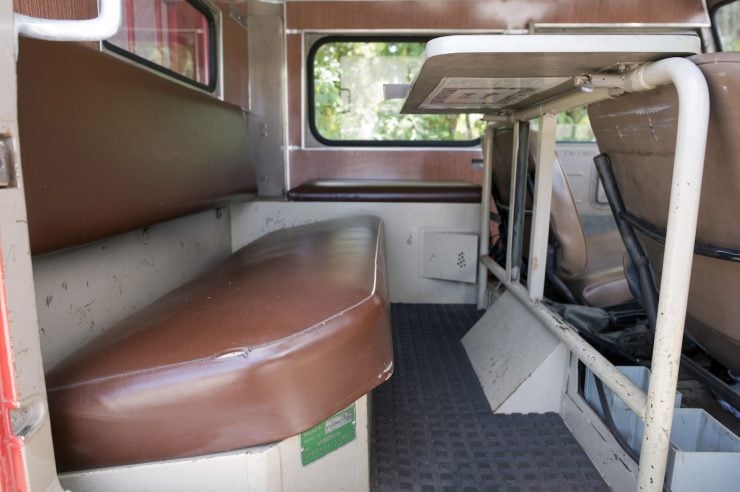 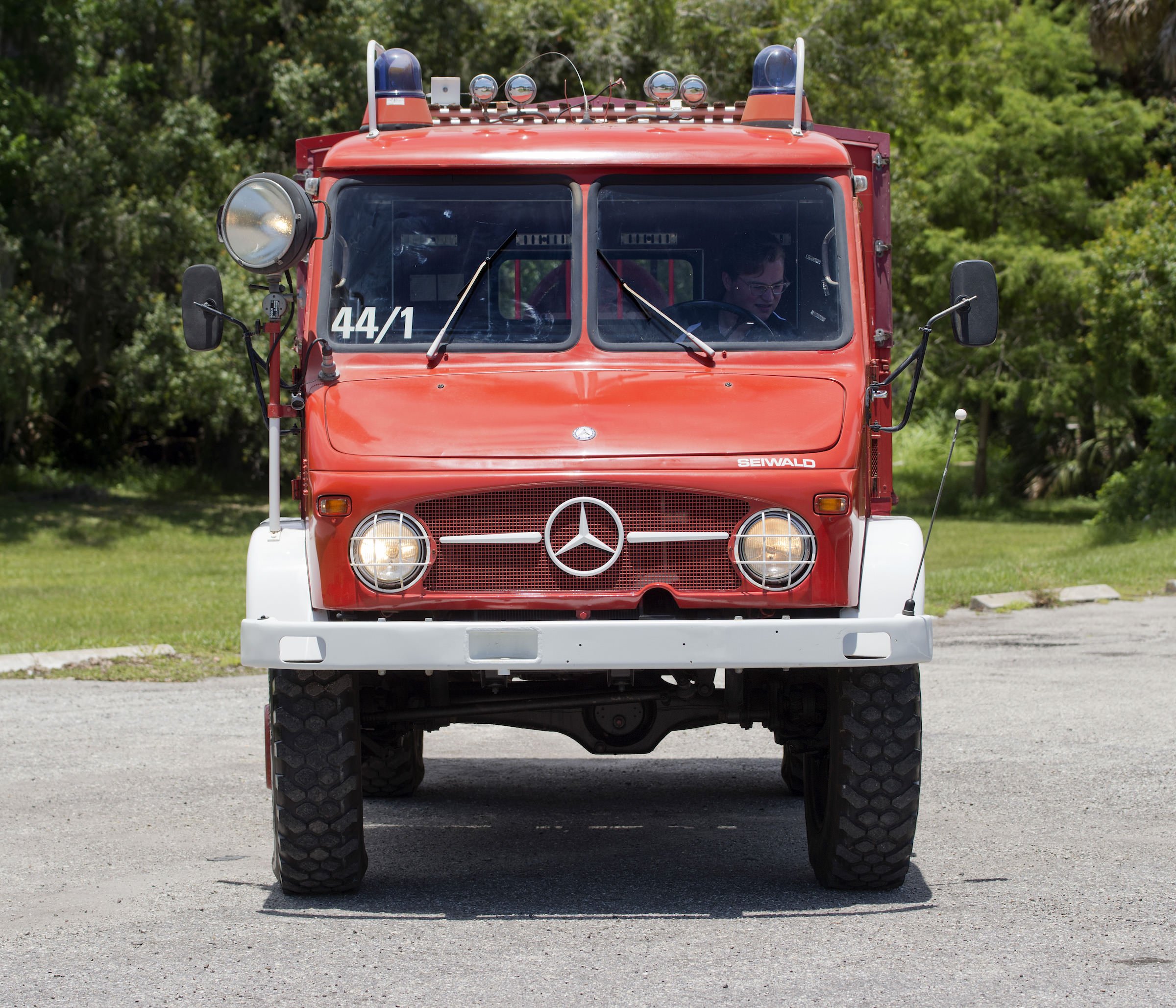