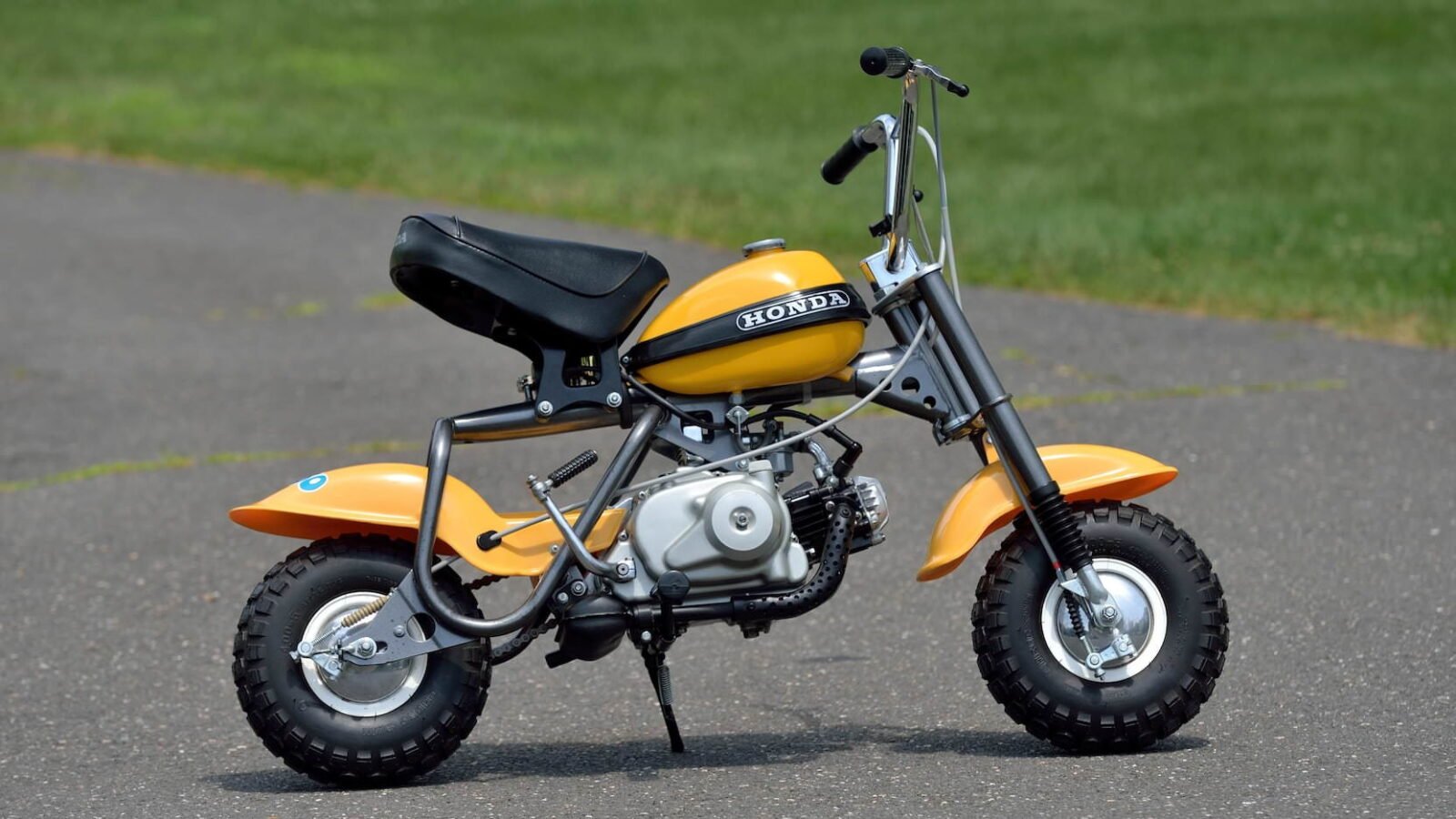 The Honda QA50 K0 Minibike was released as a 1970 model and sold as varying successor models until 1975. It was a fascinating dabble into a very niche market by Honda – the off-road minibike market for children. As well as their fathers, mothers, siblings, uncles, aunties, grandparents, and anyone else who might like the idea of throwing a leg over an exceedingly lightweight, low powered little motorcycle for some fun in the dirt.

The real success of Hondas minibikes almost certainly lay in their approachability.

They started out as small and gently powered motorcycles with a semi-automatic transmission, a seat large enough for both children and adults, a frame that could handle the weight (most of the time) and gearing that ensured that you couldn’t go fast enough to kill yourself. Although that didn’t stop entire generations of young people from trying. 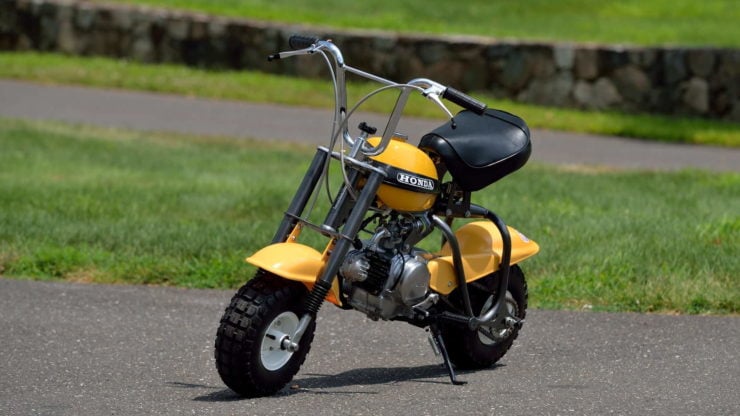 The most famous Honda minibikes were doubtless the Z50 series, also known as “monkey bikes“. They had started out as little fairground amusement rides for children but their wild popularity with both kids and their parents led Honda to the realisation that they were onto something.

Much like the British Welbike of the Second World War, the Japanese minibikes made use of a small air-cooled engine, no suspension, small tires, minimal brakes, and a very low kerb weight. The price tag was also small, making most Honda minibikes affordable to blue collar Mums and Dads, as well as kids too if they worked summer jobs and saved diligently.

The Honda QA50 K0 Minibike is one of the rarer examples of early Honda minibikes. They were only produced between ’70 and ’72 before being replaced by a similar model in ’73.

The recipe behind the QA50 K0 was relatively simple, a 50cc air-cooled, OHV four-stroke engine producing 1.8 hp at 5,000 rpmis fitted to a tubular steel frame with limited front suspension and a no rear suspension other than that found in the tire wall.

A two speed transmission operates via an automatic clutch, there are drum brakes front and rear, chunky plastic fenders, an amply cushioned seat, and a small fuel tank that offers up to 100 miles of range depending on rider weight. 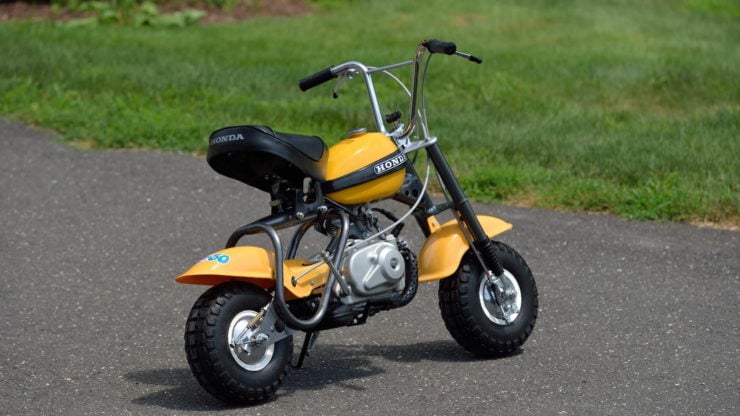 Due to the hard lives they often led, with children riding them like miniature Evel Knievels and their parents having a go too, many suffered bent or broken frames, irreparable engine damage, terminal rust, or years of neglect. Surviving examples are not very collectible, particularly if they’re in original and well-preserved condition.

The QA50 K0 you see here was bought by a young man after a summer of cutting lawns in 1969. He had managed to save up $199 USD and made his way into Bill Parmelee Cycles in Fairfield, Connecticut. He bought a shiny new Gypsy Yellow QA50 off the showroom floor and rode it home…. Despite the fact it wasn’t road legal.

This young man rode the bike enthusiastically, he would wind up keeping it for his whole life, recently having it restored back to showroom original condition – including the Gypsy Yellow paintwork. The bike now features NOS brakes, cables, a new chain, a new coil, new upholstery with proper Honda stencils, as well as grips and peg rubbers. It’s also fitted with NOS tubes and wheel bearings, new tires, and it comes with the original owner’s manual and spark plug wrench.

It’s now due to come up for sale with Mecum in mid-August at Monterey. If you’d like to read more about it or register to bid you can click here to view the listing. 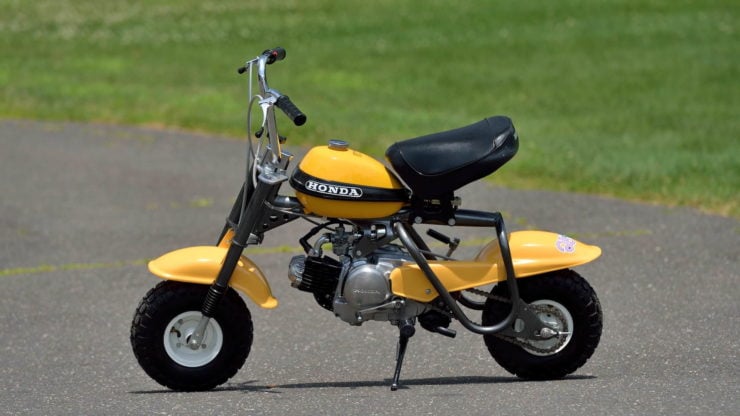 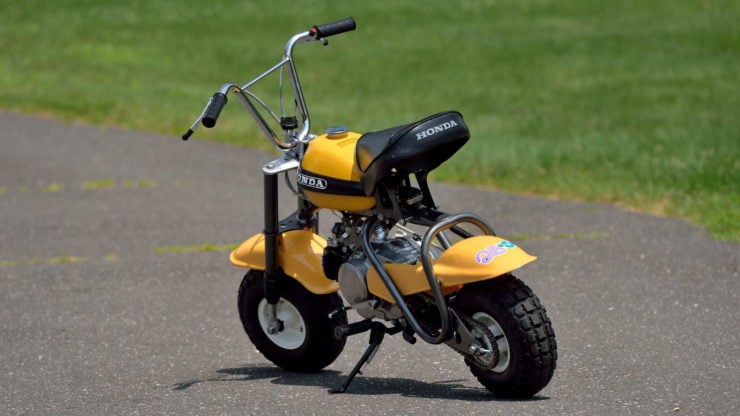 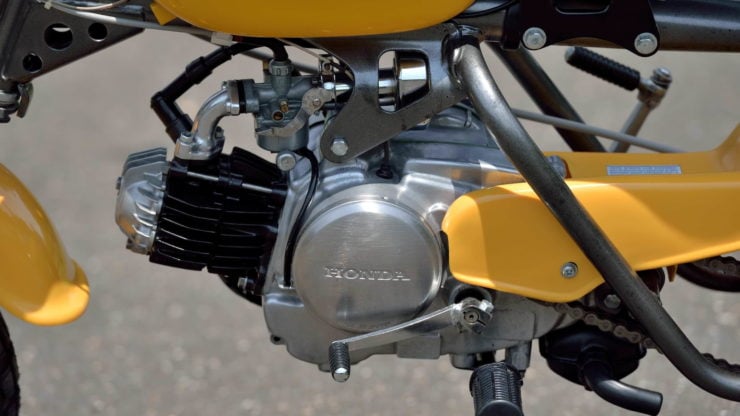 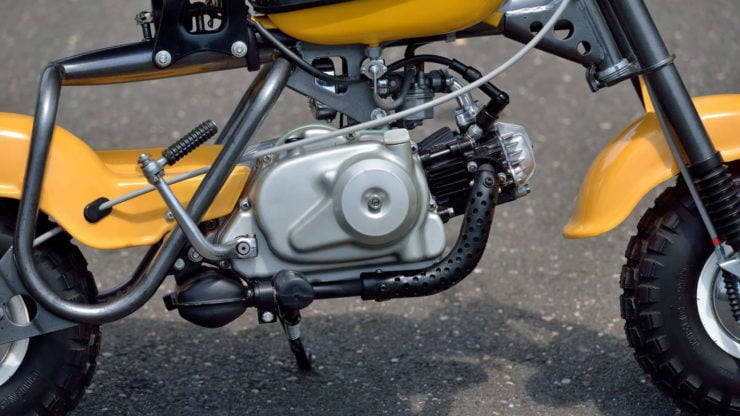 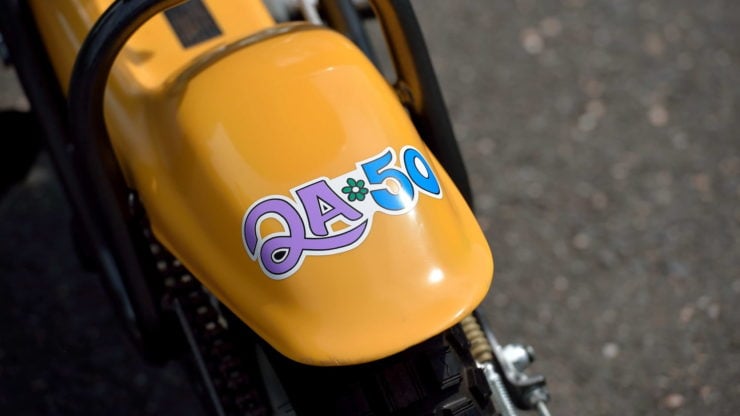 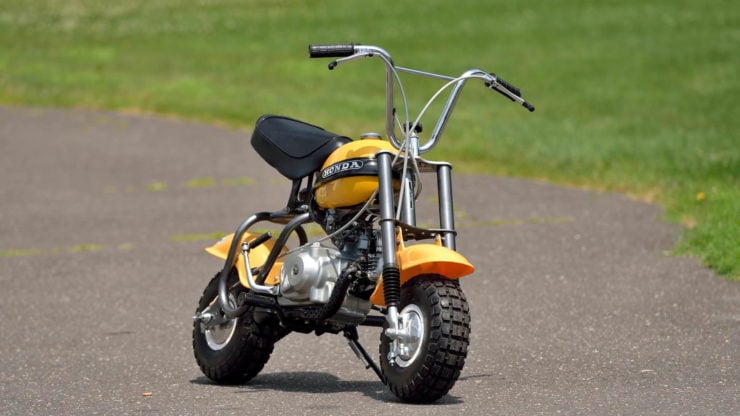 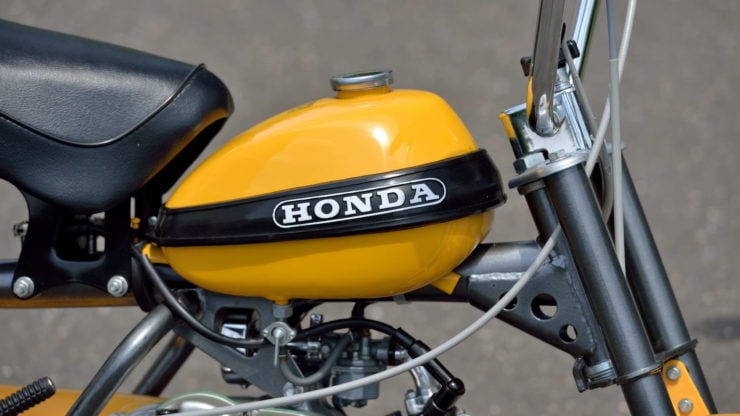 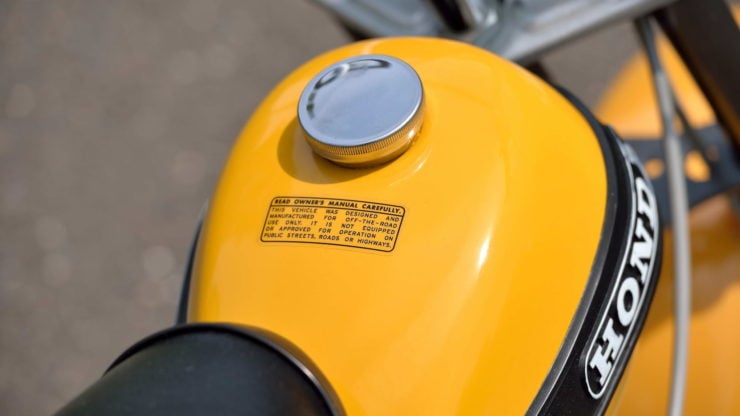 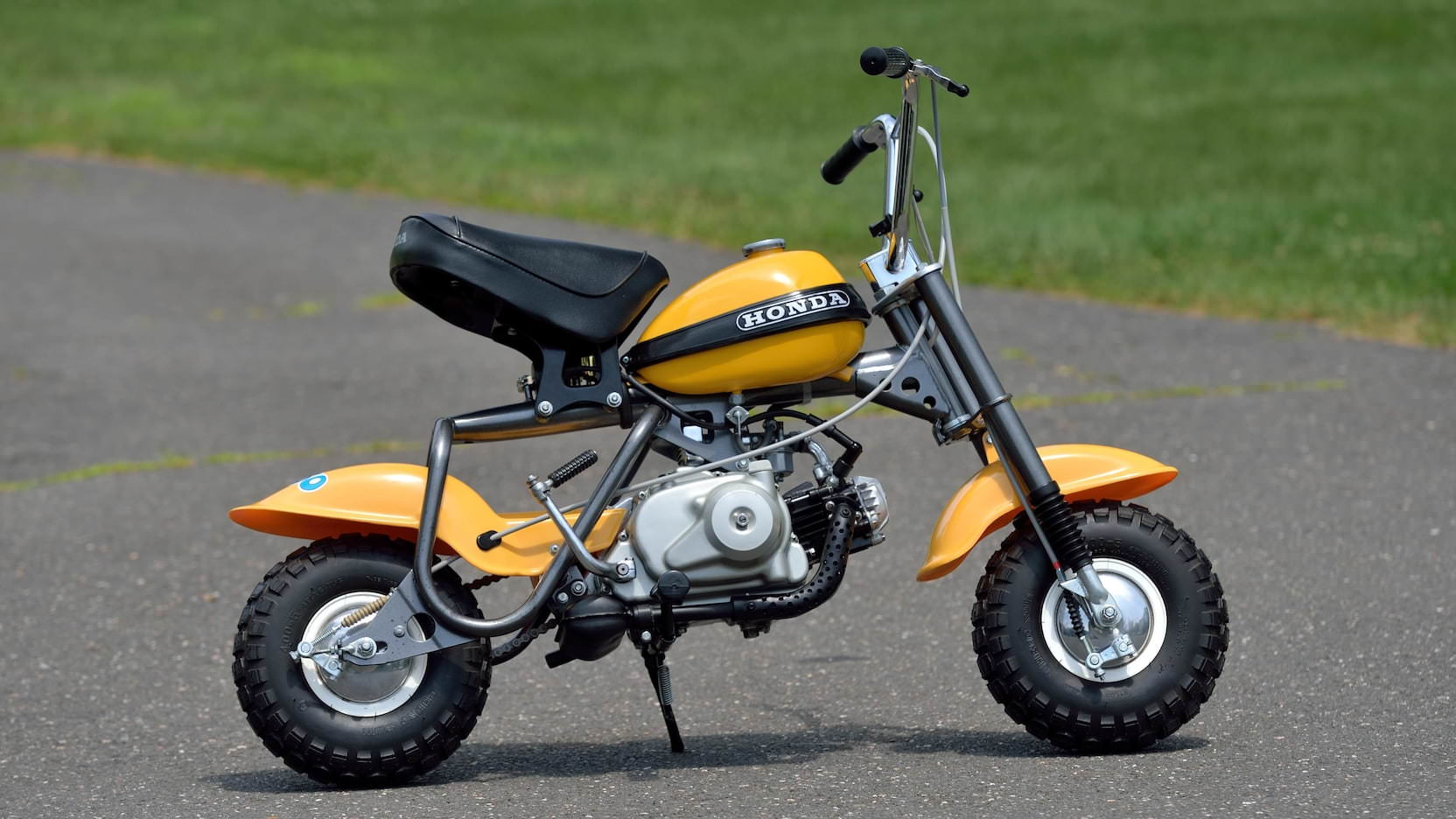