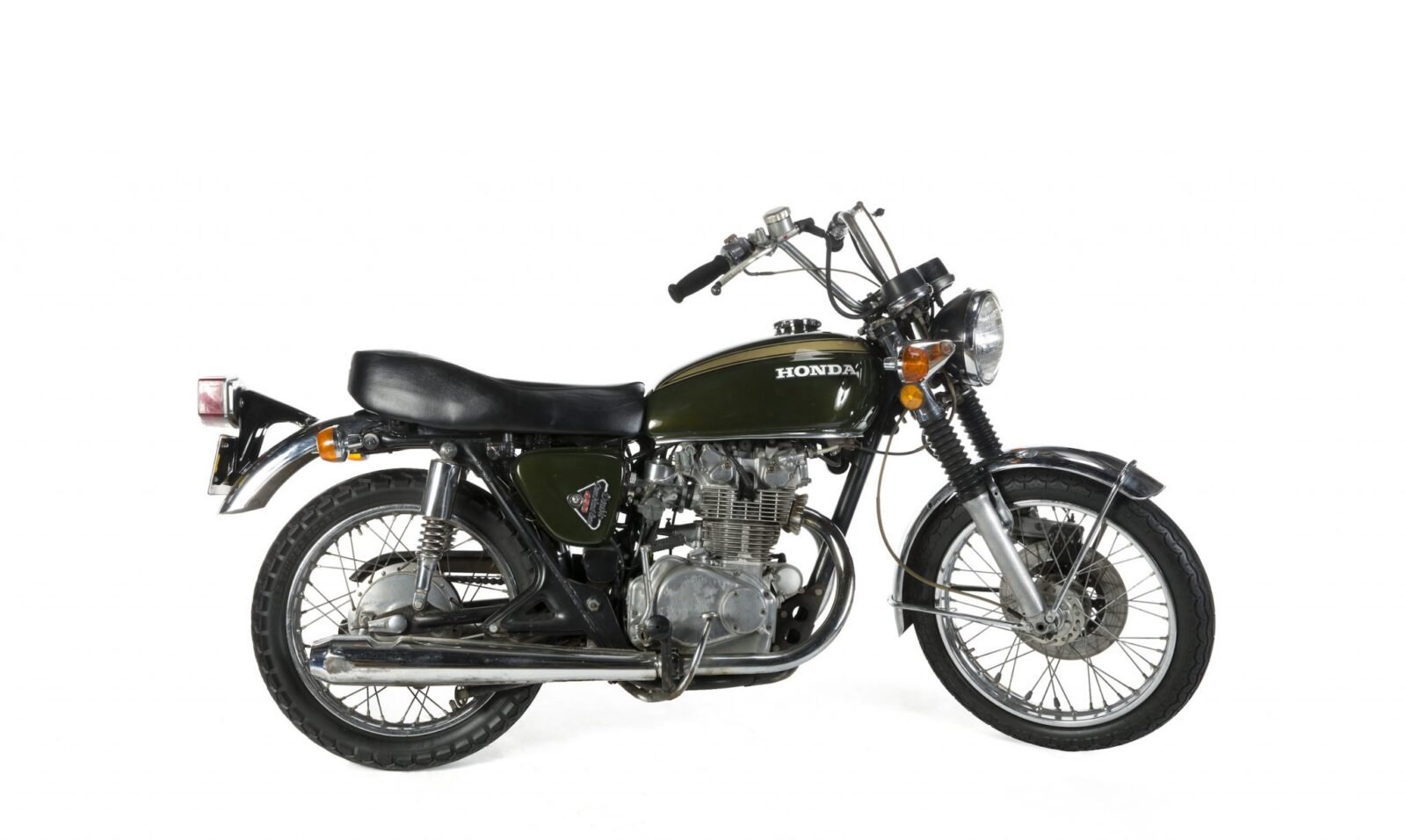 Steve McQueen’s love for motorcycles is well documented, he owned many over the course of his life, including Indians, Triumphs, Husqvarnas, Hondas, and even a Cyclone board track racer.

In 1973 he starred in a commercial for the Honda CR250, and as part payment Honda sent him a brand new CB450 – doubtless hoping he would be seen riding it around in California, which would do no harm to the model’s sales.

Honda paid McQueen $1 million for his appearance in the CR250 commercial, and it was money well spent. The Japanese marque was still a relatively new name in the world of off road motorcycles, a market that had been dominated by the likes of Triumph before being usurped by lighter two-strokes from marques like Husqvarna.

The CB450 is an important motorcycle in the history of Honda, and in the history of Japanese motorcycles in general. It was first introduced in 1965, and it caused quite a stir with its advanced-for-the-time DOHC parallel twin, with a horizontally-split crankcase, an electric starter, reliable electrics, and 43 hp.

McQueen’s CB450 has been in private ownership for many years now, and it’s still registered in California with a coveted license plate that reads “MCQUEEN”. The odometer shows just 19,175 miles, which for a Honda means it’s barely broken in.

The bike was featured in the recently released book “McQueen’s Motorcycles: Racing and Riding with the King of Cool” by Matt Stone.

An excerpt from the book – “The Honda CB450 DOHC ‘double overhead cam’ was a somewhat sophisticated machine for its day. Most of the big inch bikes still ran conventional overhead valve arrangements, even Honda’s ‘Superbike’ the CB750 Four. Although double overhead cam engine architecture is de rigueur in big inch street bikes today, a twin cam engine was semi exotic stuff at the time.”

I’m sure the publisher has since received many emails pointing out that the CB750 did in fact have a single overhead cam fitted.

If you happen to be in the market for a Honda CB450 with serious Hollywood connections, this bike is selling this weekend through Julien’s Auctions. Bidding is currently at $50,000 USD (4 bids at the time of writing), if you’d like to get in on the action or read more about the bike you can click here to visit the listing. 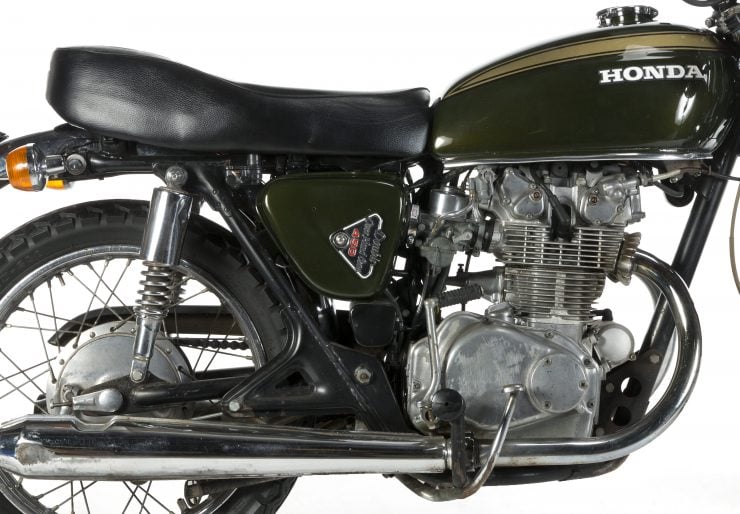 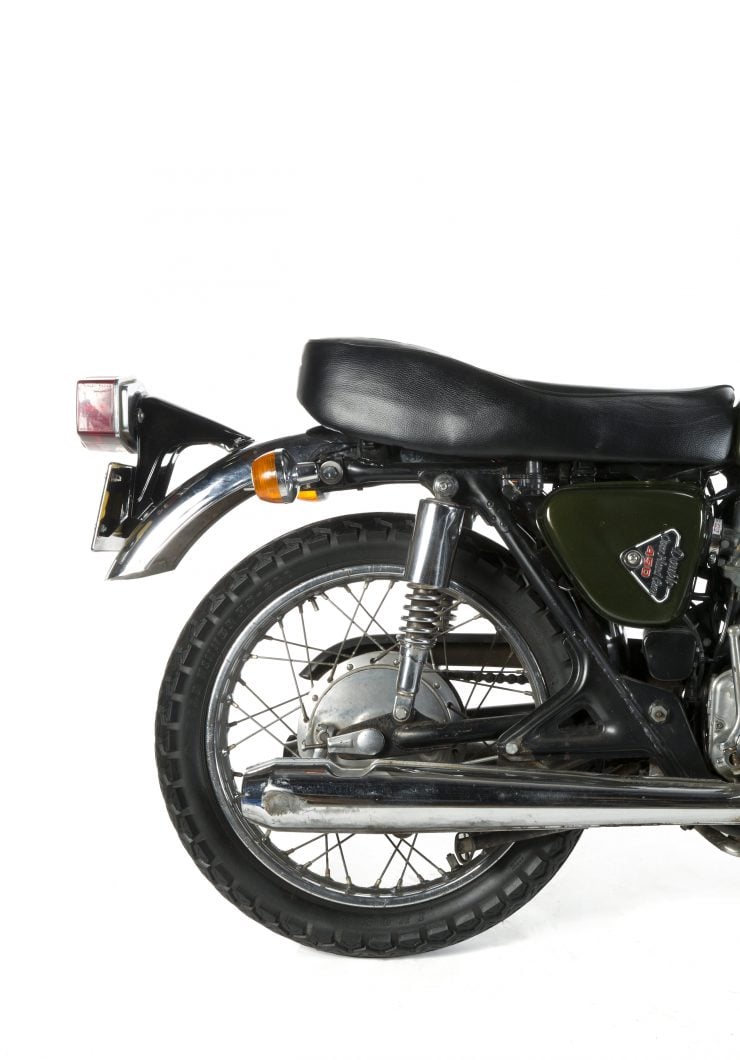 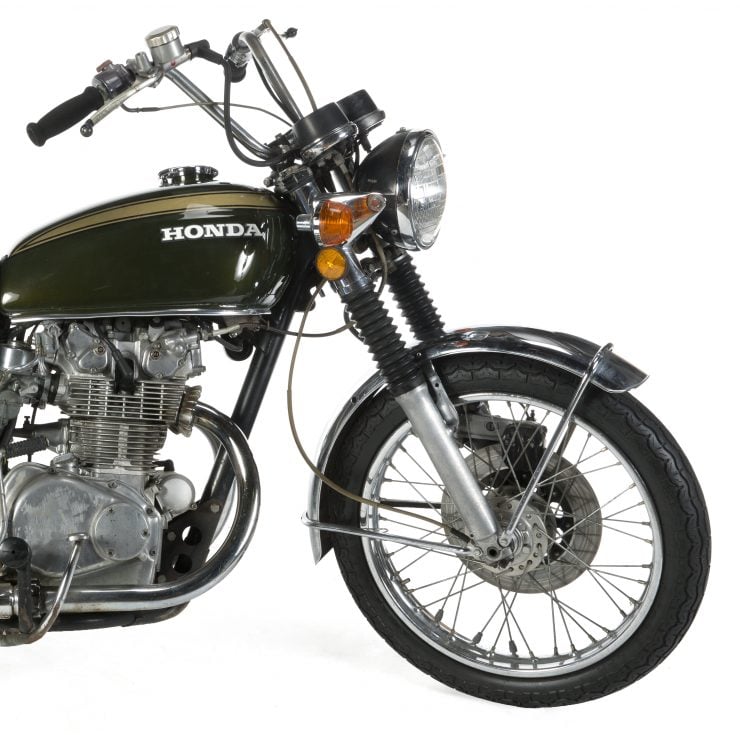 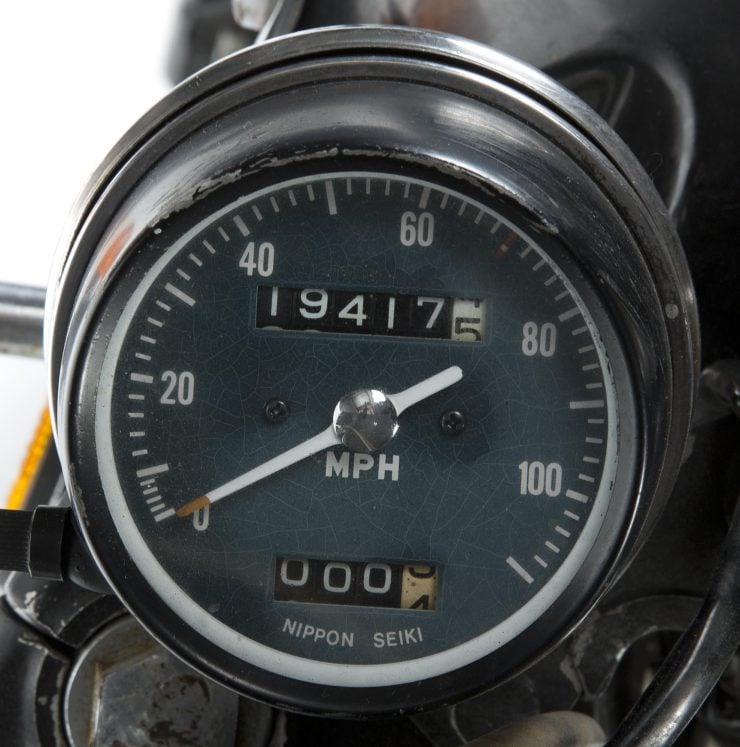 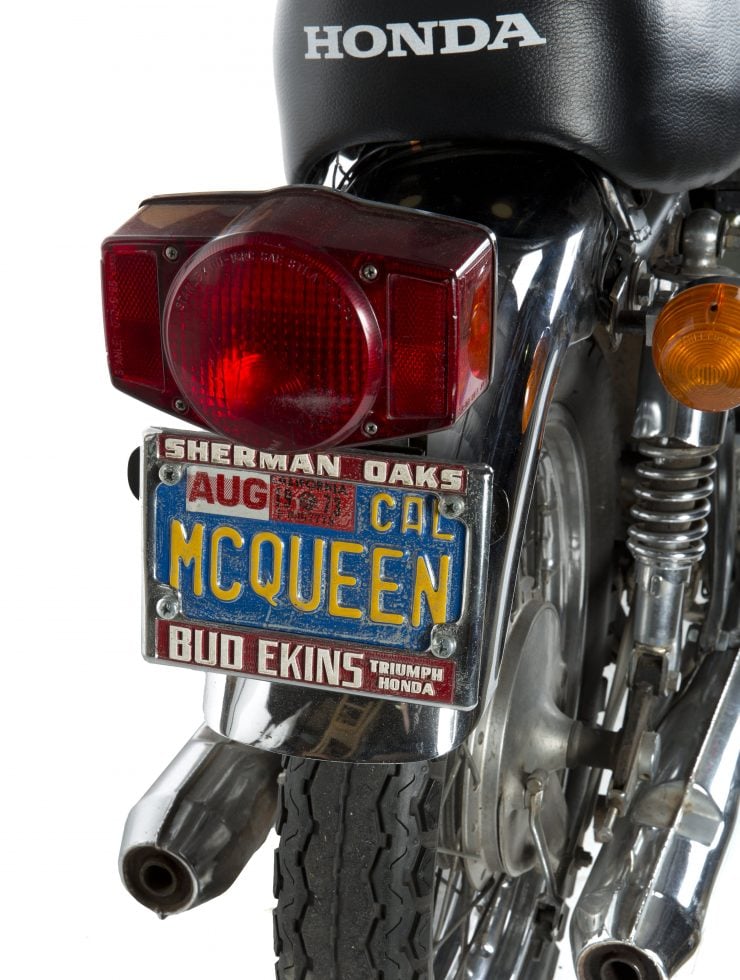