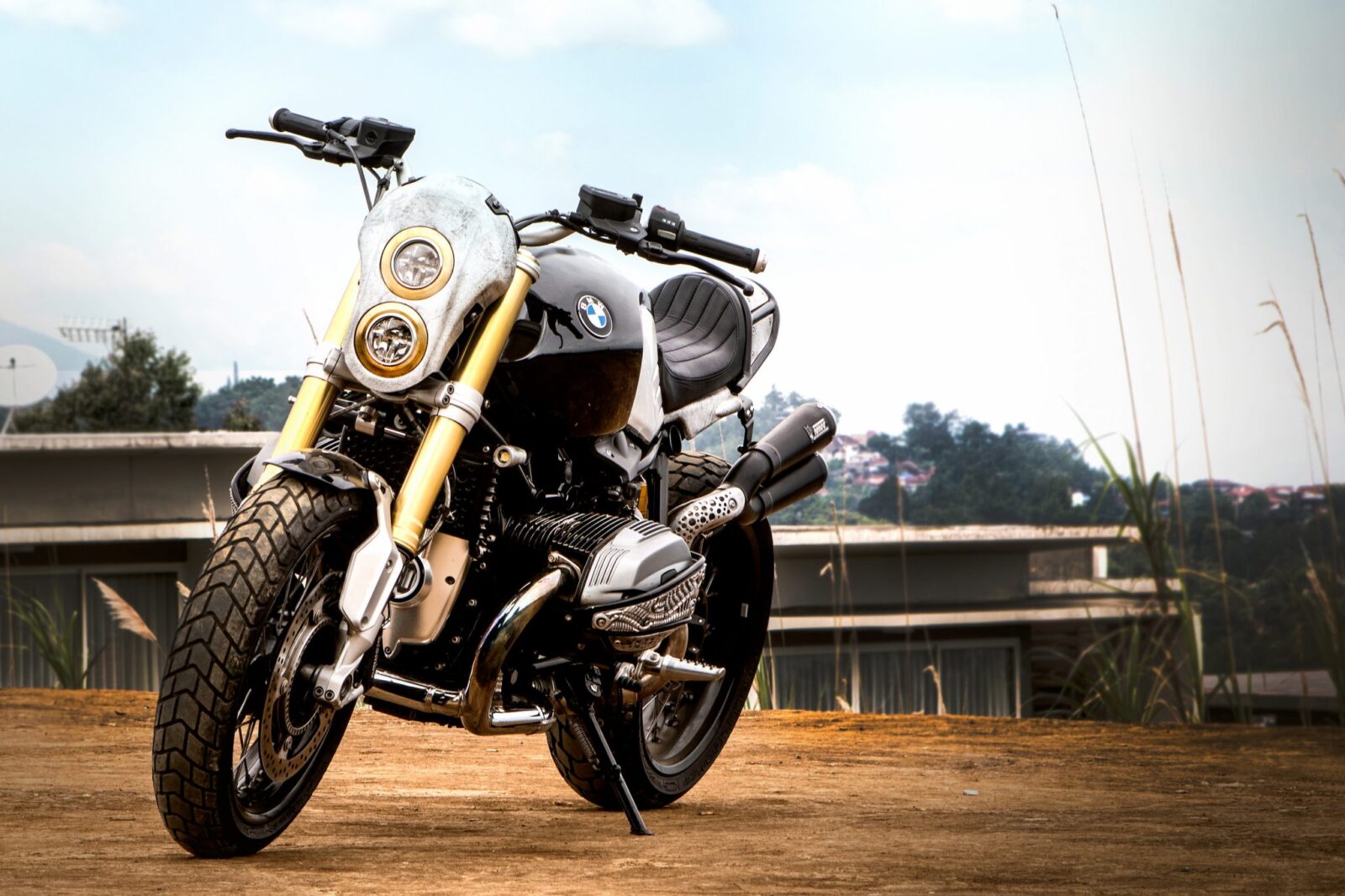 The Background of Bckyrd Customs

Bckyrd Customs was started in 2011 by an amiable Balinese man by the name of Arfan and his friend Jacky – they started the business in Arfan’s backyard and chose to name it as a reference to where it all started. In 2013 the fledgling company’s success was such that they needed to move into a warehouse, and they’ve been based there ever since – building custom motorcycles for the huge custom scene in Bali.

Arfan and Jacky met when they attended the Fine Art College in Bandung, West Java. Jacky was studying industrial design and Afran was majoring in fine arts and sculpture – but both shared a love of motorcycles. When building bikes at Bckyrd Customs the two men use their different training to come at each build from different angles – producing some of the most interesting customs in South East Asia.

When Arfan and Jacky were approached by a new BMW R nineT owner in Bali to customise his bike the two men jumped at the chance. This would be their largest capacity custom motorcycle to date, so once they had some design direction from the owner they rolled the bike into their garage and got to work.

The roads of Bali, and much of Indonesia, can be chaotic and are often unpaved and potholed. So it was important that the R nineT was capable of tackling asphalt, dirt, gravel, and mud. So a set of dual sport Pirelli tires and an adjustable Öhlins monoshock were fitted to help the bike stay upright no matter what road conditions Bali happens to throw at it.

Much of the original bodywork was removed and new parts were hand-formed from aluminium. The men took a lot of inspiration from Swiss surrealist painter H. R. Giger – particularly in areas like the valve covers, intake manifold, headlight, and oil cooler.

The headlight assembly took time to get right, they used two 3.5 inch PIAA lights stacked vertically and then fabricated the mount and external cover to suit. A new seat pan and multi-part rear cowl was made in-house, and the seat was upholstered in lamb leather. On the right side the bike has a racing number 14 fitted, which is actually a cleverly disguised bracket for a pannier bag.

Once the work was completed Arfan and Jacky still weren’t quite happy, so they removed the aluminium parts and experimented with acid finishes till they found what they were after.

The completed bike has now been returned to the owner who can be regularly seen riding it on the roads and alleyways of the Indonesian island. Although it’s thousands of miles away from where it was designed in Germany, the R nineT is surprisingly well-suited to island life. 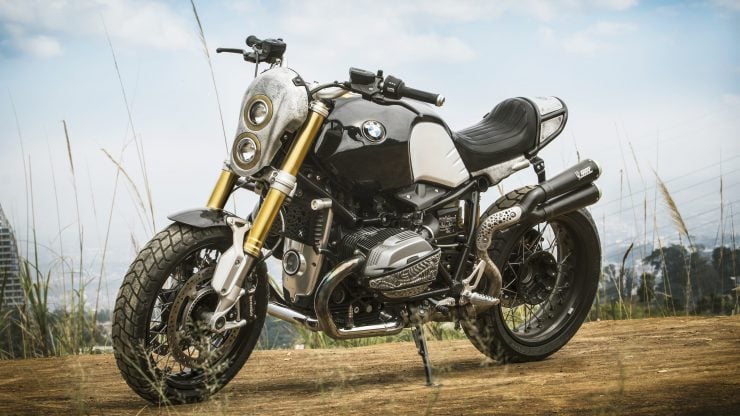 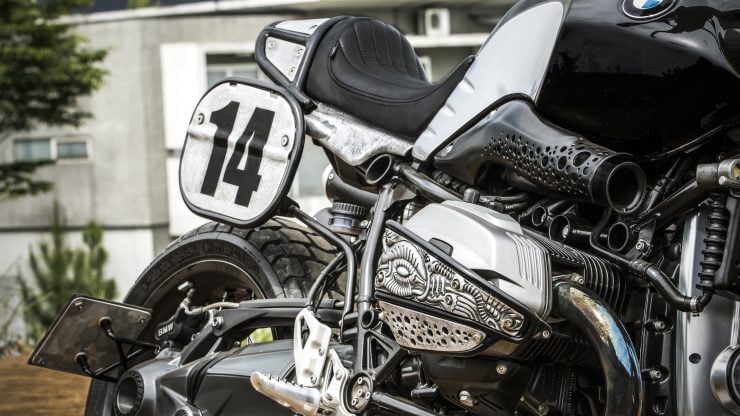 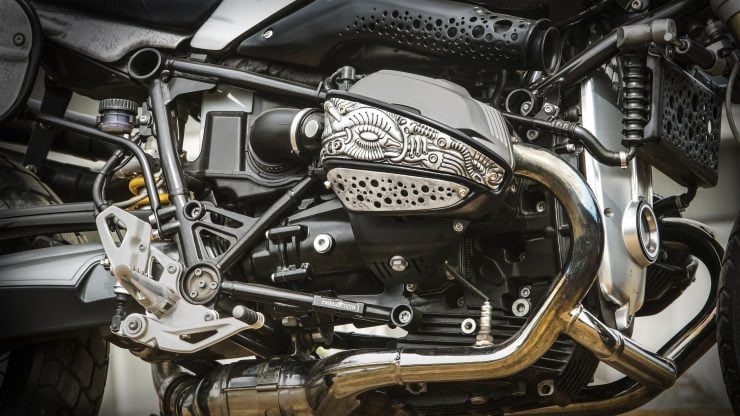 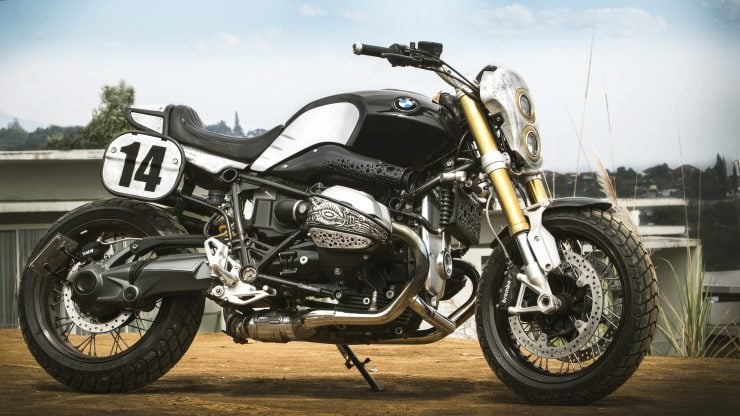 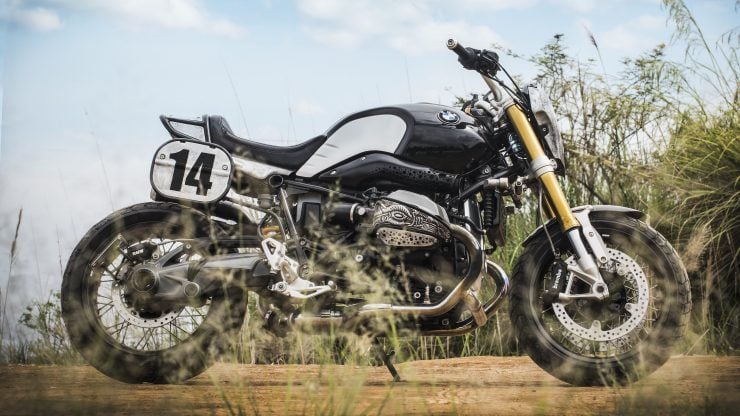 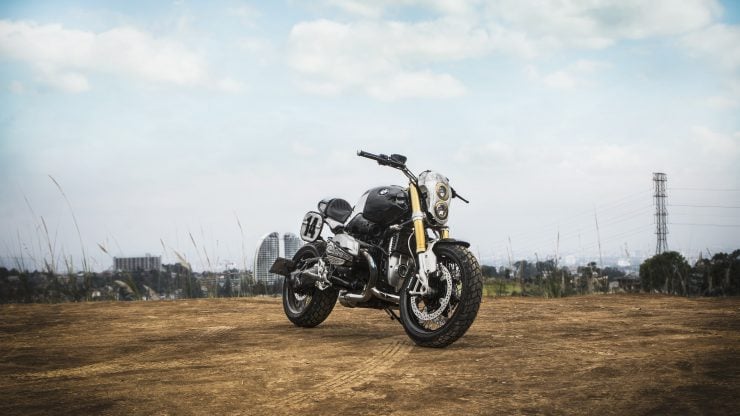 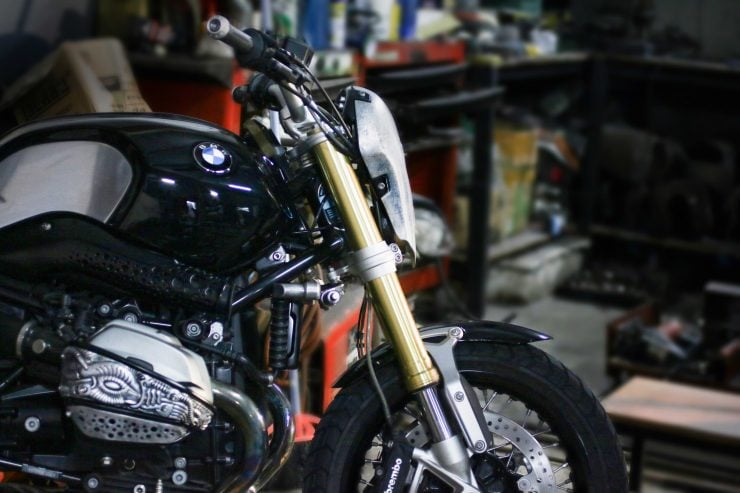 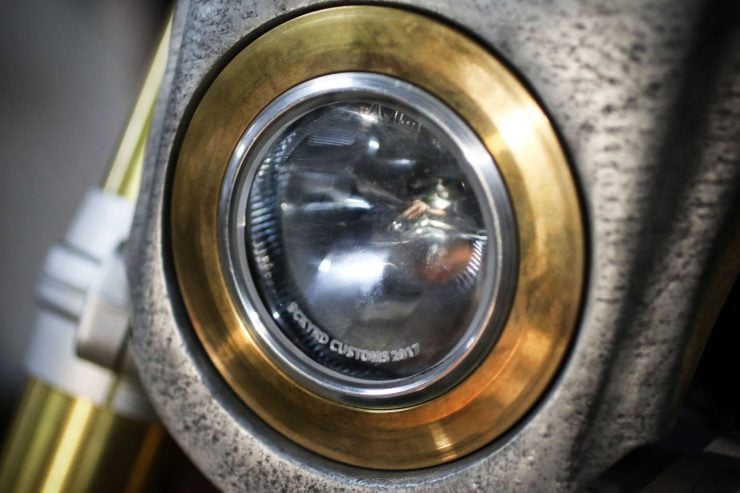 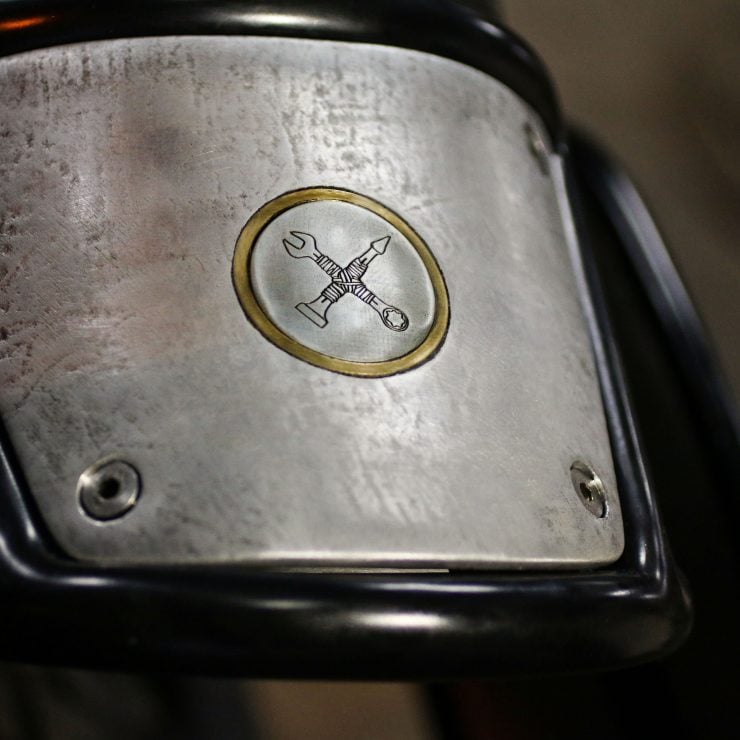 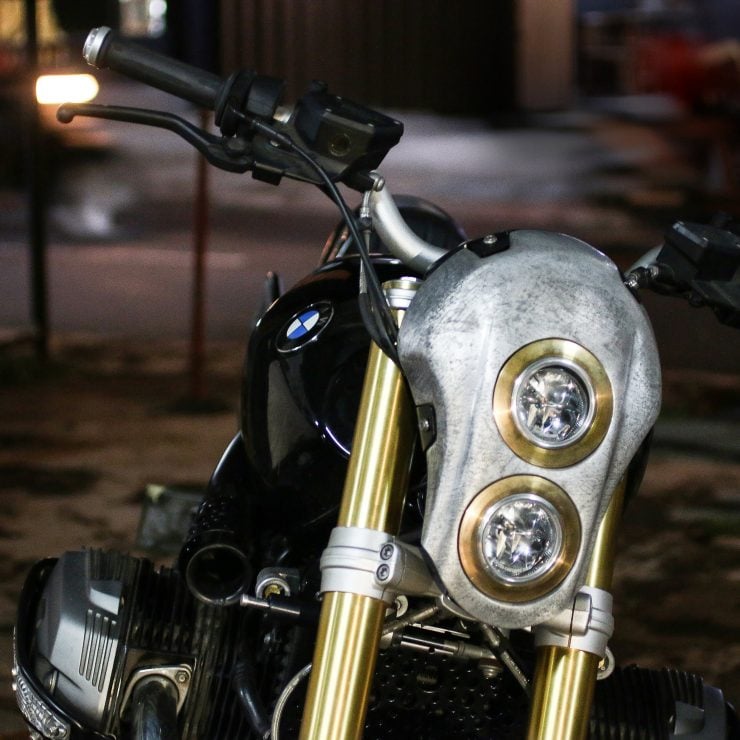 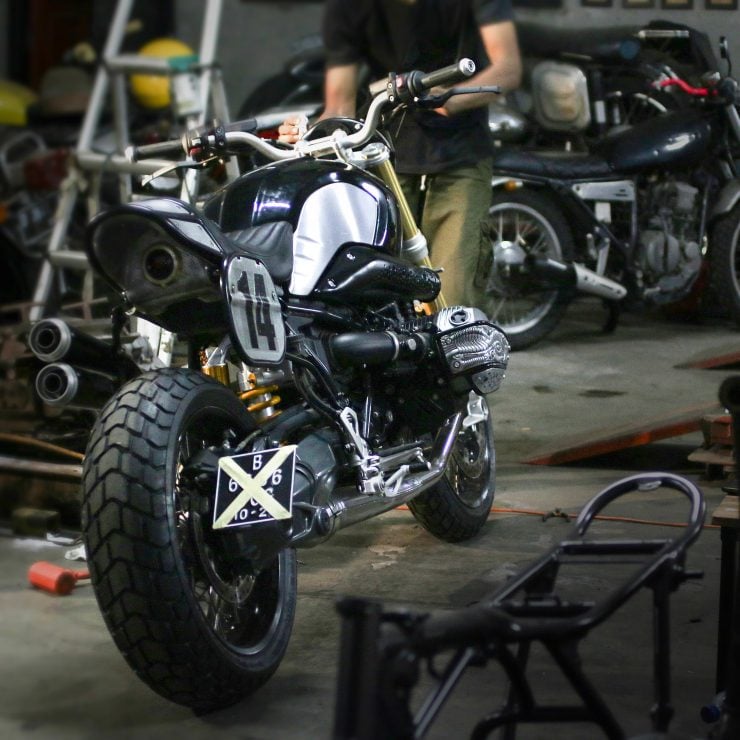 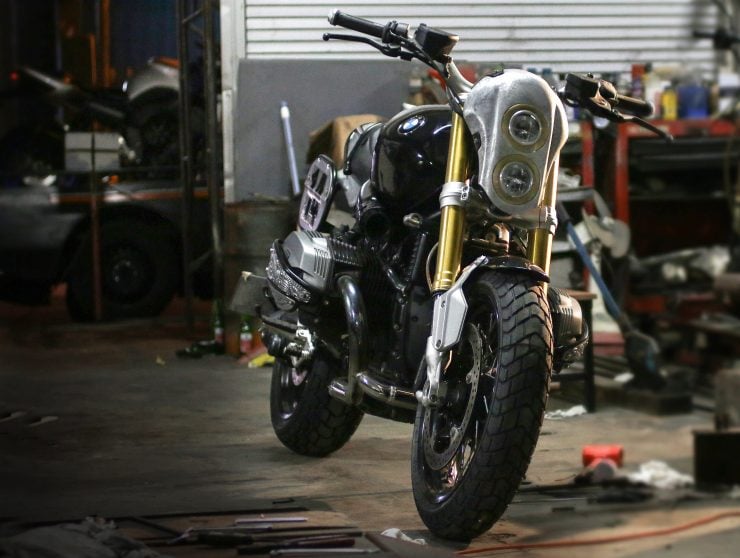 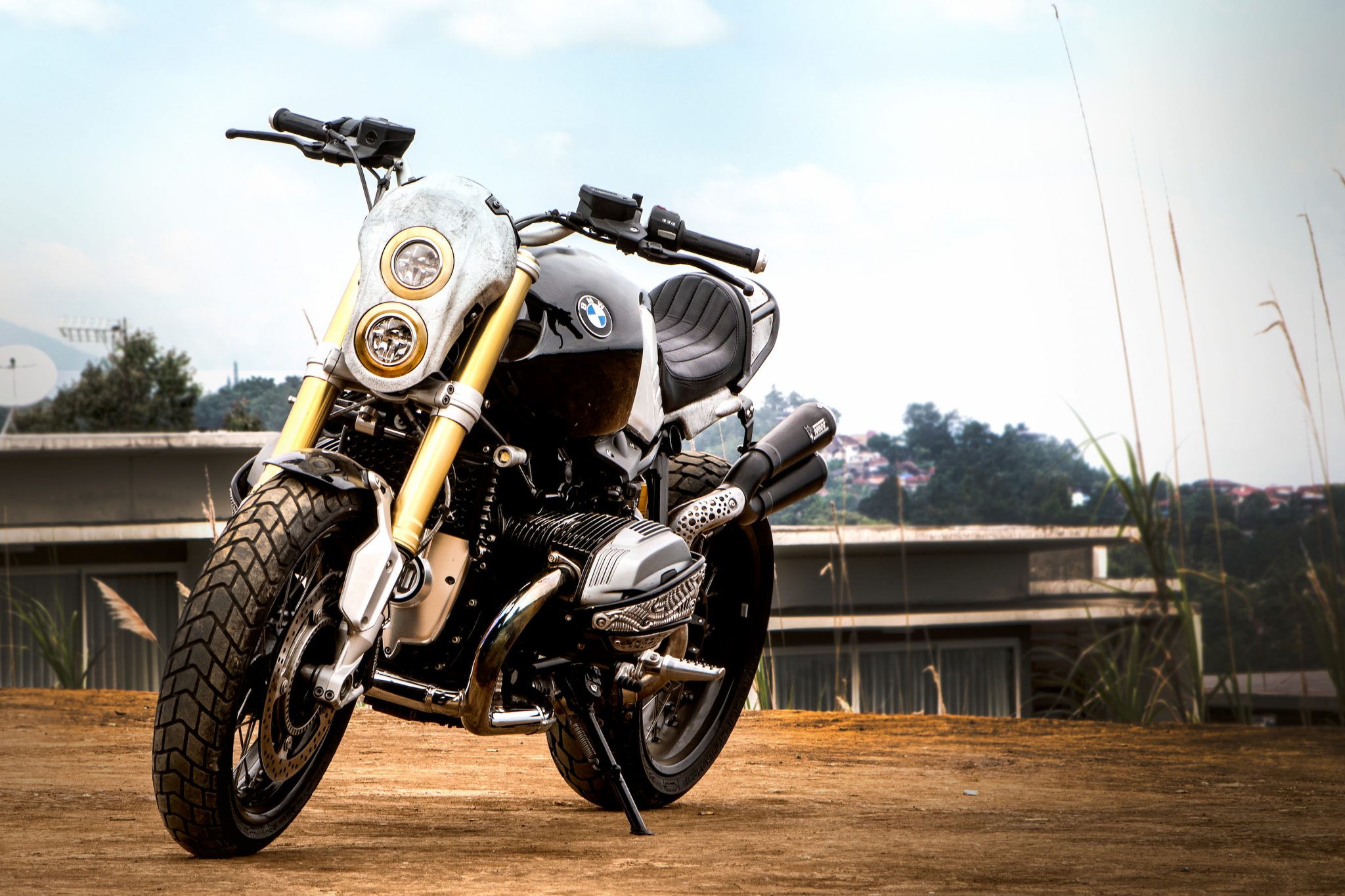