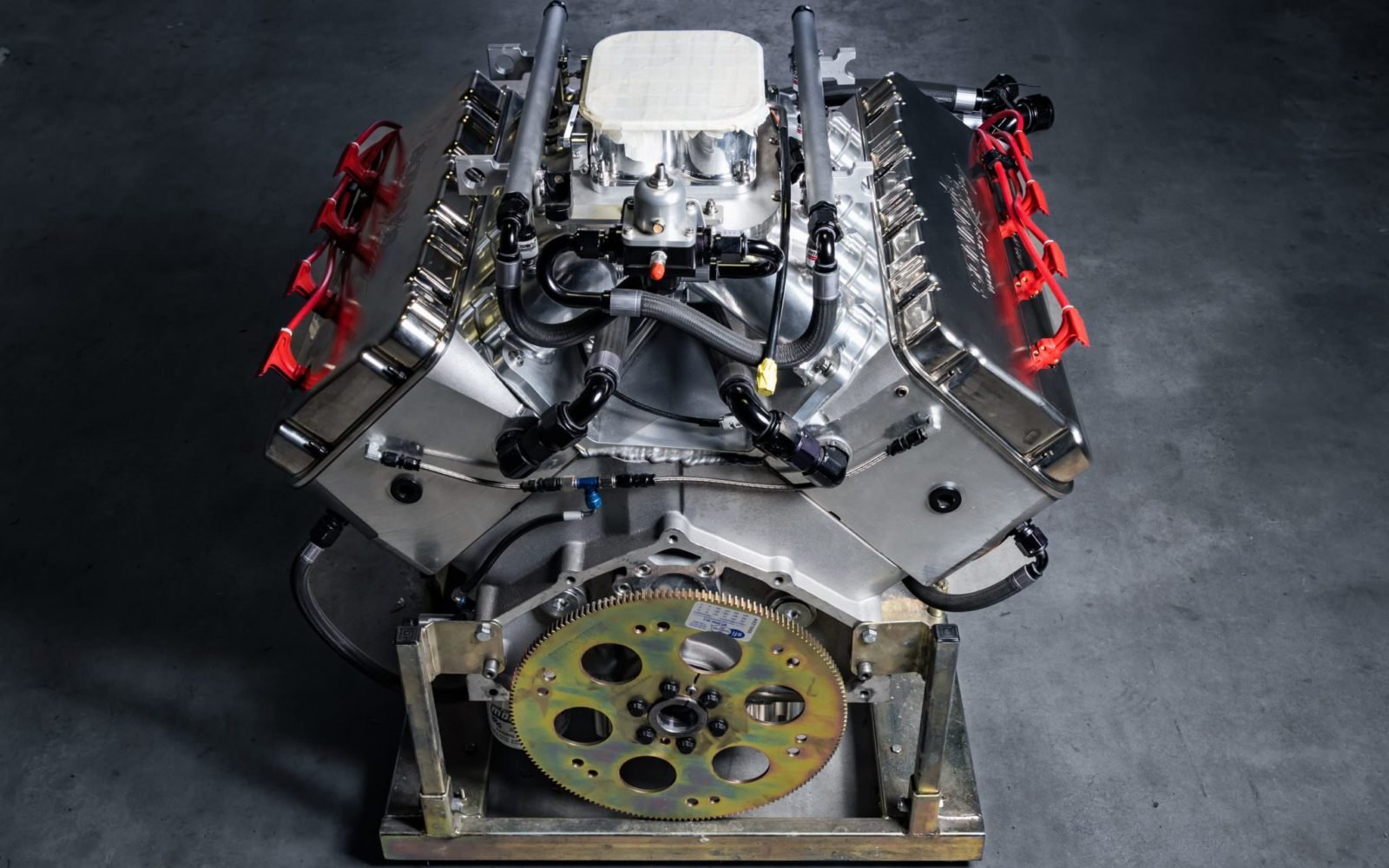 If there’s one thing Americans are good at, it’s going to excess. This engine is a great example of the phenomenon, it was developed and built by the team at Sonny’s Racing Engines (SRE) in Virginia, it runs on regular pump gas, and it makes 1,400 bhp.

This obscene power figure is possible for a few reasons, but perhaps mostly because of its 727 cubic inch displacement (11.9 liters) and the 54 years of engine building experience that the team at SRE has amassed since the company was founded by Sonny Leonard in Lynchburg, Virginia in 1968.

Above Video: This episode from Engine Builder hosted by Jacqui Van Ham talks in detail about the SRE 727 V8, and shows the team behind it.

Producing well over 1,000 bhp from a steet-able engine running on regular pump gas is no mean feat, just ask the engineers over at Bugatti, Koenigsegg, Hennessey, or Aston Martin.

Whereas the aforementioned companies all tend to lean towards wildly complex engineering to achieve their power outputs the team at SRE use a combination of tried-and-tested American V8 pushrod knowhow combined with cavernous displacement.

Each SRE 727 V8 has a Sonny/Brodix alloy block with a 1.0″ raised cam and special hi-flow water jackets for improved cooling. 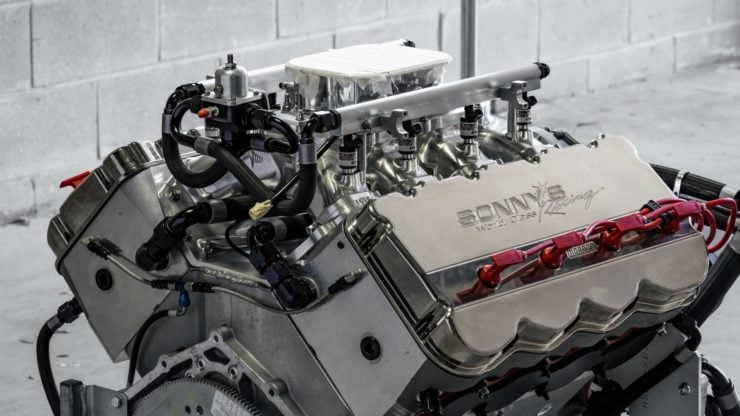 This SRE 727 V8 is fitted with electronic fuel injection as well as a power steering pump and even an air conditioning compressor – making it ideal for a street car application.

When ordering the engine new you can also opt for power steering and air conditioning, electronic fuel injection, and a four stage moroso dry sump oiling system. Current prices for a complete engine without any of the additionals is $57,400 USD, and the power produced by the SRE 727 has increased from 1,275 bhp, to 1,300 bhp, to 1,400 over the past few years as the design is further developed.

The engine you see here is from 2016, it’s never been used or even fitted to a car as the project that it was ordered for never came to fruition. As a result it’s been sitting in storage and the owner has now decided to sell it.

It’s now being sold on Bring A Trailer out of Wayne, New Jersey. It’s fitted with an Accufab throttle body, a power steering pump, and an air conditioning compressor, and it’s designed to run on regular 91-93 pump gasoline. 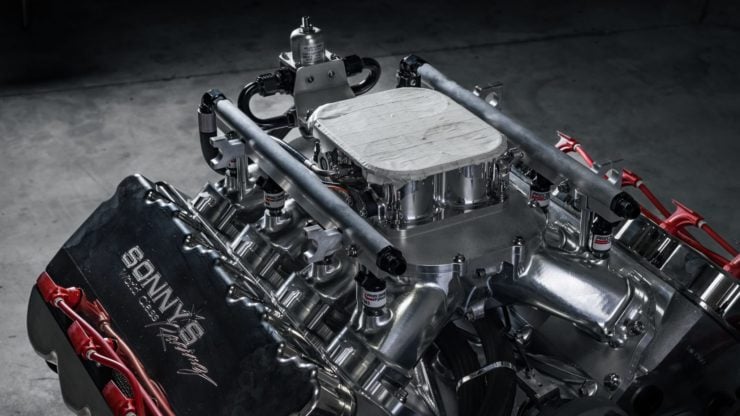 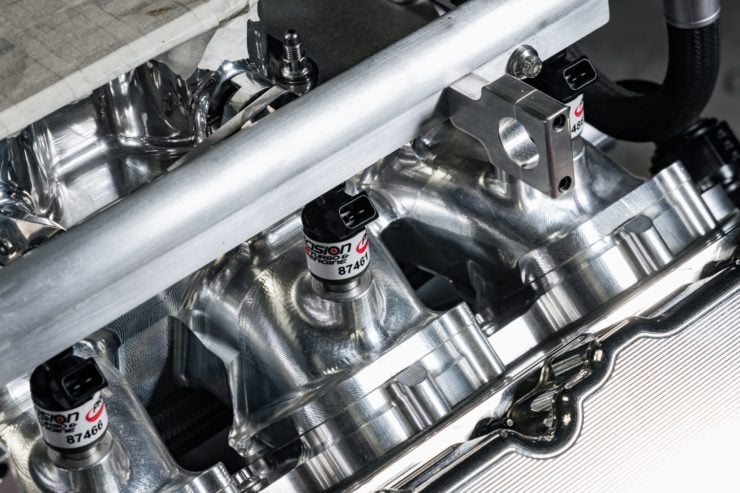 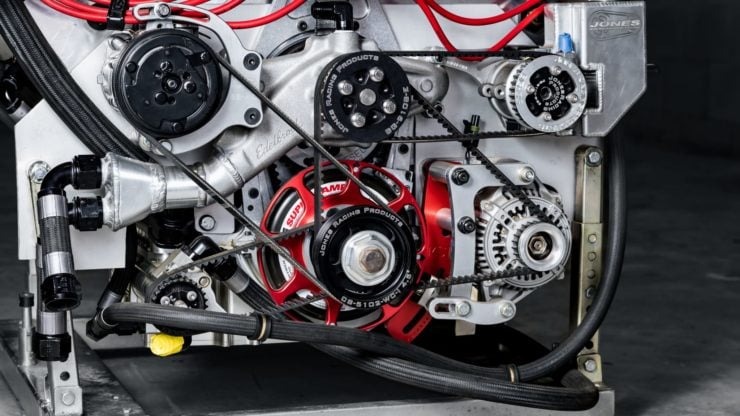 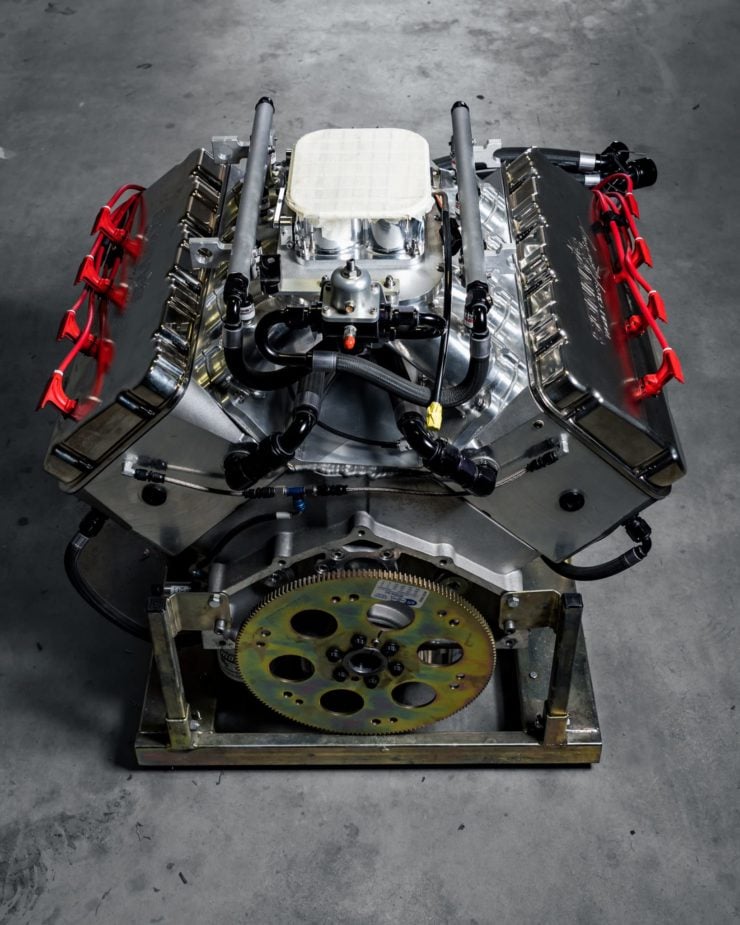 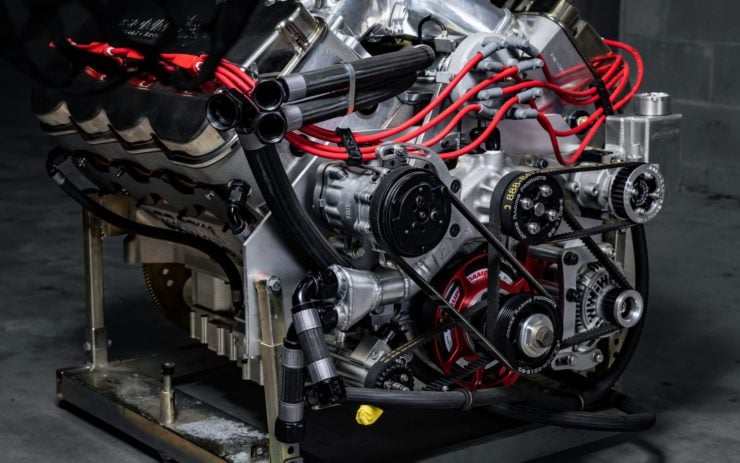 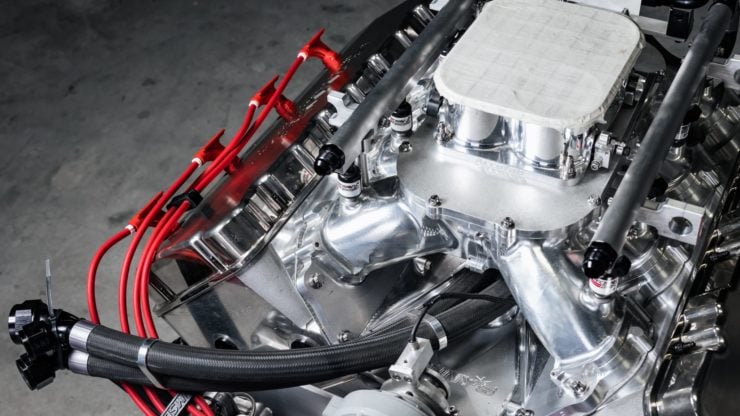 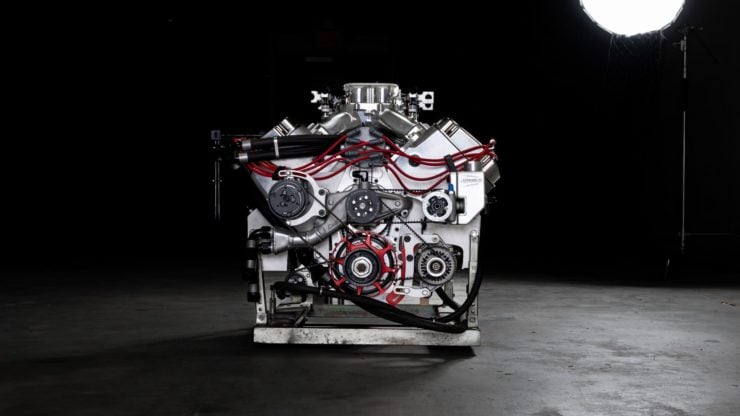 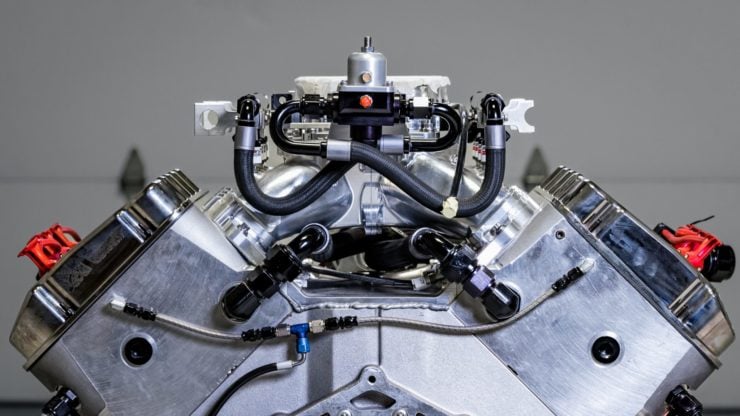 Facebook Twitter WhatsApp Reddit Email More This 1960 Douglas A-4 Skyhawk is currently being offered for sale for $995,000 USD, making it one of the most affordable fully-functional…