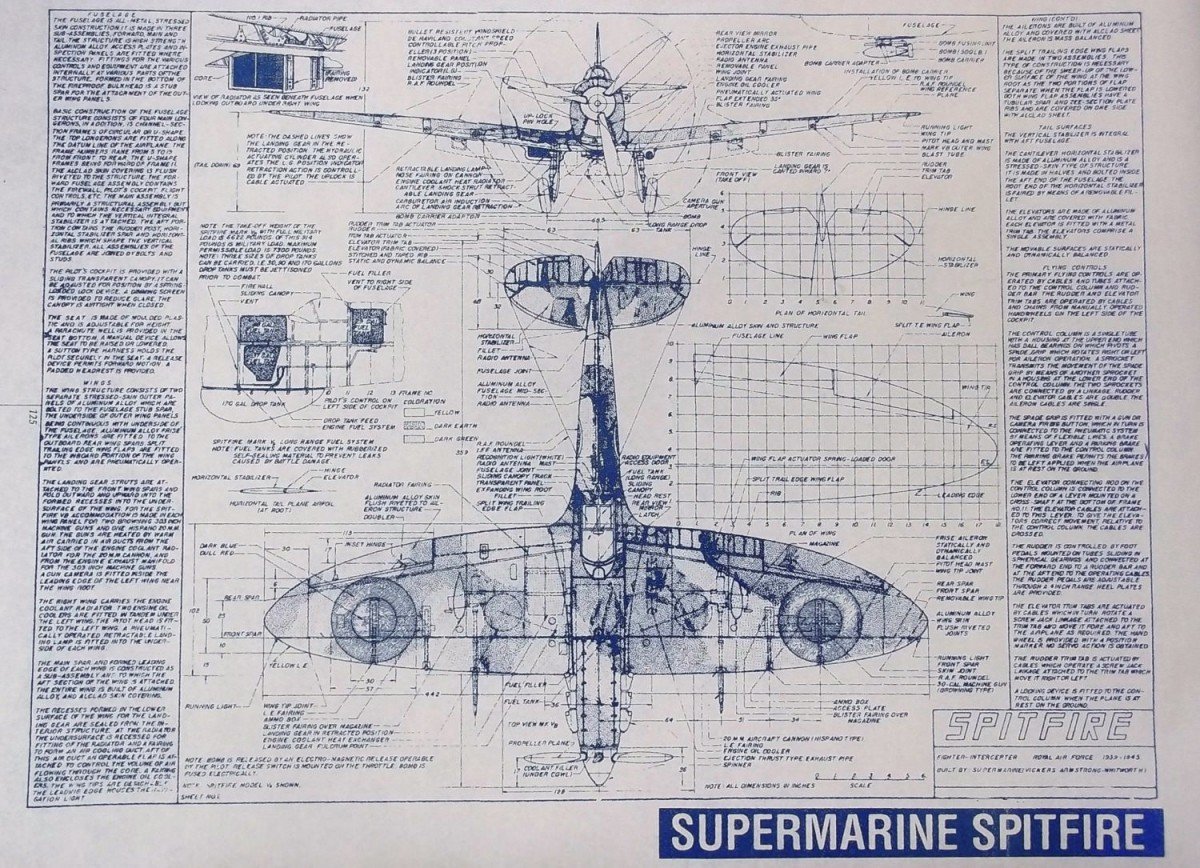 The beautiful Supermarine Spitfire blueprints you see here are made using the old fashioned method – ammonia activated paper on a traditional Diazit blueprint machine. Each measures 36″ x 24″ and includes a wealth of information about the iconic aircraft on either side of some nicely detailed illustrations, making it the perfect wall-piece for a garage, shed, man’s room or livingroom if you can sell the idea to your other half.

The blueprints are shipped worldwide in a thick cardboard tube, so you won’t have any creases to contend with, and they cost a rather reasonable $18.99 USD a piece.

This is the first 4K resolution scan of Master Hands, a film described as a classic capitalist realist drama showing the manufacture of Chevrolet automobiles from the foundry to the finished vehicles rolling out of the…