Spirit III Flat-Tracker by Spirit of the Seventies 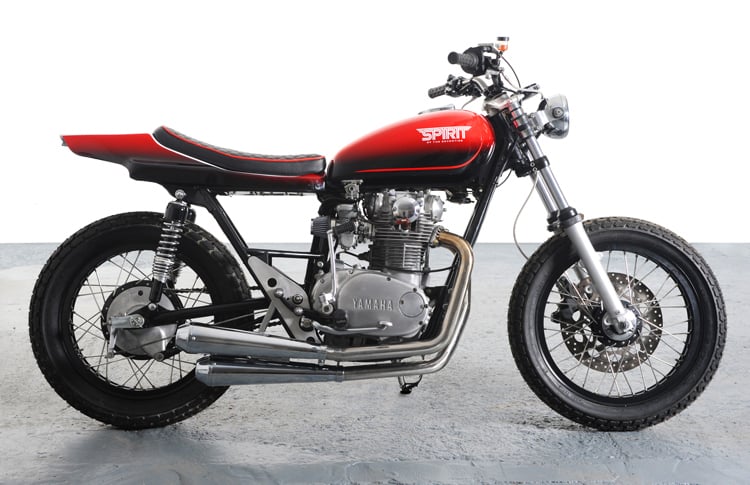 Spirit of the Seventies is a relatively new workshop based in England and if their first 3 bikes are anything to go by, we’ve got a new world-class garage on our hands.

The garage was started by Kev Taggart and Tim Rogers, two friends with decades of combined experience fixing, building and riding motorcycles. They’re based in Kent and welcome visits to the workshop for a look at the bikes and a cup of tea, going so far as to provide routes on their website for potential visitors, a nice “old-school” welcoming gesture that goes a long way.

This bike, the Spirit III, is based on a Yamaha ’78 XS 650 (a popular choice for custom garages) and has been heavily reworked with a shortened sub-frame, an R6 brake caliper with a FZR1000 floating disc, K+N air filers, Renthal bars and grips, handmade Spirit seat, the battery and electronics have been moved under the seat to clean up the centre area and the tank and tail are both hand-fabricated by Ken and Tim.

Personally, I’m a big fan of the flat-tracker style, and the Spirit III ticks all the right boxes. We’ll be keeping a close eye on Spirit of the Seventies and will bring you their future builds as they roll out of the garage. 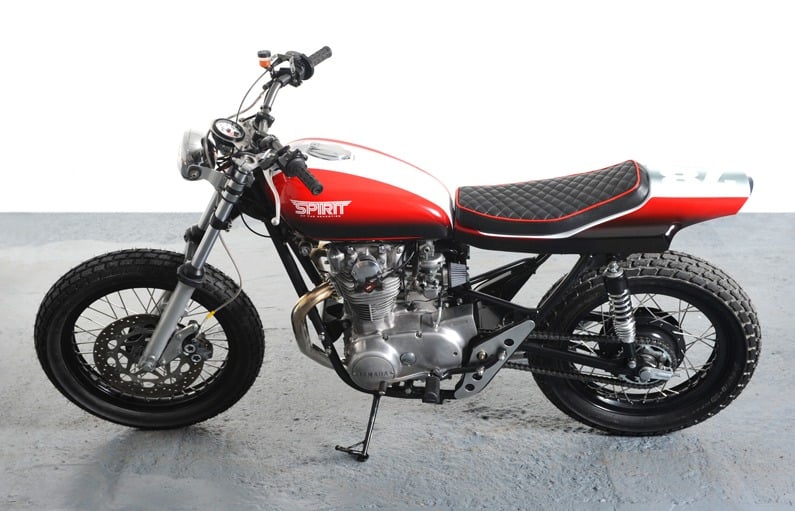 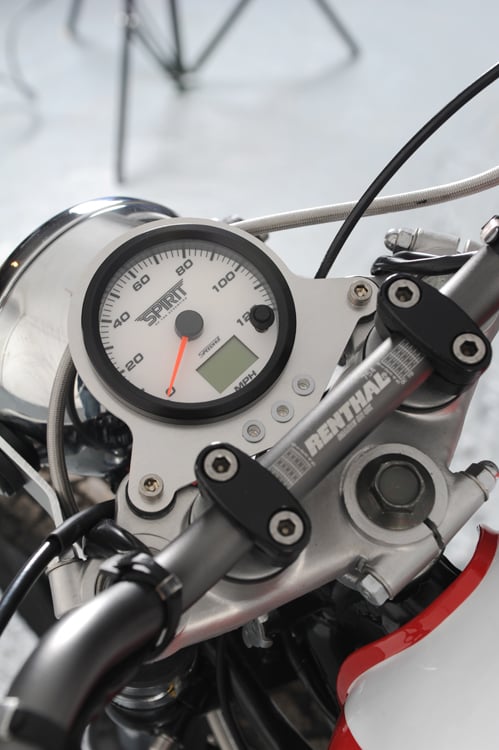 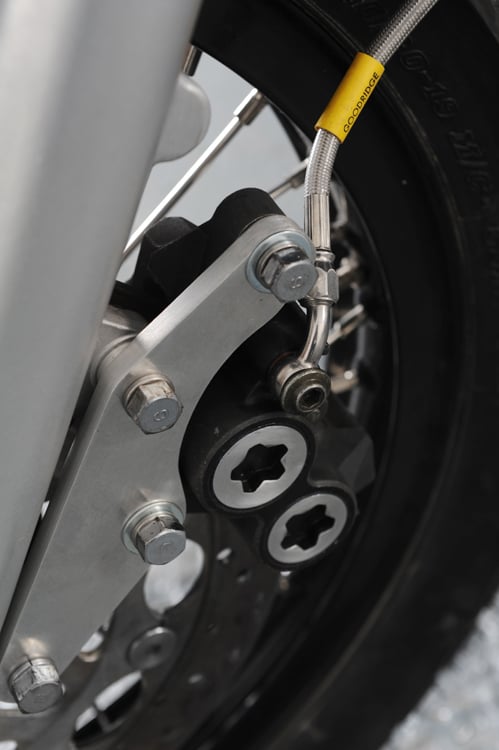 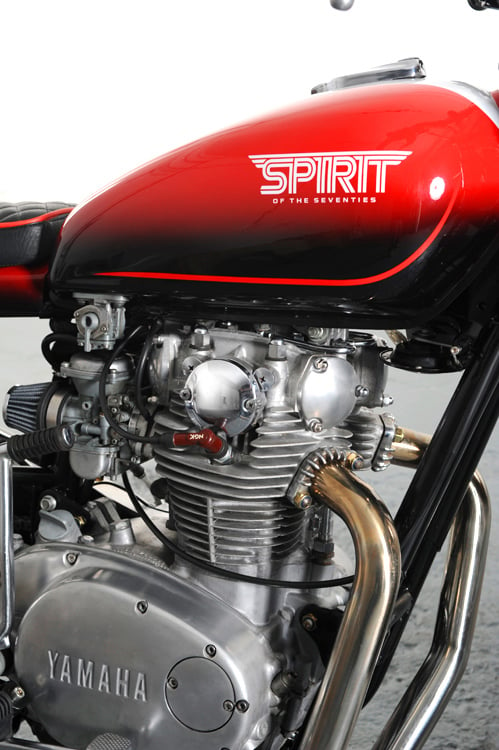 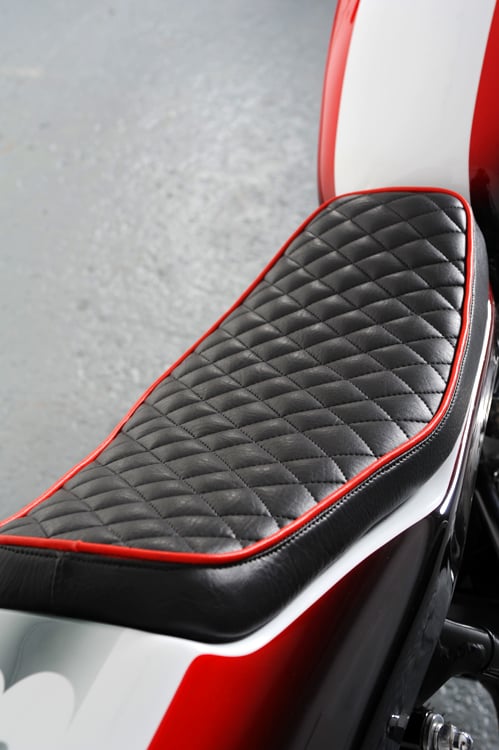 Via Spirit of the Seventies 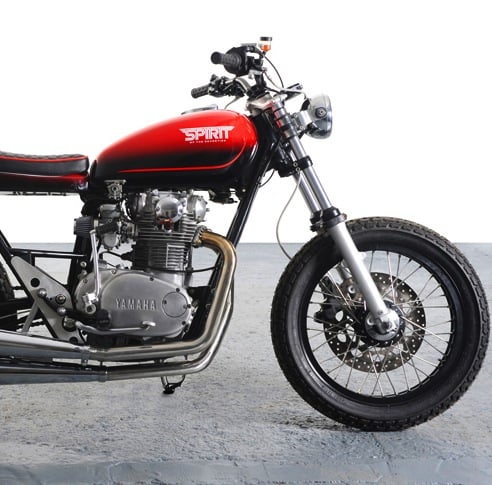