The Clubman 500 Superlight by McDeeb

There is something wonderfully ironic about an Italian company specialising in the building of classic British motorcycles. The Italians have so much home grown talent to choose from that working with British iron is an interesting choice. The workshop is run by Fabrizio Di Bella and it’s actual name is “Classic Farm Motorcycles” but due to the owner’s penchant for British bikes he was nicknamed “McDeeb”.

Working (mostly) with Royal Enfield bikes such as this one, McDeeb has garnered international attention for his tasteful, unique builds. This particular build, the “Clubman” is no exception. It started life as a 500cc Royal Enfield thumper before being worked over by McDeeb in every conceivable way. That stunning handmade Clubman tank sets the bike apart instantly and if you like adjustable suspension take a look at the spring set up on the rear of this bike. All you need is a spanner.

The bike weighs in at just 152 kgs, that’s pretty light for a classic, the single cylinder Royal Enfield power-plant puts out 32hp and 41.3Nm of torque at 4,500 rpm. All bikes are handbuilt by Fabrizio “McDeeb” Di Bella and each is individually numbered (as seen in the image below). 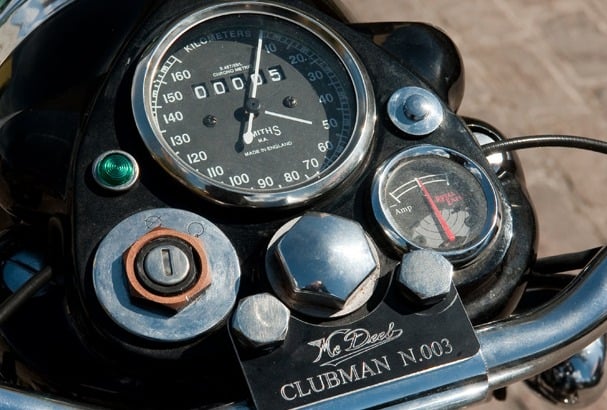 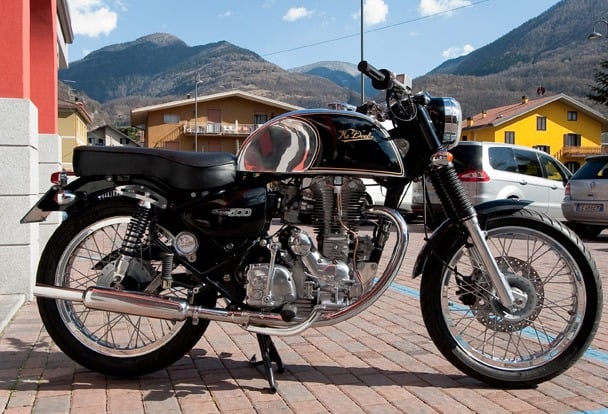 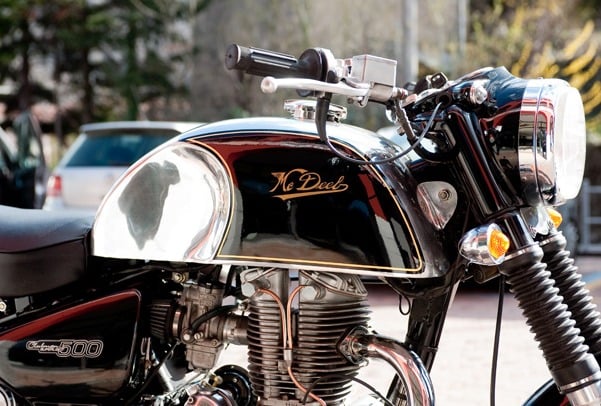 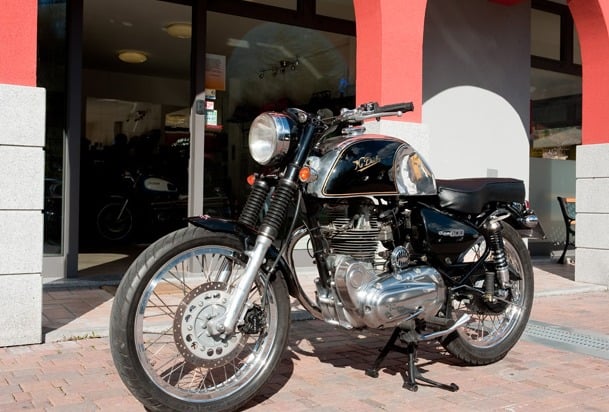 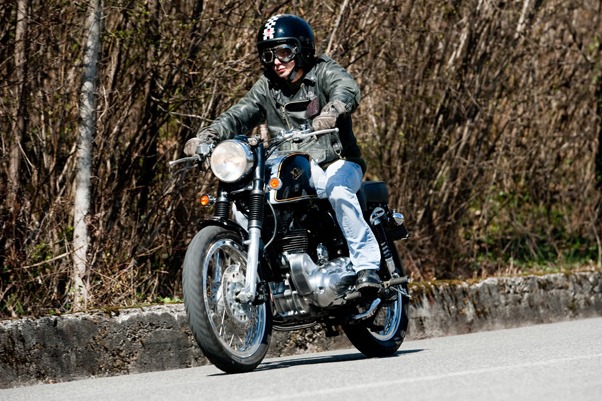 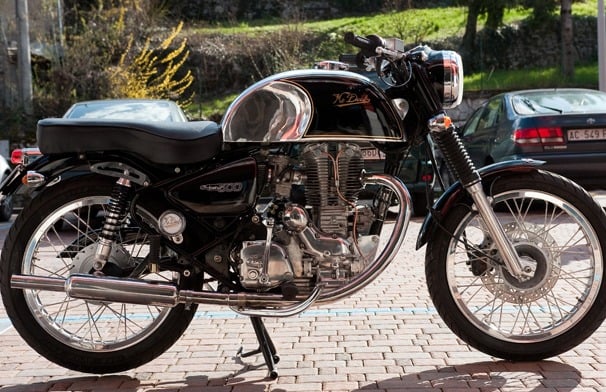 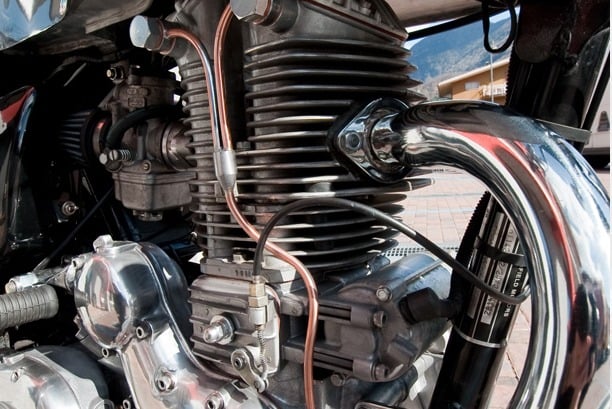