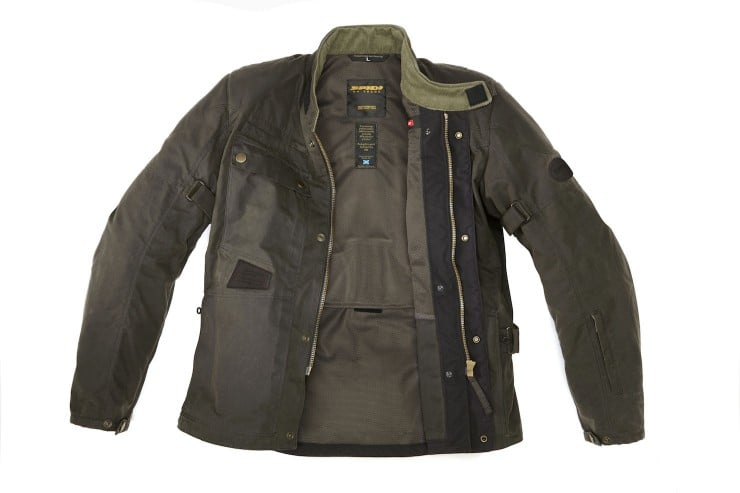 The new-for-2014 Spidi Worker Wax Motorcycle Jacket is an interesting meld of very old and very new technologies designed to solve the same problem that people have been facing since the dawn of the garment creation business – how to you waterproof material while ensuring it’s still breathable?

Waxed cotton/canvas has been used for hundreds of years and companies like Halley Stevenson who have been producing waxed cotton material in Scotland since 1864 have become exceedingly good at it. This is why Spidi, the Italian motorcycle gear manufacturer, tapped Halley Stevenson to be the sole supplier of waxed cotton for their new jacket. The brief that was given to the designers was to create a jacket that would be suitable for an autumn trip from London via Paris and Munich to Rome. It had to be waterproof, breathable, suitable for both warmer and cooler temperatures and comfortable.

The designers settled on creating a jacket with two removable inserts, one for additional waterproofing and one for additional warmth, these layers can be used together or individually as required. With a hat tip to modern safety standards the jacket was also designed with (EN1621-1 certified) Forcetech protectors in the shoulders and elbows, it can also be fitted with the Spidi Back Warrior back protector (certified EN1621-2) and Spidi Chest and Thorax Warrior protectors (certified prEN1621-3). 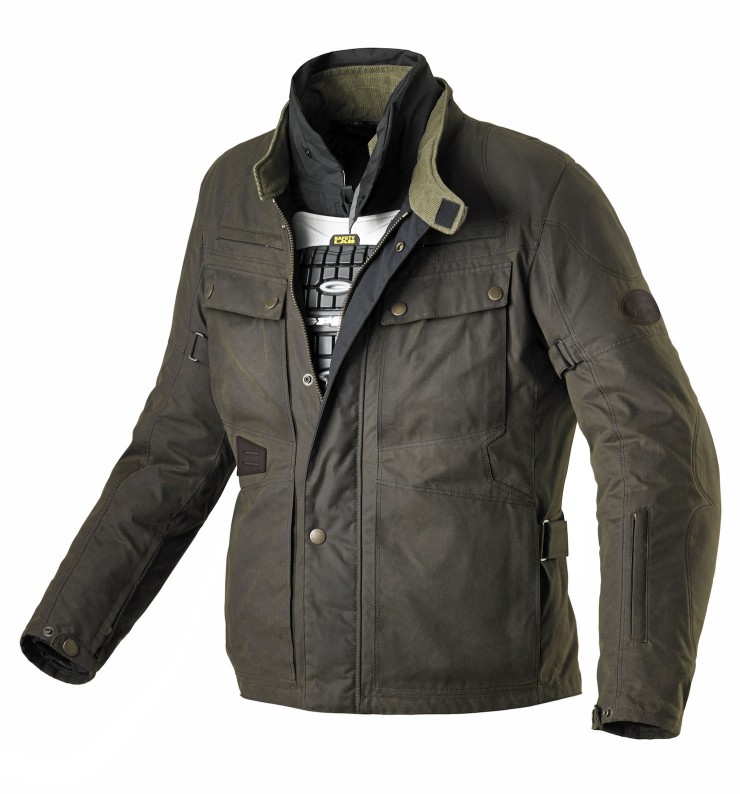 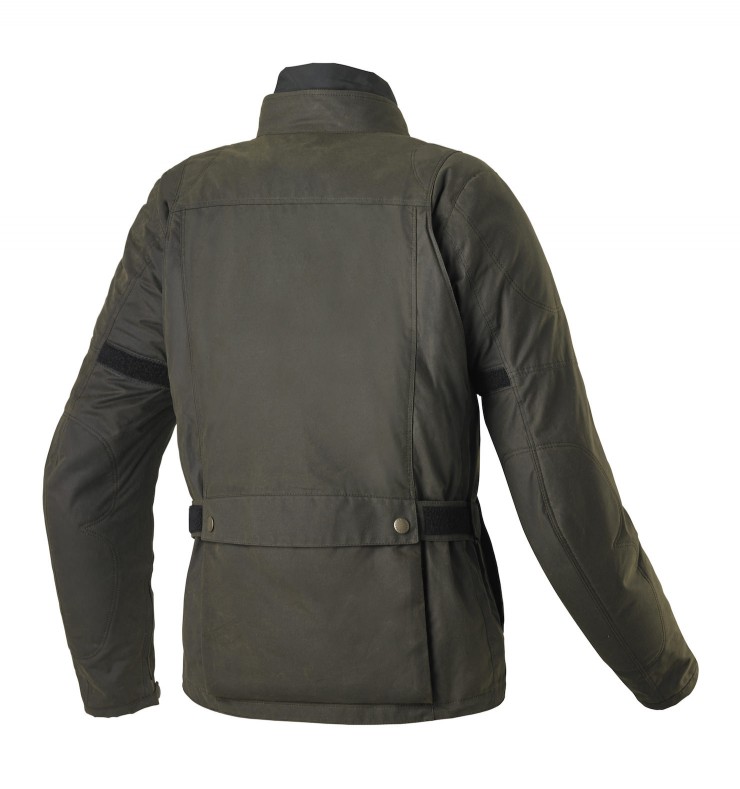 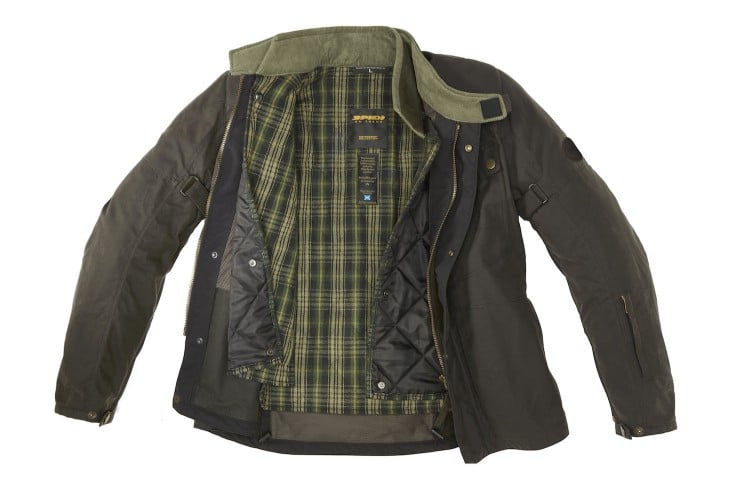 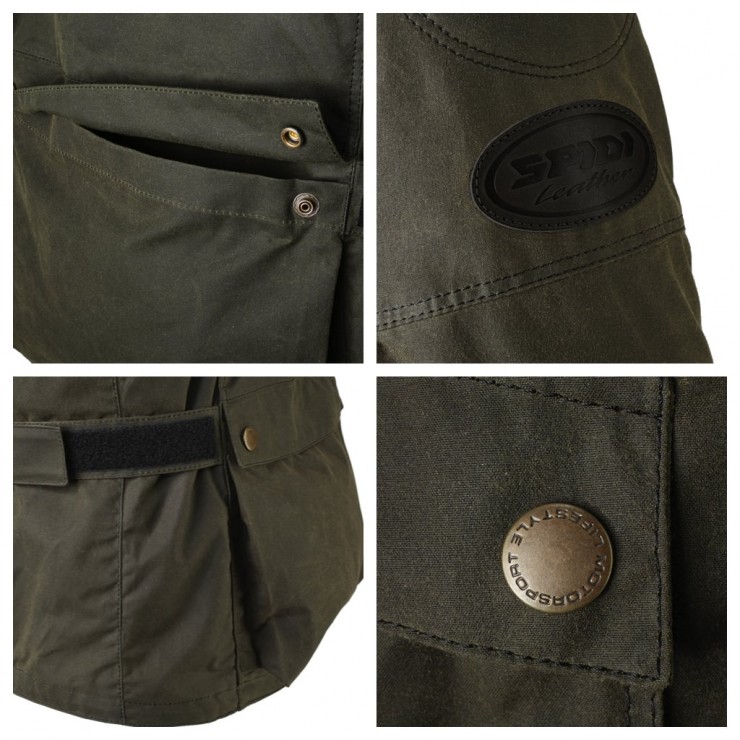 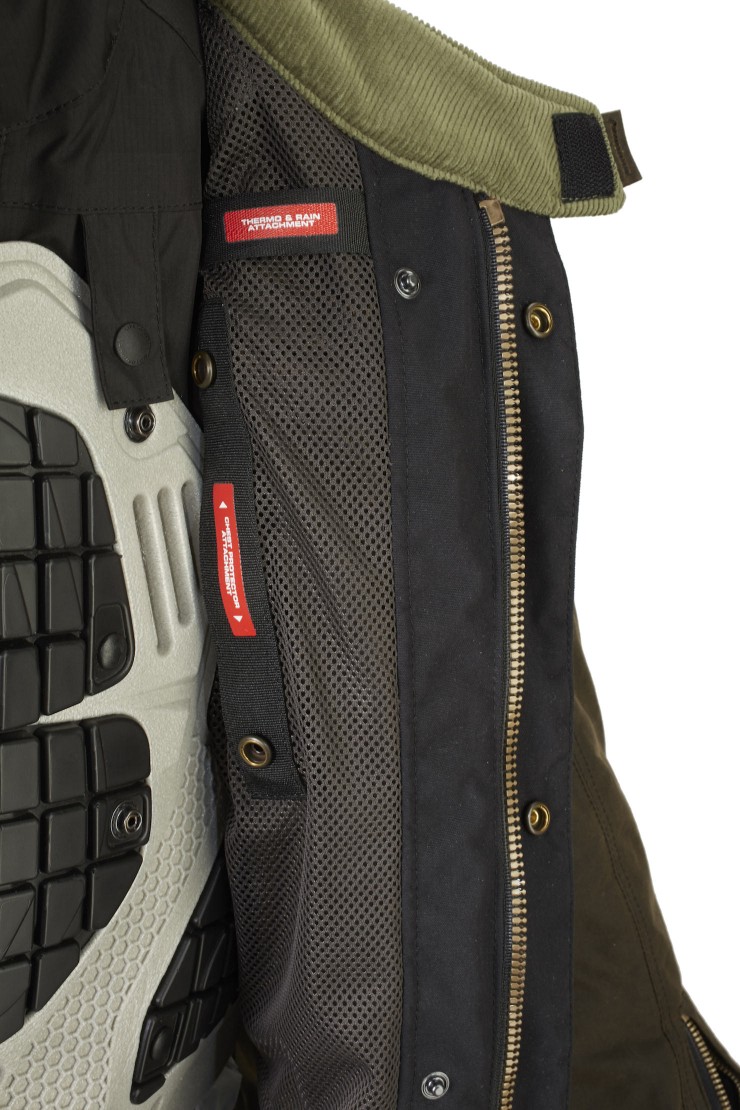 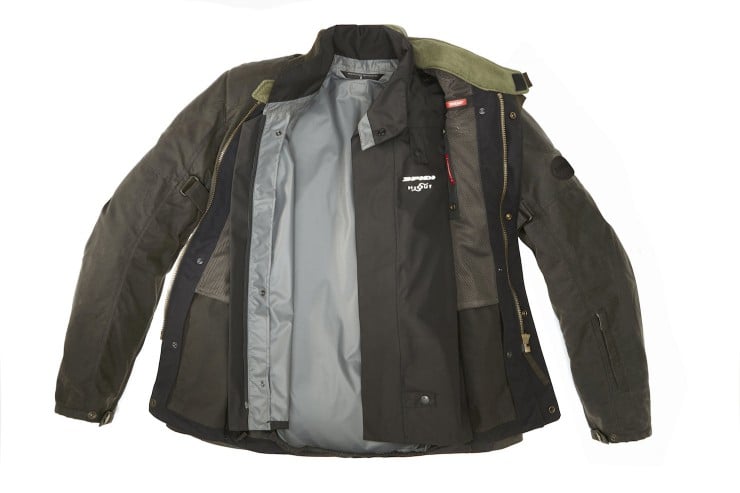 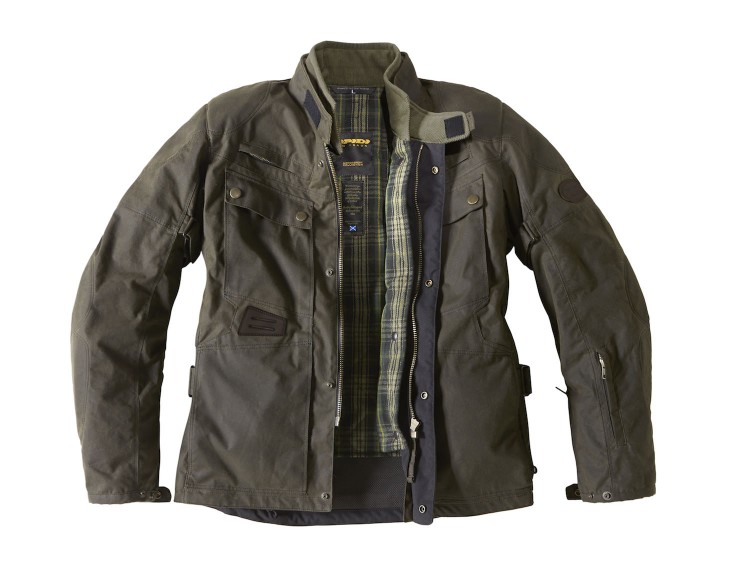