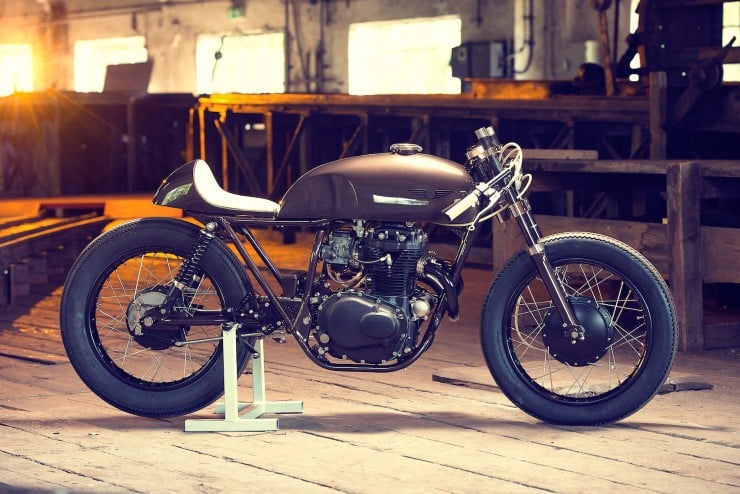 This custom Honda CB250 by Exesor Motorcycles is one of the most well engineered parts-bin specials we’ve ever seen here on Silodrome. It’s fitted with a Honda CB360 engine that’s been bored out to 390cc, it has the swing-arm from a Honda CB400F, a Honda CL360 exhaust header, the front drum from a CB250K0, the rear drum from a CB250G and rear sets from a Suzuki Bandit 600.

The bike is the brainchild of Christian, a 38 year old Austrian tinkerer who builds motorcycles in his spare time. He prides himself on engineering as many of the components on his bikes as he can, he recently taught himself AutoCAD so he could design parts on his computer and have them milled by a local CNC machinist.

He found the beginnings of the motorcycle you see here on eBay, it was a 1976 CB250 and the seller was asking for €250 – the price was low due to the fact that it was in appalling condition. This didn’t bother Christian too much as he knew that he only needed a few elements from the bike for the project, the rest would be sold on or stored in the “one day” pile.

The only rule Christian gave himself before beginning the build was that not a single part of the finished bike would be chrome plated. Instead he opted for nickel plating, black chrome galvanising or bare stainless steel.

One of the more stand-out features on this build has to be that custom CNC milled triple tree, it was designed by Christian to take a digital speedometer – a fantastic design touch that has the added benefit of removing the need for dial or gauges on the handlebars.

All photographs courtesy of the talented David Joseph Matl. 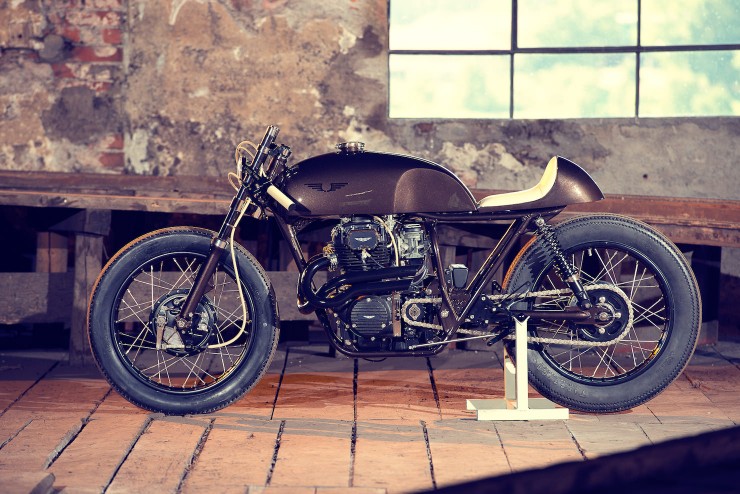 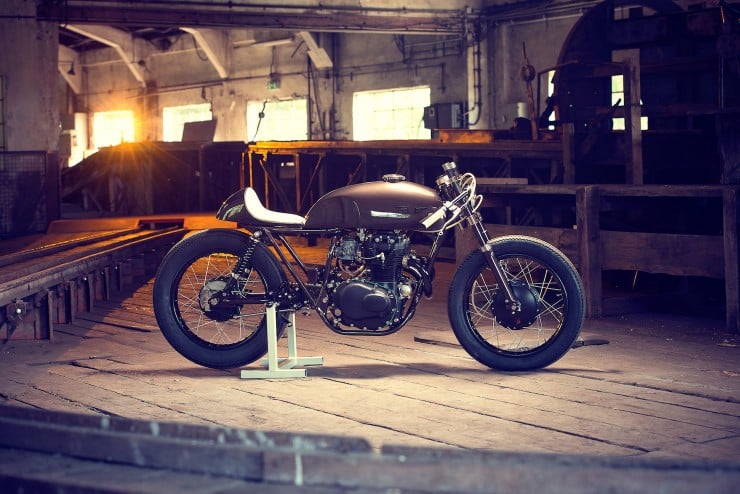 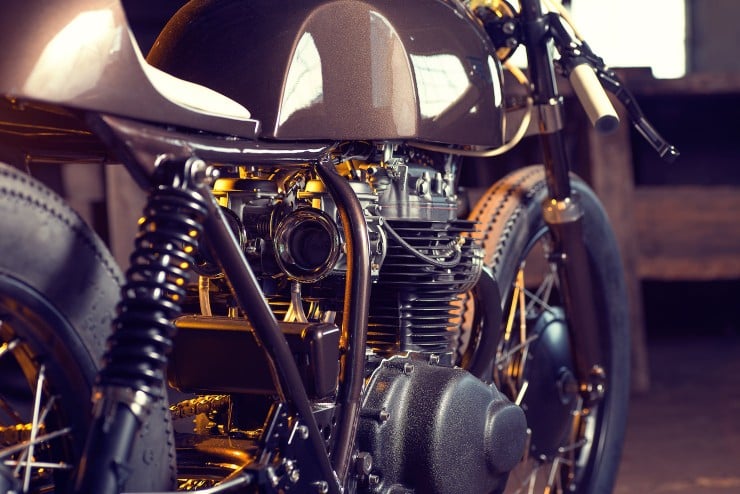 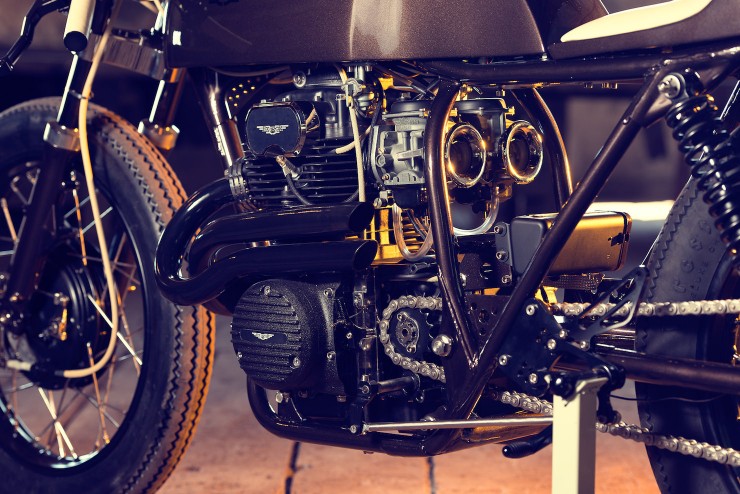 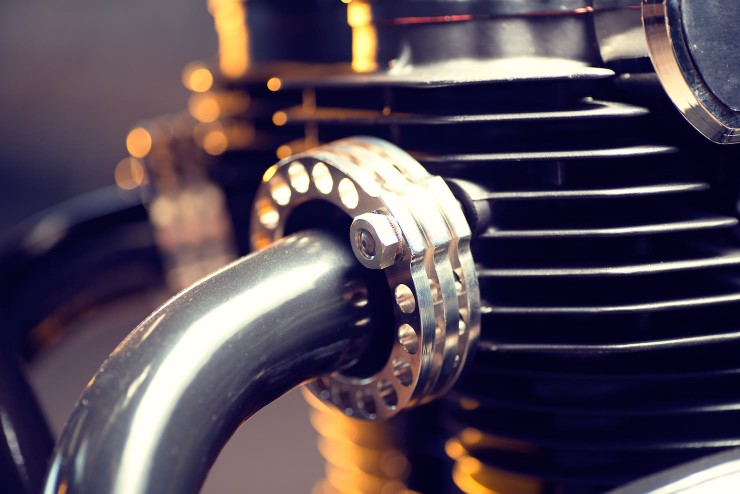 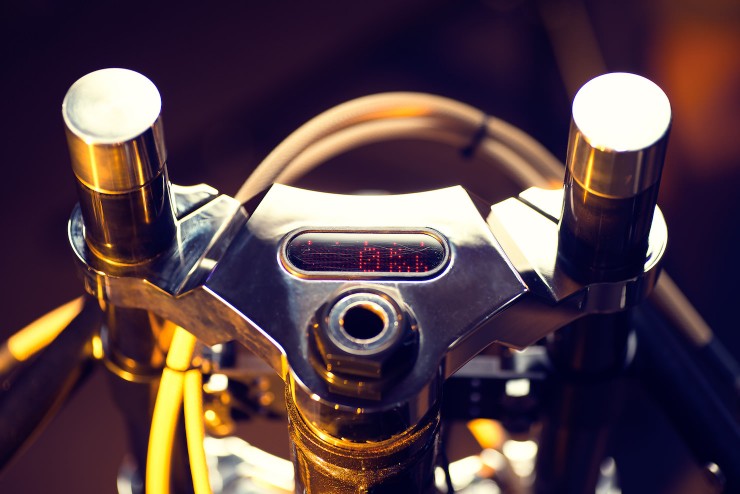 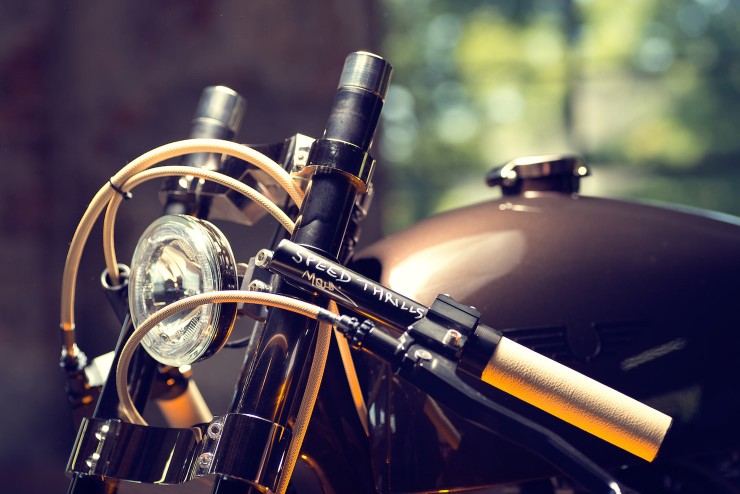 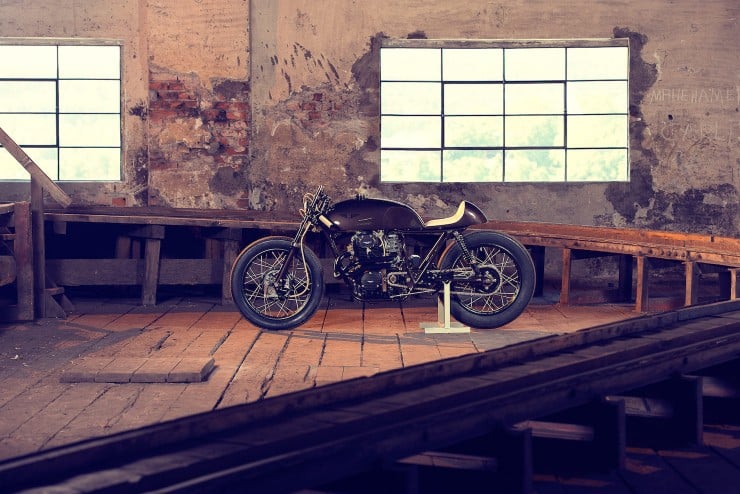 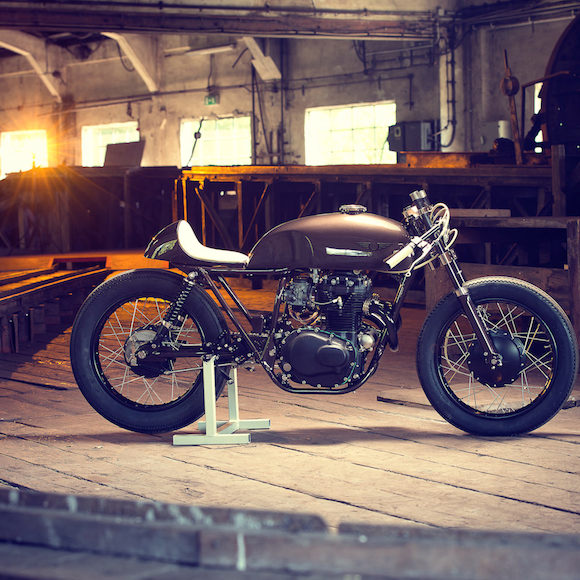