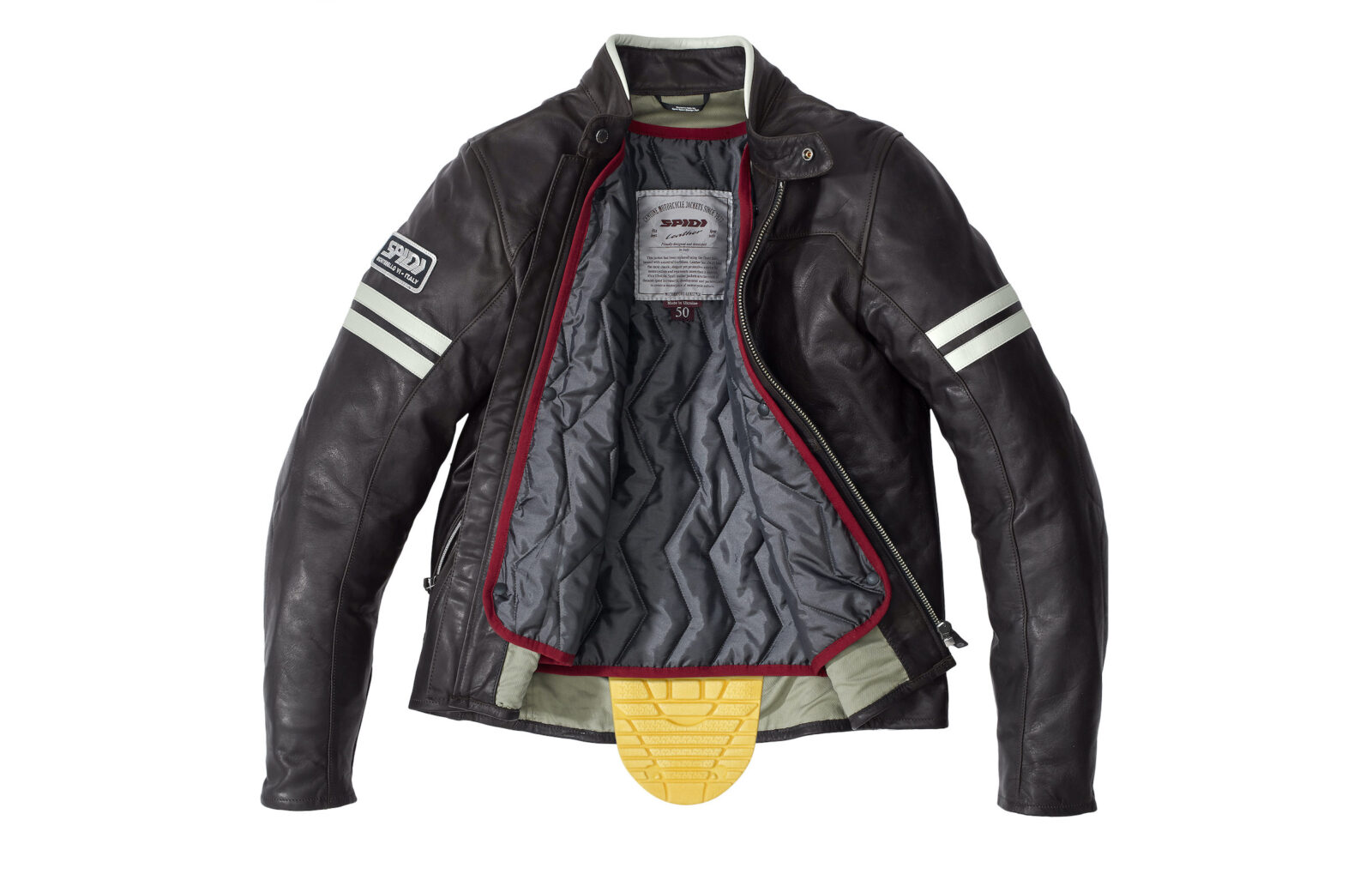 The Spidi Vintage leather jacket is a new design from the Italian company that was developed to offer full modern protection, whilst being styled classically so it wouldn’t look at all out of place if it was worn in any of the last 8 decades.

Spidi started making motorcycle gear all the way back in 1977, enjoying their first moment in the global spotlight when “King” Kenny Roberts won the 1979 500cc World Championship wearing their gloves.

In the decades since Spidi has grown to become one of the world’s leading motorcycle apparel makers, known for good quality, long-lasting gear.

This jacket has a primary chassis of 1.0 to 1.2 mm thick premium Italian waxed leather, with a natural cotton lining for comfort, and a removable quilted waistcoat with hollow fibre 80 gr. insulation.

The Spidi Vintage is CE prEN 17092-2:2017 Class AA certified and it comes with removable Warrior Lite protectors (certified En1621-1 level 1) in the shoulders and elbows, it also has a pocket for an optional level 1 or level 2 Warrior back protector which is sold separately.

There are zippered hand-warmer pockets in the front, the main closure is by heavy duty zipper,, and there’s a press stud at the top to keep the collar securely fastened. 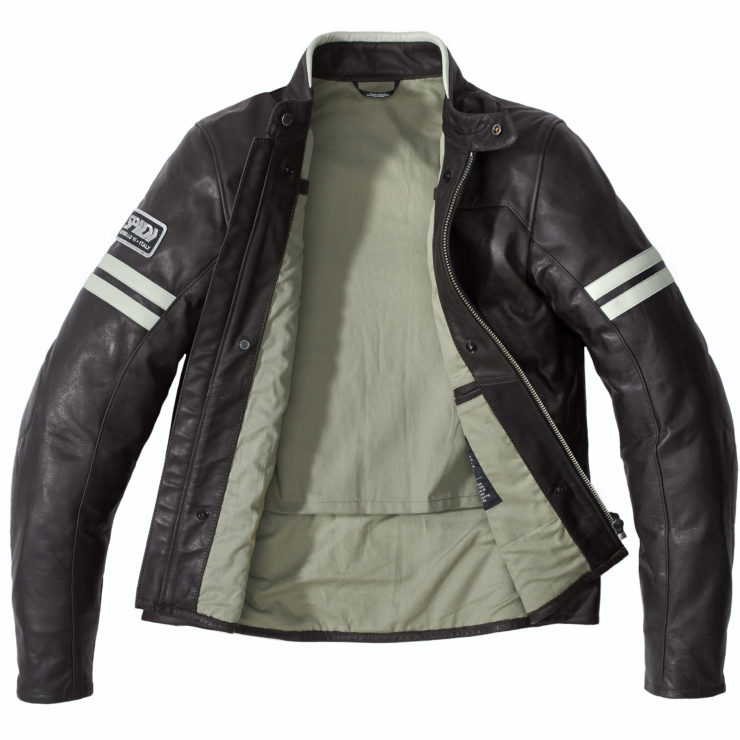 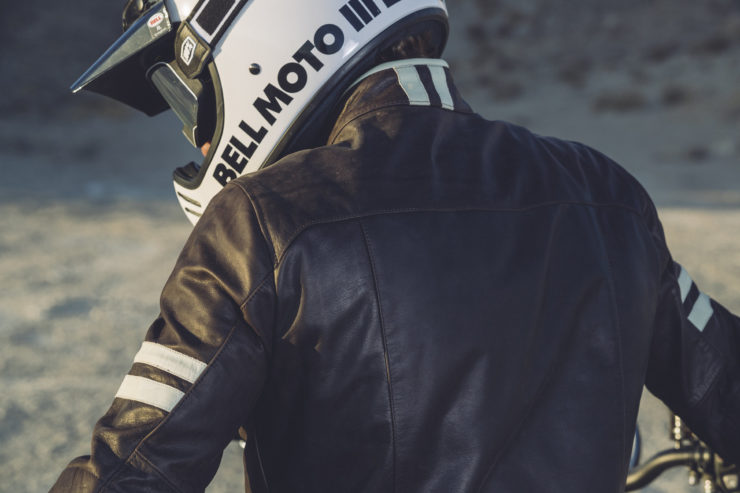 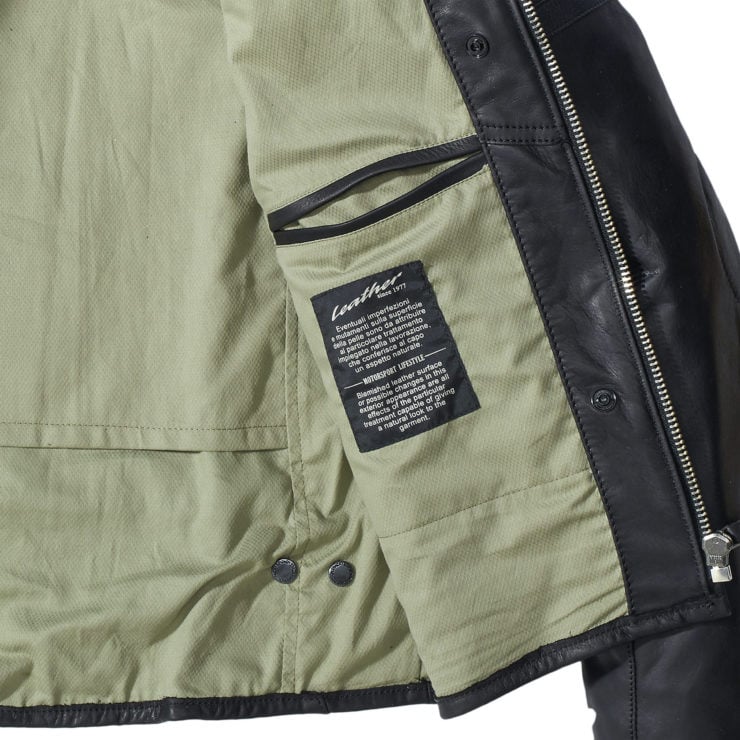