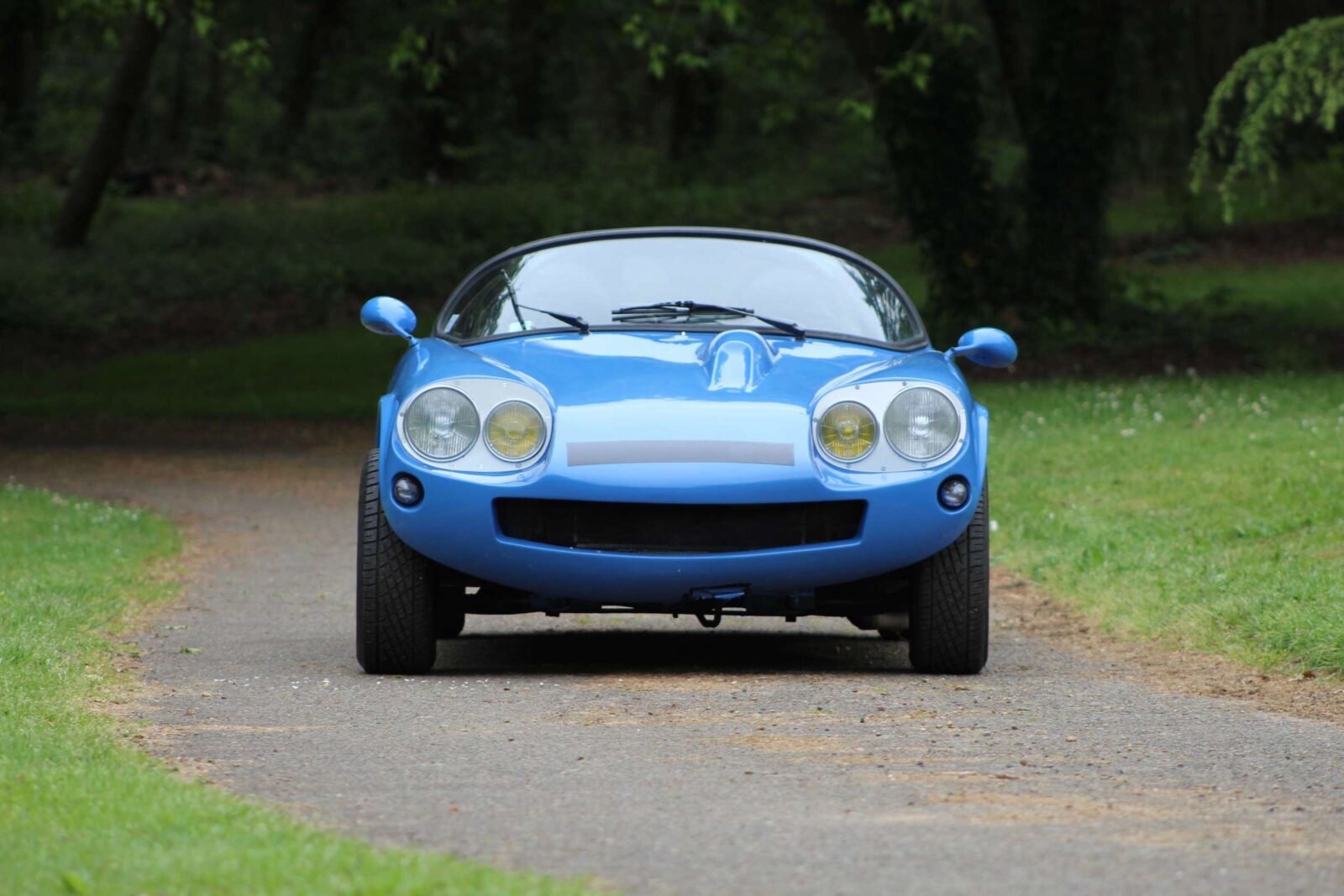 Sovam, short for SOciété des Véhicules André Morin, is a French company best known for making airport utility vehicles and delivery trucks – but in the 1960s they delved headlong into the world of sports car manufacturing.

Not unlike fellow French boutique cars makers Alpine, Sovam set about designing their car around Renault components, with a bespoke fiberglass body. The company was well-versed in the design and construction of fiberglass bodies on their industrial vehicles, so all they needed was a designer – which they found in Jacques Durand.

Durand was a well-known designer in France, he’d been designing small sports cars with fiberglass bodies since the 1950s, so he was a perfect fit for Sovam.

The first Durand-designed car for the company appeared at the Paris Motor Show in October 1964, it was the Sovam 850VS, with the 850 denoting the (approximate) engine capacity, and the “VS” an abbreviation of “Voiture de Sport”.

The 850VS was based on Renault 4 running gear including chassis, 45 hp engine, gearbox, suspension and brakes. The windshield was sourced from the Renault Floride, though it was flipped upside down before installation. The car wasn’t fast, but it was relatively inexpensive, and the company eventually sold 62 of them. 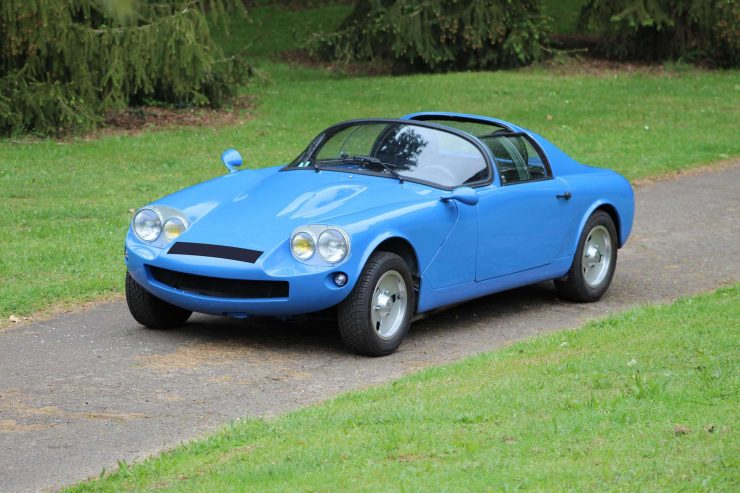 It was in 1966 that the company released their most popular model – the Sovam 1100VS. As the model number suggests, it was fitted with a new, larger engine – the 1108cc Renault Cléon-Fonte engine producing 65 hp, a 20 hp gain on its forebear.

This new engine gave the 570 kilogram car some genuine sporting credentials, although certainly not fast by today’s standards, the little French Sovam was capable of 105 mph.

A 1100VS was driven by Maïté Patoux in the 1967 “Rallye National d’Automne” in La Rochelle – where she was 1st in the women’s class. Maurice Barros drove a 1100VS in the Critérium des Maures, the Rallye des Roses, and the Rallye du Vaucluse in the same year. Over the course of its relatively short 1966 to 1968 lifespan, 77 examples of the Sovam 1100VS were built, and today they’re collectible due to their unusual nature and their rarity.

In 1967 the Sovam 1300GS was released, and although it proved quick thanks to its 103 hp engine, it sold in relatively low numbers – just 6 are thought to have been built. 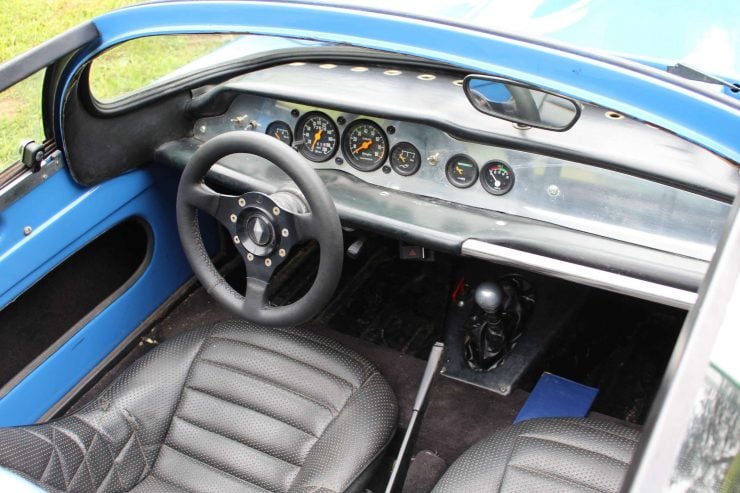 The car you see here is a 1966 1100VS that’s been retrofitted with a more powerful 1.4 liter Renault Cléon-Fonte engine – boosting performance over the original 1300VS.

As a French car there’s no color more suitable than blue, and the current owner has made a few minor modifications to make it more sporting, including the installation of twin roll hoops with head rests, a sports steering wheel, upgraded instrumentation, and a redone electrical harness.

The Sovam is now due to be sold by Artcurial on the 7th of July with an estimated hammer price of between €8,000 and €12,000 – making it potentially a great little buy for someone looking for a vintage weekend sports car that’ll mystify almost all who see it. 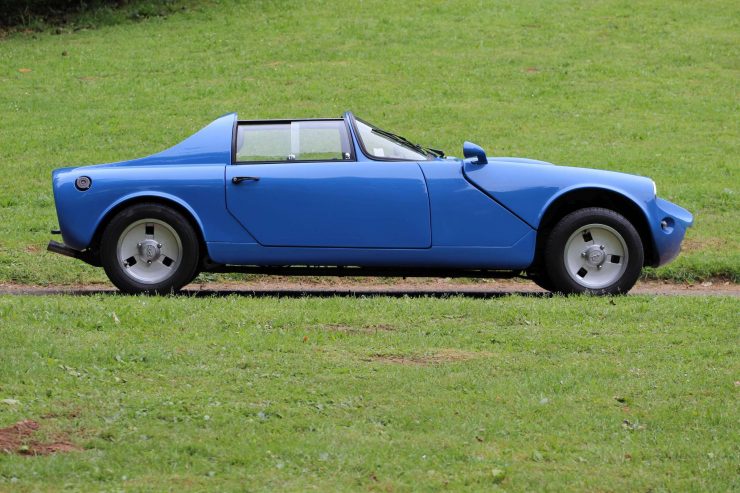 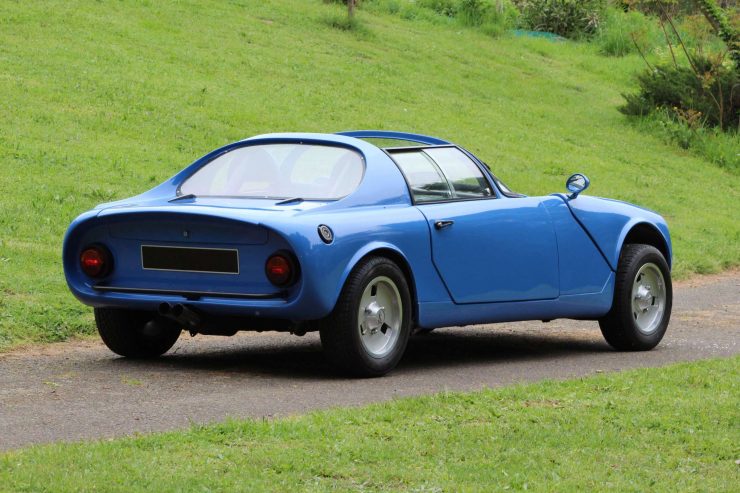 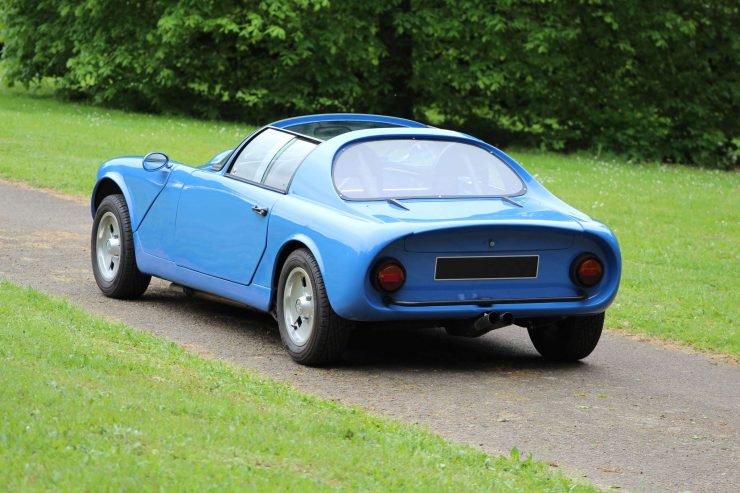 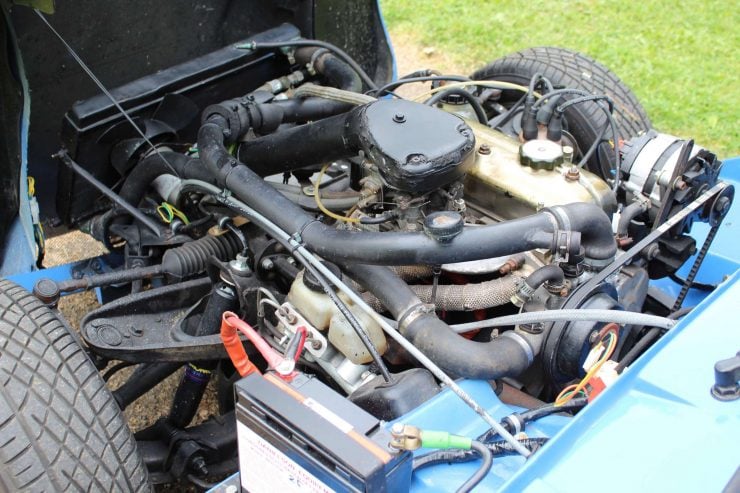 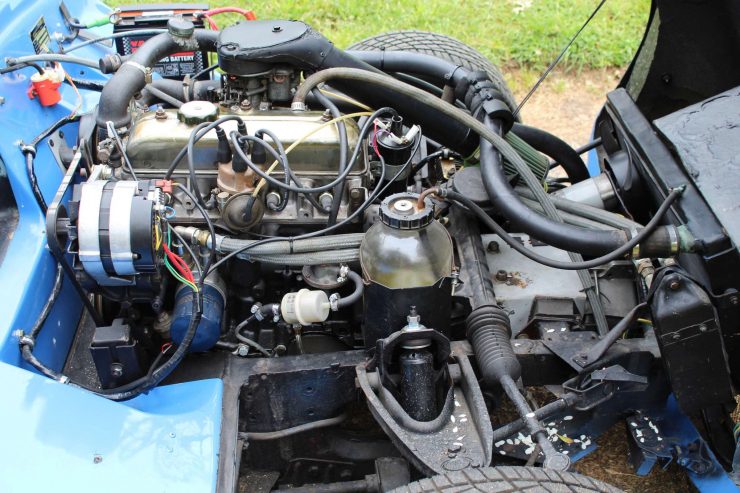 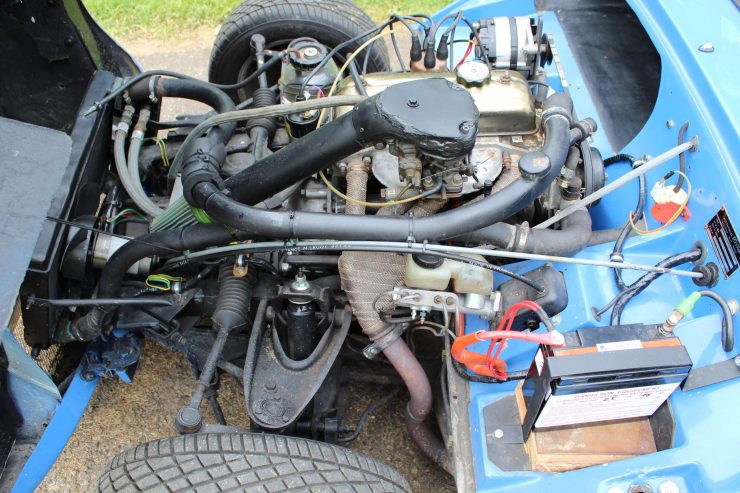 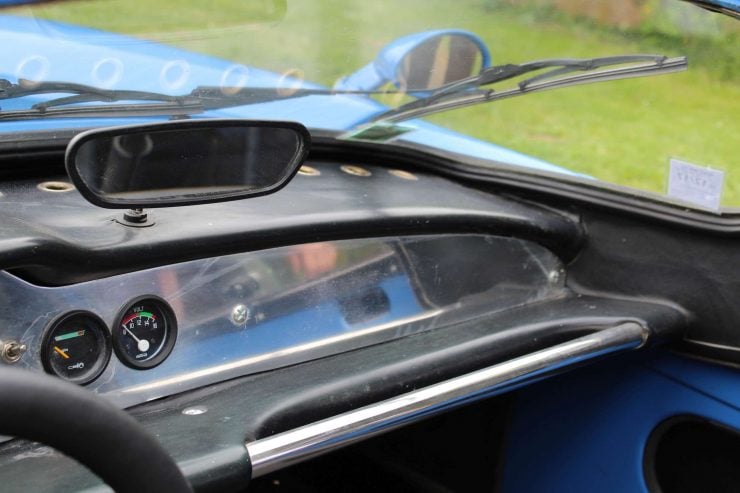 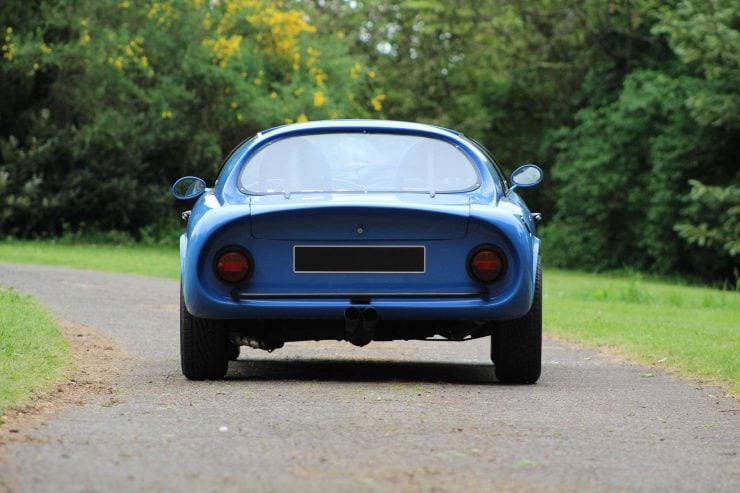 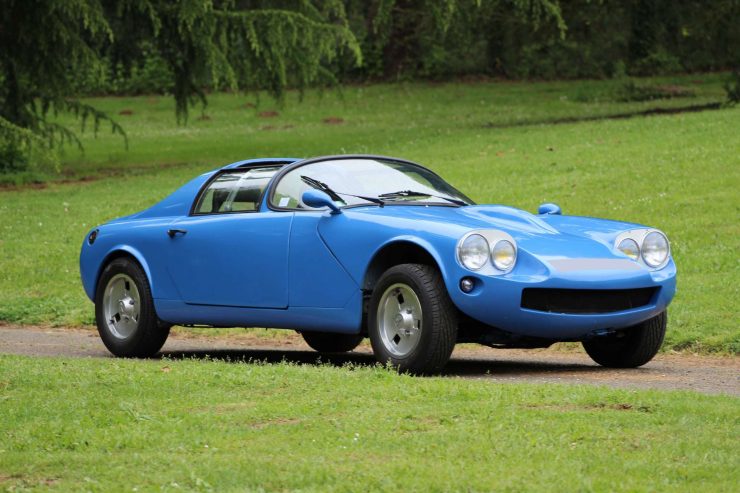 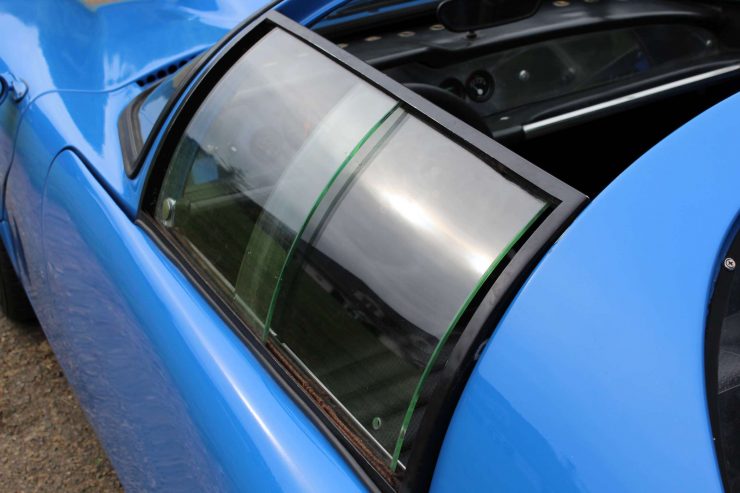 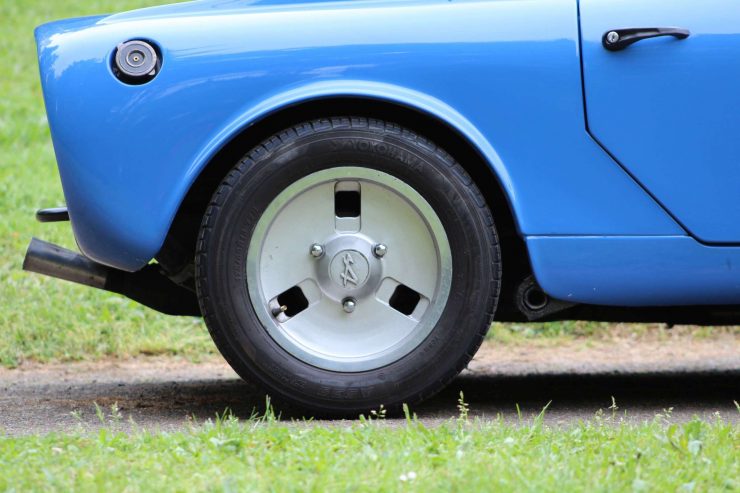 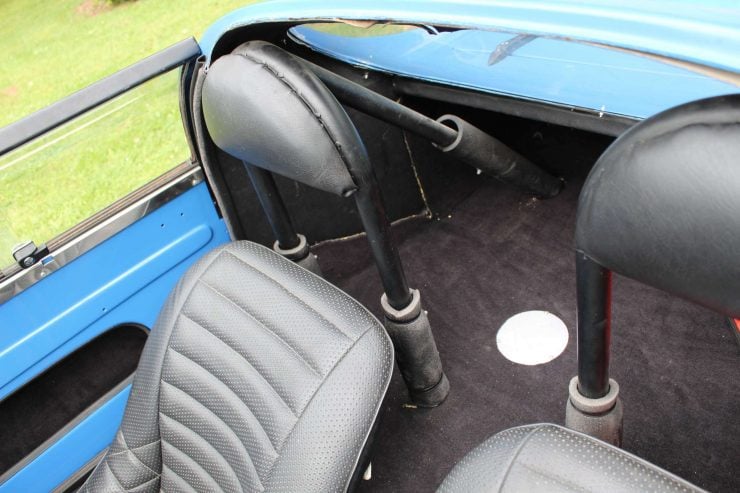 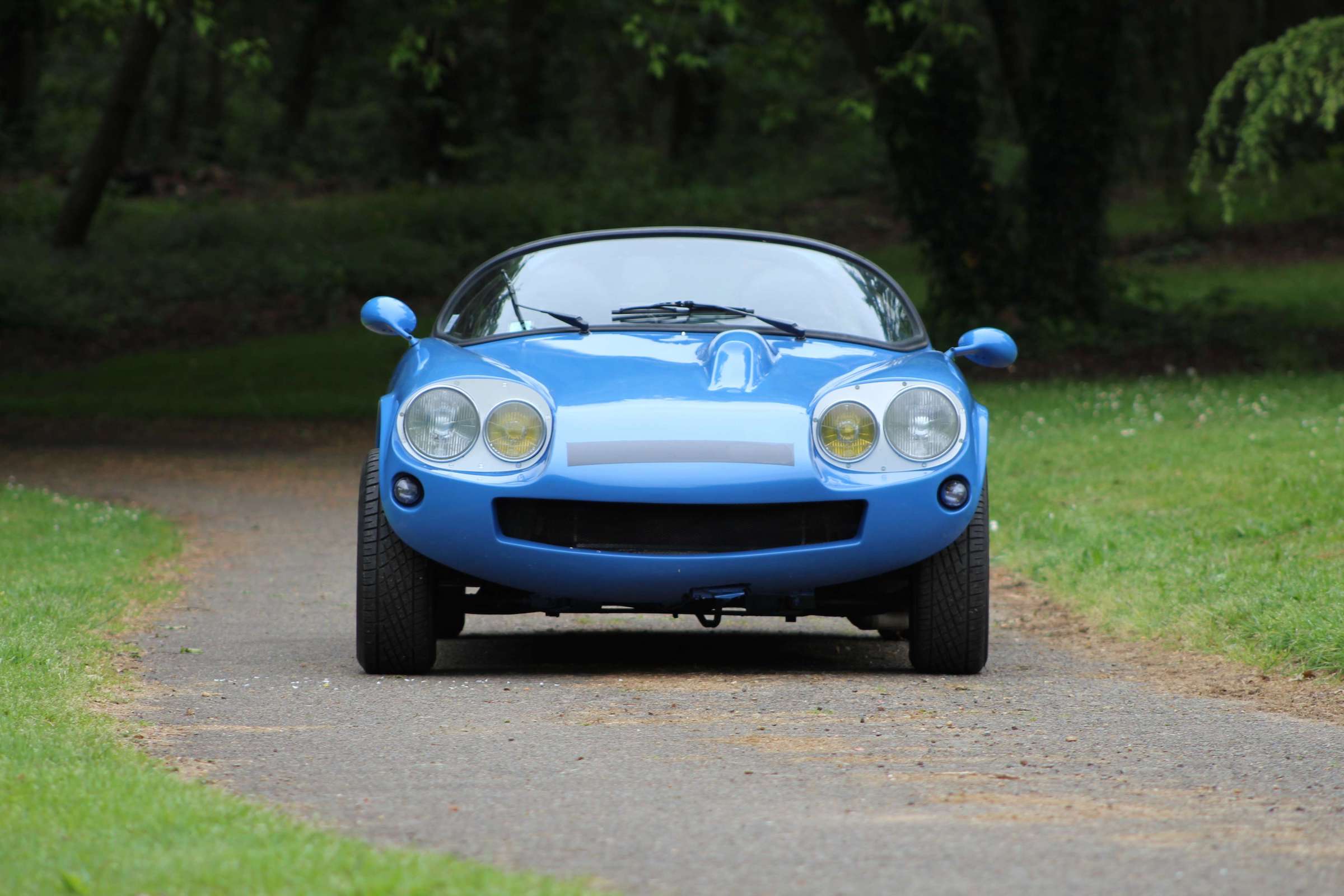