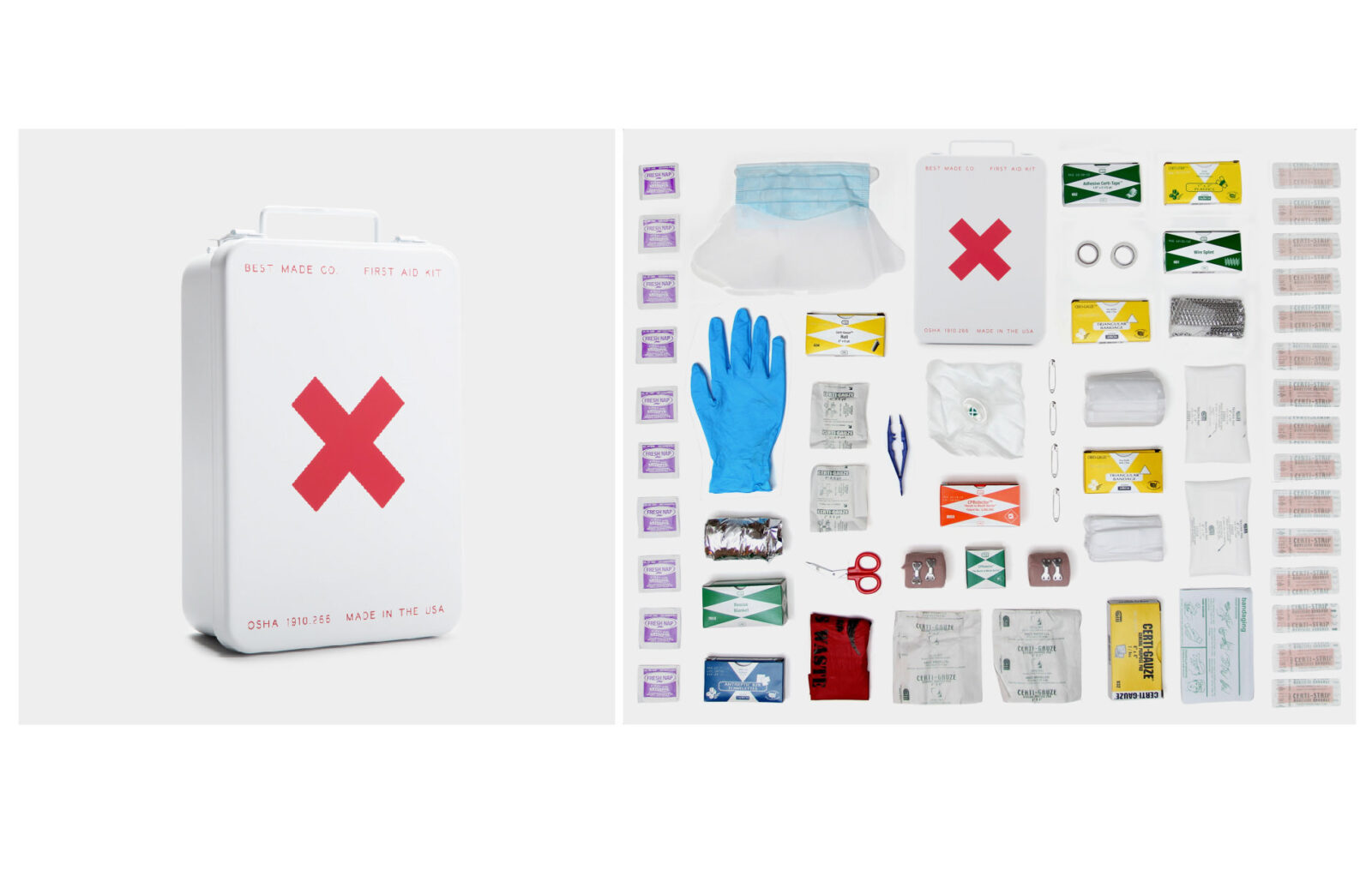 Although a good first aid kit isn’t considered particularly rock n’ roll, it is an essential item for any adventure – from an afternoon hike in some local hills to an overlanding expedition to Victoria Falls.

The Large Metal First Aid Kit built by Best Made is designed to be an all-in-one solution containing everything you might need in a common emergency, inside a sturdy metal dust and moisture-resistant box with hanging brackets. This kit is OSHA certified, approved by the US Forest Service, and its contents are 100% made in Kansas City, MO. 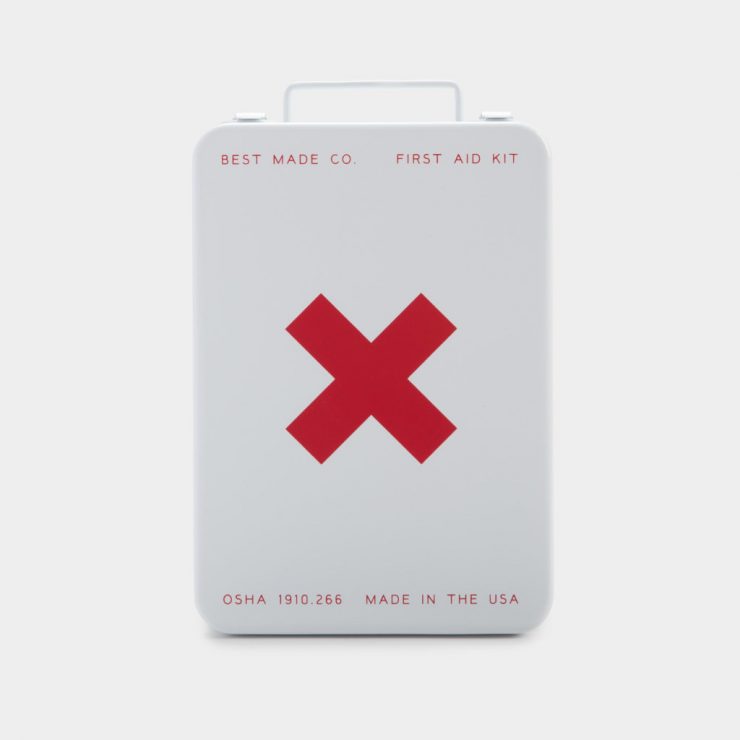 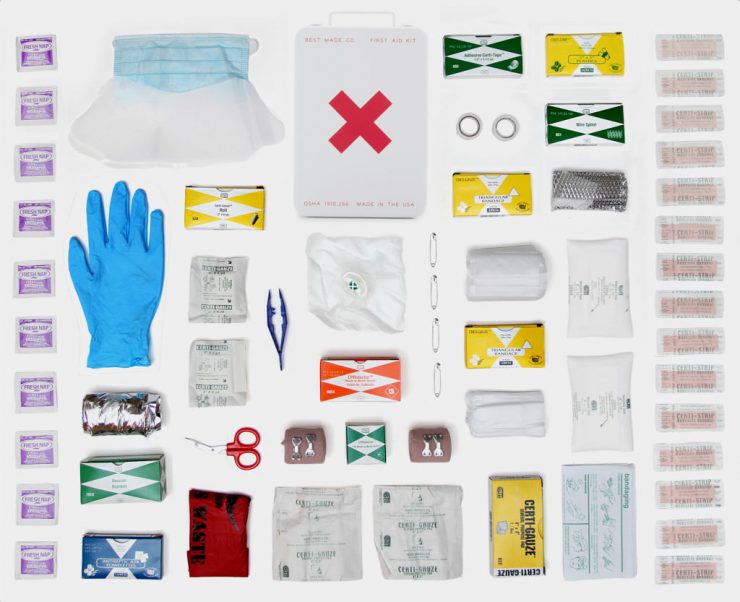