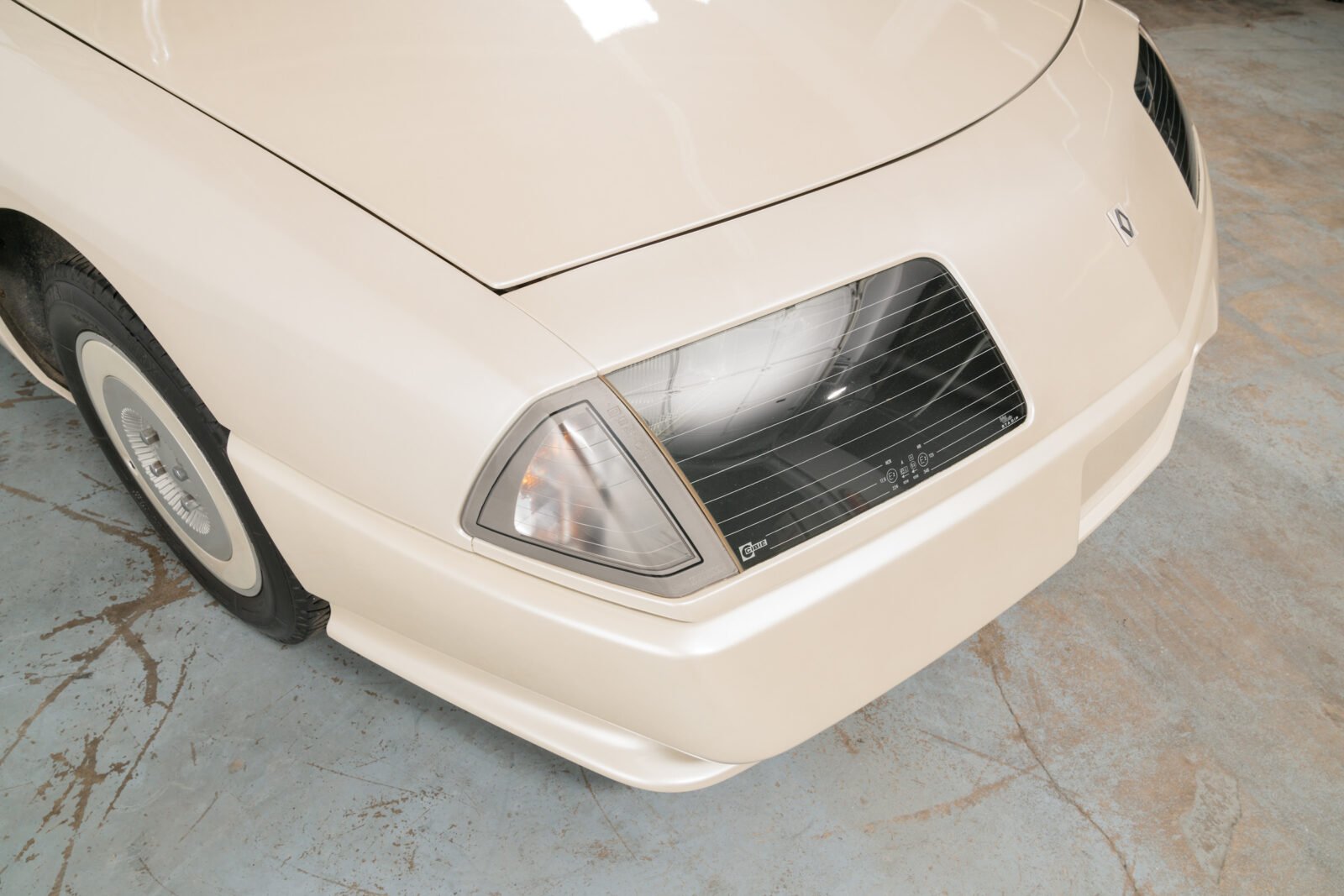 The Renault Alpine GTA V6 was the successor to the Alpine A310, both cars share similar retro-futuristic 1980s styling, with lightweight fiberglass bodies mounted on a tubular steel backbone chassis.

A Brief History of the Renault Alpine GTA V6

Alpine was established in 1955 by Jean Rédélé who ran a Dieppe garage, and had proven successful at racing modified French cars in events like the Mille Miglia and the Coupe des Alpes (the Alpine Rally). Alpine was closely associated with Renault from its early days, using many Renault parts in their road and race cars, in 1973 Renault bought Alpine but the company continued to operate with significant autonomy.

The most famous of the original Alpines is almost certainly the Alpine A110 – a stunningly beautiful sports car designed by Giovanni Michelotti that proved exceptionally successful as a rally car. The A110 won a slew of races culminating in the car taking the inaugural World Rally Championship in 1973, it wasn’t until the arrival of the Lancia Stratos in 1974 that the dominance of the car was usurped. 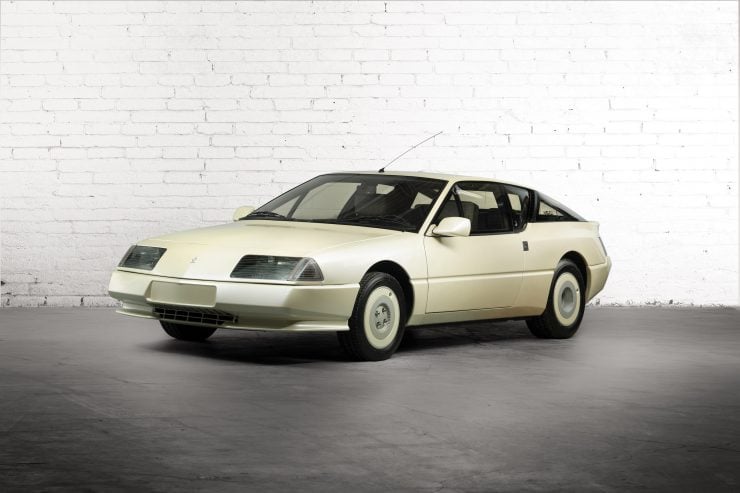 The Renault Alpine GTA V6 first appeared in late 1984, it shared a clear design link with the outgoing A310, but there were no body panels in common between the two cars, and the construction methods were notably different.

Unlike the A310 which has a one-piece fiberglass body, the GTA was built from a series of fiberglass and polyester panels. This significantly simplified production, and it made both insurance companies and panel beaters far happier – as fixing a unitary fiberglass shell is a specialized skill that often proved quite expensive.

The GTA used two major engine types both mounted in the rear, the Renault 2458cc PRV Z7U Turbo V6, and the Renault 2849cc PRV Z6W V6. These were coupled to the Renault UN1 transaxle gearbox, that was also used on the Renault 25 and Lotus Esprit. There were a few special editions of the GTA offered, including but not limited to the Europa Cup, the Mille Miles, and the Le Mans.

The sleek styling of the Renault Alpine GTA was remarkably aerodynamically efficient, with a 0.28 drag coefficient – a world record at the time and still notably better than many modern sports cars. 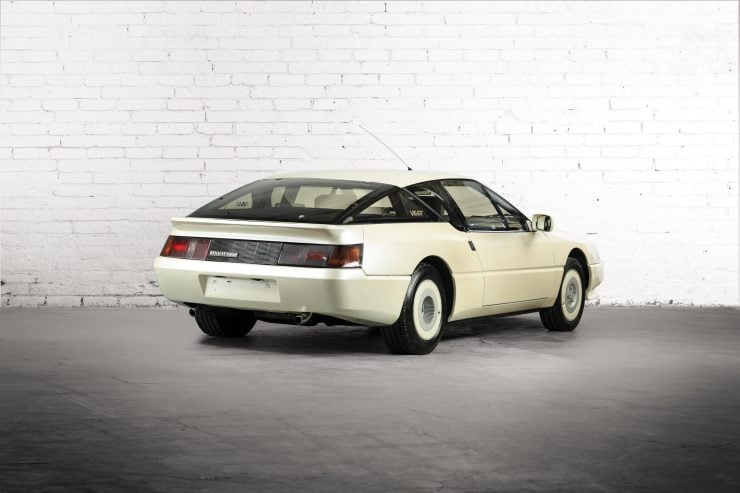 Renault Alpine would keep the GTA in production from 1984 till 1991, at which time they replaced it with the Alpine A610 – it had been decided to drop “Renault” from the name as some felt it detracted from the luxury sports car image, and perhaps hurt sales.

The GTA you see here is from the first full year of production, it’s fitted with the naturally-aspirated 158 hp, 2.8-liter PRV V6 engine and manual 5-speed gearbox. It presents well in unrestored condition throughout, and 28,000 kilometers on the odometer.

It’s due to be offered by RM Sotheby’s at the Fort Lauderdale auction on the 6th of April with an estimated value of between $40,000 and $50,000 USD. The car is accompanied by many spares including two door panels, an original spare tire cover, multiple hoses and pressure lines, fuel filters, oil filters, spark plugs, front and read break pads, hydraulic cylinders for the rear hatch, assorted fuses and bulbs, belts and complete maintenance manuals. 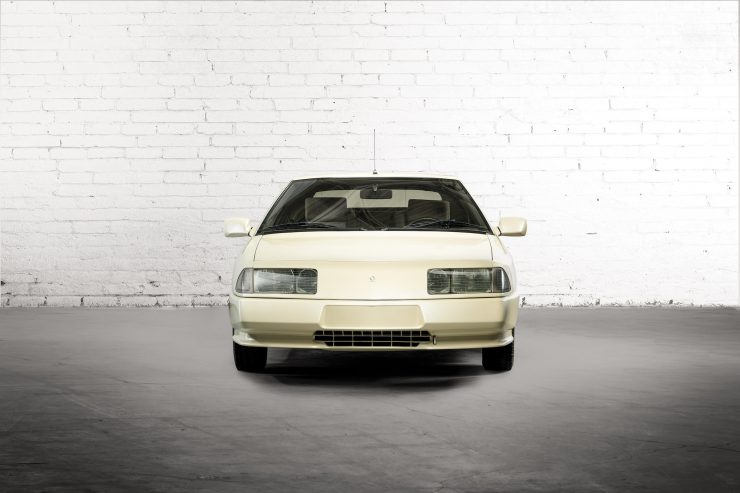 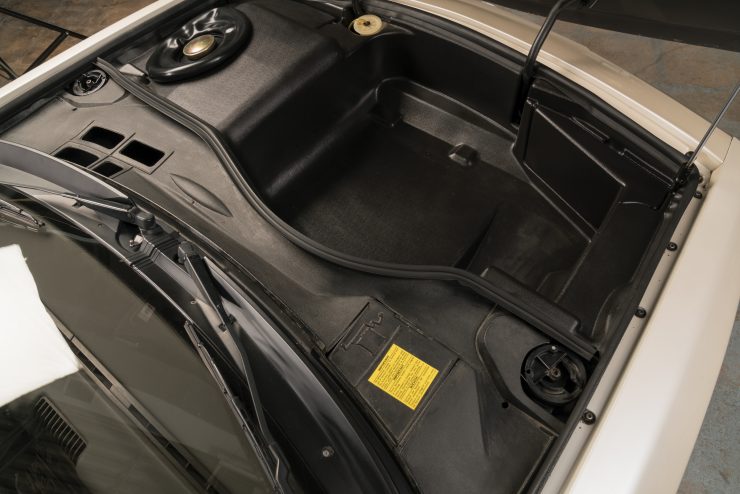 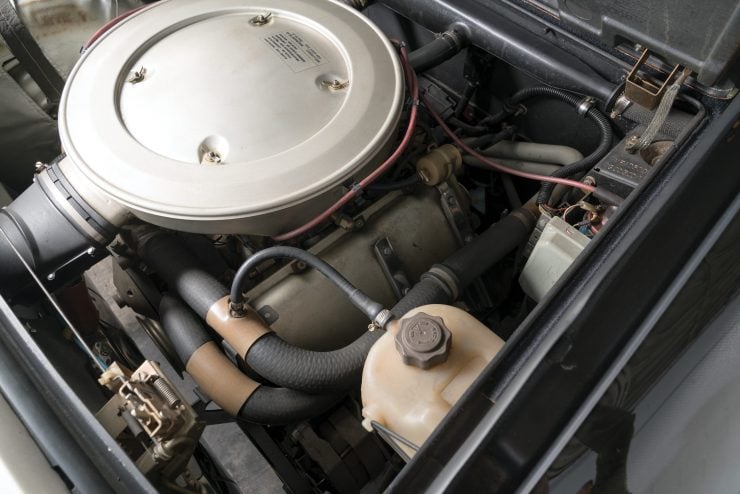 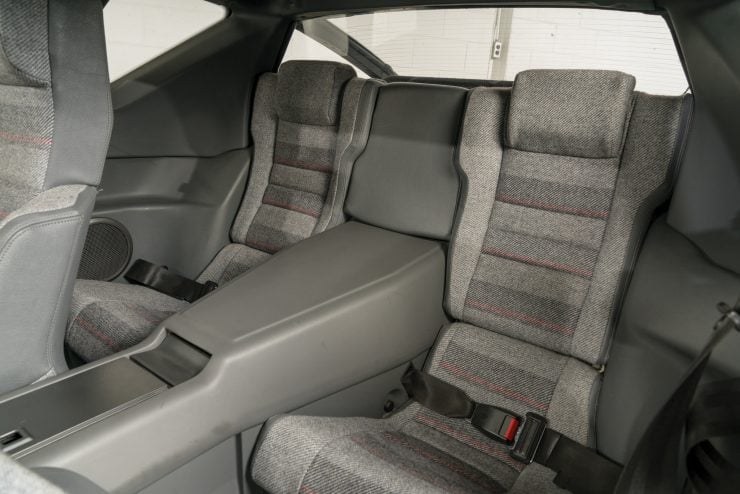 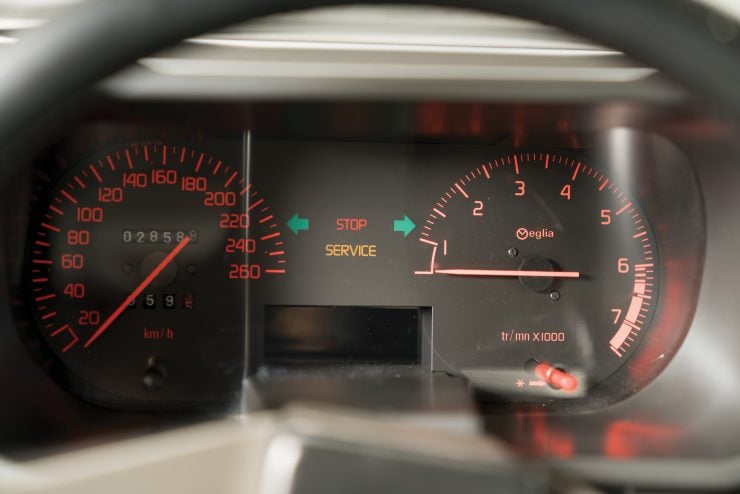 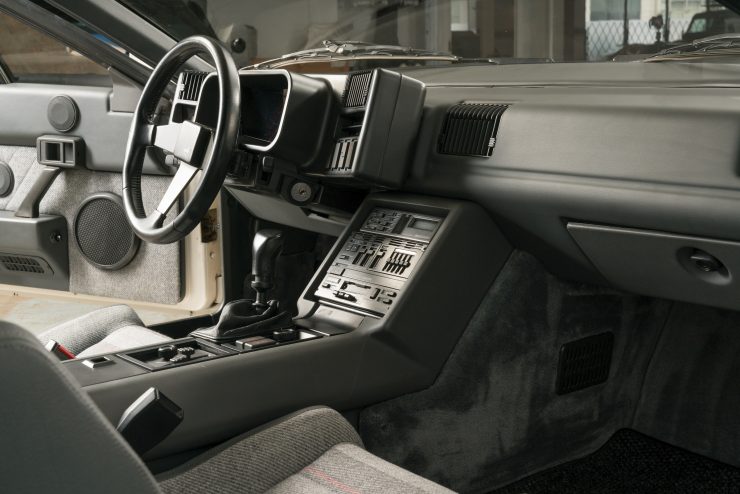 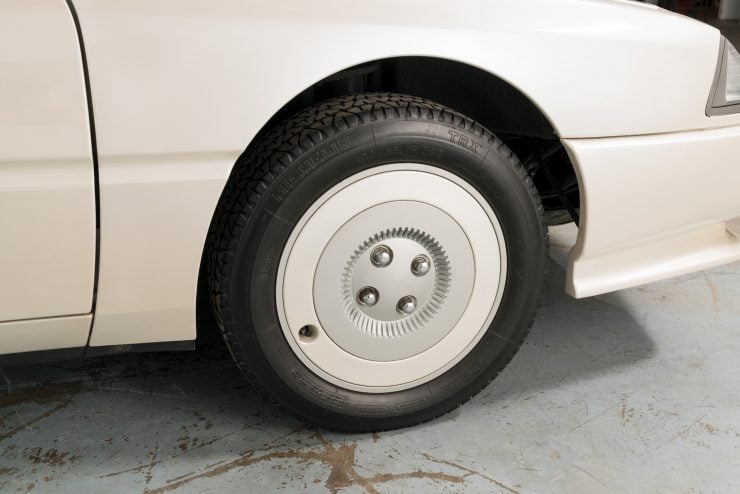 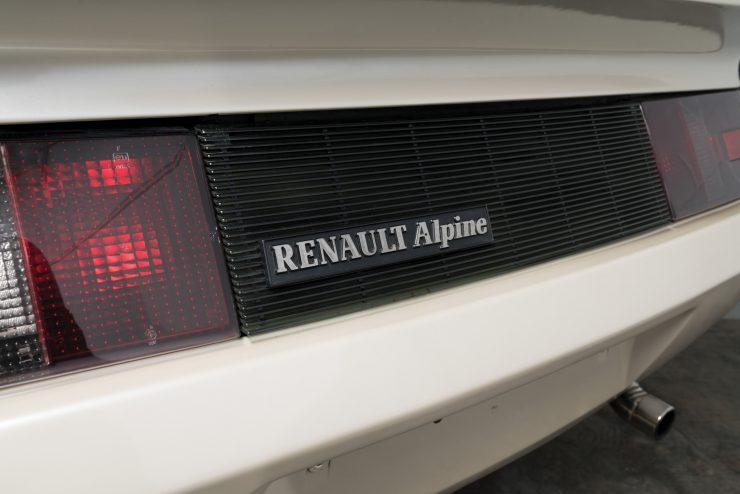 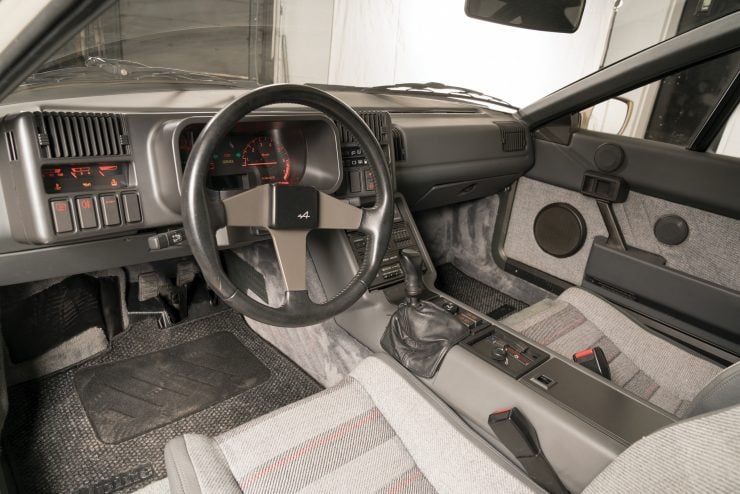 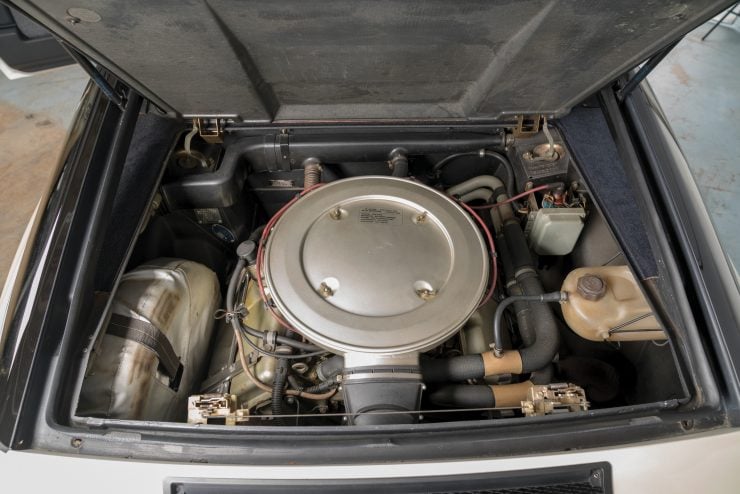 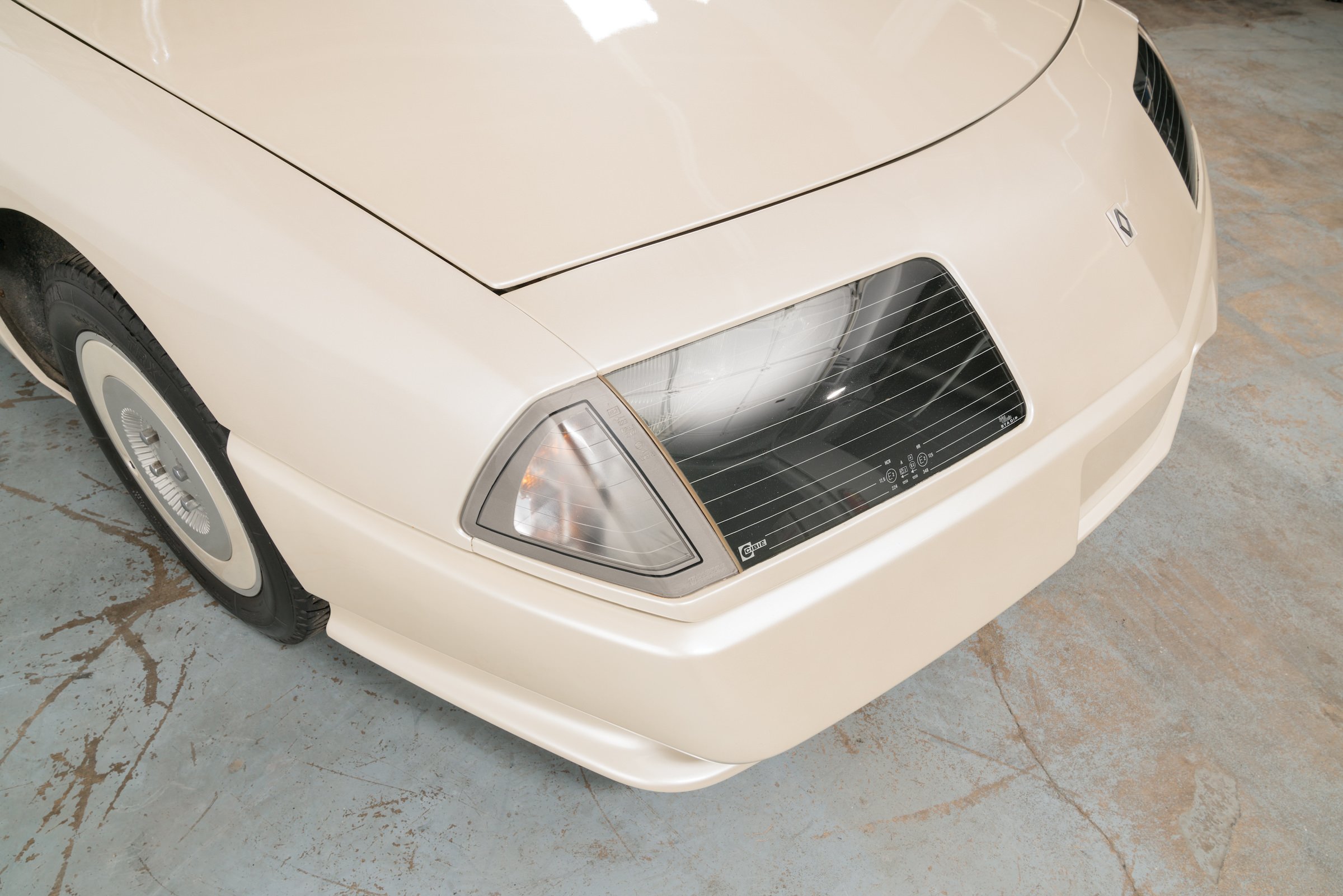