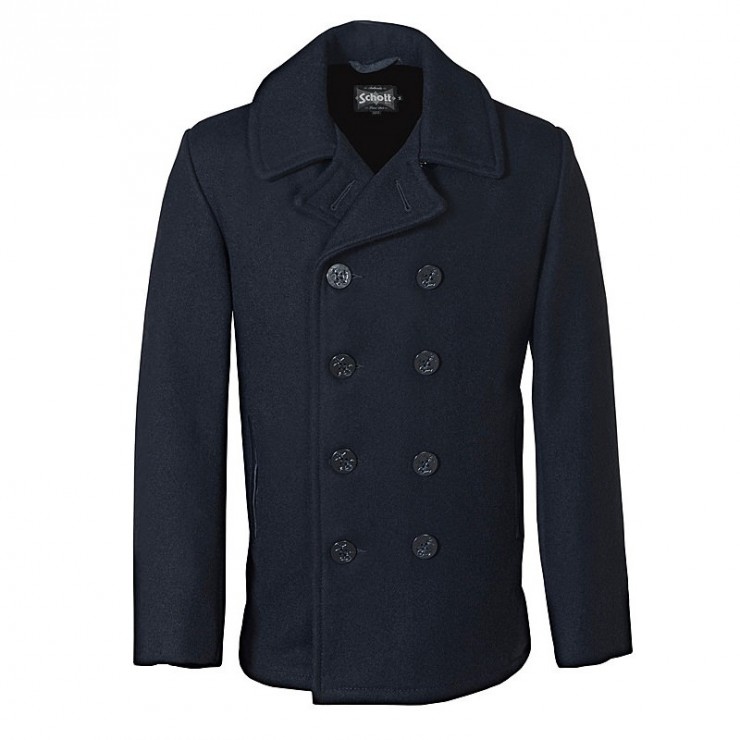 The Slim Fitting Wool Peacoat by Schott is a winter wardrobe staple, the 24 ounce Melton wool is exceedingly warm and the steel buttons are sewn on so thoroughly that you could probably use one to suspend yourself from the ceiling.

The jacket is available in Jet Black, Oxford Grey or Navy Blue and each one has two interior pockets as well as four exterior pockets. Schott’s wool peacoat is made in Canada by people who know a thing or two about making warm clothing, in fact with this jacket and a hip flask you could probably trudge your way to the South Pole. Although it’s not as cheap as the polyester-sweat-shop-Walmart equivalents this jacket will literally last you decades.

This is the new Sidewaze motorcycle jacket from Fuel, it’s been designed in a style reminiscent of the jackets worn by flat track racers back in the sport’s heyday, and it’s made from 100%full…